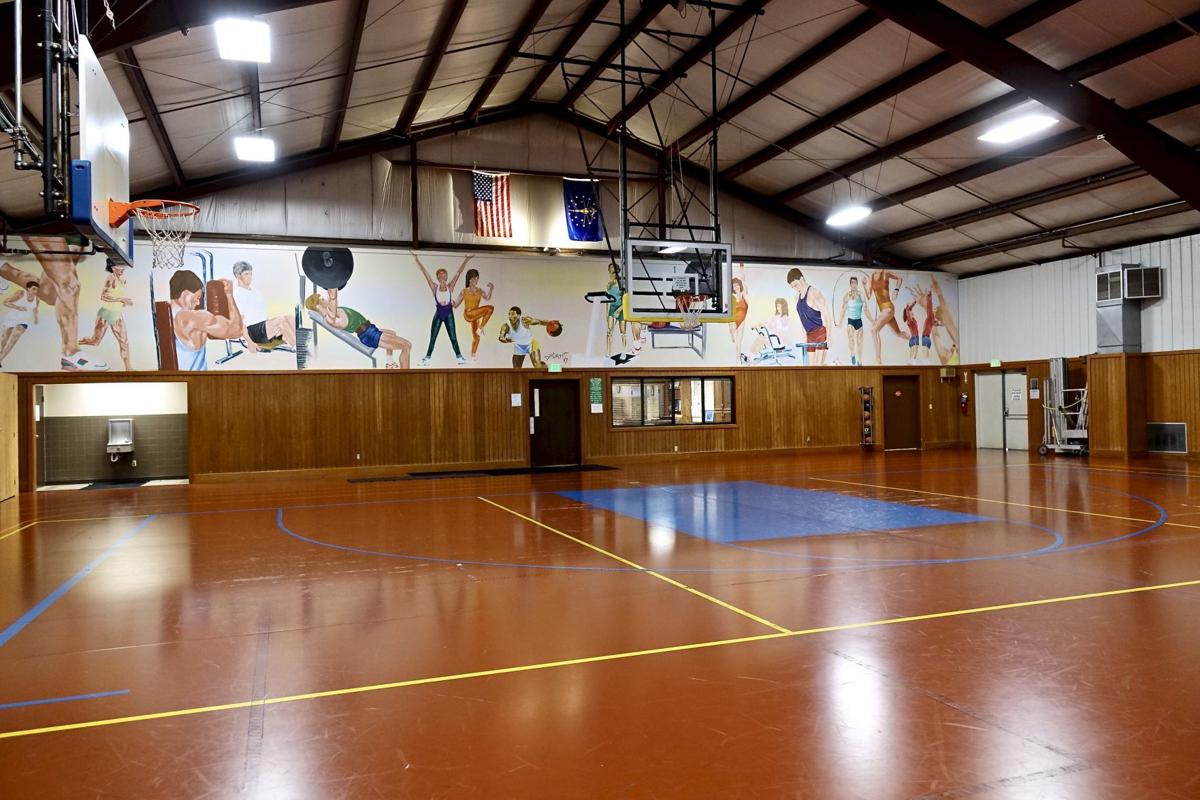 Some creases in the gym floor are visible in the Ligonier recreation center’s gym. 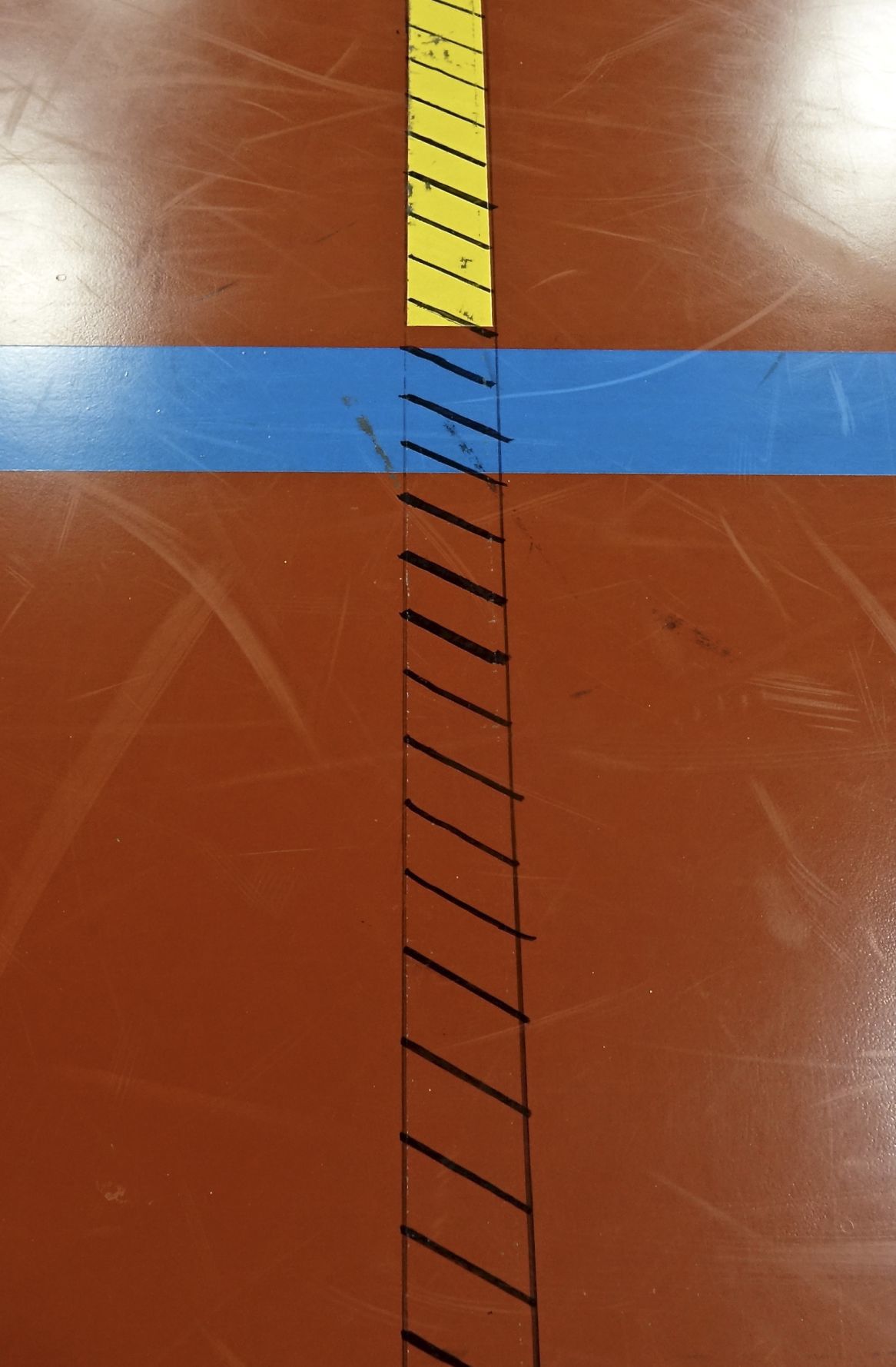 A permanent marker line marking a pickleball court is drawn on top of the gym floor at the Ligonier recreation center. 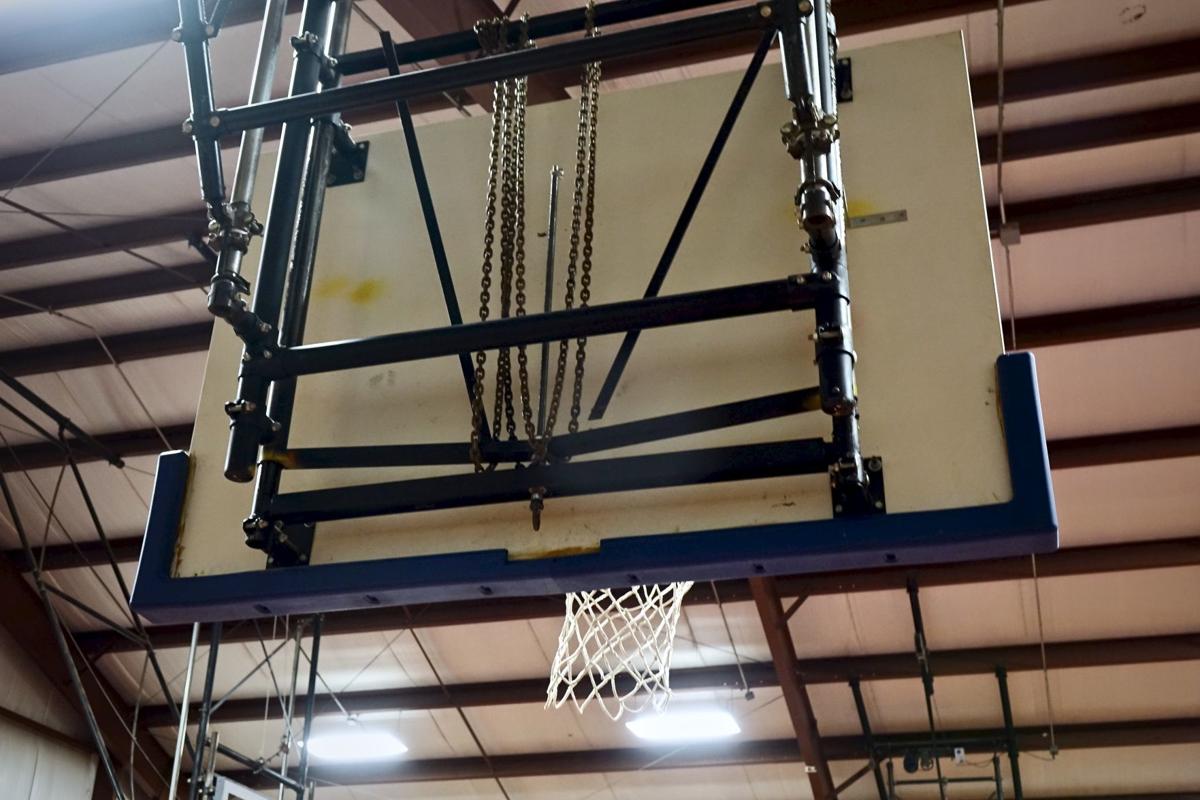 A basketball goal that fell is bent and is slated to be replaced at the Ligonier recreation center.

Some creases in the gym floor are visible in the Ligonier recreation center’s gym.

A permanent marker line marking a pickleball court is drawn on top of the gym floor at the Ligonier recreation center.

A basketball goal that fell is bent and is slated to be replaced at the Ligonier recreation center.

LIGONIER — Having grown up here, Ligonier Park Director Travis Brimhall has been coming to the recreation center since he was a kid.

Unfortunately, not much has changed in the 40 years at the rec center, as far as facilities go.

It’s not hard to tell that some things are older, or need a fresh coat of paint. But when Brimhall stepped into his role this past summer, he started discovering one thing after another that needed fixed or replaced altogether.

Now, he’s taking these repairs one project at a time.

The biggest thing is likely the gym floor. Being the same Brimhall used growing up, it’s now cracking with age.

“The seams are where I think they’ve already fixed it once or twice, and now, the seams are starting to split,” Brimhall said.

Another blemish is how pickleball courts are marked on top of the gym floor in permanent, black marker.

He’s already looking into fixing the floor, but that might come with a hefty price tag. A recent quote for a rubber floor rang in at about $80,000, with fixing the shifting concrete underneath about $30,000.

Someone who appraised the job estimated the concrete underneath to be so expensive to fix because of the potentially hazardous materials used in constructing it.

“When these floors were done back in the day, they used a lot of heavy metals, mercury and stuff,” Brimhall said. “He said, if you have to rip this out, we’re looking at probably $30,000 just in disposal fees.”

Replacing the gym floor would create another problem, too, which would shut down the track, basketball courts, pickleball courts, and fitness classes held there for about three weeks.

Also, the only entrance to the weight room is off the back of the gym, so finding another entrance to that facility might be a task for Brimhall.

It’s questionable if he would be able to create another entrance to the weight room in that event, since he was told that it was built not on the park’s property, but on West Noble Primary’s land.

Brimhall hasn’t made a final decision on the gym floor yet, but in the meantime, he’s busy at work taking care of other projects around the center.

Another, and possibly the next major project on the list, is replacing the basketball goals. Recently, one had fallen while people were in the gym.

When Brimhall looked at it, some metal parts holding it up had been worn away, and its motor had been burnt out.

There’s another goal with a C-clamp hooked on the back.

“I don’t know why it’s C clamped shut like that,” Brimhall said.

After basketball season, the goals are likely to be replaced.

Some projects Brimhall has already completed include cleaning out the utility room, replacing the hot tub in the men’s locker room, installing a new sound system and making small repairs, like changing light bulbs.

When he cleaned the utility space, which contains heating and electrical elements as well as cleaning supplies, he found cleaners he didn’t know the rec center owned, saving him money in the future.

Initially, coming in, Brimhall worked tirelessly to do all he could to get started on projects and figure out ways to run the department more efficiently.

“I mean, when you come from the RV industry, you go in, and when you punch in, you do your job until it’s done, and then you go home, whether it’s four hours or 12 hours, once you finish them, and I brought that mentality in here,” Brimhall said.

He admitted he had to be reminded to use his paid time off before the end of the year in December.

The better news is the building itself, which is a little over 40 years old, is not in disrepair.

“The building itself is in good shape,” Brimhall said. “Structurally, it’s sound.”

The goal for Brimhall is to keep his hometown in good shape, and hopefully, keep people interested in living in Ligonier.

“Let’s make this better where everybody enjoys coming back home,” he said.