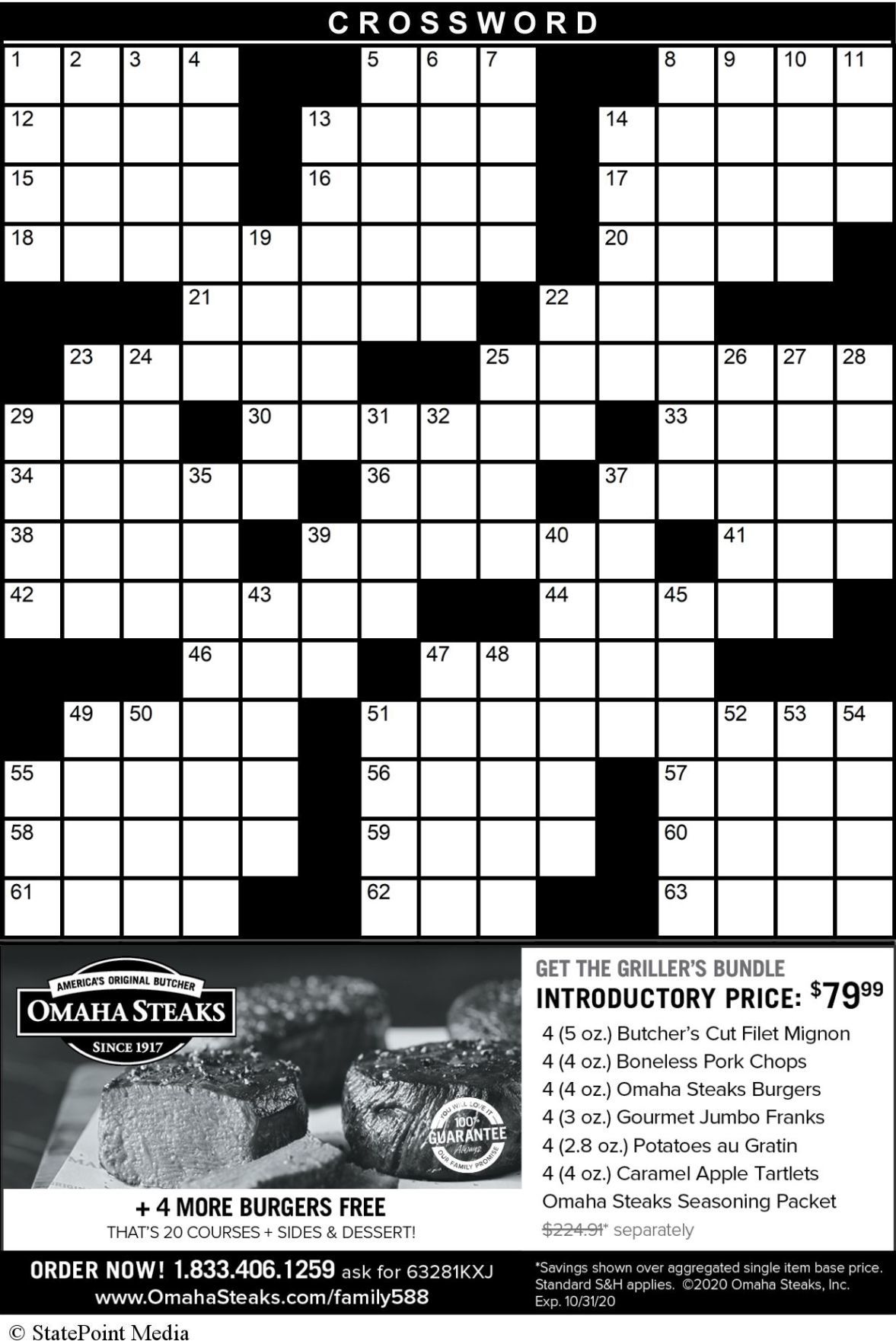 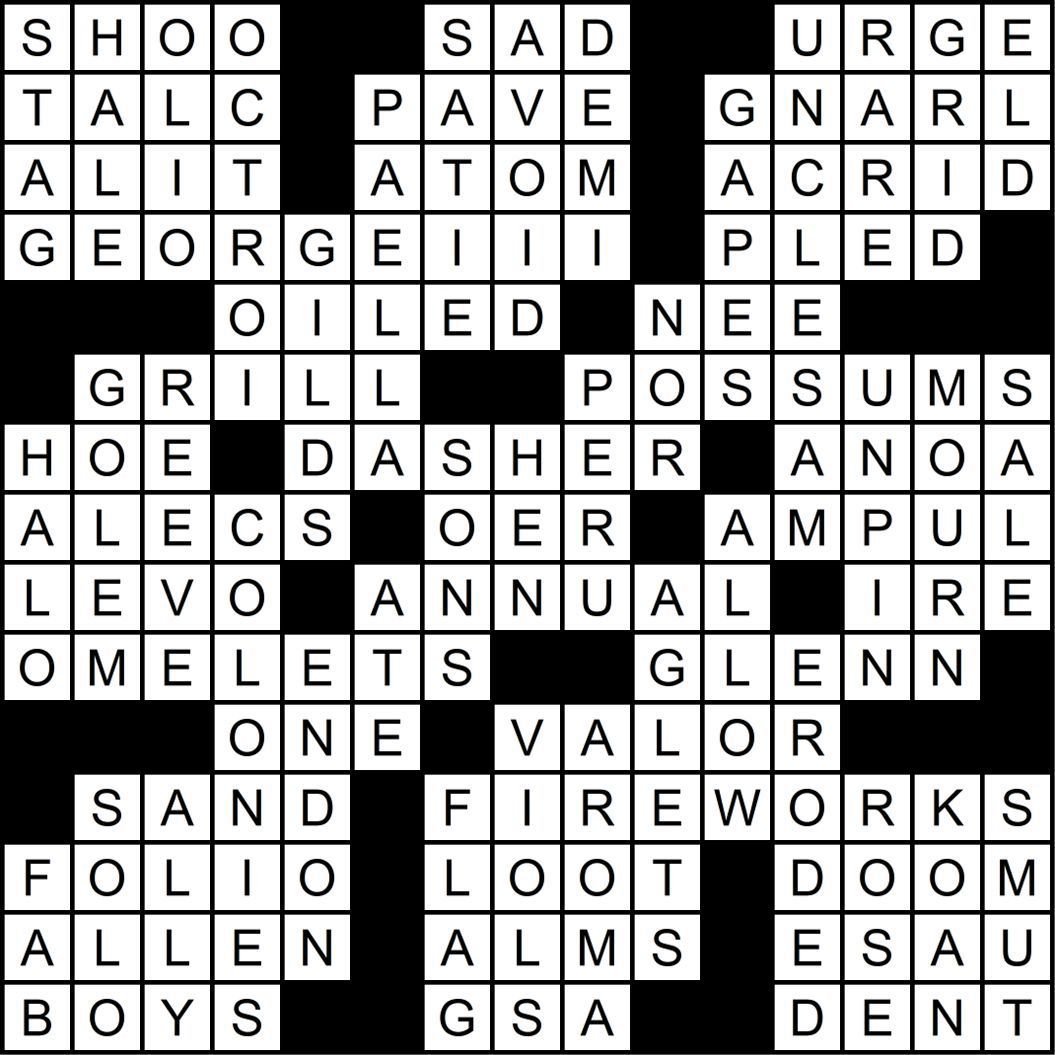 THEME: THE 4TH OF JULY

23. *Preferred cooking device on the 4th

38. Part of both levorotary and levorotatory

46. *Jefferson was three and Washington was ___

28. *Many retailers hold one for the 4th of July

39. *What contestants did at Nathan’s Hot Dog Eating Contest

51. *It should never touch ground

52. Official flower of the Kentucky Derby