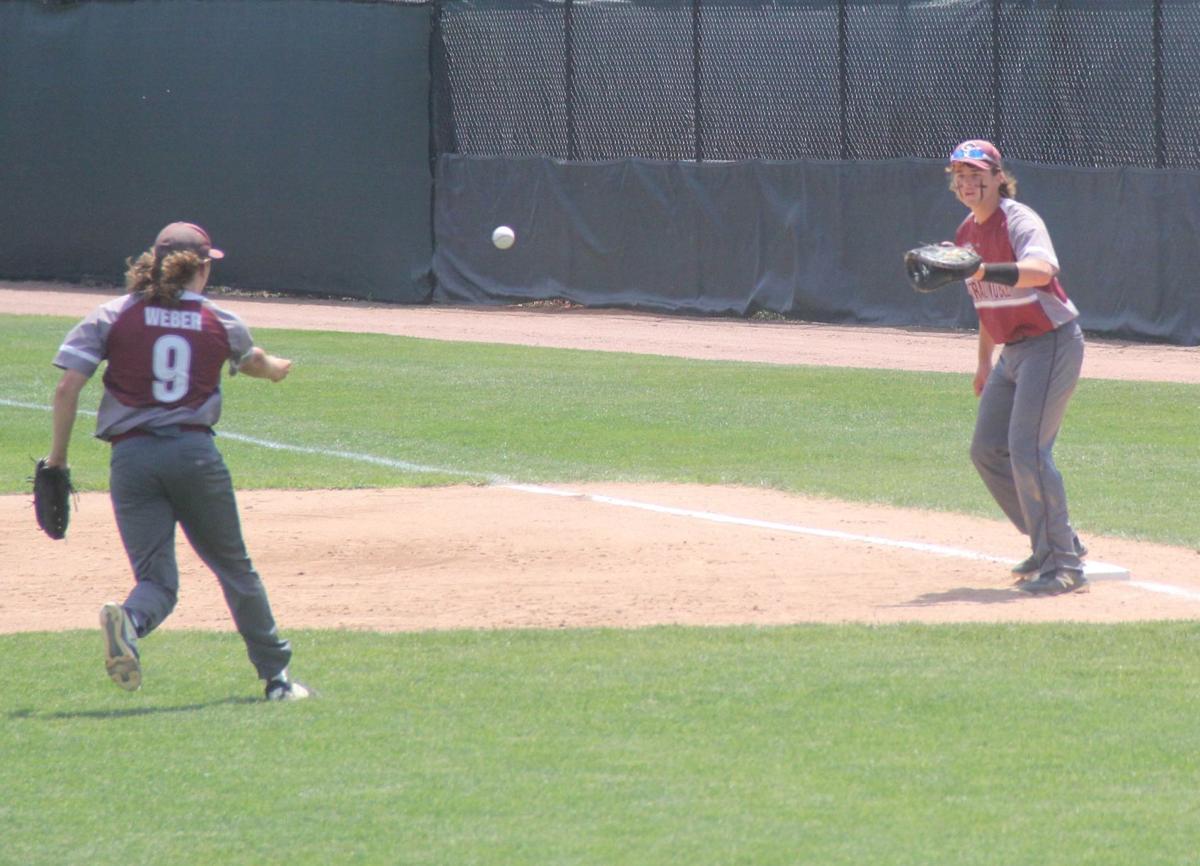 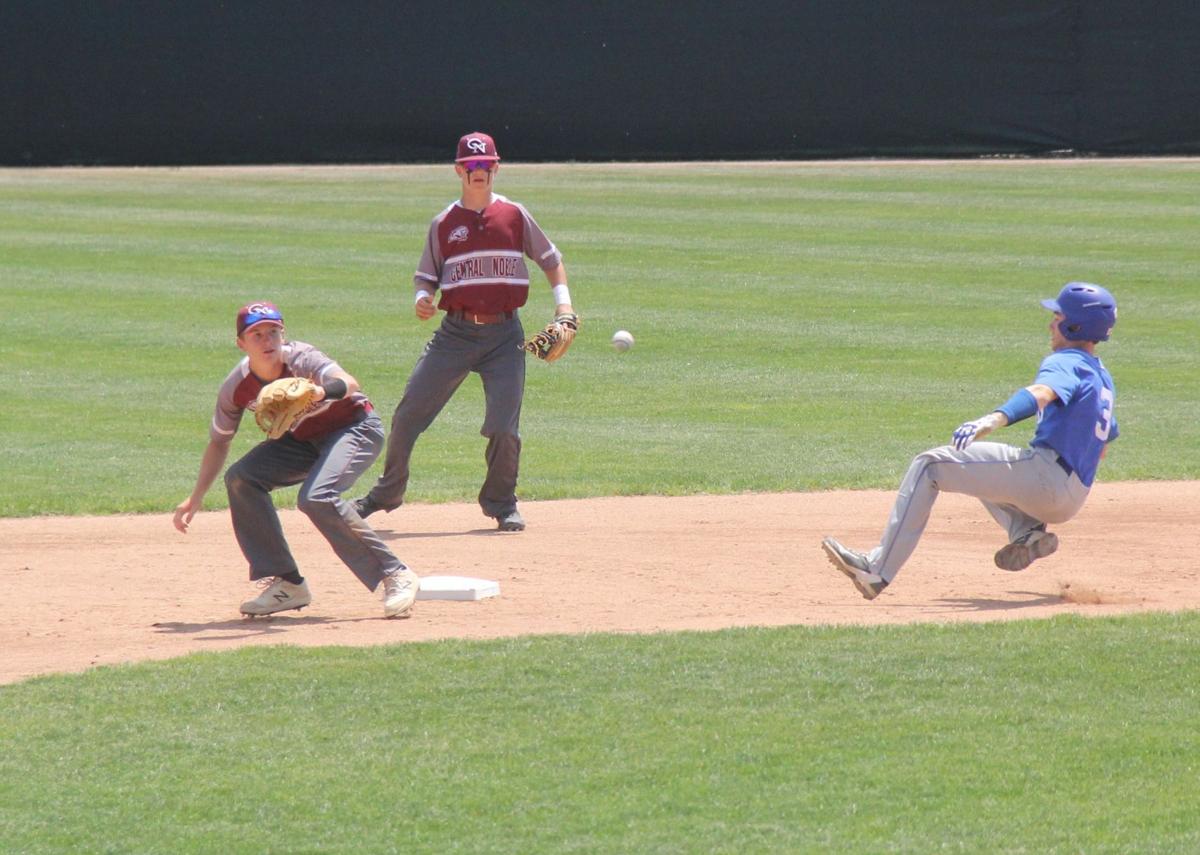 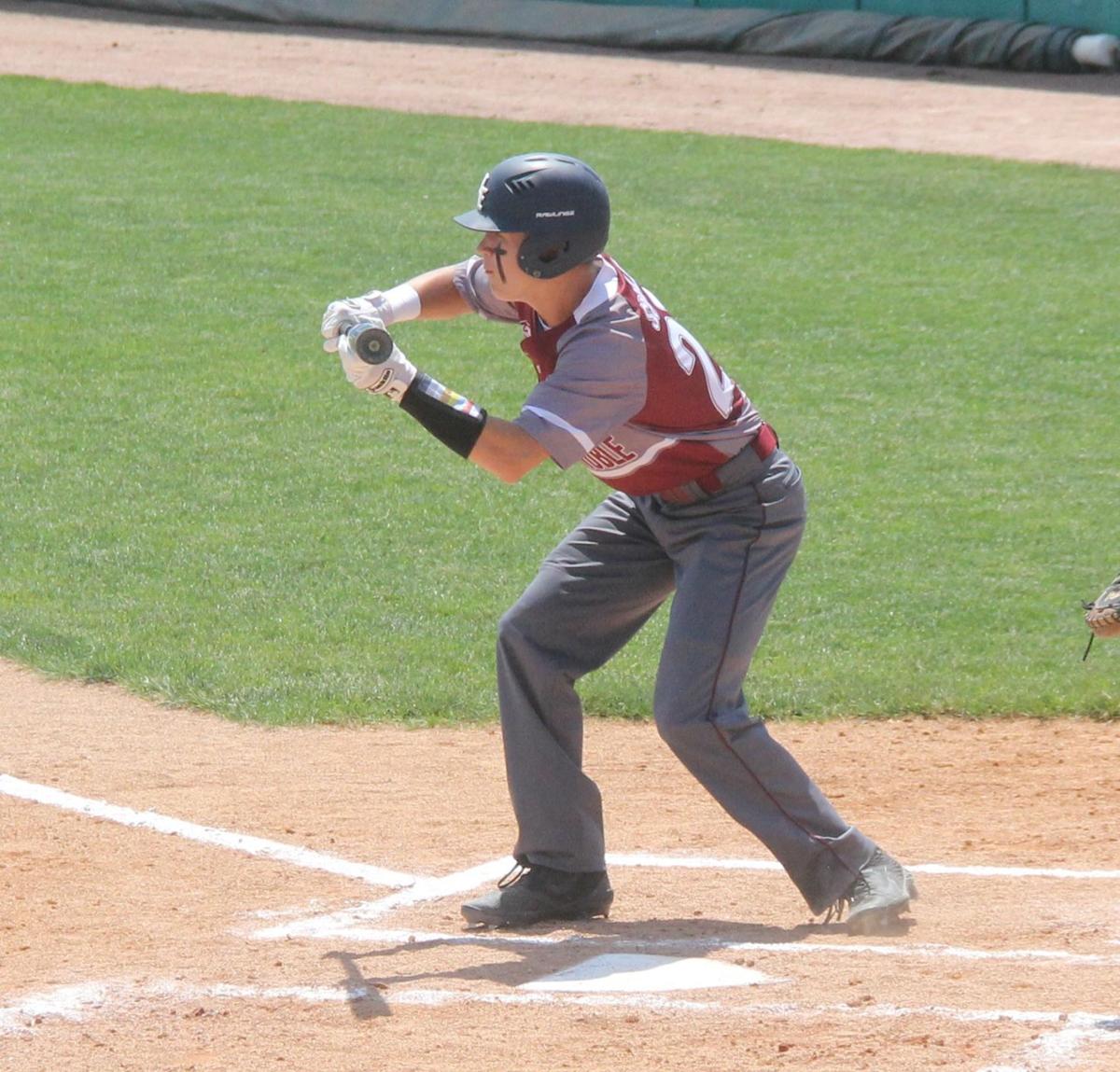 Central Noble’s Tyler Shisler squares up to attempt a bunt during his team’s regional game with Boone Grove. Shisler connected for a hit to drive in the winning run later in the game.

Central Noble’s Tyler Shisler squares up to attempt a bunt during his team’s regional game with Boone Grove. Shisler connected for a hit to drive in the winning run later in the game.

WHITING — It wasn’t the ending the Central Noble baseball team wanted, but they’ve laid a solid foundation for future teams to build upon.

The Cougars’ season ended Saturday with an 18-3 loss to Eastside in the regional championship game at Oil City Stadium in Whiting, but the day also came with the first regional win in program history.

Earlier, Central Noble battled with Boone Grove for nine innings before prevailing 3-2. Eastside advanced with a 7-1 win over Wheeler earlier in the day.

That set up an all-Northeast Corner Conference championship game in the far northwest corner of the state.

In the title game, the Cougars scored first, but Eastside responded with 10 runs in the second on the way to the win.

“There’s nothing to hang our heads about. We had a heck of a season. We just ran out of steam there at the end,” Cougar coach Tyler Graybeal said.

“It’s the first regional game we’ve won in school history, so the boys have nothing to hang their heads about and everything to be proud of.”

The Cougars learned a lot about themselves in an early-season five-game losing streak, losing to Homestead and East Noble.

“We played a lot of tough teams to get us ready. The whole angle was to win a sectional and get to regional,” Graybeal said. “Going through that little losing stretch helped us, seeing better competition.”

The Cougars finished with a 15-15 record.

It took nine innings before Central Noble freshman Tyler Shisler delivered a walk-off single to give his team a 3-2 win over Boone Grove.

The switch-hitting Shisler, who was 0-for-4 in his previous at-bats, sent Andrew Murray’s 0-2 pitch into right-center to bring home teammate Dylan Eggl with the winning run.

Eggl and Jaxon Copas reached on errors and moved up on a wild pitch. The Wolves chose to intentionally walk Cade Weber to fill the bases.

With Shisler at the plate, the Cougars first attempted a suicide squeeze. Shisler missed the pitch, but Eggl was able to get back to third safely before the game-winning hit.

Weber pitched a complete game for Central Noble, and seemed to get stronger as the game went along, despite throwing in the intense heat and blazing sun.

Boone Grove (11-7) had just one runner after the sixth, and that when Central Noble intentionally walked Murray with two outs in the eighth.

Weber finished allowing six hits while striking out three. He fanned the Wolves’ Kyle Janda to end the ninth.

Each team scored single runs in the fourth and sixth innings.

The Wolves struck first when Trenton Hillier led off the fourth with a single. A sacrifice bunt by Trey Pitcock pushed him to second. He took third when Ryan Pierce reached on an error and scored on Kyle Casbon’s one-out single.

Murray led off the Boone Grove sixth with a triple when the Cougar center fielder lost his fly ball in the sun. Murray scored when Pierce hit a sacrifice fly to right.

Weber led off the Cougar fourth with a single and scored on Lance Krider’s single down the left field line.

In the sixth, Weber led off with a walk, stole second, took third on a botched pick-off attempt, and scored when Aidan Dreibelbis reached on a fielder’s choice.

The Cougars had a chance to win it in the seventh, loading the bases with one out.

Chase Spencer got things started by reaching on an error. An intentional walk to Will Hoover and an infield hit by Copas loaded the bases.

Weber hit a fly ball to right field. Charging the play, Andrew Van Rys caught the ball and threw out the runner trying to score by 10 feet to keep the game going.

Dylan Hertig had a single, double and home run, driving in four runs, and Caleb Vanover also homered for Eastside. Jack Buchanan and Hayden Gardner had two hits each. Buchanan drove in four runs and Gardner knocked in one.

The Cougars (15-15) got the game’s first run as Dylan Eggl singled and took second on an error. He moved to third on another Eastside fielding error and came home on Jaxon Copas’ sacrifice fly.

It was all Eastside after that.

Copas retired the side 1-2-3 in the first, but didn’t make it out of second as the Blazers sent 15 batters to the plate.

Vanover was hit by a pitch to start the inning. After Gardner reached on an infield hit, Buchanan brought both runners home with a double down the left field line.

Wade Miller drove in two with a single down the right field line. Hertig clobbered one over the 30-foot tall brick monster in left field. Buchanan, batting for the second time in the inning, ended the barrage with a two-run single.

The Blazers added two more in the third, with Vanover putting one over the brick monster to make it 12-1.

Central Noble didn’t quit, picking up two runs in the fifth as Copas lined a double over the center fielder’s head to bring in Eggl and Will Hoover.

Eastside scored six times in the sixth to close out the scoring.

Caeden Moughler pitched a complete game for the Blazers, allowing five hits and two walks while striking out three.