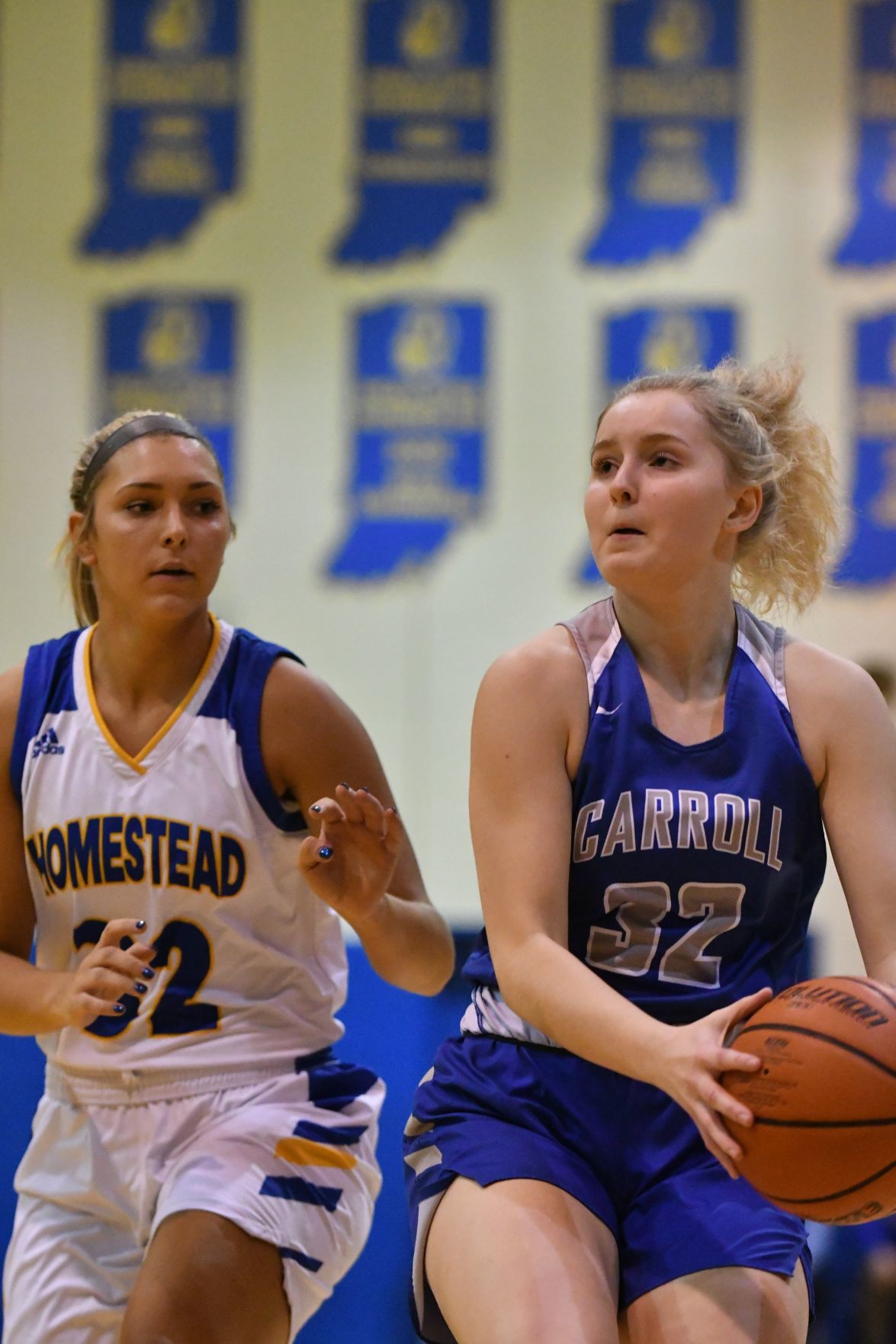 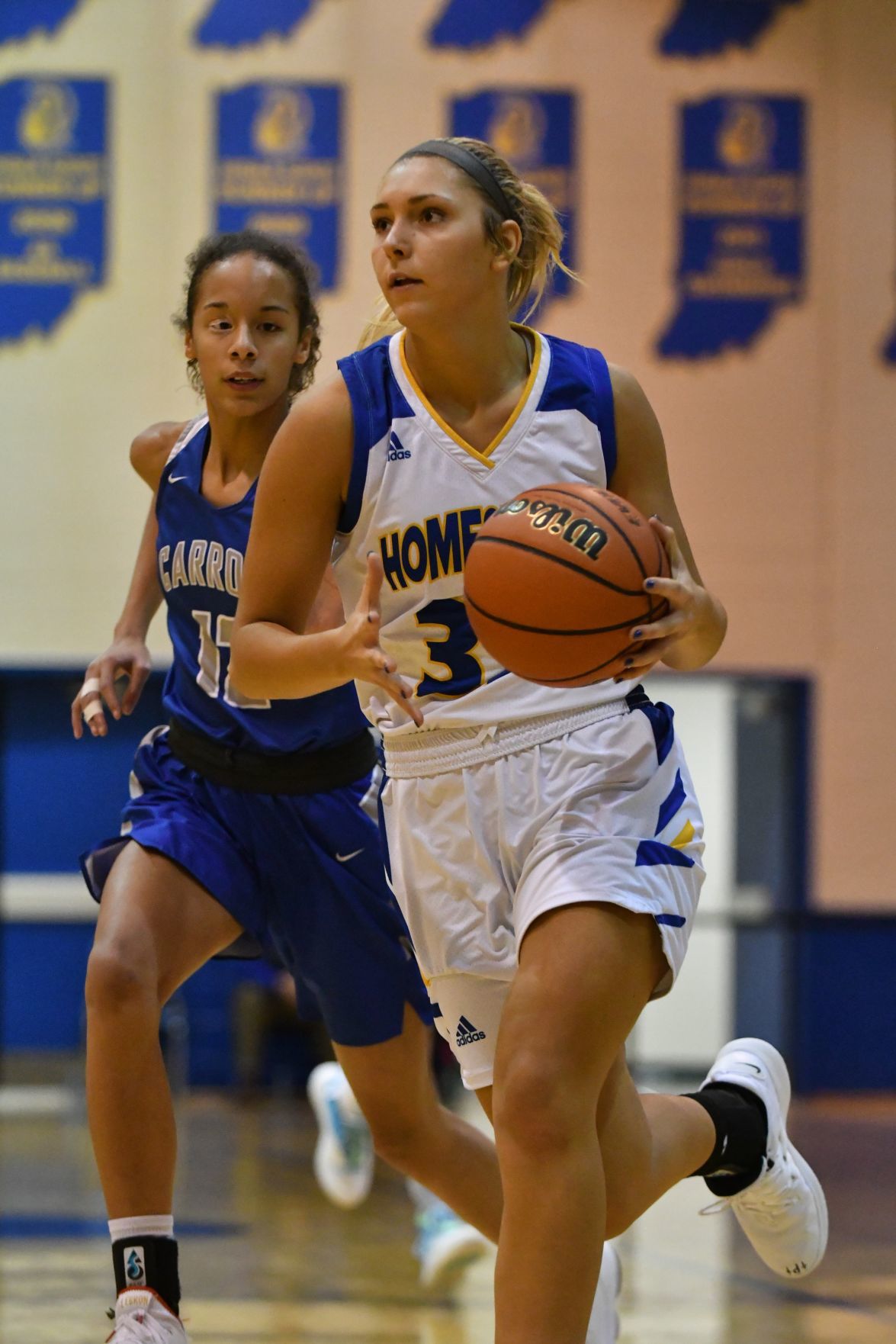 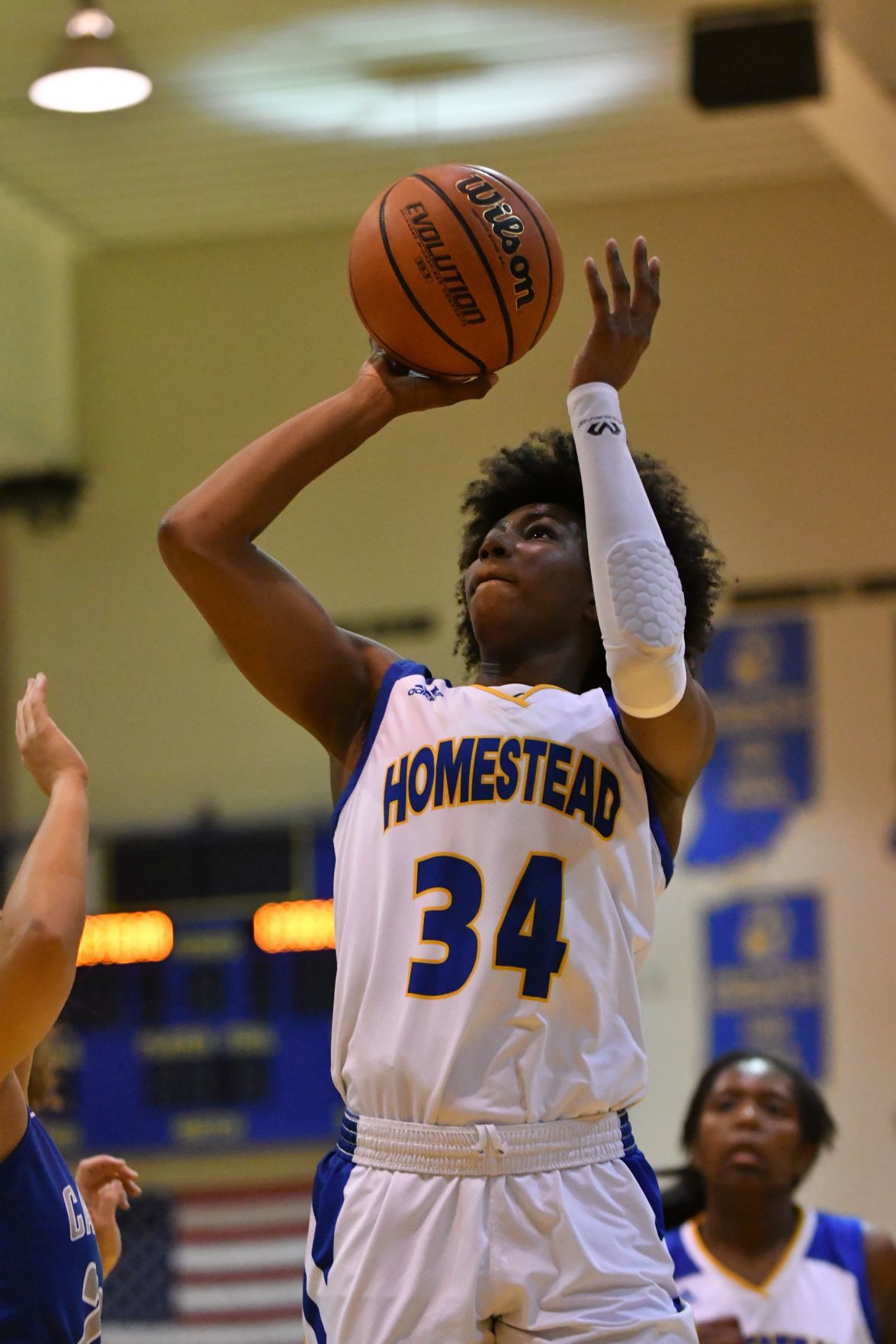 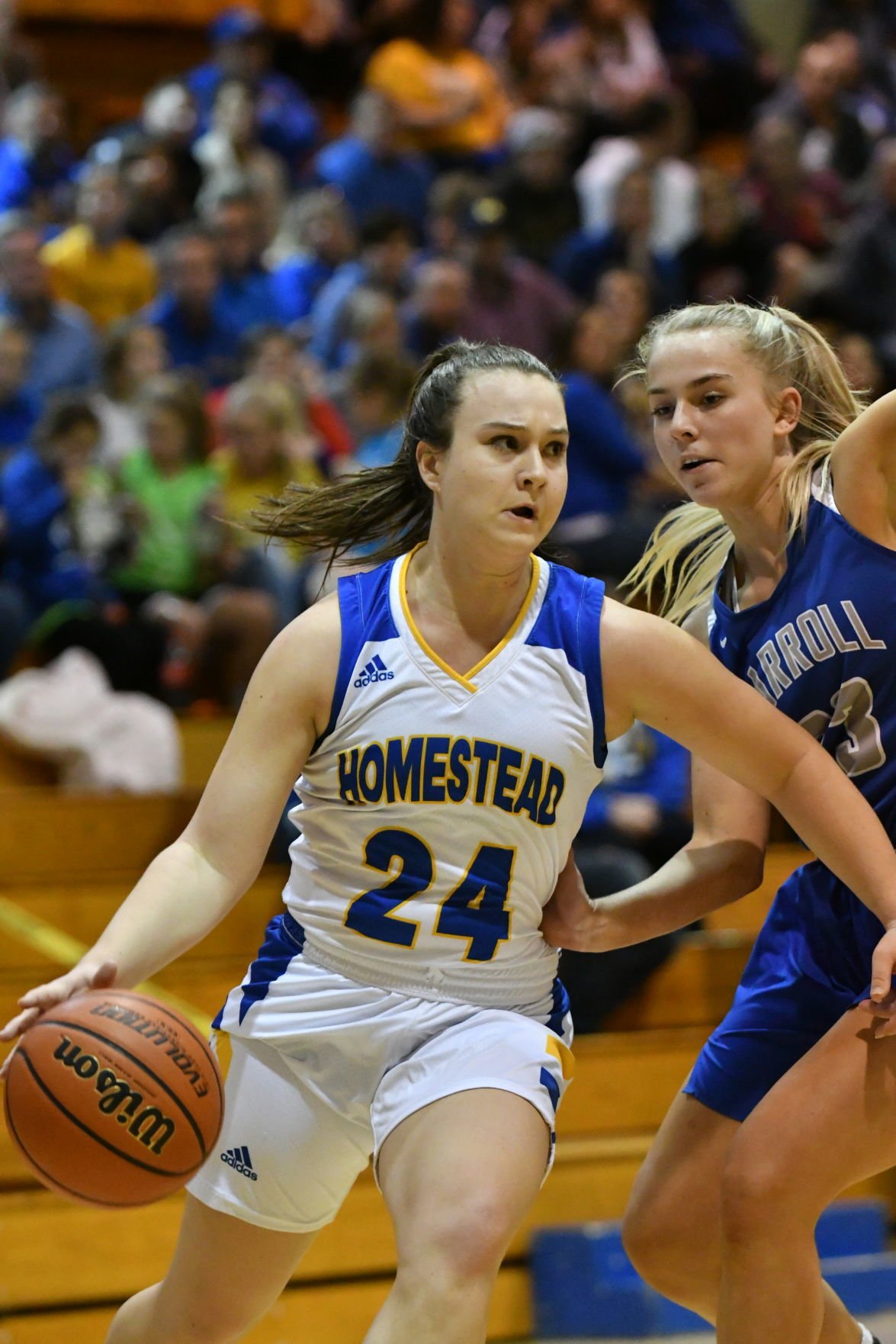 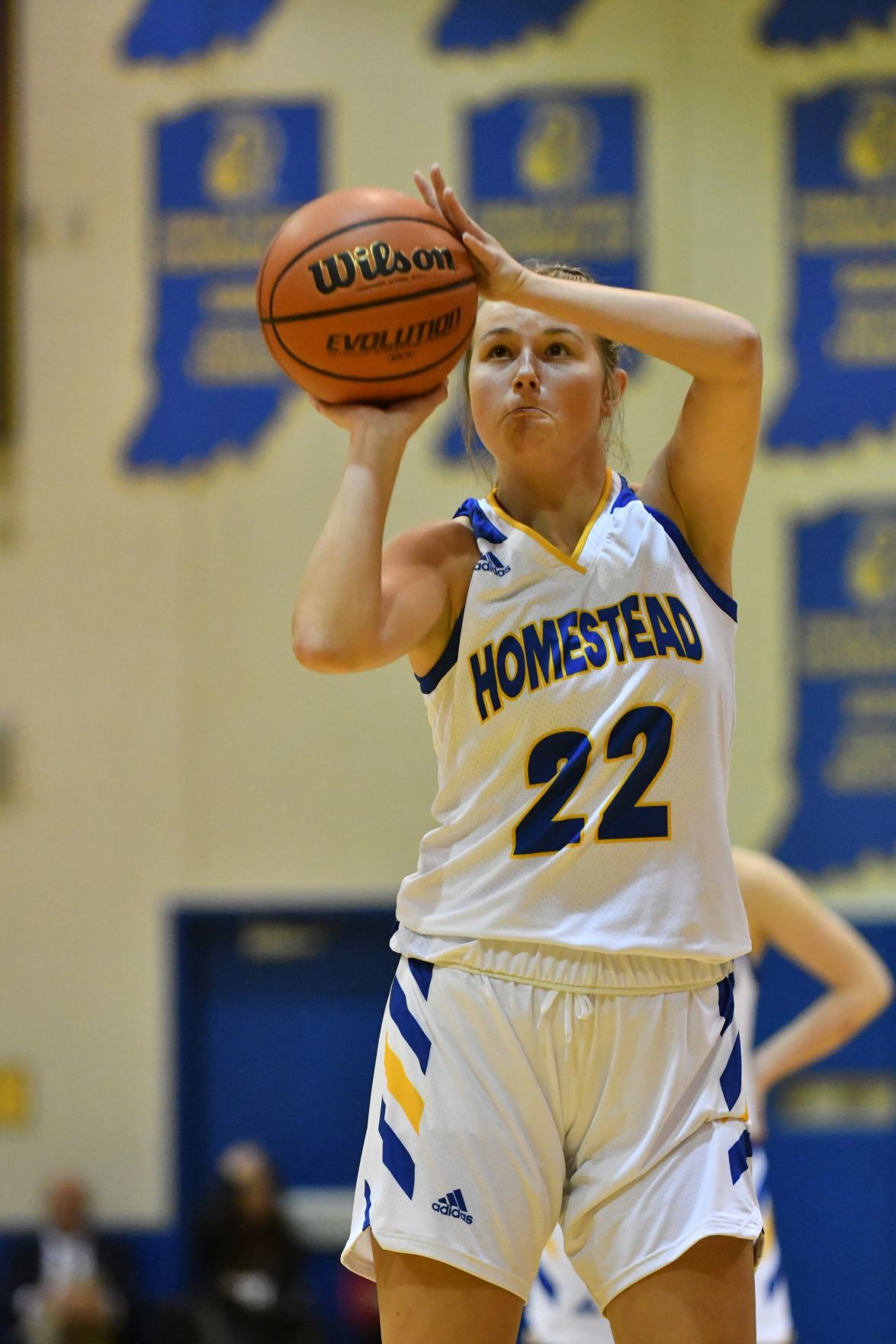 FORT WAYNE — The Carroll girls basketball team has won some its biggest comebacks in recent history this season, but it wasn’t happening Friday night at Homestead.

The Spartans were simply untouchable, handily defeating the Chargers 67-29 for their sixth straight win of the season.

“It was just another night on Friday and we knew what we were getting into, so we played hard possessions every play,” Homestead sophomore Ayanna Patterson said.

“That’s a big one. Any time we get a win in the conference, it’s big.”

Patterson, a 6-foot-3 sophomore, and senior Sydney Graber were trouble for Carroll all night.

The duo put up 25 and 23 points, respectively, accounting for more than 70% of the Spartans’ scoring. The combination of Patterson’s size and presence in the paint, and Graber’s ability to shoot the three, gave Homestead’s offense options all night.

Patterson and Graber scored all of Homestead’s 19 first-quarter points. Graber had 13 in the first eight minutes, including a trio of 3-pointers, to lead the Chargers 19-5.

While the Spartan duo continued to dominate in the second quarter, much of Homestead’s damage was done from the free-throw line.

Eight of the Spartans’ 19 points in the quarter came from the stripe — six of which combined with a trio of field goals by Patterson for a 12-point drive.

Carroll scored just four points in the second quarter — the only basket coming by way of a 3-pointer by junior guard Emily Parrett. The Spartans led 38-9 at halftime.

The Chargers saw improved shooting in the third quarter when freshman sisters Nevaeh and Saniya Jackson entered the game.

Carroll nearly managed to outscore the Spartans in the final quarter with the help of 3-pointers by sophomore Brooke Pockock and freshmen Kayla Gibbs and Taylor Fordyce. Homestead still managed a 12-10 advantage with Patterson scoring her final three buckets of the night.

“We’re going to keep teams under 30 — that’s our goal,” Patterson said. “Any team that thinks they’ve got a game with us, we’ve just got to play hard.”

The Chargers dropped to 6-2 Friday, having lost two of their last four games. They started the season with a four-game winning streak.

Parrett led Carroll in scoring with six points while pulling down a team-high six rebounds.