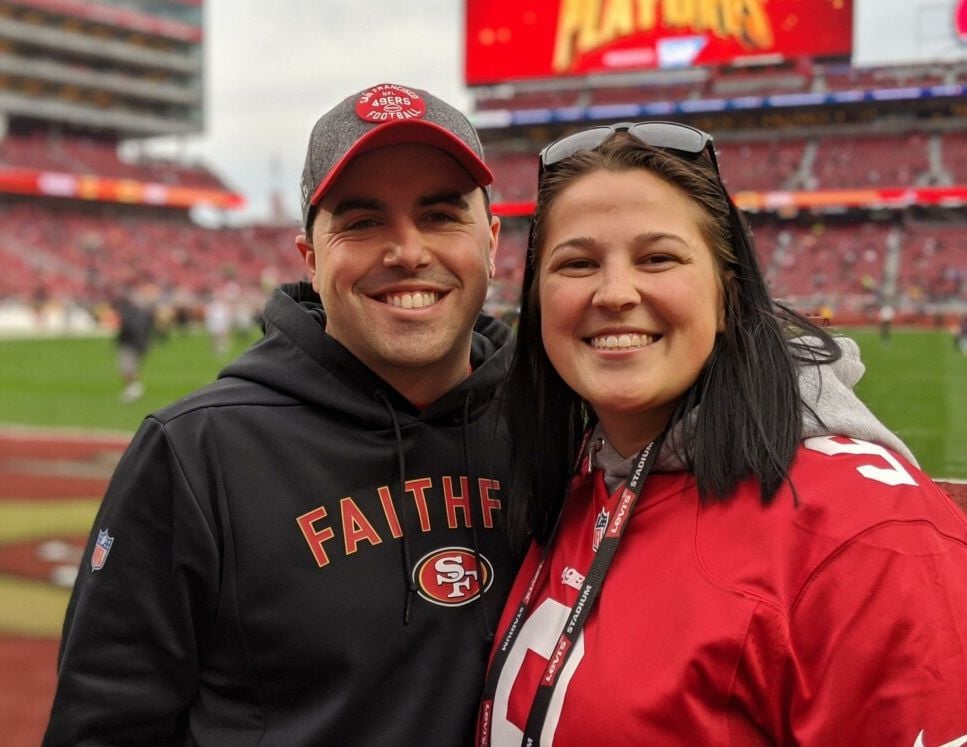 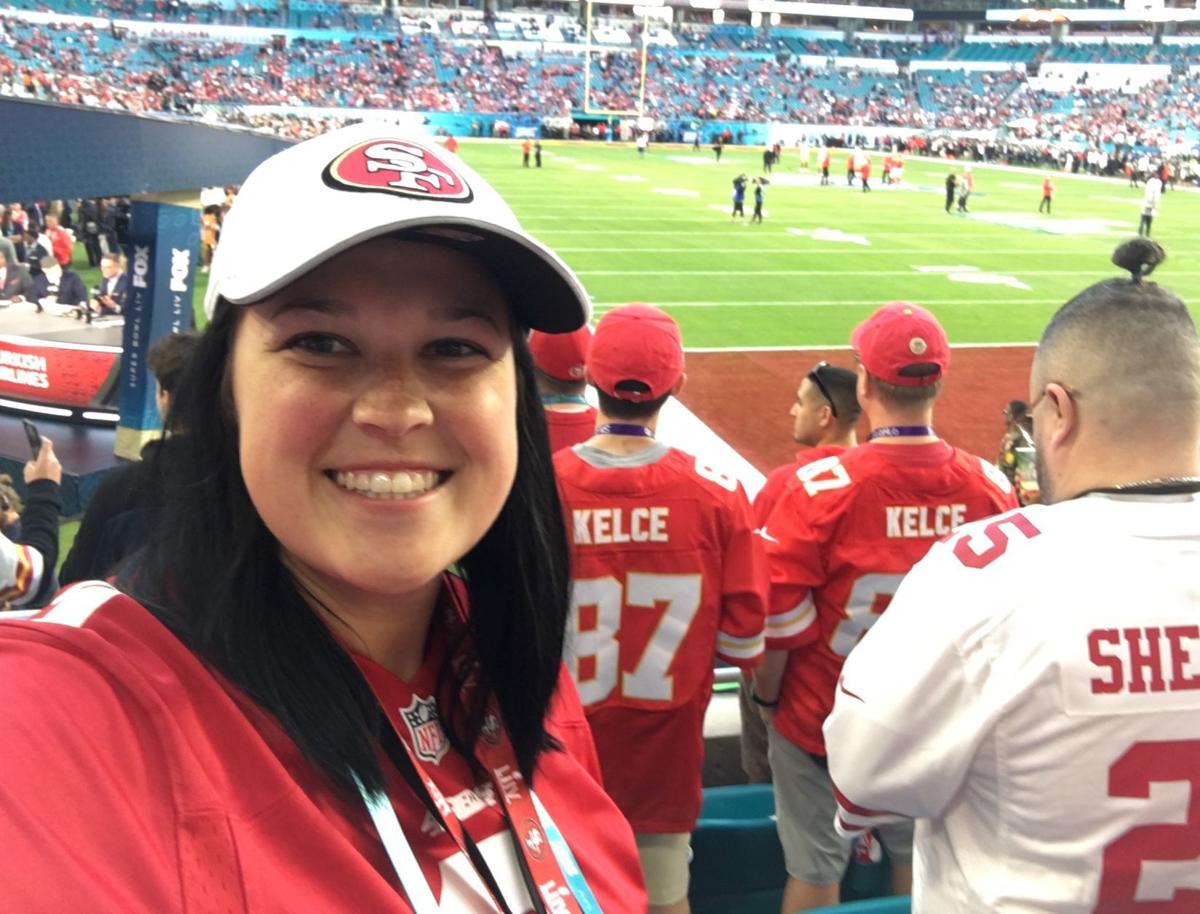 From Spencerville and Tell City to Muncie to Elon, North Carolina to San Jose, California and finally to Miami, Florida, being part of the latest National Football League championship game is an experience neither will soon forget.

Hagedorn, in his third season with the San Francisco 49ers team, has one of the best vantage points every Sunday. Listed as an assistant to the coaching staff according to the 49ers.com website, his job can be anything from “get me a sandwich to standing next to the coaches, writing down all the plays that are called during the course of a contest,” Muncy said.

He goes to every practice, and occasionally gets thrown in at practice to stand-in as a player of the upcoming opponent.

Hagedorn estimates that he spends between 80 to 100 hours each week helping the team prepare for the next game.

While the final score wasn’t in favor of their team, Super Bowl week was filled with experiences.

Together since 2017, Muncy and Hagedorn met while they attended Ball State University, where they were both field managers for the Cardinals football team.

At Eastside, Muncy spent seven years as a football manager.

Hagedorn, 28, a native of Tell City, graduated from Ball State in 2014 and spent two seasons as a graduate assistant, while Muncy, now 26, completed her degree in 2016. They moved to North Carolina when Hagedorn became director of football operations for Elon University.

In 2017, Hagedorn received a phone call and a job offer from a friend who worked for the San Francisco 49ers.

A couple of months went by with no word about the offer until August that year. Hagedorn was to report to the team within a week.

“We talked about it and decided to go for it,” Muncy said. He headed for California while she stayed behind to pack their belongings.

“It’s been a crazy couple of years,” she said. “It’s a big first step. Do I move away from home? My parents have always been very supportive.”

Muncy said she has met 49ers head coach Kyle Shanahan as well as all the players, and goes to all the home games.

“During the season, I don’t see (Patrick) much,” Muncy said. “I go to all the home games. I have a routine where I wear the same thing every Sunday. I’m kind of superstititious.”

The first two seasons held little promise as the team went 6-10 and 4-12 last year. Things changed for the positive this year with the hiring of Shanahan.

Drawing a first-round bye with the best record in the National Football Conference, the 49ers defeated the Minnesota Vikings in their first playoff game and then the Green Bay Packers in the conference championship game to reach the Super Bowl for the seventh time in franchise history.

While Hagedorn didn’t play football in high school or college, it’s a sport he’s always loved, and the pair enjoy talking about the game.

“That makes it fun because I know so much about football,” Muncy said. “I’m that girl screaming at the TV. I feel the louder I cheer, the better they’re going to do, right?”

“It was a dream come true,” Hagedorn said of his experiences. “I never thought anything like this would happen, especially since I never really played football. I was very fortunate to be in that position.

“My favorite part is being a part of a great organization like the 49ers,” he said. “They have a rich history and do things the right way.”

Players, coaches and team officials flew to Miami a week before the game, while spouses flew in separately.

The team stayed in one hotel while wives and spouses stayed in a different one. Getting ready for the big day, Muncy said it was common for Hagedorn to put in 18-19 hour days.

While they had little contact during Super Bowl week because of all the preparations, Muncy had seats in the corner of the end zone, next to the Fox sideline booth.

“It really didn’t hit us that we were at the Super Bowl until we got there” for the game, she said. “I got to be on the Jumbotron at the Super Bowl. I was just over the moon about that. I had a towel yelling ‘Go 49ers!’ It’s the little things in life.”

“It was an amazing experience that I will never forget,” Muncy said.

“Every day I wonder if this is still a dream and I have to pinch myself,” Hagedorn said. “A few times, those were during the week and the day of the game.”