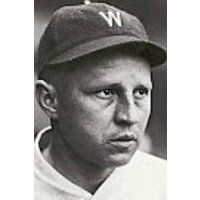 The last time a Washington, D.C.-based Major League Baseball team won the World Series, it had a Butler-born player on its roster.

Harry Loran “Nemo” Leibold wasn’t the most dominating player to ever grace the field, but he is Butler’s connection to the MLB and was a two-time World Series champion.

I was originally acquainted with Leibold back in 2005 when historian Lynn Kaiser and former Butler Public Library staff member Mary Marshall shared information about him.

In 2005, Kaiser and Marshall were contacted by the president of the Indiana High School Baseball Coaches Association who was compiling information on Major League players that had ties to the state.

Leibold was born Feb. 17, 1892 in Butler, and according to U.S. Census research found by Kaiser and Marshall, the family had moved to Detroit, Michigan sometime between 1892 and November 1898. A November 1898 obituary of a family member lists Leibold as living in Detroit.

Leibold spent 13 years in the Majors as an outfielder, playing for the Cleveland Naps and Indians, Chicago White Sox, Boston Red Sox and Washington Senators.

According to the baseballreference.com website, he played 1,268 regular-season games and had a career batting average of .266. Leibold’s best season came in 1921 with the Red Sox, when he batted a career-best .306 in 123 games. He had 143 hits that season, scored 88 runs and drove in 31.

In his career, Leibold collected 1,109 hits and stole 136 bases, including a career-best 27 in 1917, ranking 10th in the league. Some unknown Detroit Tigers player by the name of Ty Cobb led the league with 55 steals that year.

In 13 World Series games, Leibold batted just .161. He batted .056 in 18 at-bats in the 1919 World Series, in which the White Sox lost in controversial fashion to the Cincinnati Reds in the famous “Black Sox” scandal.

While other members of the White Sox team were implicated in the fix of the 1919 World Series, Leibold was considered a clean player by some books about the subject.

Leibold batted six times in the 1924 World Series when the Senators defeated the New York (now San Francisco) Giants 4 games to 3, He had a double and a walk, scoring one run.

Other the years, baseball in the nation’s capital experienced one losing season after another.

Twice, teams playing in Washington D.C. moved. The original Senators, now playing as the Minnesota Twins, left after the 1960 season. A second Senators team replaced them in 1961, but left after the 1971 season. That franchise is today’s Texas Rangers.

Washington became a Major League city once again when the Montreal Expos moved following the 2004 season.

JEFF JONES is the editor of The Butler Bulletin. Questions and comments may be shared at jjones@kpcmedia.com.