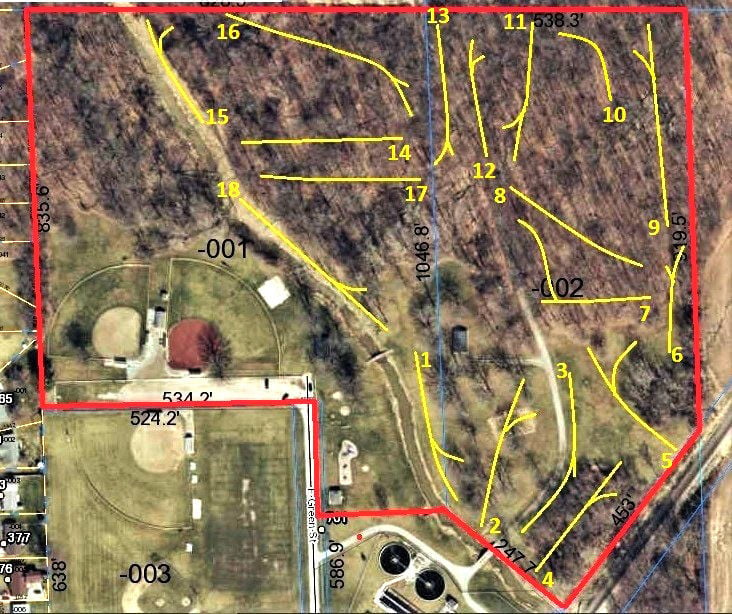 This illustration shows the planned layout for an 18-hole disc golf course in Maxton Park. The course will be located on the east side of Big Run Creek with holes in open and wooded areas of the park. 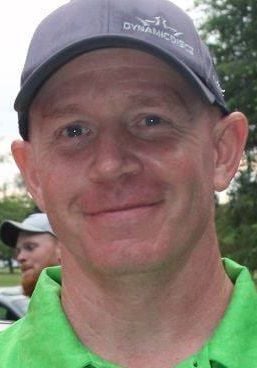 This illustration shows the planned layout for an 18-hole disc golf course in Maxton Park. The course will be located on the east side of Big Run Creek with holes in open and wooded areas of the park.

BUTLER — Butler’s Recreation Board has decided to try a flick of the wrist and proceed with an 18-hole disc golf course in Maxton Park.

While many other communities have canceled their festivals, Butler Days will take place Aug. 6-8. In addition, Movies in the Park will take place in South Side Park with four movies scheduled for July and August.

Earlier this spring, the City of Butler conducted a survey gauging interest in disc golf on its website, which drew “rather substantial response,” according to City Planner Steve Bingham.

In disc golf, players throw discs toward a wire basket. Like traditional golf, the object is to compile the lowest score possible.

At its May 26 meeting, the recreation board committed spending up to $10,000. Former St. Joe resident Brian Miller will design the course along the east side of Big Run Creek. The course should be ready yet this year.

The funds will be used to install concrete pads from which players will tee off, wire baskets to catch the throwing discs and signage to direct players to each hole. The recreation board may solicit hole sponsorships.

Each hole will be set up to offer two different basket locations, Miller explained.

While the course will go into the wooded area at the park, Miller said his goal is to leave as many standing trees intact as possible.

He plans to clear fairways of brush and invasive species. “Disc golfers love the trees as obstacles,” Miller said in an interview about his plans for the course.

“It won’t be a long course, but once you get in the woods, there will be some tight lines,” he explained. “That makes for a fun sport.”

A practice basket will be located near the pavilion on the east side of the creek, but no shots will play to that pavilion.

Holes 1-6 will mostly be in open areas in the southern part of the park. Holes 7-18 will be in the woods, with baskets for the 18th hole ending near the east side of the foot bridge.

Miller, 45, has played disc golf since the late 1990s and has played on the professional circuit since 2005.

The circus is a rain-or-shine show, according to recreation board minutes provided by Bingham. If a cancellation is due to weather concerns two days before the show, the city’s payment, minus 10%, would be moved to a 2021 booking.

If Butler does not rebook in 2021, Cincinnati Circus will issue a credit for everything minus 10%.

Eric and Linda Brown, caretakers of the community garden in Hendrickson Park on Federal Street, reported there are 13 gardeners tending to plots. Some areas will held back to grow food for food banks and people in need.

For President, the two or three households closest to your home support?