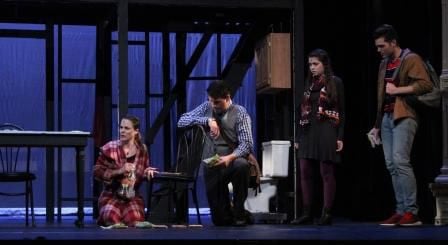 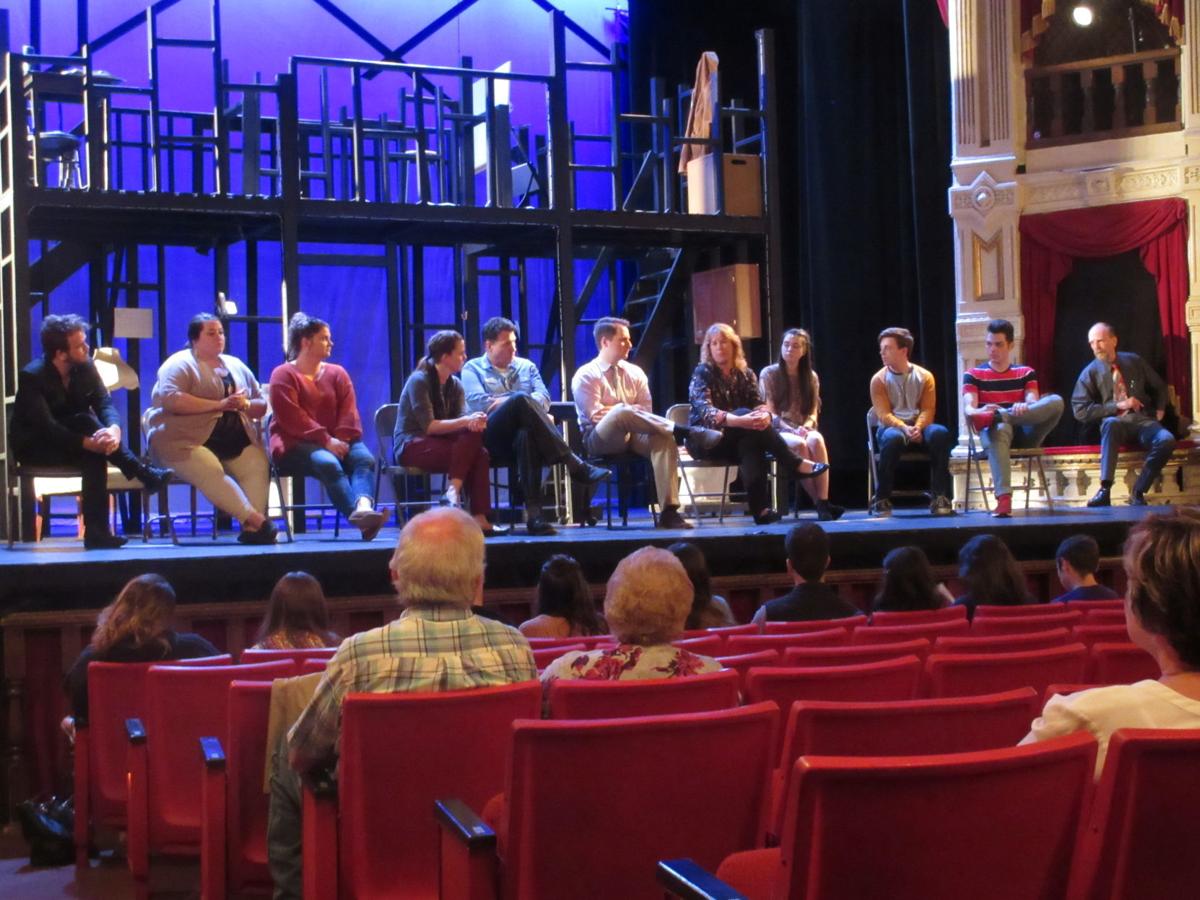 A panel made up of the cast and crew of “Next to Normal” at Tibbits Opera House in Coldwater, Michigan and representatives from Promedica Coldwater Regional Hospital and Pines Behavioral Health talk to the audience opening night.

A panel made up of the cast and crew of “Next to Normal” at Tibbits Opera House in Coldwater, Michigan and representatives from Promedica Coldwater Regional Hospital and Pines Behavioral Health talk to the audience opening night.

Friday, I attended the opening performance of “Next to Normal” at Tibbits Opera House, 14 S. Hanchett St., Coldwater, Michigan.

The small cast brought the story to life against a stark set on the historic Tibbits stage through song and tortured emotion. It continues this weekend with shows Thursday, Friday and Saturday at 7:30 p.m.

I can see why this musical won a Pulitzer Prize and Tony Awards. It’s heavy.

The script is modern and edgy. The play bill warns of mature content and explicit language.

But the story is about family. It is a very real account of how parents and children can get caught in a web of possibly genetic mental disease and enable it and expand it.

The production is sponsored by Promedica Coldwater Regional Hospital with support from Pines Behavioral Health, which had staff at the show to speak with anyone stirred by the material. Afterward, a panel that included mental health experts and the cast and crew spoke with the audience.

But, this is first and foremost Broadway. Written by Tom Kitt and Brian Yorkey, the artful lyrics tell much of the story.

Stephanie Burdick, a former Lakeland and Angola High School teacher who now works as director of operations at Tibbits, is Diana, a wife and mother suffering from bipolar disorder. She sings with heart and plays the character with raw honesty. Her daughter, Natalie, is portrayed by Jennifer Barnaba, who holds a bachelor of fine arts degree in musical theatre from Ohio Northern University.

A teenage perfectionist, Natalie faces the lure of drugs as she copes with her family nightmare.

There were several times during the play I could have wept, and at intermission, I saw some tears in audience members’ eyes.

During the second act, Natalie and Diana sing together in “Maybe (Next to Normal),” which did make me cry.

Toward the end of the song, Natalie sings:

“I don’t need a life that’s normal, that’s way too far away

But something next to normal would be OK

Yeah, something next to normal, that’s the thing I’d like to try

Close enough to normal to get by.”

During the talk back after the show on Friday, it was mentioned that Natalie may have been the most vivid victim in the tale.

“There are parts of this play that are so raw as well as being so real,” said one of the audience members during the discussion.

Burdick said playing Diana has been a challenge.

“Some days are easier than others and some days it’s very emotional for me. I have to allow myself time to decompress after each show,” she said. “I can’t imagine playing this role for months on end — because in the end, while I know it is just a role, it’s exhausting both mentally and physically to keep up that persona even for a few hours.”

While it isn’t your usual playhouse fare, it is a realistic walk on the crazy side that takes on pharmaceuticals, current social issues and family dynamics.

“We’ve had some really good reactions from people who have been brave enough to attend,” said Burdick.