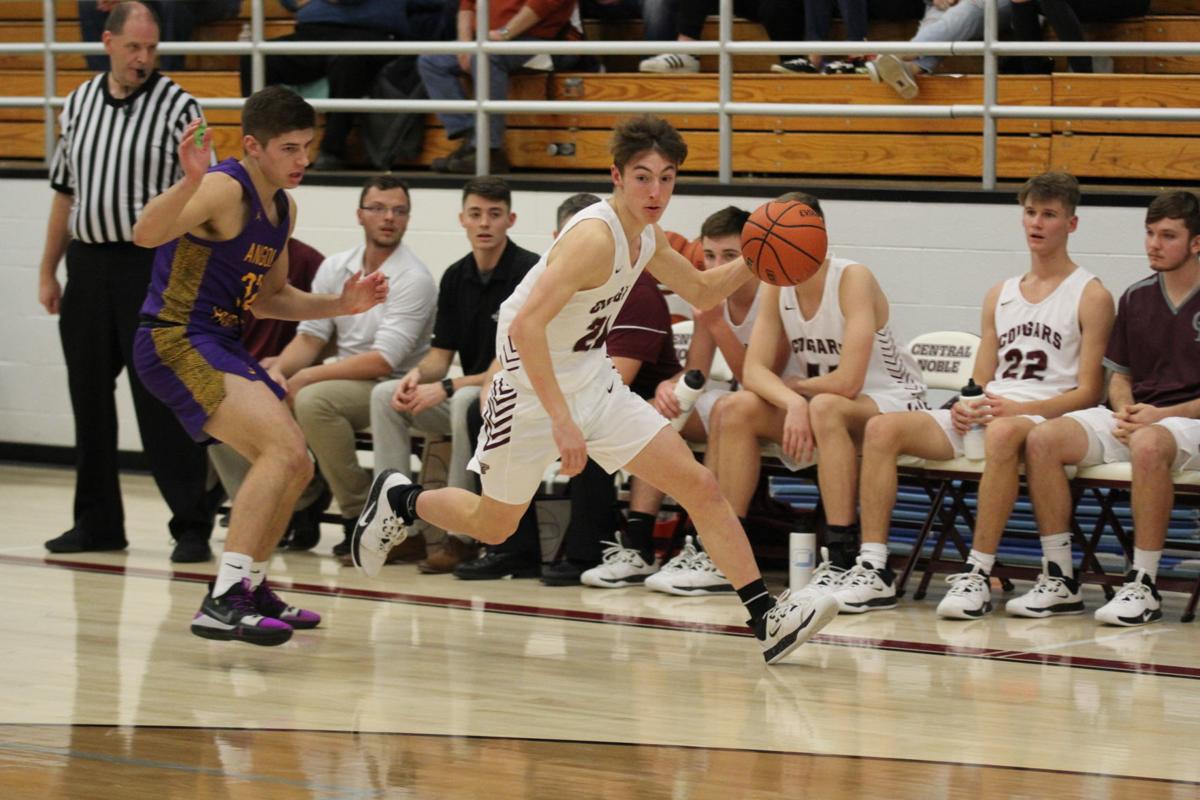 Central Noble’s Austin Kugler drives towards the basket during Friday’s game against Angola in Albion. 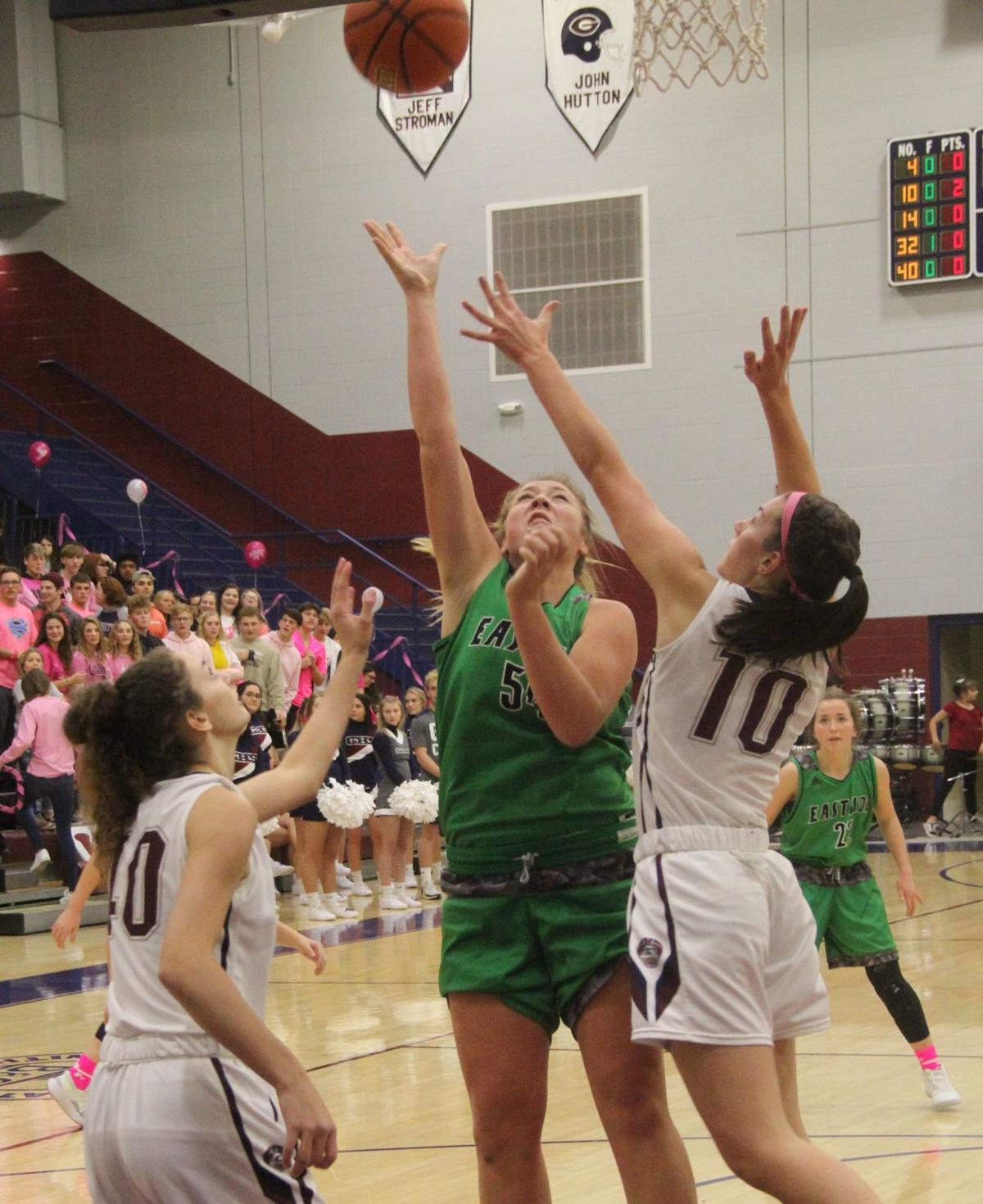 Eastside’s Allyson King goes up for a layup during last Saturday’s game at Garrett.

Central Noble’s Austin Kugler drives towards the basket during Friday’s game against Angola in Albion.

Eastside’s Allyson King goes up for a layup during last Saturday’s game at Garrett.

Last week was a very good week around the area in high school basketball with several surprising wins and a few dominant performances. Will this week be the same? I sure hope so.

Here are my weekly power rankings.

The Hornets have won seven in a row and none more impressive than their 40-28 victory over Central Noble on Friday night. They held the Cougars scoreless for the entire third quarter and went from trailing by five at halftime to leading by 12 at the end of the period. Angola is really hitting its stride at the moment and will be tough to knock off for the rest of the season.

Are you as surprised as I am to see the Blazers this high in my power rankings? Well, we shouldn’t be after the pair of wins they got this past week to match their win total from last season. They beat Woodlan last Tuesday, then outlasted Garrett in overtime on Saturday night. In his first season, Mike Lortie has done a great job turning this program back in the right direction.

The Railroaders drop a spot because of the losses to Bellmont and Eastside. All three of their losses this season have been by six points or less and have all come to good teams. Don’t expect Garrett to be “down” for long. It has a chance to get back on a run with some very winnable games coming up.

The Cougars fall to No. 4 this week in large part of their lack of scoring. They scored 27 points at Goshen last Tuesday, then 28 against Angola. Central Noble has the talent to get good, open looks. It’s just about knocking down the shots.

I’ll be honest, I haven’t had my radar on Prairie Heights all season. The Panthers won three games last week, including a 35-29 win at Fairfield. Alexis German came up huge with 17 points in the win over the Falcons. Heights has a chance to prove it belongs to stay in the power rankings with a battle versus Eastside on Friday. More on that game later.

The Panthers jump up to the top spot on the boys’ side because they have been the most dominant team in the area. Their current average margin of victory is 21.5 points. The duo of Mike Perkins and Elijah Malone has been terrific thus far, and both are averaging 19 points per game.

Not to get ahead of myself too much, but there’s a particular matchup between the Panthers and the Churubusco Eagles coming next Friday that should be one of the best games of the season. Hyperbole? Maybe, but it should be a dandy.

The Eagles knocked off last week’s No. 1 team in Westview on the road in the Warrior Dome, which is a place the Warriors don’t lose very often. So why aren’t they No. 1? The team ahead of them is still unbeaten and is beating teams by a lot. ‘Busco will have its turn to take down another No. 1 team next week and claim the top spot.

The Cougars impressed with their defense in the win over Angola. Central Noble has multiple scoring threats, led by Connor Essegian and Sawyer Yoder, but its defense will have to be at the forefront for this team to be successful. Friday’s win showed its potential.

The Warriors could be 0-2 if it weren’t for a game-winning three from Ben Byrkett against Northridge in the season opener. They need more scoring outside of Charlie Yoder, and that should come as the season progresses. But the schedule doesn’t make that progression any easier with NorthWood and Central Noble this week, then Angola and University next week.

The Hornets struggled to contain Central Noble, and they struggled to score against the Cougars’ pressure. Dyer Ball was positive for Angola in the loss. He was almost unstoppable at times with 22 points, eight rebounds and five blocks. It’s early on in the season, so I expect Angola to find its identity sooner rather than later.

Games of the week

After a 7-1 start to the season, I had my worst week in picking games, getting zero correct. This week, I hope to change that with four more picks.

The Cougars have struggled to score recently, and the Panthers, which have won four of five, have capable scorers in Chloe Jolloff and Taylor Gerke. I think Central Noble will be able to lock down either Jolloff or Gerke, which could be troublesome for Lakewood. Hannah picks Central Noble.

This is the first trip to LaGrange for the Barons since Dec. 29, 2015. DeKalb has won 14 of the last 15 matchups, and the last win for the Lakers came on Feb. 22, 2005 with a 45-43 victory. Most of the games between these two teams have been within 10 points. I expect that to be the case on Thursday night. Hannah picks DeKalb.

Both teams are hot right now. The Panthers were able to win the rebound battle against Fairfield on Saturday. If they can do the same against the Blazers, they will give themselves a chance to win. Eastside’s Sullivan Kessler and Paige Graber need to stay out of foul trouble to keep their team in it late, and I think they will. Hannah picks Eastside.

Can the Cougars repeat their defense performance they had last Friday against Westview on Saturday? The game plan might be to try and stop Charlie Yoder, but he’s going to get his points. So it might be better to slow down Blake Egli and Drew Litwiller, which I think Central Noble can do. Hannah picks Central Noble.

Hannah Holstein is KPC Media Group’s sports prognosticating cow. She can be reached at hannahholstein@kpcmedia.com or on Twitter at WondercowKPC.