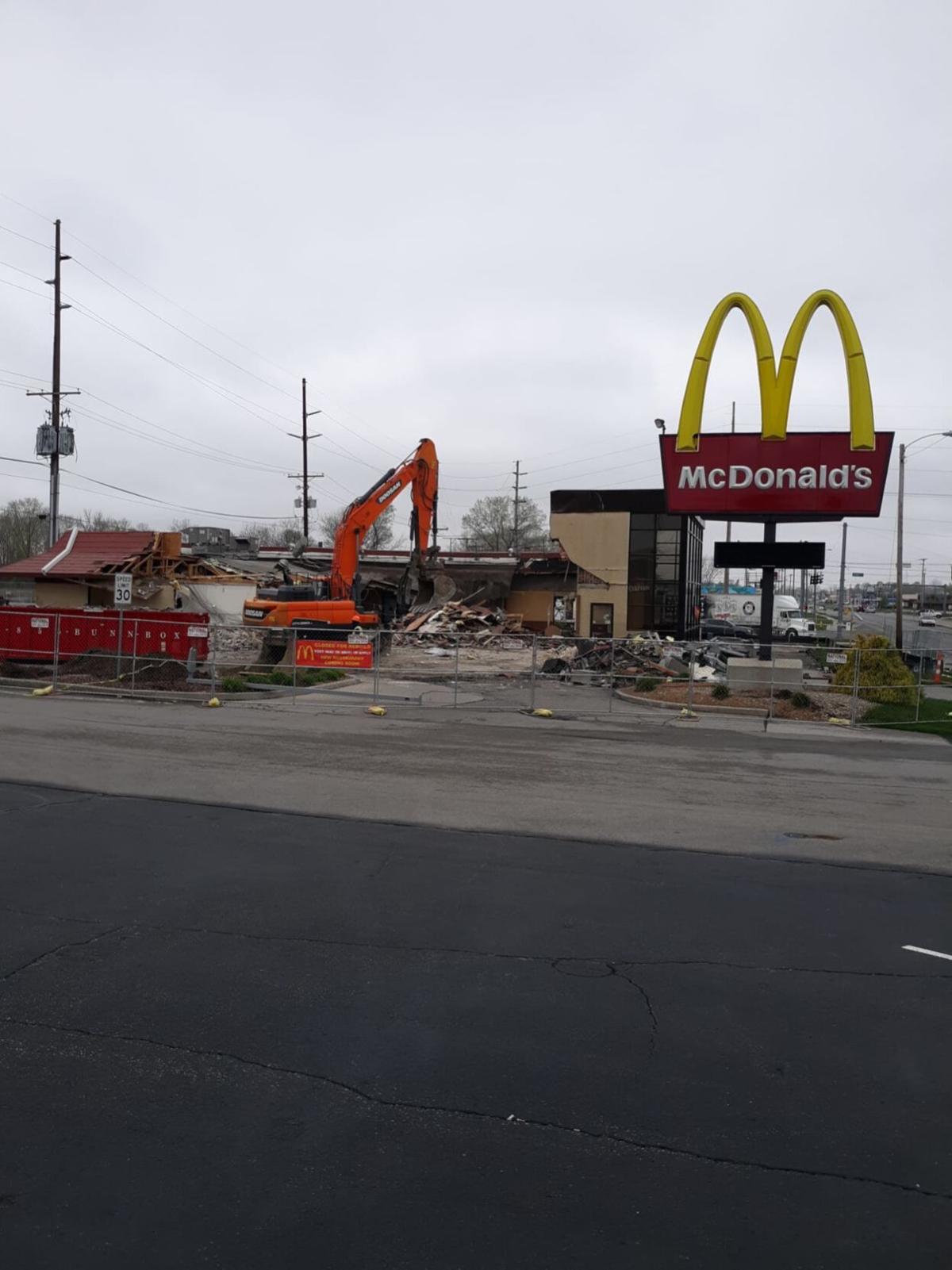 This photo of the Kendallville McDonald's was taken May 2 by Bill Burleson of Kendallville. 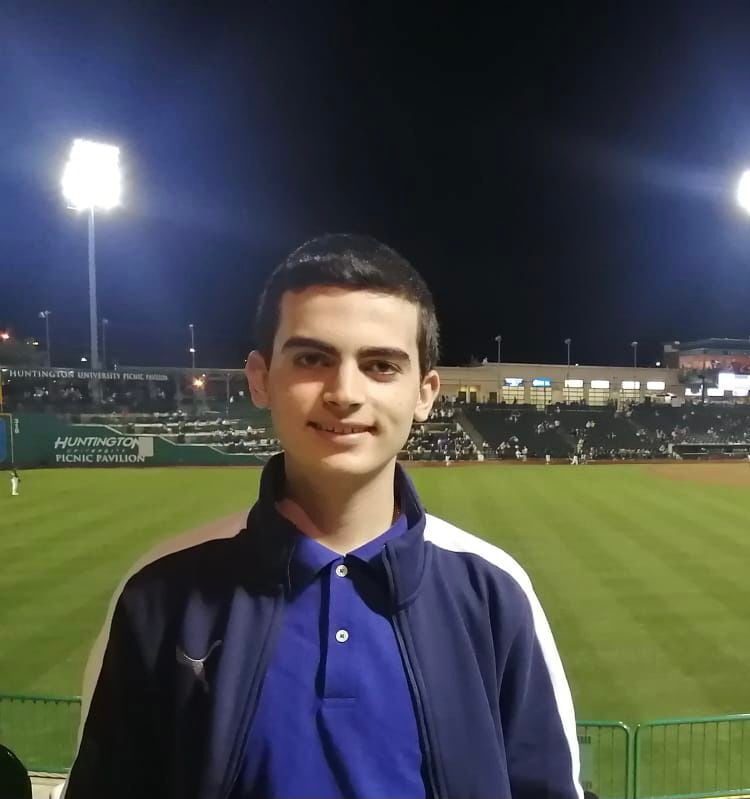 Terry was gone so it was just me and Midyan on his 16th birthday.

Midyan is an AFS YES exchange student that we and East Noble High School have welcomed for this school year. Before Terry left, we planned ahead that we would have Midyan’s birthday dinner after Terry returned.

Bethlehem is seven hours ahead of us, so video calls and messages began on the day before his birthday here. Although Midyan had not told anyone in his classes at East Noble that it was his birthday, during the school day he received many happy birthday wishes. So that was a pleasant surprise.

The evening of his birthday, after attending his first Mayor’s Youth Advisory Council (MYAC) meeting — we are so grateful for this organization created by Kendallville Mayor Suzanne Handshoe — Midyan chose Kendallville’s new McDonald’s for his birthday dinner.

From start to finish, we were in the drive-through’s long twin lines about 20 minutes. It was very efficient, but on that first visit, as we were waiting in line, I told Midyan that I felt badly about the negative environmental impact of all the idling cars. I told him that on our next trip to McDonald’s we would park and go inside because it would probably be faster and it would be better for the environment. He didn’t see how one small Focus could make much difference regarding the environment, but I told him it was a matter of doing what you can.

Our next trip to McDonald’s was around 6 p.m. on the Friday of East Noble’s homecoming. Once again, it was just Midyan and me. We parked and went inside. It was my first time inside the new building. The previous facility on North Street (U.S. 6) was torn down last spring and the new McDonald’s is on the site of the old one. The interior seems more spacious and airy, but maybe that’s because there were so few people inside; I had not been inside the old McDonald’s for several years.

Tall, bright kiosks have the menu options — McDonald’s offers more menu options than I remembered. With each menu option are calorie counts and customization opportunities. A pickle adds 5 calories. Who knew? Using the kiosk, Midyan efficiently placed our order and paid.

We moved away from the kiosk to wait. In addition to us, only a few other people were wearing masks. I saw sad-looking faces.

Looking out the expansive windows at the double drive-through lines, Midyan remarked on how fast the two lanes were moving. Drive-through that night seemed much faster than on the night of his birthday.

Meanwhile, no interior action — except behind the counter where we could see employees working furiously with the fries, bagging, etc. A beehive of activity everywhere — except for near the counter.

A sad-looking man approached me. “Are you Grace Housholder?” he asked. “Why don’t you write about the service at McDonald’s?” He said he had been waiting 45 minutes for his order.

Two women, overhearing our conversation, chimed in that they had been waiting that long, too. Actually, one had received her full order and the other was still waiting. They had come together. The one who had received her order much earlier said now all her fries are cold and you can’t re-heat fries. And her cold drink was melting.

The man asked for and received a refund.

After he left, someone behind the counter called the number of an order. It sounded very close to ours and Midyan jumped forward with our ticket. But I said the numbers don’t exactly match. They had called out something like 339 and we were something like 933. I said, “No, Midyan, we have to wait for about 600 more.” But with no takers, they started calling out the contents: “Big Mac, extra meat, pickle, fish sandwich, ice coffee ...”

It was our order. We walked to the car and hoped the man who had received a refund did not see us. He was standing outside his car.

We had only waited about 20 minutes.

Obviously, McDonald’s will get things figured out and service will become more consistent. In the best of all fast-food worlds, increased automation would mean that both service and pay are improved.

As a side note, I heard second-hand that during the pandemic one local fast-food place is making more money offering only drive-through service.

Later that night, we walked down to the East Noble football game to see how things were going. A large and roaring crowd packed the home and away bleachers and stood all along the exterior of the fencing.

We didn’t stay too long, but we did see something that was new to Midyan: A man seated in a lawn chair on the roof of his pickup truck watching the game.

From high tech to low tech, from food to fun, innovation is everywhere ... occasionally resulting in cheapest and best.

After I wrote this column I went to the archives at kpcnews.com to find out more about McDonald’s new facility.

Here are a few highlights from the April 28 article by KPC executive editor Steve Garbacz.

Kendallville McDonalds will get modern update

• The Kendallville McDonald’s location is one of about 5% of stores nationally that is owned by the global corporation, and is part of a regional operations group under the management of Brian Hedrick, U.S. McOpCo operations manager. Hedrick oversees 37 McDonald’s restaurants including Kendallville, Auburn and Columbia City, as well as some stores around Lafayette, Indianapolis and down into Louisville, Kentucky.

• Most McDonald’s are owned and operated by individual franchisees — the Avilla location at S.R. 3 and Albion Road is one such store.

• The rebuild was delayed more than a year because of the pandemic.

• The modern updates “will go beyond just aesthetics.”

• “The restaurant will still have its standard counter and cashier for those who want a more traditional ordering process, but the restaurant will also have a dedicated curbside pickup location and a delivery window for pick-up orders for services like DoorDash or Uber Eats ...” (Not yet available in Kendallville.)

• Hedrick said one of the main goals of the upgrade is to boost efficiency and speed (for the) “fast” in fast food.

• “Hedrick said people have the misconception that automated kiosks replace workers who might otherwise take an order at the counter, but in reality the order boards help McDonald’s relocate that staff to other positions in the kitchen, working drive-through or serving curbside customers.”

• “Having more people in back cooking, assembling and filling orders should boost production at the restaurant.”

• “Ideally, Hedrick said he’d like to have around 90 people employed at the restaurant; it was running with around 40 employees previously. Like all local businesses, finding workers has been an ongoing challenge.”

Midyan says the McDonald’s food here tastes almost the same as in Jordan. But in Jordan, McDonald’s has no bacon.

Grace Housholder is a columnist and editorial writer for this newspaper. Contact her at ghousholder@kpcmedia.com.