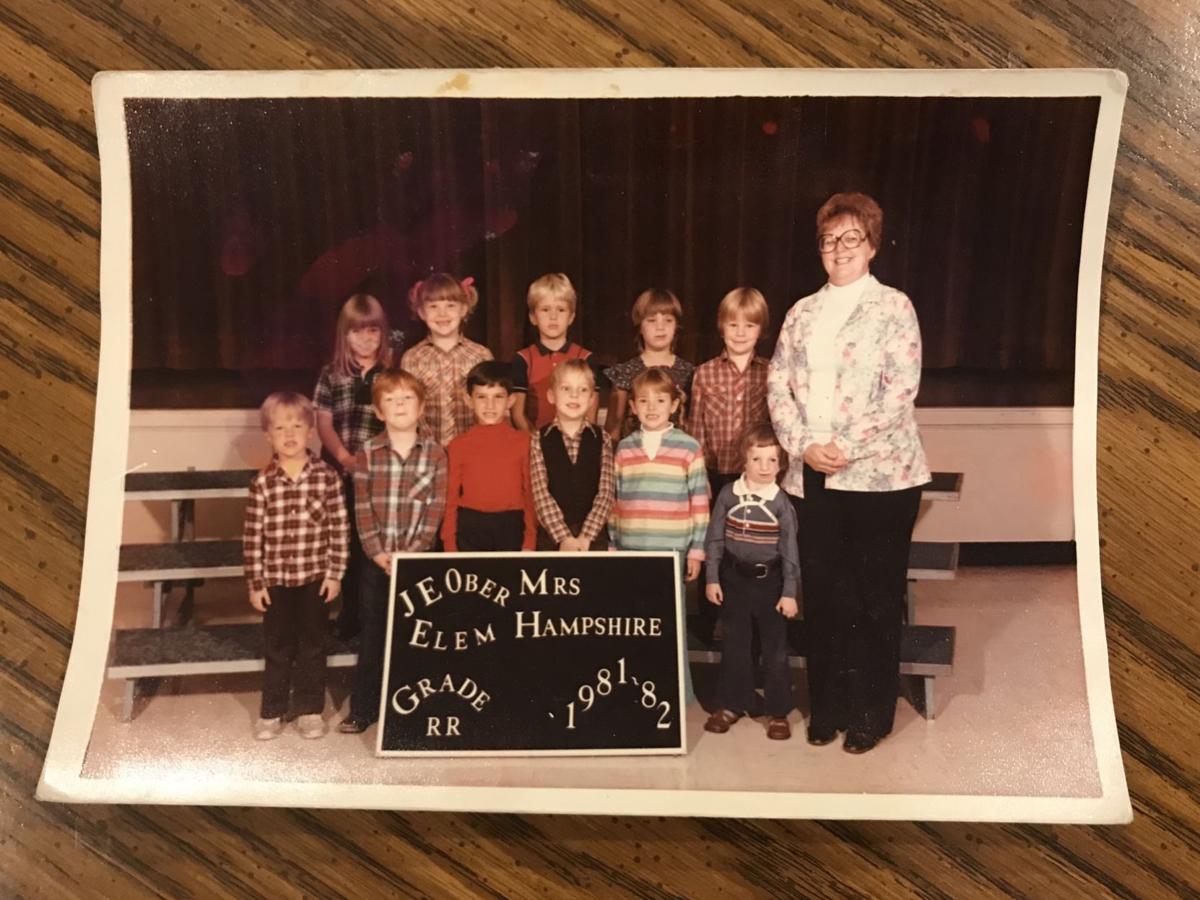 Jane Hampshire shared this photo of her 1981-1982 reading readiness class at J.E. Ober Elementary School in Garrett. The small child closest to her in the front is Francis Smith. 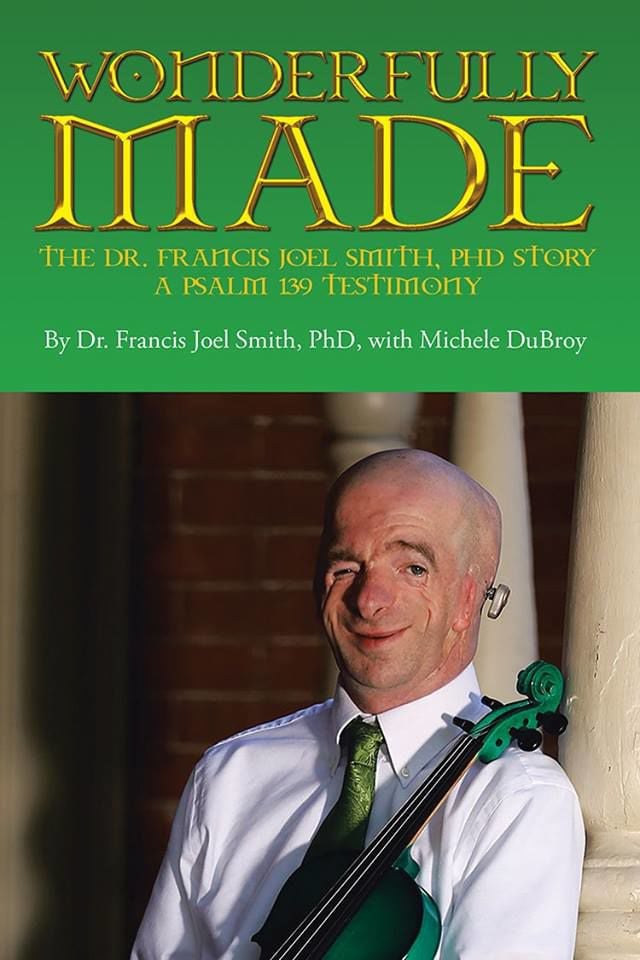 Francis Smith holds his green violin on the cover of his biography, “Wonderfully Made.” He purchased the violin in London, England, during his graduate studies there and taught himself to play it. He already had become an accomplished pianist and guitar player. The book can be purchased through Amazon and other book sellers. 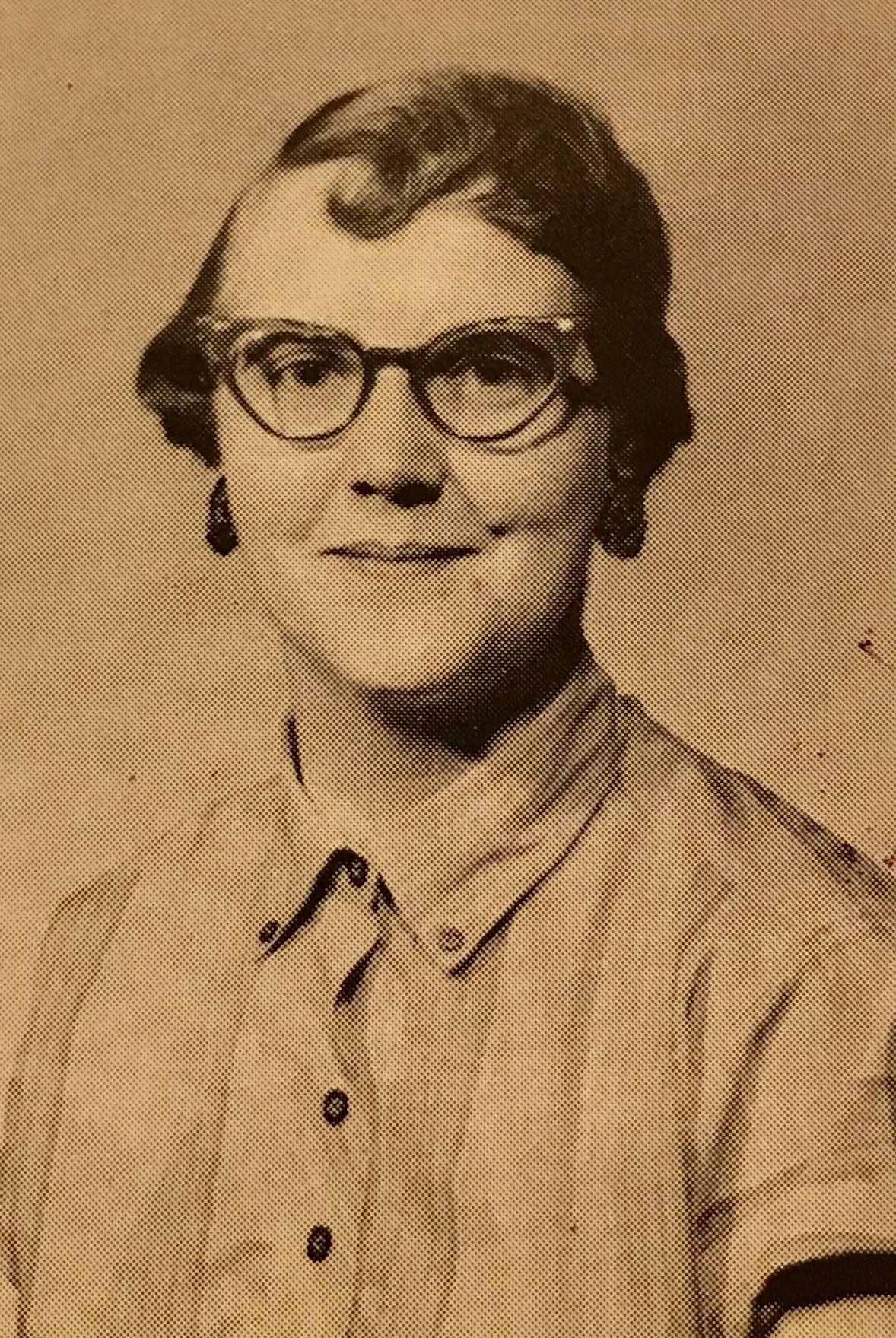 Jane Hampshire shared this photo of her 1981-1982 reading readiness class at J.E. Ober Elementary School in Garrett. The small child closest to her in the front is Francis Smith.

Francis Smith holds his green violin on the cover of his biography, “Wonderfully Made.” He purchased the violin in London, England, during his graduate studies there and taught himself to play it. He already had become an accomplished pianist and guitar player. The book can be purchased through Amazon and other book sellers.

“Share your memories,” Fred Inniger suggested to Jane Hampshire when he visited her several months ago.

So in beautiful cursive handwriting, Jane Hampshire, 83, of Kendallville wrote to my husband Terry and me, reminiscing and asking, “How about giving ‘Memories by J’ a try?”

Here is her fourth story. Thank you, Jane, for this trip down memory lane. We look forward to more “Memories by J.”

When I taught at J.E. Ober Elementary School in Garrett, many years ago, I had a reading readiness class of 5- and 6-year-olds. One day after school was dismissed, I looked up and saw a nicely-dressed lady talking to the late Eugene Yarde, my principal, and there was this very small boy hanging on to the hem of his mother’s dress.

As the adults talked, I felt this tiny hand taking hold of my hand and taking me around my classroom looking at my science table, the books on the shelf and things on my desk.

We finally made it over to the sink, with a drinking fountain faucet and drain. My room was called self-contained in those days because we had a restroom for the boys and one we shared with the girls in the room beside us. The drinking fountain was usually used after recess. The faucet was needed for cleaning up after we painted or had a few spills in our room.

His mother and the late Mr. Yarde looked astonished, but Mrs. Smith said, “This is the teacher and room I want my Francis in.” That’s how I remember the tiny 5-year-old boy.

He had never talked or made sounds until I had him in my class, but did I ever learn, probably more than he did that fall at J.E. Ober Elementary School.

We had to share the upper deck of the high school gymnasium for the elementary grades because of construction going on at the school. Francis did not like gym classes, but all my other students loved it. We had to change into gym shoes in our classroom before we could go down a long hall, across the commons area, up two flights of steps to the upper deck. If the high school was passing classes, it could get very noisy. Too much noise bothered Francis.

Francis did not ever want to put on his gym shoes, and all the boys and girls got upset because he always made us late. We were not allowed to let children alone or go without them. I had tried everything but finally asked the principal and our guidance counselor what I should do, especially since it wasn’t fair to the rest of my class. They all agreed we should take off and leave him in the room.

As we got halfway down the hall, we hear this tiny voice. It was Francis running to catch up with us with one gym shoe on and carrying the other one. We all stopped and helped him get the other gym shoe on and tied. The rest of the story was my little guy was never late again.

Francis lived two blocks from the school but his mother, Betty Smith, had asked if he could be walked home by the other children at the school. We all agreed because we did not want him teased or bullied by other children.

One afternoon his older siblings came to pick Francis up like they always did every afternoon at the same time. They got very worried because they could not find us. The principal got involved and finally Francis and I said, “Are you looking for us?” We were both sitting under my library table with our legs crossed and reading books to each other. I would read and then it was Francis’ turn. His siblings grabbed him and there were lots of hugs for both of us.

Here comes the best part of my story. I had to go to a nursing home after I’d taken a bad fall. When people get older after lunch you sometimes go back to your room and read a good book or The News Sun. While I was doing this, I think I dozed off, but I knew I felt someone in my room looking at me. I opened my eyes and I thought I had gone to heaven because there was Francis standing at the end of my bed. I said to him, “Get over here so that I can give you a hug and a kiss.”

He said, “Do you remember me?”

I said, trying not to cry, “How could I ever forget you as my reading readiness lovable 5-year-old?”

He pulled up a chair and we talked for hours. Robert “Bob” Novy, teacher and coach at Garrett, and Todd Fiandt, my nephew, who is the barber and mayor of Garrett, had given him my phone number, but he decided to come and visit instead. Did we ever visit all afternoon. The time got away from us and my nurses were by my door to take me to the dining room at 5 o’clock. Francis asked the girls if he could push me in my wheelchair to the dining area.

What a delightful change in life with Francis looking out and helping me, maybe like I did so many years ago for him. I asked him if he could stay and eat with me, but he said he had to catch a plane to California and from there to Europe to give speeches and maybe play his green violin.

I hope someone enjoyed Dave Kurtz’s story about all his operations and now so many successes for Francis Joel Smith, Ph.D. I’m so proud of you.

GRACE HOUSHOLDER is a columnist and editorial writer for this newspaper. Contact her at ghousholder@kpcmedia.com.

To learn more about Francis Joel Smith, Ph.D., go to kpcnews.com and use the search engine. Type in: Francis Smith Dave Kurtz. That will take you to two articles, "Strong mom proves polite isn't always right" and "Wonderfully Made." Fascinating reading.