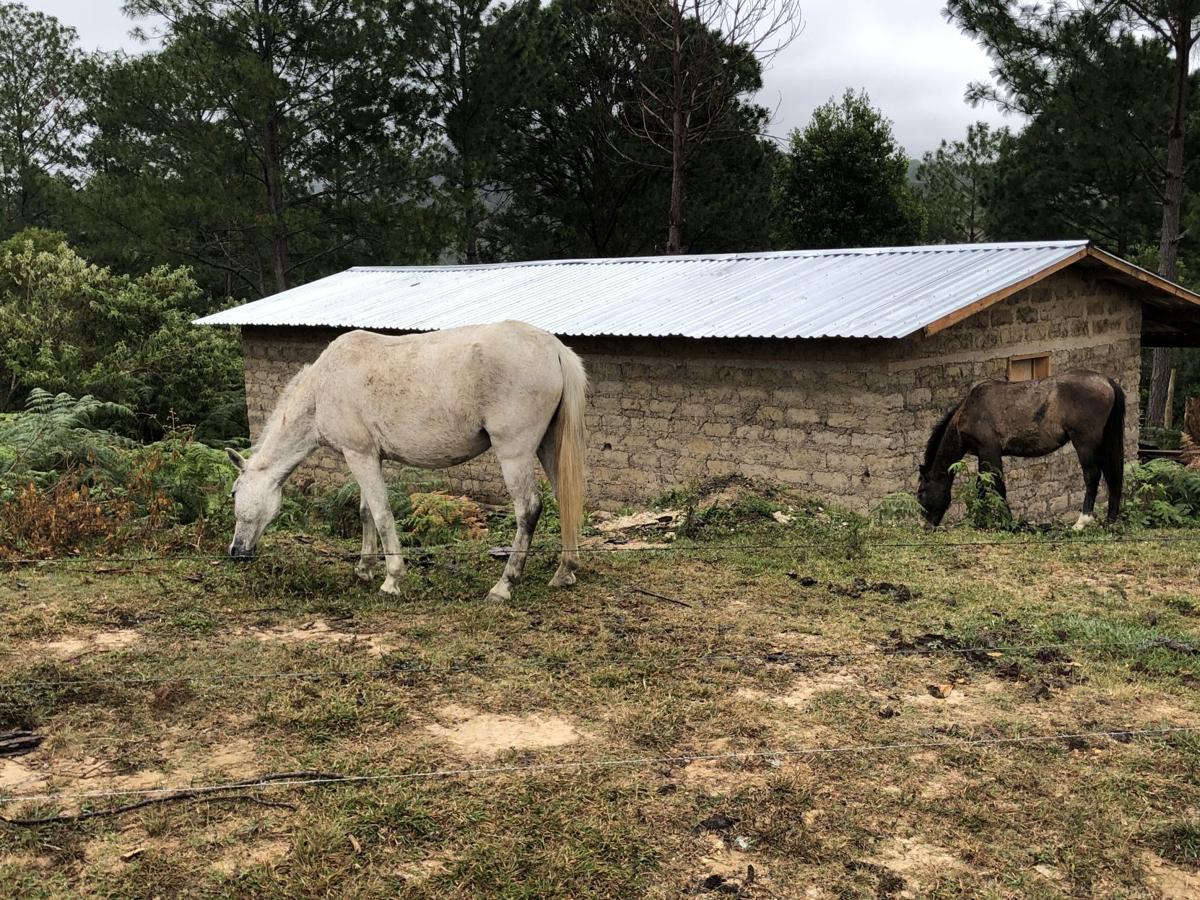 These horses are grazing in Honduras. 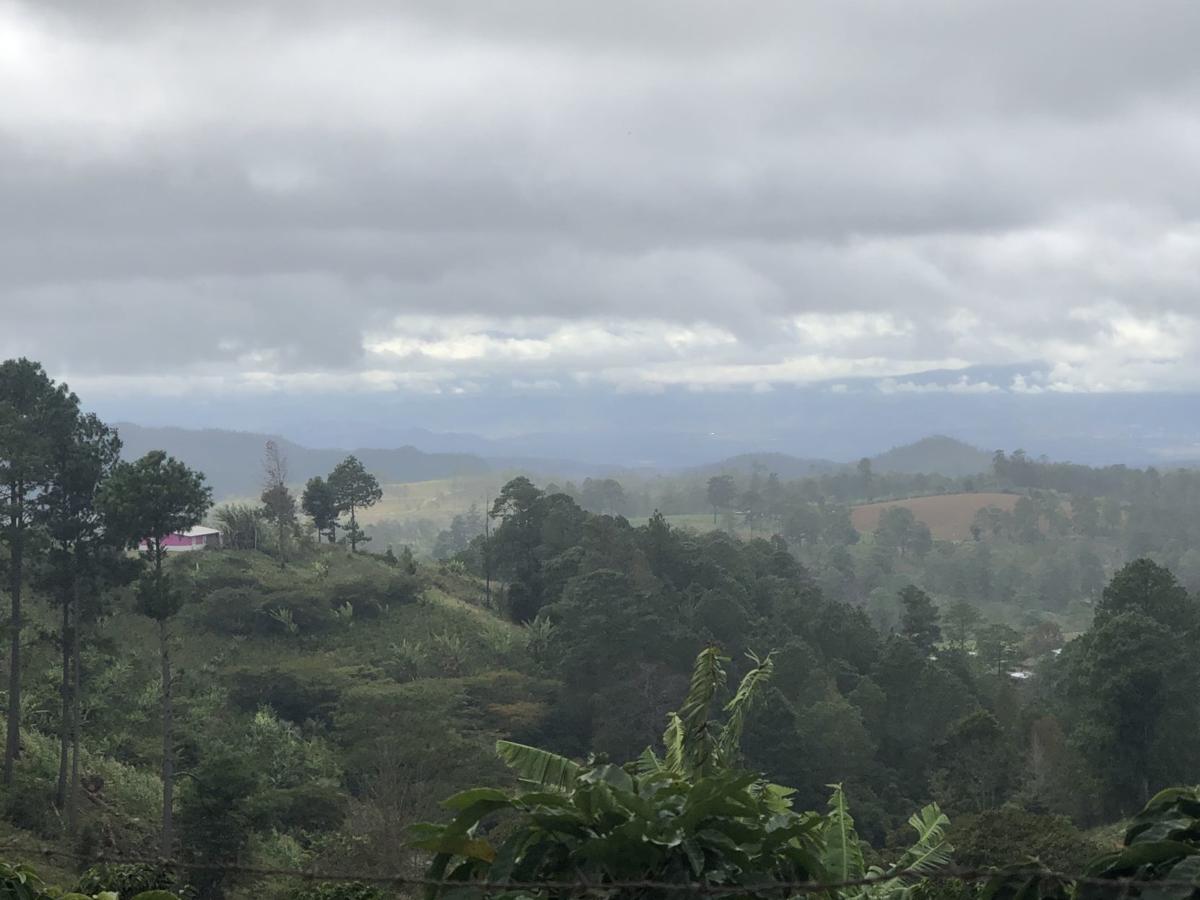 This is the view from the mountainside farm in Honduras Dr. Terry Gaff of Kendallville visited earlier this month while on a medical mission. 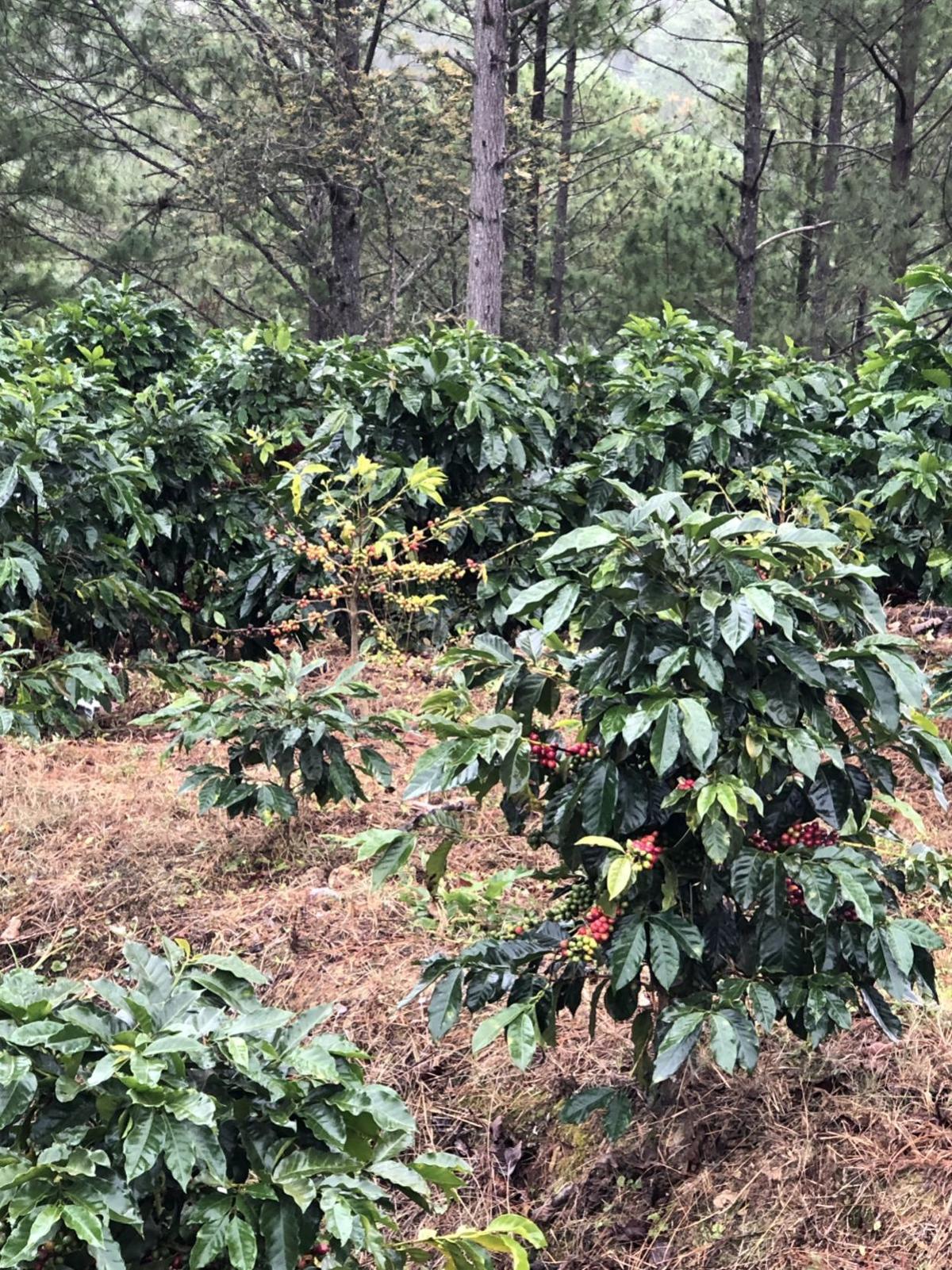 These coffee plants grow in Honduras.

These horses are grazing in Honduras.

This is the view from the mountainside farm in Honduras Dr. Terry Gaff of Kendallville visited earlier this month while on a medical mission.

These coffee plants grow in Honduras.

This is a continuation of the description of our group’s recent medical mission trip to Honduras, which began with last week’s column.

After a night of rest in the “His Eyes” Mission House in the Honduran capital city, Tegucigalpa, we climbed into the back of pickup trucks for a two-hour trip to the northeast. This included travel on roads that were little more than dirt paths into the mountains with many switchbacks and few guardrails.

We arrived at a 35-acre farm and church near Las Botijas that are associated with the Mission. We attended their Sunday service and ate lunch with the church pastor’s family and friends.

Six of their acres are devoted to growing coffee plants from which they harvest coffee cherries. These cherries are machine-husked, then washed and dried in preparation for roasting. We were told that one cup of coffee requires about five pounds of coffee cherries. The roasted beans are subsequently sold as Hill Climber Coffee with the proceeds used in support of the Mission.

The husks of the coffee are used as fertilizer around the coffee plants. So, there is little or nothing wasted in the harvest process.

In addition to growing coffee as well as avocados and bananas, the pastor/farmer had a menagerie of animals in the backyard of his home, including pigs, chickens and a goose. There were also horses grazing freely along the road in front of the house and sheep in a field nearby.

They made use of the resources that were available. For example, they used barbed wire instead of rope or other wire for their clothesline because barbed wire was all they had.

The home and church were fairly basic and primitive. But they did have running water that had been collected in cisterns from a pipe that came down from a mountain spring about three miles away.

However, if they wanted hot water, a fire was required. Because of this, throughout our trip, we frequently saw people chopping wood with machetes and hauling bundles of sticks on their backs or on the back of their motorcycles or other vehicles.

With their warm climate at about 15 degrees latitude, they did not use much firewood for heating. But they did use it for cooking and baking in earthen ovens that looked like large mounds of dirt.

They told us that they build a fire inside the oven to heat it, then scrape out the fire and replace it with loaves of dough, making as many as 16 loaves of bread at once.

They were very pleased to tell us of the bread their teenagers had made and sold. With the money they made and saved after many months of work, they had financed a trip for eight of the teens to attend a conference in the city.

I was humbled by the tenacity of those young people and the leadership of the pastor/farmer and his wife in achieving their goal.

After lunch and a tour of the mountainside farm, we piled into the back of the pickup trucks again for the two-hour trip back down to the Mission House with a stop off at the grocery store to purchase snacks and drinks for some of our group.

The environment, language and customs as well as the food all took some getting accustomed to, which our host missionaries were prepared for, based on hosting many precious short-term missions. So, that night in addition to the newly purchased snacks and drinks, they provided us with Little Caesar’s Pizza and chocolate-covered frozen bananas for dessert.

To round out the night, there were devotions and discussion of the next day’s planned clinic. Everyone pitched in to make PB&J sandwiches for the clinic lunch. Then, we prepared bags of medicines that had been donated and brought with us to be distributed as part of our medical mission.

Over the next weeks in this column, I plan to continue the saga of our medical mission experience. My hope is that you will find it interesting. Please feel free to give me feedback.

Dr. Terry Gaff is a physician in northeast Indiana. Contact him at drgaff@kpcmedia.com or on Facebook. To read past columns and to post comments go to kpcnews.com/columnists/terry_gaff.

Sorry, there are no recent results for popular images.