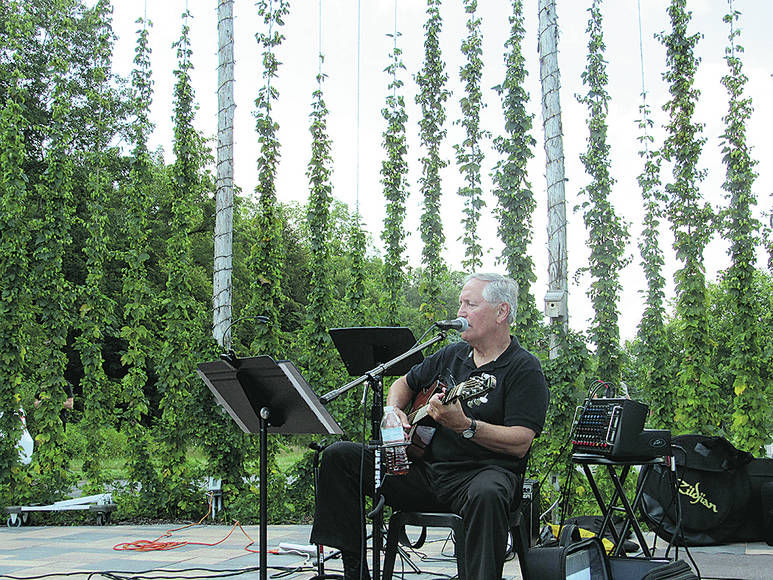 Dan Heath, a local musician, plays music for guests as they arrive at the farm. 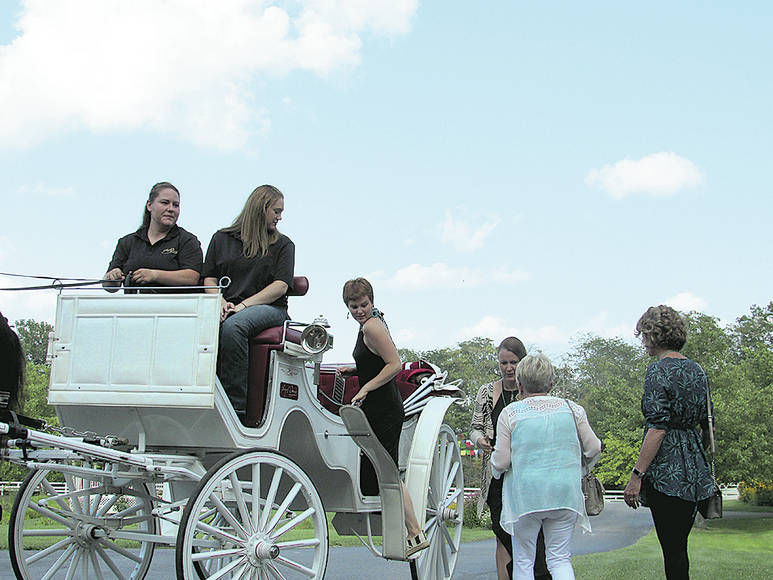 Partygoers went on carrige rides before the meal at the TROY Center benefit. 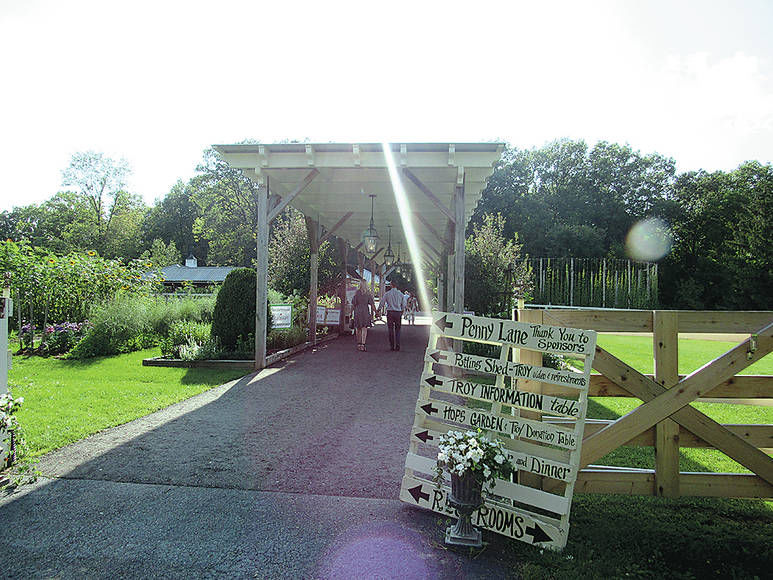 The Joseph Decius farm was fully decorated for the occasion. 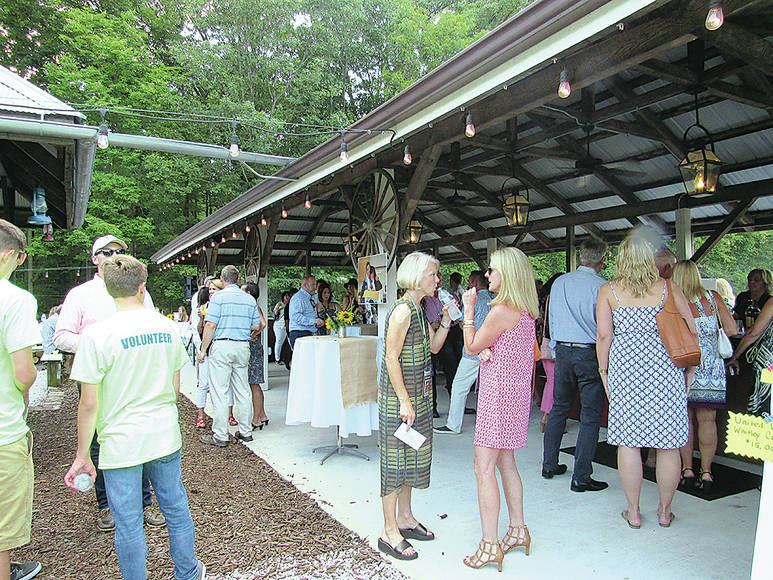 Partygoers enjoyed drinks and socialization before the meal began. 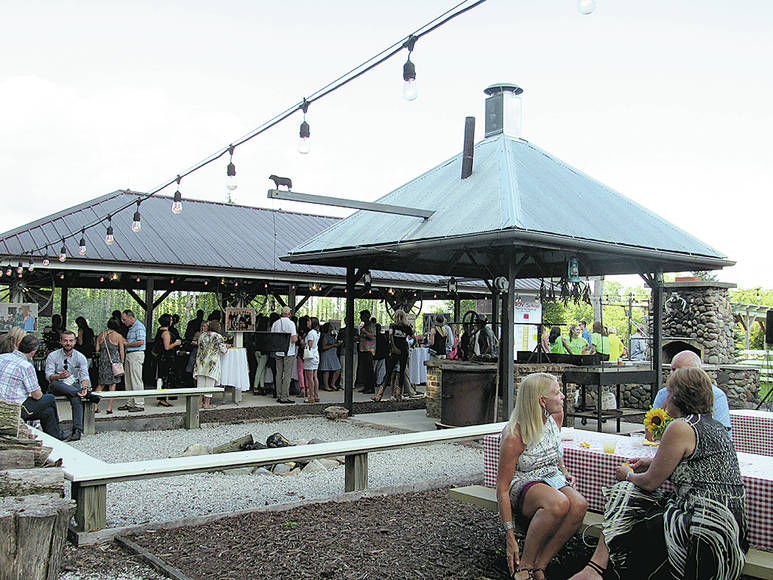 A dinner of hamburgers a variety of salads were served to donors. 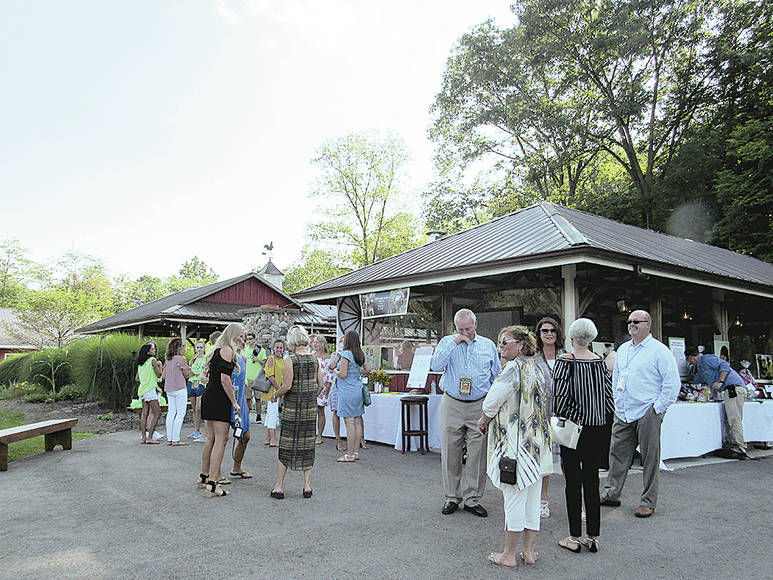 As a fundraiser, a desert and silent auction were held.

Dan Heath, a local musician, plays music for guests as they arrive at the farm.

Partygoers went on carrige rides before the meal at the TROY Center benefit.

The Joseph Decius farm was fully decorated for the occasion.

Partygoers enjoyed drinks and socialization before the meal began.

A dinner of hamburgers a variety of salads were served to donors.

As a fundraiser, a desert and silent auction were held.

In addition to raising money for the non-for-profit organization, the event raised awareness of the school.

“A lot of people in the community don’t even know that we exist, and this year we have a lot of students that are registered,” said Michelle Platz, a teacher at the school. “Usually, at the beginning of the school year, we’re not at our maximum, but this year we definitely are going to need scholarships to for all these kids that have shown up and have interest in this school.”

The school is starting the year with 42 students, a significant jump from the typical 20.

“From 3-6 p.m. or 3-7 p.m., it gave them some life skills lessons and helped tutor them and helped be there for them because we found that kids that were on probation after school didn’t get much supervision during those times, and were getting in trouble,” he said.

Over time, the program evolved to include an alternative school for students. It was initially funded by Whitley County Community Corrections, but became an independent, nonprofit that evolved into the alternative school it is today.

“I’m very pleased with what they’ve done, to see it start out from three or four kids to what we have now is fantastic,” Heuer said.

Lifelong educatorKaren Hedrick, who is now director of Children and Family Ministries at the Columbia City United Methodist Church, found herself working at TROY while on maternity leave.

“I’ve always been a teacher, so I started working there and just absolutely fell in love with the kids,” Hedrick said. “The things they said and did were appalling, yet I found myself gravitating toward them. I was able to see as a public school teacher that public education is not for everyone.”

TROY is even making a difference for those not enrolled in the program, as recent intern Jayla Wigent learned last year.

“I got into it because Krista, who is an administrator at TROY, was my small group leader for two years at my church, so me and one of my friends went,” she said. “She always talked about how she was emotionally invested in these kids and how they had so many different stories but you could tell that they just wanted love.”

While Wigent was not directly involved in the educational aspects of the school, she was able to develop relationships with the students through their life skills classes.

She also learned something that TROY is trying to help the students understand.

“I learned that you can’t help the cards that you’re dealt, you can’t help what parents you’re born with and their financial situation,” she said. “You can help how you respond to it and how you grow from it.”