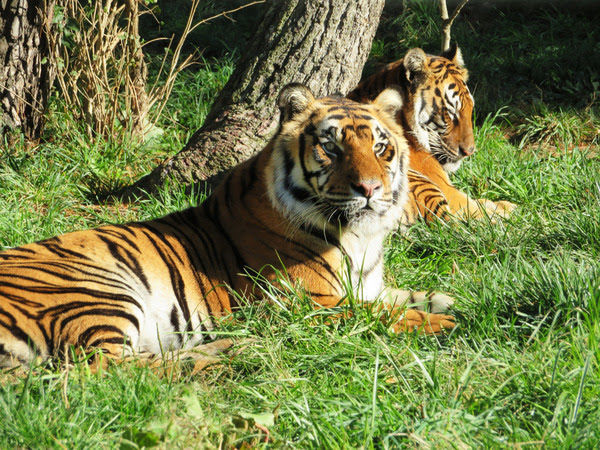 Top Cat and Millie the tigers rest in the grass at Black Pine Animal Sanctuary in Albion in this file photo from 2018. 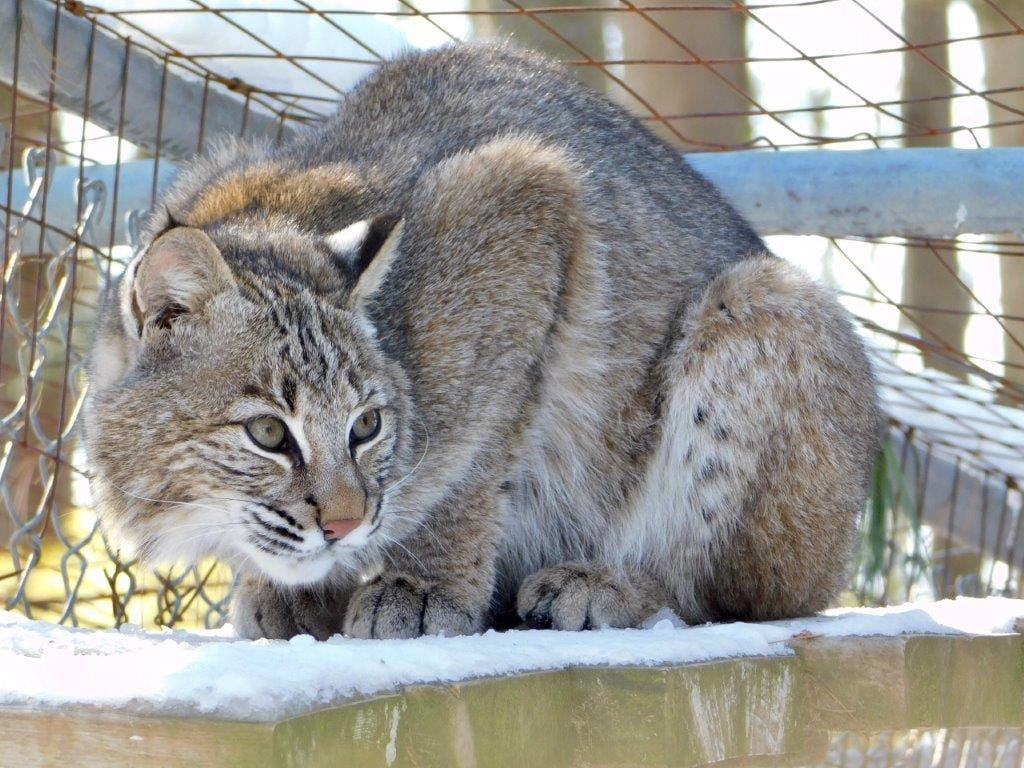 Evaki, a young bobcat, has arrived at Black Pine Animal Sanctuary in Albion.

Top Cat and Millie the tigers rest in the grass at Black Pine Animal Sanctuary in Albion in this file photo from 2018.

Evaki, a young bobcat, has arrived at Black Pine Animal Sanctuary in Albion.

ALBION — The coronavirus pandemic has proven to be a weird time for Black Pine Animal Sanctuary.

Not only is it hard to get all of the cleaning supplies needed and pay for food for animals right now while the season is delayed, a cultural phenomenon is exacerbating the sanctuary’s difficulties.

Netflix’s “Tiger King,” which many stuck at home have resorted to binge-watching, explores the world of the illegal pet tiger trade and the harmful roadside zoos they end up at.

However, “Tiger King” only briefly explains bad conditions animals are kept in and what makes them abusive. Most of the documentary delves into drama between warring zoo and animal rescue owners and the employees there.

“We’ve been getting a lot of really bizarre emails,” Brown said.

In fact, Black Pine has rehabilitated a big cat that was owned by someone mentioned in the documentary.

Black Pine is a member of the Big Cat Sanctuary Alliance and is accredited by the Global Federation of Animal Sanctuaries.

“We are the only multi-species sanctuary in the Midwest who have that certification,” Brown said.

In practice, what that means for Black Pine is that they take in animals from roadside zoos, pay-to-play and other places or people that exploit animals.

For example, Africa, Black Pine’s lioness, was brought to them from a pet-and-play situation where she was kept in a kennel.

Upon arrival at Black Pine, she could barely walk.

“She’s completely recuperated,” Brown said of Africa, but noted others aren’t that lucky.

“She loves to play. She’s very active. It just depends,” Brown said. “Some of them don’t recover.”

Requests for Black Pine to take in animals from roadside zoos and other places with exotic animals have been increasing during the pandemic, too, Brown said.

Just like with Black Pine, not opening can make times tough, but having to completely shut to visitors makes these roadside zoos unable to keep their animals at all.

However, the sanctuary, housing more than 100 animals right now, can’t take many more.

Brown also made a point to call cub petting, a type of pay-for-play, “terribly abusive.” When facilities let visitors pay to pet tiger cubs, those facilities are normally breeding the animals just for that.

When the cubs get too dangerous to pet, they’re sometimes killed or sold to other places or people that might take them.

Brown said roadside zoos and other facilities like some shown in “Tiger King” aren’t rare.

So, throughout the pandemic, Brown and her trainers have taken time while the sanctuary isn’t open to highlight how they rescue animals from those dangerous conditions.

They’re also accepting donations in a number of different ways to meet demand for care for the animals.

One, which has become a need for many outside of Black Pine, too, is cleaning supplies.

“We’ve had to step it up with some of our cleaning protocols,” Brown said.

While Black Pine was already clean before, news of a tiger at the Bronx Zoo being infected with the coronavirus is making the Albion sanctuary take extra steps to prevent that happening there.

Brown said the sanctuary is “in desperate need” of things like bleach, paper towels and hand sanitizer.

Another way to support the sanctuary is to report a freshly-hit deer to them if it’s within 20 miles of Black Pine.

Farmers who are about to put down an animal can get in touch with the sanctuary to see about donating meat, too.