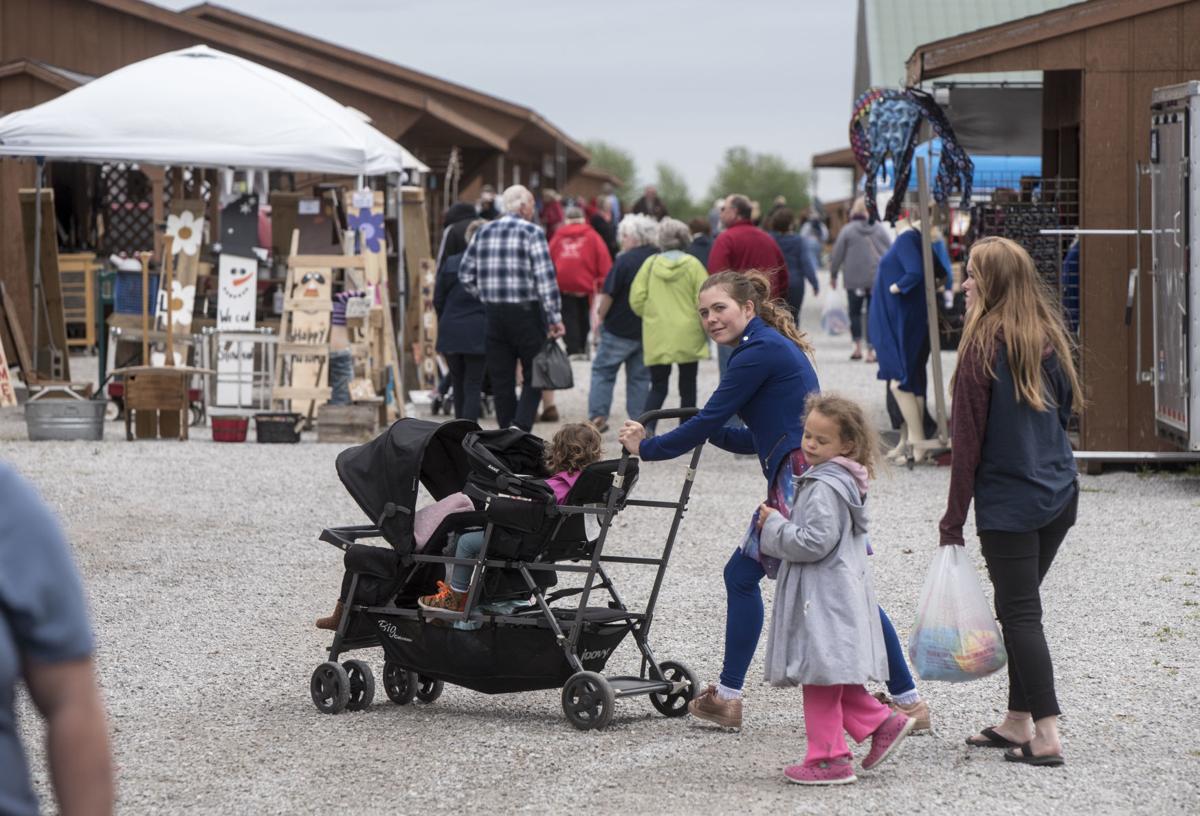 Thousands of visitors made the trip to Shipshewana’s famous flea market Wednesday. 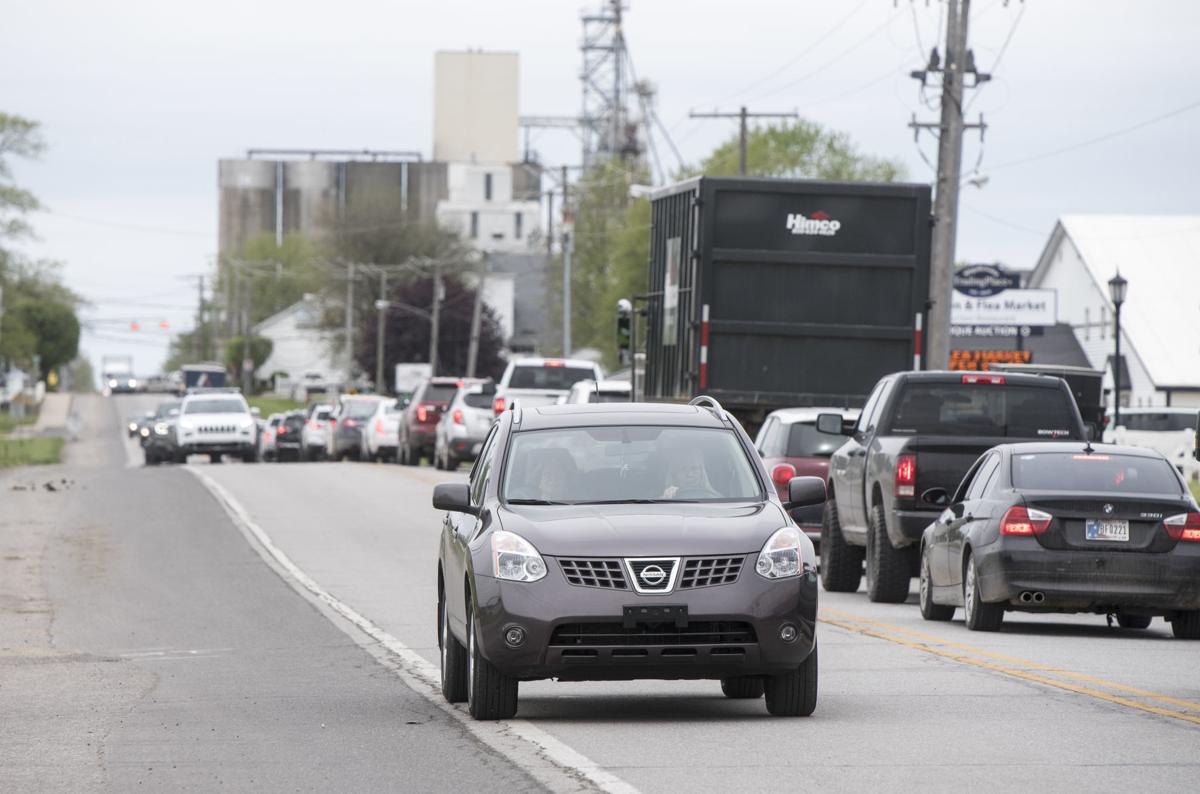 Traffic in Shipshewana Wednesday was backed up more than a quarter of a mile as visitors to the small LaGrange County town returned.

Thousands of visitors made the trip to Shipshewana’s famous flea market Wednesday.

Traffic in Shipshewana Wednesday was backed up more than a quarter of a mile as visitors to the small LaGrange County town returned.

SHIPSHEWANA — Traffic Wednesday in Shipshewana was at times backed up nearly a quarter of a mile on S.R. 5 south of the town’s four-way stop, a sign that business in this small LaGrange County town is starting to get back to normal.

One of Indiana’s biggest tourism destinations, Shipshewana looked more like a ghost town in the past six weeks as the state shut down businesses to help in the fight against the coronavirus. With most of its businesses deemed nonessential, tourist traffic in Shipshewana disappeared.

But now that the state is starting to relax restrictions on businesses, tourists appear to be anxious to get out of their homes and do something they enjoy, and with Shipshewana’s flea market and antique auction open, they are coming back to Shipshewana.

“I wouldn’t say it’s back to normal, but I would say it’s a really encouraging sign to see the amount of traffic we’ve had and to have the amount of phone calls we’ve had asking about what’s open,” said Phyllis Youga, executive director of the LaGrange County Convention and Visitors Bureau. “But we’re very encouraged by what we’re seeing early on here.”

The owners of Shipshewana Trading Place, home of the flea market and antique auction are an essential hub of Shipshewana’s economic picture. Market spokesperson Lora Gates said her office’s phone was ringing off the hook Monday with calls from people wanting to know if the auction and flea market were open.

She cautioned those callers and visitors that things will look a little different this year at both ventures. There will be fewer auctioneers working rings inside the auction barn, allowing people to have more room to social distance. The flea market will be spread out farther, allowing vendors and visitors a little more elbow room as well.

The market is hosting only about half the vendors it would typically, allowing those businesses to be spaced out from one another.

And finally, the market is encouraging people to do what they can to protect themselves.

“People who can and are willing to wear masks, we ask that they do that, although that’s not a requirement,” Gates said.

While less than half of the visitors to the flea market Wednesday chose to wear facemasks, most of the market vendors wore masks and gloves. Gates said this is all part of the new normal at the market.

Crowds at the flea market were decent, although Gates said they certainly wouldn’t set any sort of record.

Many of Wednesday’s visitors to Shipshewana appeared to be coming in from out of state. Cars with Illinois, Ohio, and Michigan plates were nearly as numerous as those with Indiana plates. Many visitors to the area said they were simply tired of sheltering at home and just wanted to get out and do something.

Dan Schul of Wabash, his wife, and young son spent a couple of hours Wednesday morning visiting Shipshewana’s flea market before venturing into town to visit a couple of stores. They stopped by Blue Lakeside Treasures, a collectible glass shop on Morton Street in downtown Shipshewana. Schul said this was his family’s first trip to Shipshewana, saying they were suffering quarantine fatigue.

“We just wanted to get out of the house,” Schul said.

Shop owner Judy Thurber chatted with Schul and his wife while wearing a cloth facemask. Thurber later said she’s happy to be back in business but admits visitors have been slow to return to the downtown shops.

Youga said the Convention and Visitor’s Bureau put out a big social media push the first part of this week, letting people know Shipshewana is back up and running. She said the amount of online traffic that responded to that notice was encouraging as well.

“Honest to goodness, we had 88,000 views,” she said. “So the word is spreading far and wide. I think visitors just kind of look at the flea market as a safe option. It’s shopping but it’s outdoor, and provides a lot of room for people to move around but still keep away from others.”

Flea market vendor Rosemary Silva, who sells primitive folk art collectibles, said traffic in and out of her booth Wednesday morning was far better than she expected. Silva, who said she owns a store in Decatur, said the booth at the market is an important part of her overall business.

“The crowds have been pretty good,” she said. “I think people were just ready to get out and do something.”