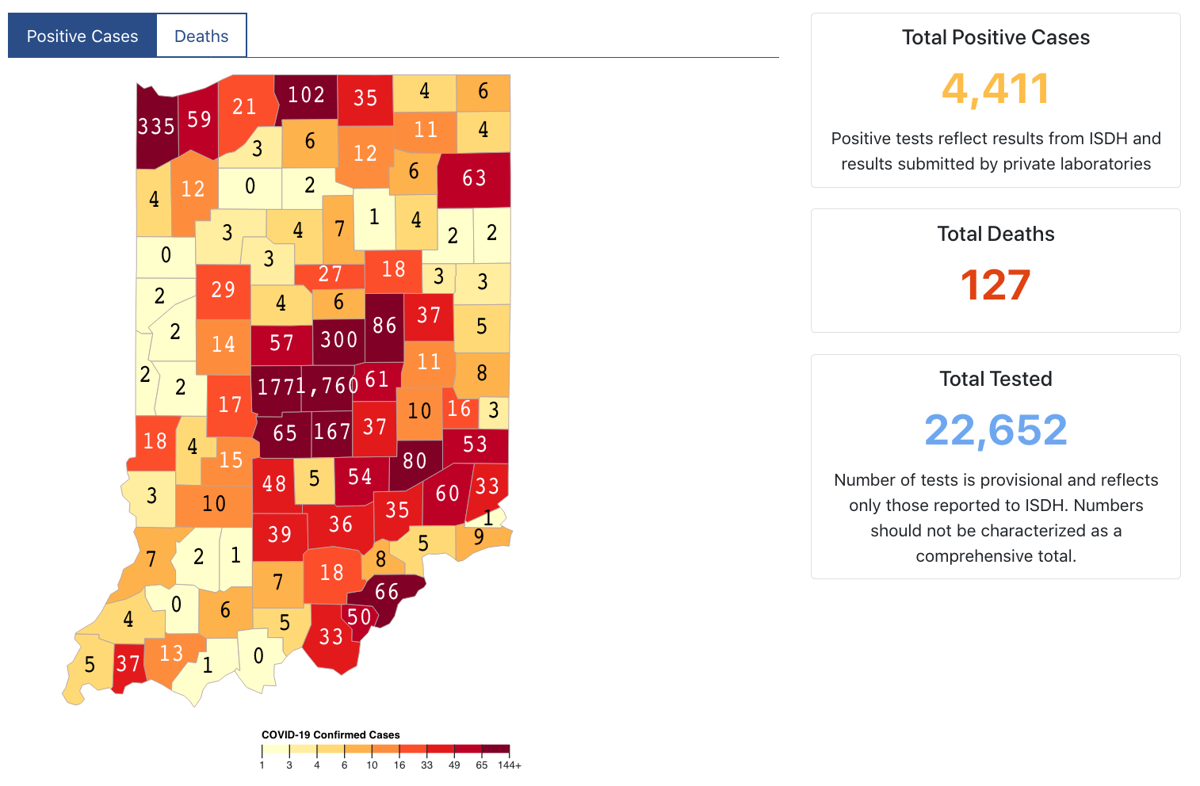 New cases were reported in Noble and Steuben counties as of Sunday's 10 a.m. report from the Indiana State Department of Health. 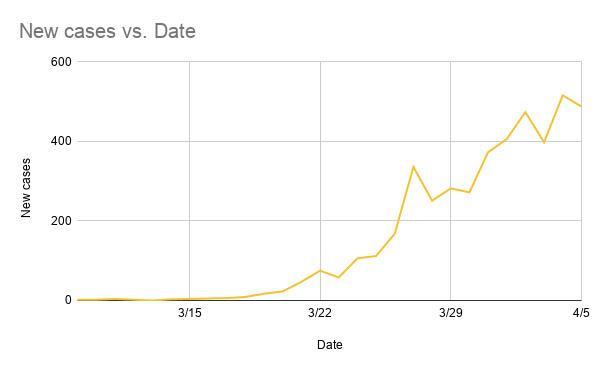 The number of new cases in Indiana was slightly down from Saturday's record high, but still close to 500 new cases were recorded.

New cases were reported in Noble and Steuben counties as of Sunday's 10 a.m. report from the Indiana State Department of Health.

The number of new cases in Indiana was slightly down from Saturday's record high, but still close to 500 new cases were recorded.

INDIANAPOLIS — The number of diagnosed COVID-19 cases increased in Noble and Steuben counties again as of the state's Sunday report.

Noble County, which leads the four-county area in cases, has recorded another two new cases, bringing its total to 11. Steuben County, which had four cases as of Saturday's 10 a.m. update, is now reporting six cases.

LaGrange and DeKalb counties both sit with four, after the DeKalb County Health Department announced another new case on Saturday afternoon.

The Indiana State Department of Health dashboard now also reflects Noble County's first death, which was reported Friday by the county health department as a resident of Sacred Heart Home in Avilla. New cases were also identified inside the long-term care facility.

As senior citizens are more likely to develop serious complications or die from COVID-19, efforts to control the virus inside that facility will be paramount in the weeks to come.

Statewide, the total number of cases increased another 488 to 4,441 total. At recent rates, the state is likely to eclipse 5,000 cases by Tuesday.

The number of deaths has increased to 127 as 11 more Hoosiers died on Saturday.

Testing has increased significantly over the last two days, with the state processing about 3,000 tests each day. Testing overall, however, remains as a limiting factor in tracking the virus. Locally, only about 0.1% of the population has been tested, while statewide it's about 0.3%.