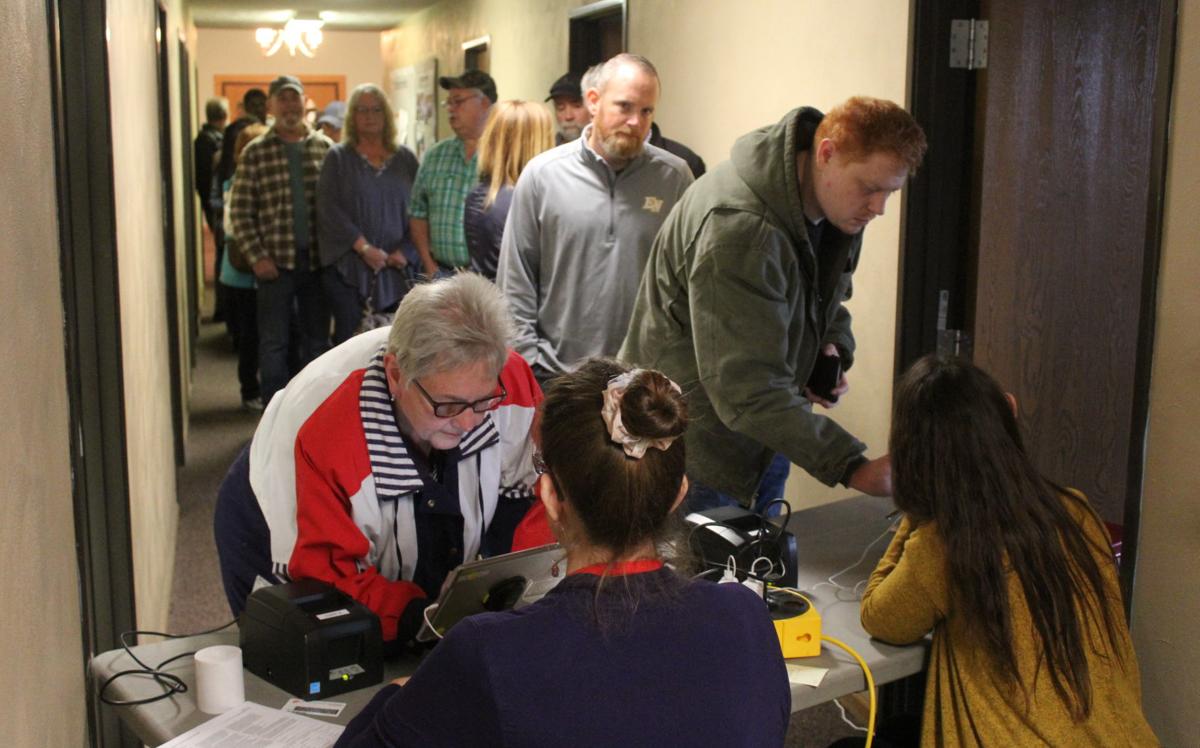 Voters queue in the hallway at Bridgeway Church in Kendallville to vote in this file photo from November 2018. Bridgeway, the county’s most popular vote center, won’t be available on the rescheduled primary date on June 2. 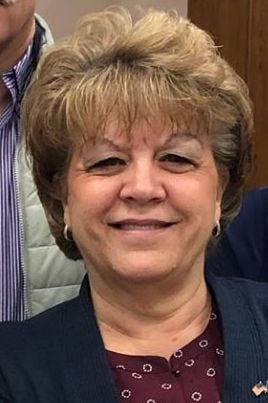 “Bridgeway is our busiest off-site vote center location,” Mawhorter said. “They are not available to us on the 2nd.”

Mawhorter said she checked in with the other seven usual vote centers — CrossPointe Family Church in Kendallville, Orange Township Fire Department in Rome City, Stones Hill Community Church in Ligonier, Merriam Christian Chapel in Merriam, Blessed Sacrament Church in Albion and Noble County Public Library Avilla in Avilla and LaOtto Wesleyan Church in LaOtto — and they should all be available.

That’s good news, but the bad news is that Bridgeway is always the busiest vote center in Noble County, including during early voting.

In the comparable 2016 primary, 832 people voted early during at Bridgeway Church, out of 1,628 off-site votes cast early. That was also about half of the total that voted at the Noble County Courthouse — 1,567 — across 28 days of voting.

The clerk didn’t have exact numbers for Election Day voting, but of the 4,500 votes cast last year in May, Bridgeway had the largest share.

How does Noble County replace that? Mawhorter said she doesn’t know just yet.

“I don’t have all the answers yet. I would love to stay on U.S. 6, sometimes people vote because they see the sign and it reminds them,” Mawhorter said. “I have had suggestions of the school — but if the kids have to go into the summer that would not work — the Community Learning Center, but both these sites are off the beaten path. I want it to be visual.”

In eight years as clerk, Mawhorter has stressed consistency in trying to keep the same vote center locations so that people know where to vote.

After transitioning from precinct voting, with many polling sites across the county, to few centralized vote centers, getting voters trained on the routine was paramount.

“I am all about consistency. I would have loved to finish my term in a consistent manner. But, this virus has made that impossible,” Mawhorter said.

Because the state moved the primary and because of the ongoing concerns about coronavirus, state election officials have also made it easier to obtain a mail-in ballot. Mawhorter and other local clerks have already been encouraging voters, especially those most at risk for coronavirus including senior citizens and people with underlying conditions, to vote by mail.

In 2016, the county processed 272 mail-in ballots and Mawhorter said the number of requests so far is already on pace to easily surpass that number.

“I anticipate a large increase in absentee by mail and we are prepared for that,” Mawhorter said. “I would still encourage everyone especially the most at risk to vote by mail.”

Updated details about vote center locations, early voting availability, and Election Day locations and times will be released later when the new election plan is finalized.