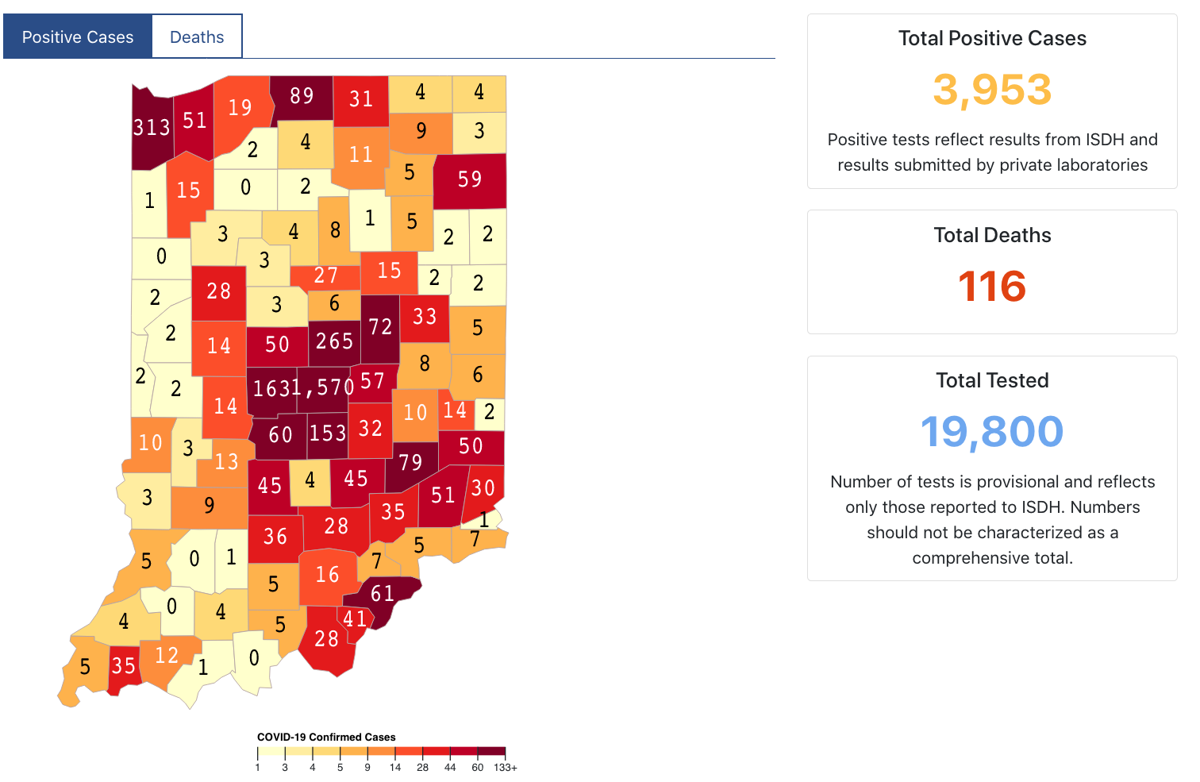 Indiana is approaching 4,000 cases of COVID-19 after more than 500 Hoosiers were diagnosed with the disease as of 10 a.m. Saturday. 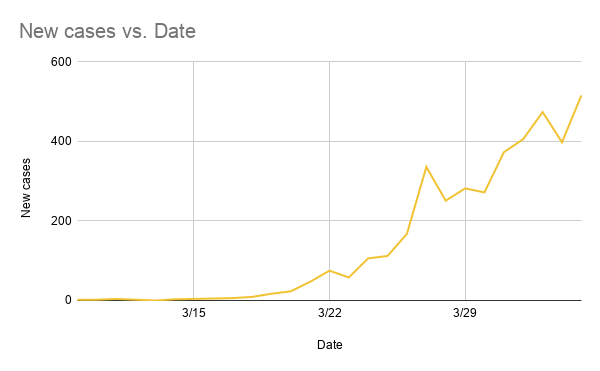 Indiana once again registered the highest number of new cases, with more than 500 additional COVID-19 cases identified as of Saturday.

Indiana is approaching 4,000 cases of COVID-19 after more than 500 Hoosiers were diagnosed with the disease as of 10 a.m. Saturday.

Indiana once again registered the highest number of new cases, with more than 500 additional COVID-19 cases identified as of Saturday.

INDIANAPOLIS — More than 500 new cases of COVID-19 were identified across the state as of Saturday’s 10 a.m. update, the most in a single day so far.

The 516 new cases in Saturday’s update were the largest one day increase, a short-lived record that has been set and reset numerous times this week as testing has increased and the virus surges.

State officials are stating that Indiana appears to be in the upswing of a surge in cases and death, with the expectation that the state may hit a peak as early as the middle of this month but possibly as late as mid-May.

Because of it, Indiana Gov. Eric Holcomb announced Friday he would extend the state’s “hunker down” order for two weeks when it expires on Monday. All Hoosiers are encouraged to stay at home except for essential work, business or travel.

Locally, Noble County’s case count increased to nine, up from five the day before. Steuben County also had two new cases compared to Friday’s report, bringing its total to four.

LaGrange County was unchanged at four cases, and DeKalb was also the same at three cases.

On Friday, Noble County Health Officer Dr. Terry Gaff said the county had its first COVID-19-related death, a resident at Sacred Heart Home in Avilla, although that death has not yet been registered on the Indiana State Department of Health tally.

As of Saturday, 116 Hoosiers have died, an increase of 14 from the previous day.

Which is your favorite mural? For more information visit: https://neindiana.com/mural-festival/artists/call-for-artists