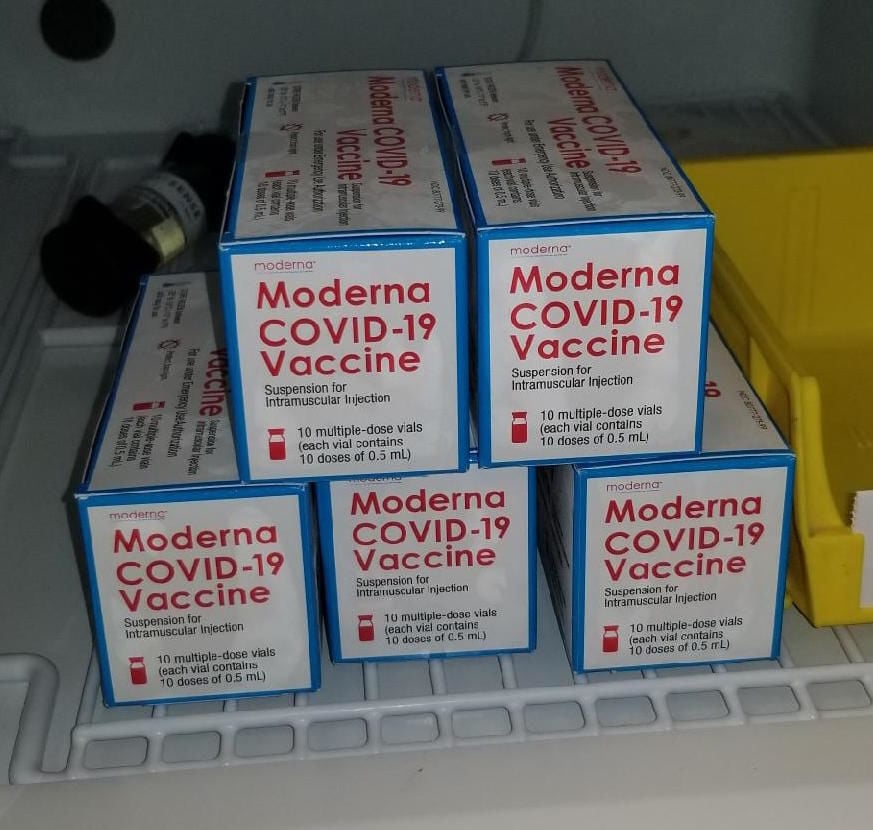 In this Dec. 23 photo, boxes of Moderna COVID-19 vaccine are shown in storage at a Cameron Memorial Community Hospital facility. 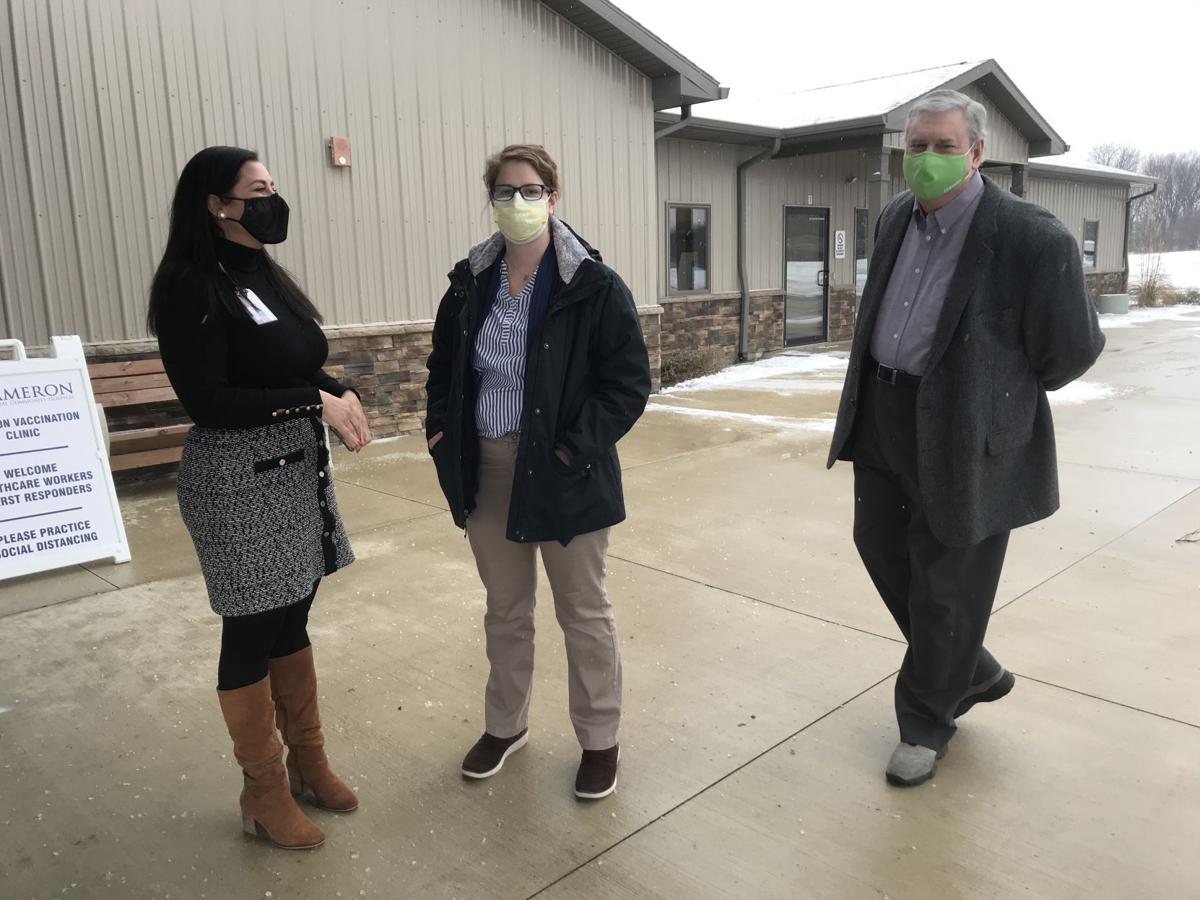 In this Dec. 23 photo, boxes of Moderna COVID-19 vaccine are shown in storage at a Cameron Memorial Community Hospital facility.

It was the first public meeting during which officials had the opportunity to talk about the clinic, which was put into service starting on Dec. 18.

“It was gorgeous,” Commissioner Lynne Liechty said. “I was very, very pleased and very impressed. That’s what (the facility) was intended for.”

The Steuben County Event Center was initially planned as an emergency shelter and banquet facility in the early post Sept. 11 attacks era. Unfortunately, when federal funding fell through, only the event center was constructed.

That didn’t stop the Steuben County Health Department from teaming up with Cameron to put together the vaccination clinic, which so far has been serving health care workers from DeKalb, LaGrange, Noble and Steuben counties.

Steve Wolfe, facilities director at Cameron who set up the clinic, said the operation is running smoothly and could actually handle many more people than what’s currently being scheduled through coordination with the Indiana State Department of Health.

“We’re ready to rock and roll,” Wolfe said, who added that the facility could possibly process up to 600 people a day. It is currently running about a third of that.

The day might come when the clinic will start seeing larger numbers of people. Work is being done to start taking care of more people. The Steuben County Health Department is waiting on word from the state on when to start serving a new segment of the population. That could include emergency services personnel.

After that, the older population will probably be next in line because people older than 70 are more vulnerable to the novel coronavirus.

“At some point in time we’ll be managing this locally,” said Alicia Walsh, administrator of the Steuben County Health Department.

The county and Cameron are in discussions about collaborating on running the clinic that will eventually serve the general public. A timetable has not been announced.

In addition, Walsh said, she’s working with community partners, like the Steuben County Council on Aging and the Steuben County Community Foundation, on working with the older population to get them registered for their vaccinations. Everything associated with COVID-19, from testing to vaccinating, is handled online and some folks might not have access to the internet via computers or smart phones.

On Monday, Walsh was given permission to seek a grant for $40,320 for the operation of the clinic once it goes public.