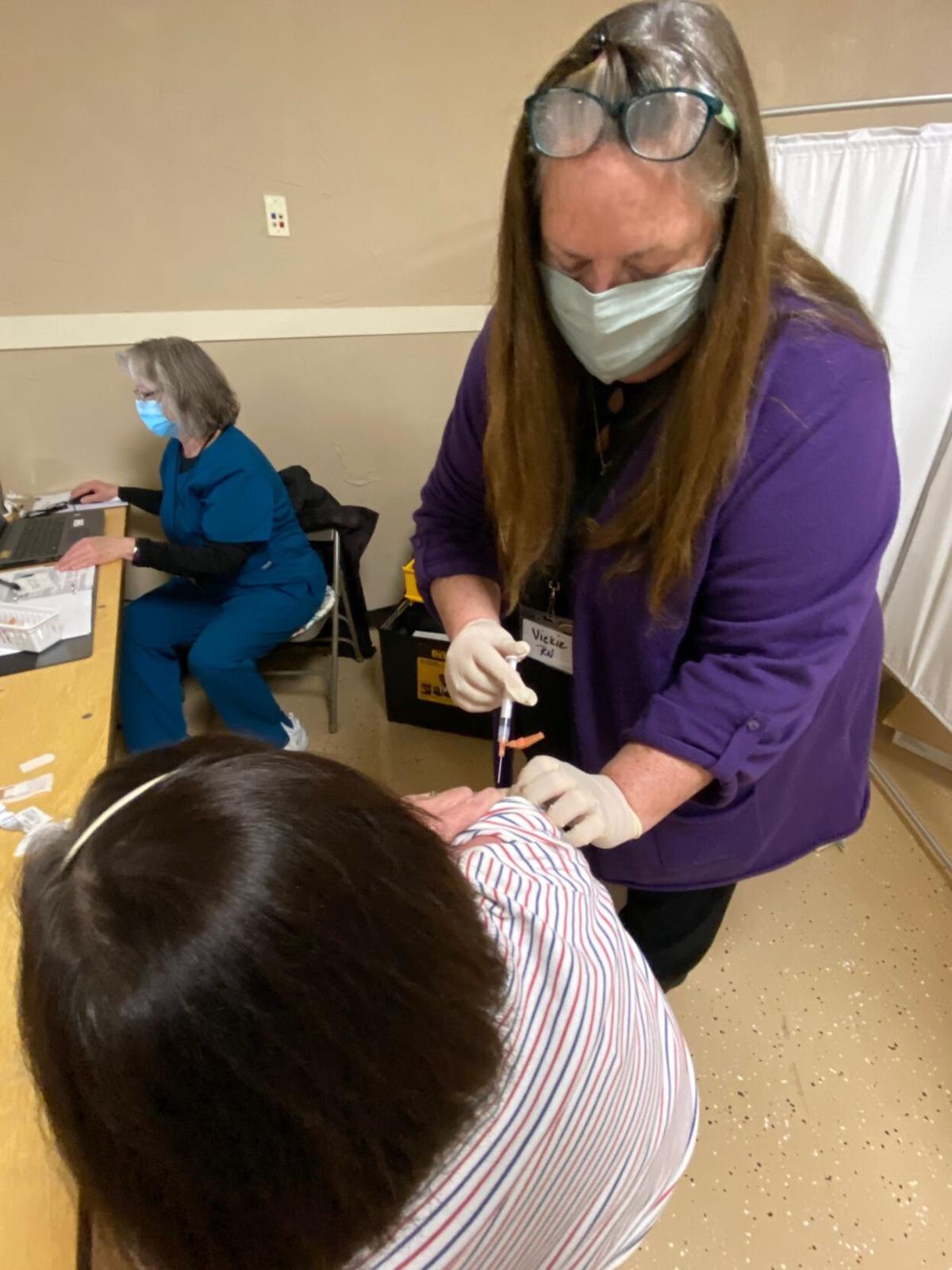 Vickie Faux, RN, administers a COVID-19 vaccination Wednesday at Middaugh Hall in Auburn. Retired after 30 years at DeKalb Memorial Hospital, Faux was among some 15-20 volunteers at the vaccination site. 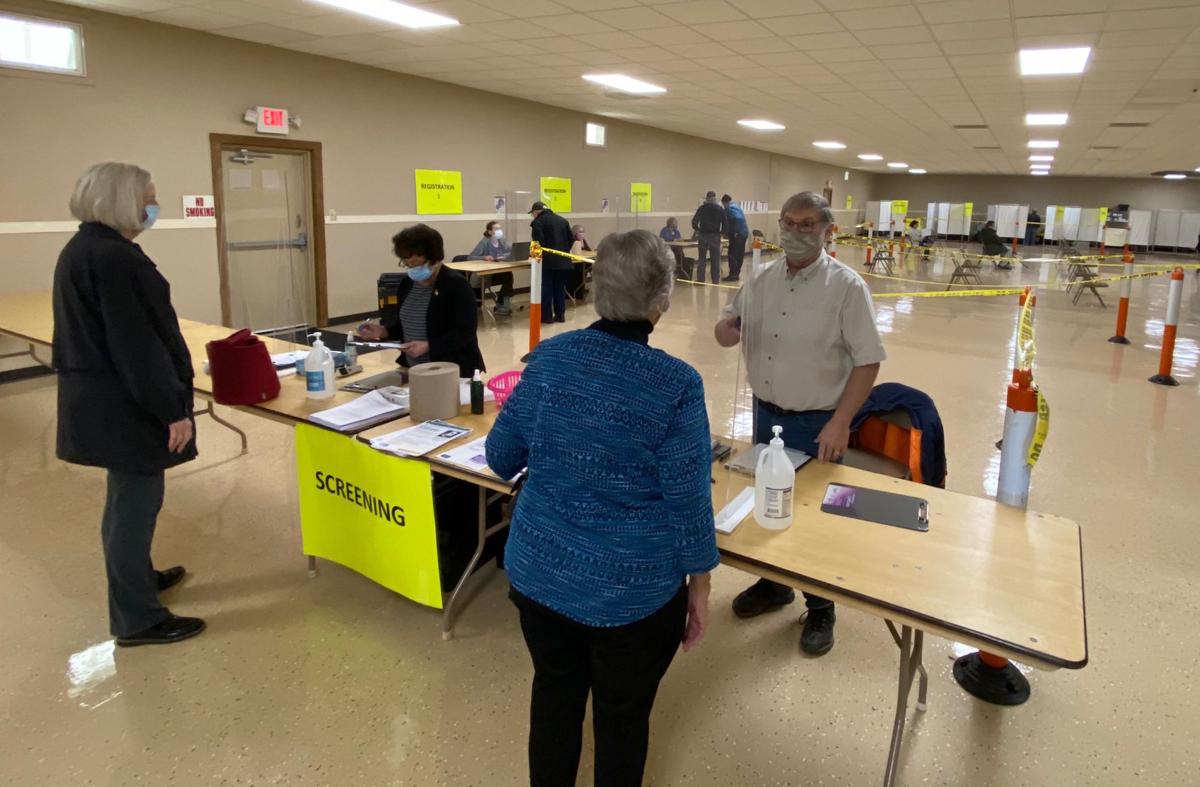 Vickie Faux, RN, administers a COVID-19 vaccination Wednesday at Middaugh Hall in Auburn. Retired after 30 years at DeKalb Memorial Hospital, Faux was among some 15-20 volunteers at the vaccination site.

With a successful first day in the books, the vaccination site is about to get much busier next week.

“You would think for a first day and with 150 doses there would be some kinks and hiccups, but it’s gone amazingly smooth,” said Dr. James Buchanan, a retired physician who volunteered his services at the vaccination site.

“What’s neat is that people seem very appreciative. They’re coming in, they’re happy to get the vaccine,” Buchanan added.

“We’ve had people come in in a reasonable amount of time and get back out,” said DeKalb County Health Nurse Cheryl Lynch, RN.

“I think the staff was well prepared, the setup worked just beautifully,” said Lynch, who planned the vaccination clinic with her staff at the Health Department, Deb Krafft, RN, and Carma Johnson, RN, the county Department of Homeland Security and others.

Wednesday’s shots of the Moderna vaccine were available to health care workers, first responders and county residents age 80 and older.

Next week, the county will receive an expanded allotment of 500 shots, and people age 70 and older will be eligible for vaccinations.

“We will go from doing eight hours a week to doing 27 hours a week” at the vaccination site, Lynch said.

State health officials are handling vaccination appointments online at vaccine.coronavirus.in.gov or by phone at 211. People should not go to the DeKalb County Health Department office for scheduling or for shots, Lynch said. People also should not report to Middaugh Hall without appointments.

Buchanan recommends that eligible people come for the shots.

“One for their own benefit, so they’re protected against COVID, and the other is for the community,” Buchanan said. “The more people that get immunized, the closer we get to that herd immunity where we can stop the spread.”

“Even though younger people have a lower rate of hospitalization, have a lower rate of mortality, that’s not true for our 80-plus-year-olds that are here today, and we want to protect them. So, both as a good neighbor and also for yourself, the benefit of the vaccine outweighs the risk,” he advised.

“So far, we’ve had nobody with allergic reactions or problems, so that’s been pleasing,” Buchanan said about Wednesday’s clinic.

Federal health officials predict about a 1 per 100,000 chance of severe allergies, he said, “But we’re prepared for that” with an area set aside for treatment. People receiving shots Wednesday waited 15-30 minutes in an observation area before leaving.

About 80% of people being vaccinated can expect to have a sore arm, and about half will experience a fever or headache, muscle aches and pains and chills, Buchanan predicted.

“But that can be a good sign,” he said. “Not that you want to feel crummy for one, two or three days, but that also tells you your body recognizes the vaccine. … It’s a good sign that antibodies are starting to form. So it’s a silver lining. As I’ve been telling people, ‘It hurts so good.’ This is one time you do want to feel crummy after a vaccine.”

Most people’s soreness ends by the second or third day after he said.

In contrast, about 20% of people feel no side-effects, he said, “and yet we know most of them are forming antibodies.”