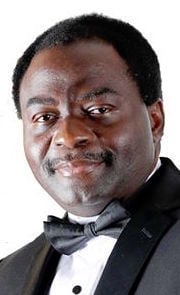 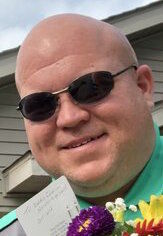 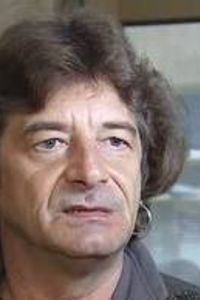 Four candidates are seeking the Democratic nomination for Congress in Tuesday’s primary election.

The winner will run in the November election for the 3rd District seat in Congress. The district includes Adams, Allen, DeKalb, Huntington, Jay, LaGrange, Noble, Steuben, Wells, and Whitley counties and portions of Blackford and Kosciusko counties.

Republicans have held the seat continuously since the 1994 election.

Profiles of the Democratic candidates are derived from information on their websites and campaign Facebook pages, as well as their interviews with the websites vote411 and Ballotpedia.

Coldiron lives in Ossian and works as a science teacher at Norwell High School.

• to “fix the Affordable Care Act so that everyone has affordable healthcare insurance;”

• to “help those struggling with student loan debt without using taxpayer’s dollars;” and

• to “find ways to better protect the environment and use ‘clean energy’ to promote economic growth.

He opposes using tax money for school choice programs. He supports raising the minimum wage to $15 per hour.

His website says he supports “sensible gun laws” and adds: “Americans living in the Midwest thrive on hunting and deserve to have their freedom to possess guns continue to be protected as the 2nd Amendment allows. However, no one needs an assault rifle that sprays 50 to 100 rounds per minute for hunting, nor for self-defense.”

Coldiron’s website says his goal is “to bring together traditional ‘liberal’ and ‘conservative’ ideas in order to find a middle ground that we can all be proud of, one where we are not simply ‘red states’ or ‘blue states,’ but one where we are a mixture of both ideologies.”

Kalonji lives in Fort Wayne and is the owner of trucking company and a truck driver.

His campaign’s Facebook page says he grew up in the Democratic Republic of the Congo. He earned his bachelor’s degree in electrical and electronic engineering from the University of South Maine in 1998 and his Master of Science degree in telecommunication management from the Stevens Institute of Technology in 2003.

On his page, he wrote, “To everyone who has been knocked down, counted out or left behind: This is your campaign. We are in a battle for the soul of this nation, and it's a battle that can only be won if we're fighting together.”

He told Ballotpedia his three key issues are

• the economy, adding “Trade should be paramount. Acquisition of new market through technical innovation. By promoting eduction, research and development.”

• social and economic justice where resources are shared fairly, with “living wages for normal work.”

Kalonji said he is passionate about infrastructure, social justice and “well-advised foreign policy where talk will be paramount.” He added, “War should be the very last thing to do.”

Marcano lives in Roanoke and is self-employed as a tile installer.

He told Ballotpedia that he was born on the island of Oahu, Hawaii. His family moved to Indiana, and he graduated from New Haven High School in 2003. He studied at Indiana University-Purdue University Fort Wayne before leaving to go into business with his father.

• End corruption: “We will get money out of politics and make sure we are representing the interest of the people and not corporations. Lawmakers should not be profiting off of the backs of the American working people.”

• Medicare for all: “We will establish a single-payer system, negotiate lower drug costs, all while encouraging preventive care.”

Marcano said he is passionate about health care, education, agriculture and infrastructure. He supports free state colleges and trade schools.

His website says he has learned the community wants better health care, a livable wage and to take corruption out of politics.

In addition, his website says he supports increased funding for public schools, a “livable minimum wage that is tied to inflation,” ending unnecessary wars and nation-building and reforming the criminal justice system.

Schrader also ran for the Fort Wayne city council in 2015.

His campaign does not appear to have a website or Facebook page, and he did not respond to questions from Ballotpedia.

SATURDAY: Profiles of the Republican candidates for Congress.