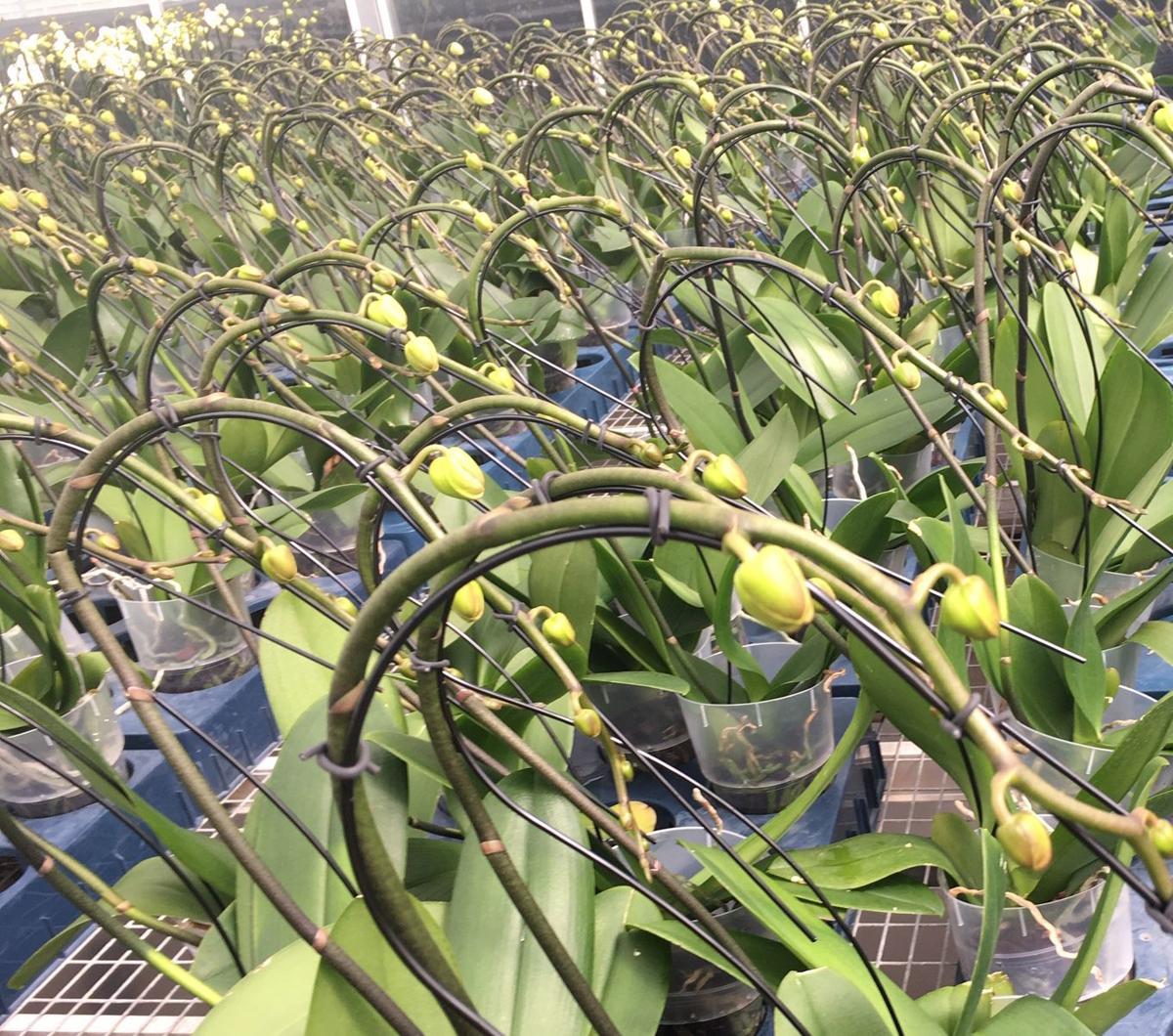 The early stages of phalaenopsis stem training begins with the most mature bud being marble size. The plants need plenty of space to develop their graceful arch so they are spread out generously on a bench. 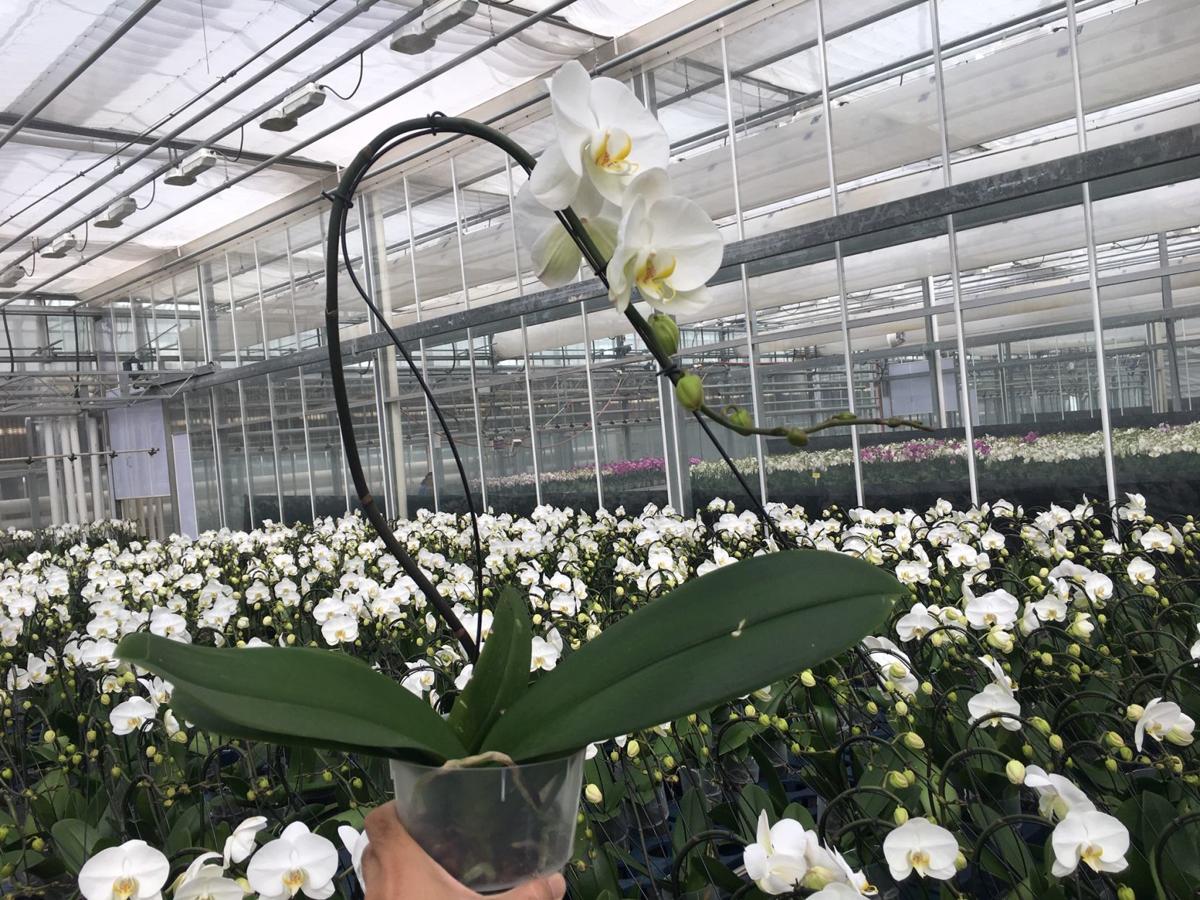 Thousands of “trained” phalaenopsis sit in a greenhouse until the flowers are fully open. Each stem has been meticulously secured to curved wire with multiple ties. The entire process takes six weeks.

The early stages of phalaenopsis stem training begins with the most mature bud being marble size. The plants need plenty of space to develop their graceful arch so they are spread out generously on a bench.

Thousands of “trained” phalaenopsis sit in a greenhouse until the flowers are fully open. Each stem has been meticulously secured to curved wire with multiple ties. The entire process takes six weeks.

Consumers may have noticed some unusual offerings in phalaenopsis lately. The traditional “moth” orchids with their signature cascading blooms look different somehow. The size, shape and color of each flower are the same but the overall appearance requires a second or even third look.

What is difficult to comprehend initially is that the flower stems turn in a way that is not normal. Each is attached to a piece of angled wire and is pointing downward or to the side. The designs have clever names and command a premium price.

Some of the styles are called “Waterfall” in which flowers cascade down, “Heart” in which two stems curve symmetrically inward, and “Spiral” in which the blooms curl around like a flagpole.

No doubt, the public is weary of orchid gimmicks that have recently included such horrors as ice cubes, dyed flowers and shot glasses — all of which significantly shorten a plant’s blooming time. Yet, there does not seem to be a downside to stem manipulation since it doesn’t create any obvious botanical ills. In the wild, phalaenopsis are not staked at all and are left to ‘float’ in the wind, for better or worse.

Purists will undoubtedly object on the grounds that the natural contour of the orchid has been altered. “What are they doing to this poor plant?” However, there is a long history in broader horticulture circles of equally benign methods such as tomato cages in which the fruit is artificially lifted off the ground.

The reason for this new orchid innovation is that the majority of phalaenopsis on the market today are modestly sized which make them easy to transport but not particularly showy. The really fantastic varieties have long sprays of large flowers but these are just too tall for most stores to carry.

Enter the trained stems which scale down even the most unruly plants.

The technique used to train the long stems requires nimble fingers and a six week lead time. The process begins with budded stems completely unstaked and leaning over from gravity — the most mature bud being the size of a marble.

A curved wire is then inserted into the pot and the stem attached via twist ties every few inches. The buds are made to point unnaturally down but, over time, will reorient themselves upward to face the light. The plant should then not be moved until the flowers are fully open and hardened off; otherwise, they will be cockeyed.

This delicate stem curling procedure is best administered by professionals and is not without risk. Even the experts crimp or break a significant number of stems. Trained plants need plenty of space to develop their graceful arch and are spread out generously on a bench. Only this year’s presentation will be affected and subsequent bloomings will be back to normal.