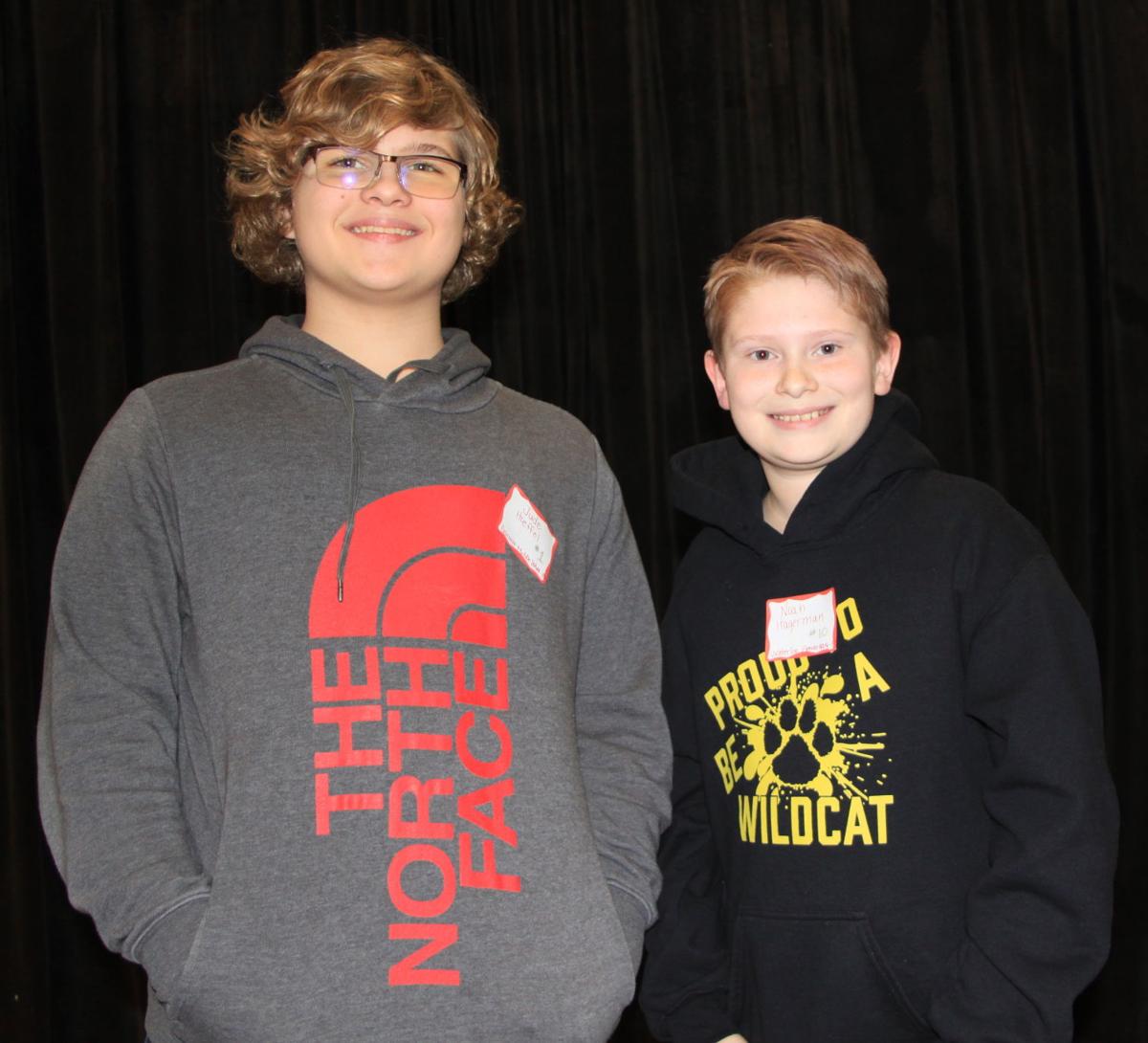 Jude Hoeffel, left, an eighth-grader at Garrett Middle School, is the DeKalb County spelling bee champion. Noah Hagerman, an fifth-grader at Waterloo Elementary School, was the runner-up in the Jan. 20 county bee. 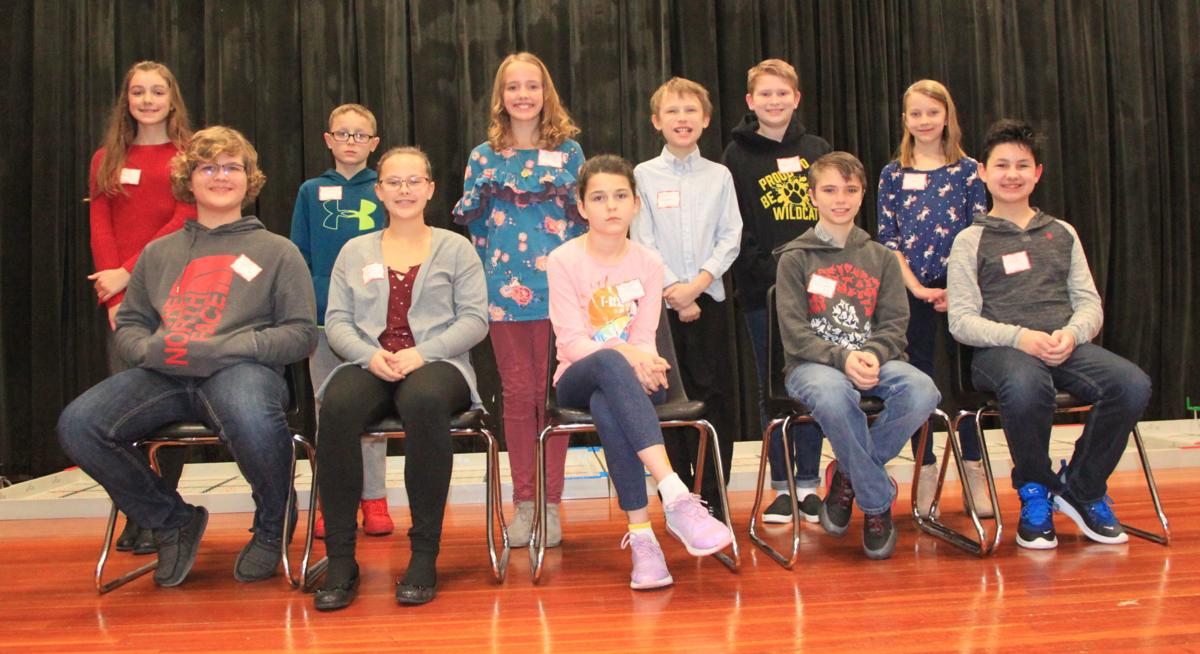 Jude Hoeffel, left, an eighth-grader at Garrett Middle School, is the DeKalb County spelling bee champion. Noah Hagerman, an fifth-grader at Waterloo Elementary School, was the runner-up in the Jan. 20 county bee.

WATERLOO — Jude Hoeffel got a second chance, and he used it to become DeKalb County’s spelling bee champion.

An eighth-grader from Garrett Middle School, Hoeffel won the county bee over 10 other competitors Monday night at Waterloo Elementary School.

With only two contestants remaining, Hoeffel misspelled “guardian” in the bee’s 10th round. Remaining entrant Noah Hagerman spelled his 10th-round word, “inclusion,” correctly. If Hagerman could spell one more word, he would be the winner.

“I was nervous, but I was, ‘Good for him if he wins,’” Hoeffel said afterward.

However, Hagerman could not spell “balderdash” in round 11 to clinch the championship.

“I was really relieved,” Hoeffel said.

With Hoeffel saved from elimination, the bee continued until Hagerman, a fifth-grader at the host Waterloo school, tripped on “conductor” in round 13.

In a competition conducted on a day honoring civil rights leader Martin Luther King Jr., “prejudice” turned out to be the winning word for Hoeffel in round 14.

Hoeffel spelled his words confidently, without hesitation, throughout the bee.

“I was just trying to stay calm and not get my hopes up, because if I won, I won, and if I lost, it’s cool, too,” Hoeffel said.

As the lone eighth-grader among contestants ranging from grades 4-8, Hoeffel, 13, had been there before — in the county bee of 2018, when he represented his school as a sixth-grader. He said he practiced for Monday’s bee by spending 20 minutes a day on the list of potential words. He is the son of Gregg and Marcia Hoeffel.

“It was fun,” Hagerman, 10, said about his near-victory in his first county bee. He is the son of Amanda Hagerman.

In addition to the top two finishers, Monday’s competition at Waterloo matched champions from their home schools:

Reagan Ioor, a sixth-grader at Riverdale Elementary; and