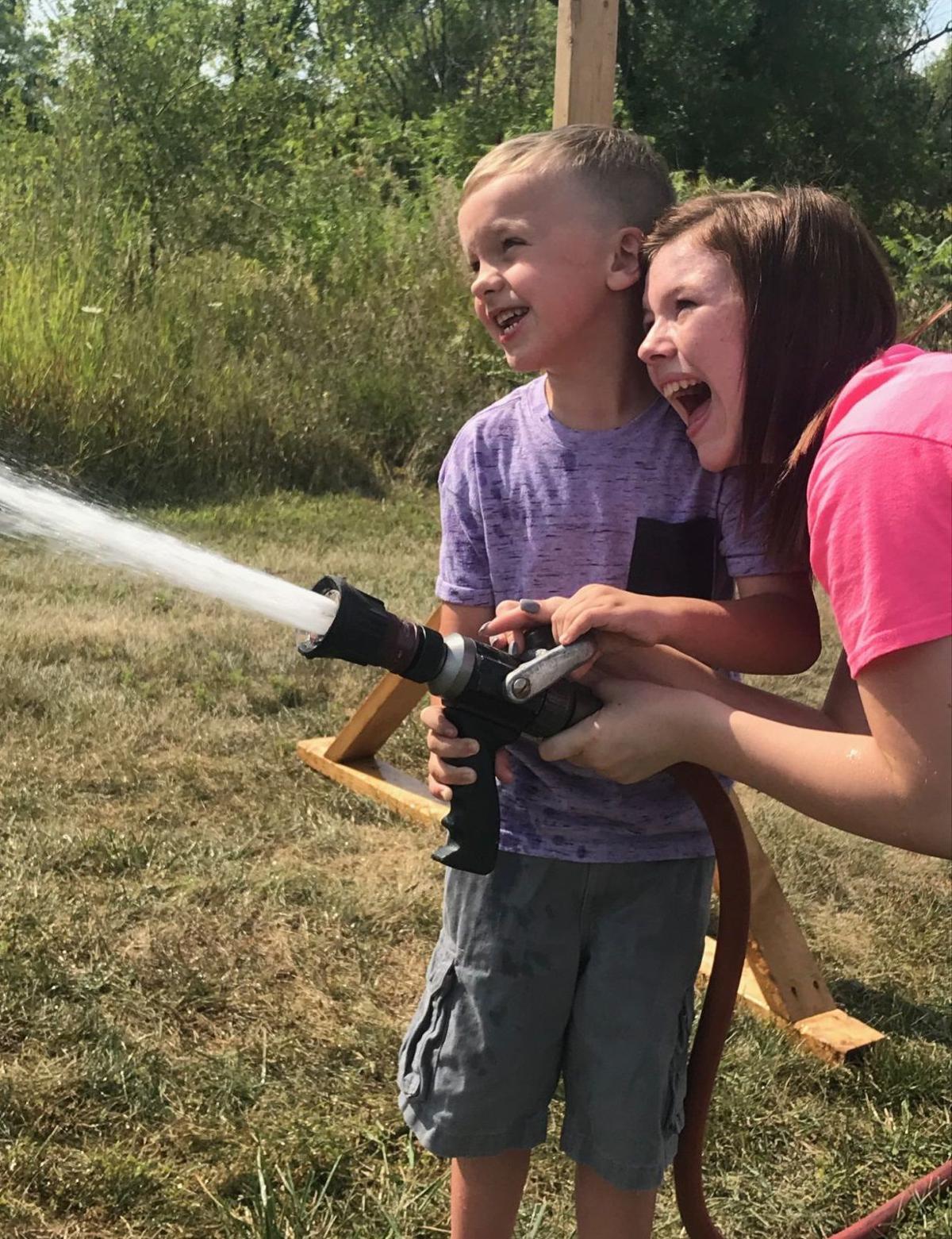 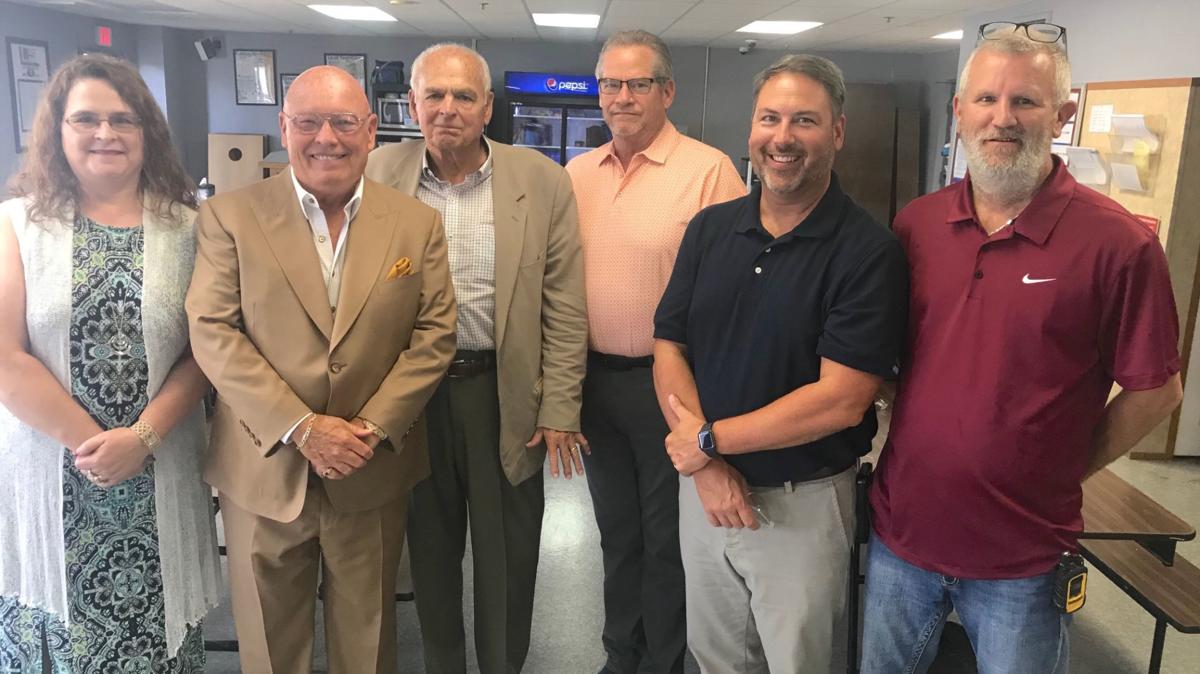 GARRETT — Another year has become part of history. It’s time to go back through the pages of the Garrett Clipper and highlight the events that made the news in 2019.

This story will focus on events in July and August.

The annual Heritage Days event featured activities for young and old, including a free concert with the Hubie Ashcraft Band in Eastside Park, parade, car show, swim meet, a 5K race and fireworks over July 3 and July 4.

Hundreds of volunteers went out in the community to work on more than 70 projects for the United Way Day of Caring. A team from Walmart Distribution Center cleared grass and improved the landscape in front of the Curiosity Shop on South Randolph Street during the event.

A ribbon-cutting ceremony and open house marked the opening of Hosler Realty’s downtown Garrett office in July. The Kendallville-based firm purchased and renovated the former Garrett Clinic building at the corner of Keyser and Randolph streets for their Hosler Commercial Inc. and Hosler Realty Inc. divisions. Longtime Garrett residents Cherie and Terry Malcolm and Jennifer Streich serve as associate brokers in the Garrett office.

Garrett alumni reunited with classmates, family and friends for the 36th annual Alumni Association Reunion in mid-July. Events included the annual golf outing at Garrett Country Club, a welcome center at the JAM Center and an open house at the Garrett Museum of Art. A planned horse-drawn wagon tour was canceled due to extreme heat and humidity Friday afternoon.

The Garrett Common Council voted down proposed rate increases for the city’s wastewater and water utility users. At the council’s April 2 meeting, city utility consultant Greg Guerrettaz of Financial Solutions Inc. told members both utilities are in good financial shape due to prudent spending. At that meeting, he suggested no rate increase was needed, even with the funding for a proposed centrifuge project.

Garrett High School teacher Chad Sutton was among 50 teachers and teacher teams from across the country named as semi-finalists for the 2019 Harbor Freight Tools for Schools Prize for Teaching Excellence. Sutton and the Garrett High School skilled trades program were in the running for a share of $1 million in total cash awards.

Garrett senior Payton Warfield won the title of Miss Garrett 2019 on Aug. 3 from a field of nine contestants at the pageant in the Performing Arts Center. 2018 Miss Garrett Libbey Detcher placed the crown on the Garrett senior’s head before Warfield took her first walk across the stage as the 58th Miss Garrett. She was also presented a sash, trophy, bouquet of flowers and gifts from many local businesses and organizations as the winner of the pageant.

More than 120 cars, trucks and motorcycles — a record number — were on display at the 9th annual Quiet Knight Car Show at Garrett American Post 178. Vehicles from the 1930s to 2018 shone under a cloudless sky at the event that raised more than $10,000 to support area veterans in the four counties of northeast Indiana, according to DeKalb County Veterans Service Officer Brian Lamm, who also serves as president of Quiet Knight, and treasurer Chris Lamm. The show was organized by the Sons of the American Legion at Post 178.

Garrett introduced new stop arm cameras on three new 78-passenger school buses. The cameras came from 247 Security Inc. and were installed on the driver’s side of each bus, according to transportation director Julie Malcolm. The new technology was implemented to slow down drivers and to catch those who ignore school bus stop arms. The three new cameras record traffic while the bus is running. If a violation occurs, drivers notify Malcolm. A recording is then downloaded for Quality Control Manager Billy Pogue to pull frame-by-frame footage, to make a CD or hard copy and then turn over to the police department for action, if applicable. The cameras are able to catch license plate numbers, regardless of speed and weather conditions.

A historical marker honoring the life and achievements of actor John Bowersox was to be placed in the 100 block of South Cowen Street in Garrett, making it the fifth Indiana historical marker in DeKalb County. DeKalb County Historian John Bry said he received word about the marker Aug. 9 from the Indiana Historical Bureau, which administers the marker program. Bry submitted the application for consideration earlier in the year, one of 38 applications received from across the state. The marker honoring Bowersox will be the third marker Bry has procured for the county in the past three years.

Ten years ago, partners Wally Comer, Jerry Henry and Walt Fuller became owners of Adventure Homes in Garrett’s industrial park on S.R. 8. The company celebrated the milestone anniversary for many employees in August. In March 2009, Fleetwood Homes filed for bankruptcy protection and began selling off parts of its giant housing and recreational vehicle empire. A bid by another group to purchase seven of the Fleetwood sites didn’t include the Garrett location. In August 2009, all 80 former Fleetwood Homes employees were rehired by Adventure Homes, the new manufactured-housing plant. At the time, Fuller said a potential loss of 80 local jobs, should the plant not re-open, was unacceptable. Since 2009, the manufactured housing company has increased its workforce to 218 employees in production, clerical and administrative positions. Of those 80 original employees, 45 are still on the job, with a few having retired or passed away through the years. They have increased the number of floors built each day from three during the first year to eight.

Garrett High School graduate Dan Miller took his show on the road back in the 1970s and brought it back home in August. Miller is the leader of an internationally-acclaimed cowboy music trio based in Cody, Wyoming. His band took the stage at the Blue Gate Theatre in Shipshewana for a one-night concert. After leaving Garrett in the early 1970s, Miller traveled around the country playing music with his Dan Miller Band, landing for a time in Los Angeles where he honed his acting skills. Work opportunities took him to Nashville, where he broke into the broadcasting scene hosting shows such as “You Can Be A Star” with Opry legend Jim Ed Brown on The Nashville Network. Miller moved his family to Park City, Utah, and then to southern Montana, ultimately settling in the tourist town of Cody, Wyoming, in 2002.