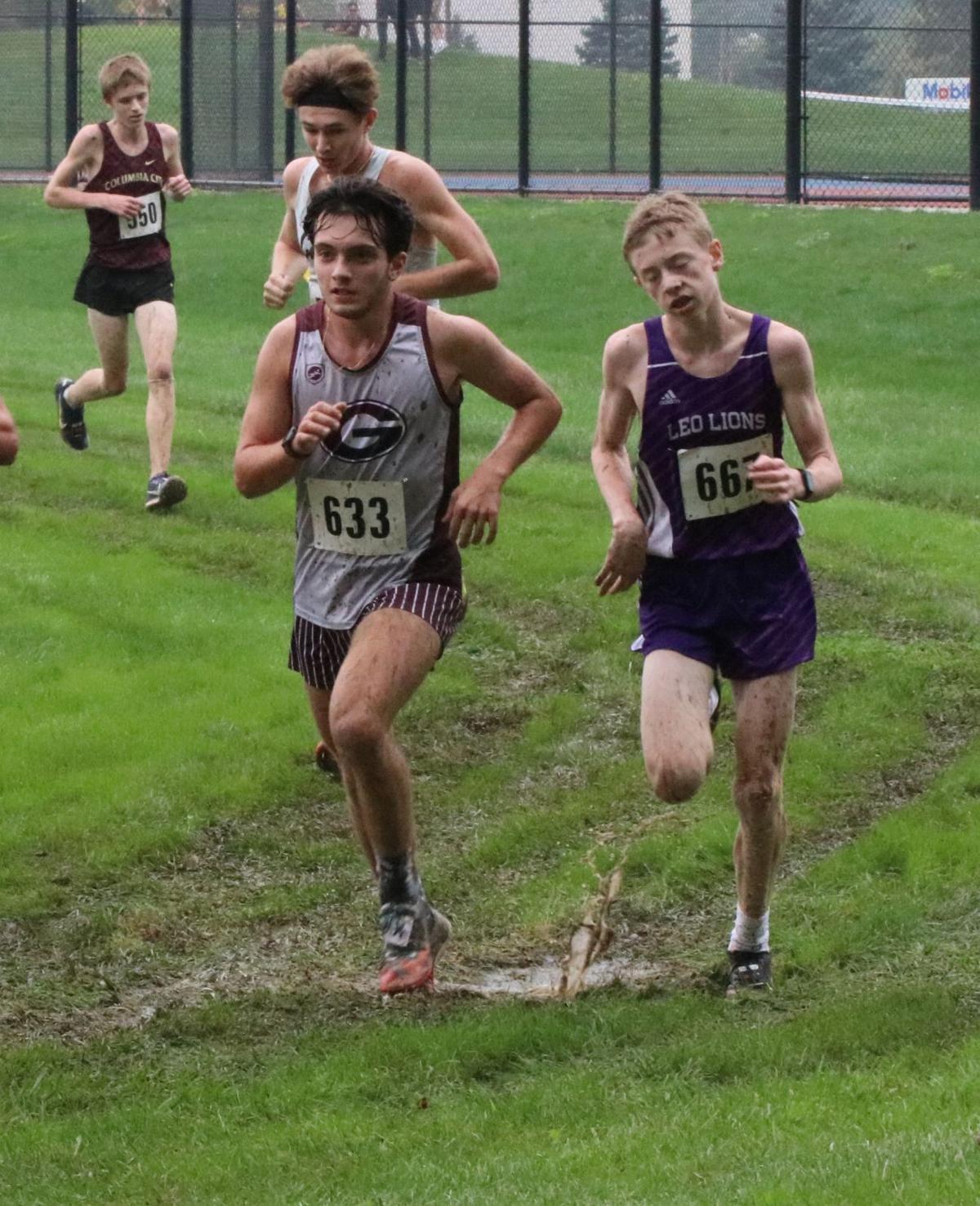 Garrett’s Tanner McMain, left, and a Leo runner slog through mud as they round a turn during Saturday’s sectional cross country race at Northrop High School. 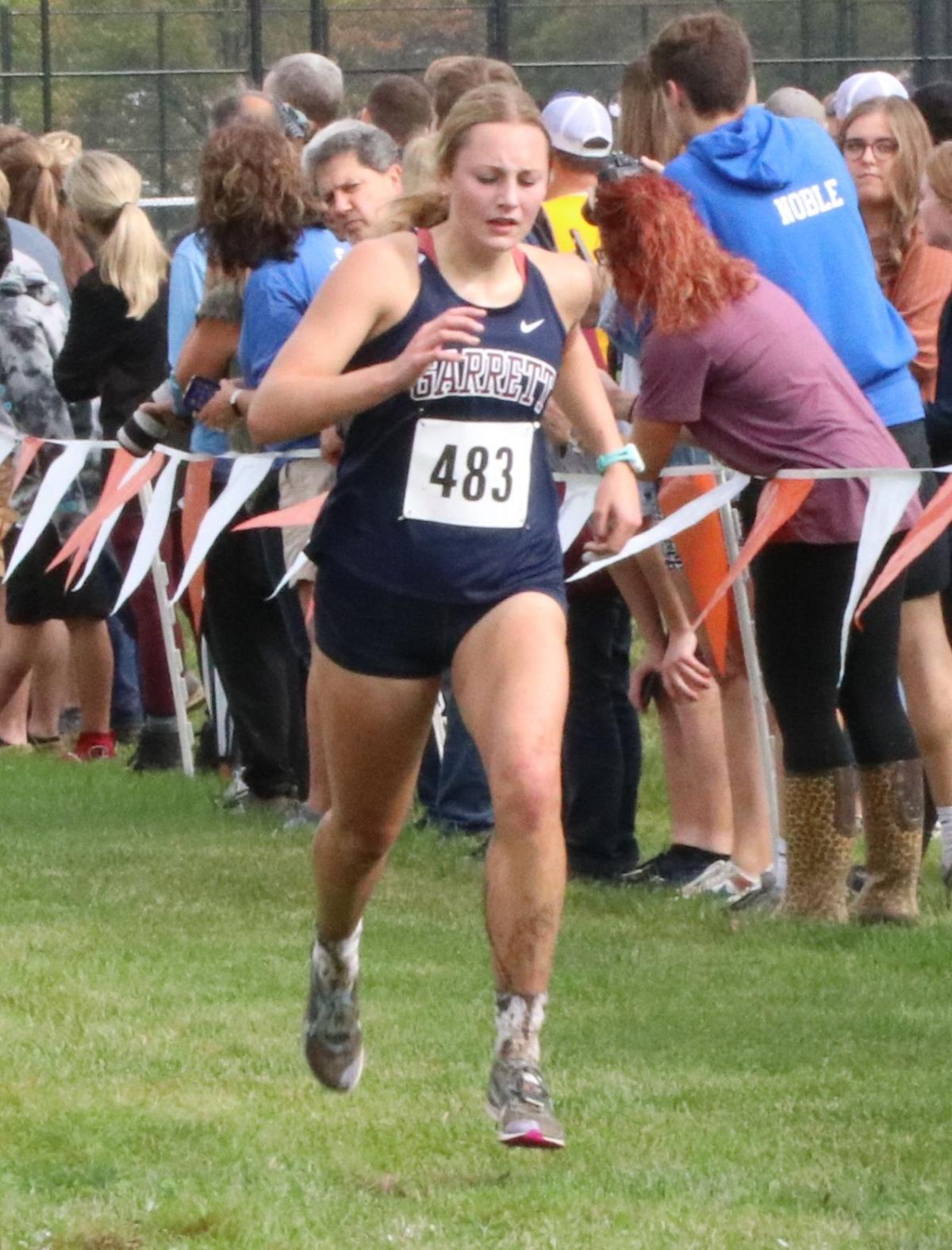 Garrett’s Tanner McMain, left, and a Leo runner slog through mud as they round a turn during Saturday’s sectional cross country race at Northrop High School.

FORT WAYNE — Six DeKalb County runners — five from Garrett and one from Lakewood Park — advanced out of a tough Northrop Sectional meet Saturday.

She’ll be joined at Saturday’s West Noble Regional by sophomore teammate McKenna Malcolm, who was 38th at 23:12.1.

On the boys’ side, Garrett will send three runners to Saturday’s regional meet.

Staying on your feet — not to mention keeping your cleats on — was a challenge on a very wet and muddy course around newly remodeled Spuller Stadium.

“I told them, ‘Times aren’t going to be great today. You just have to run for a place and run smart,” he said. “They executed and did a great job.

“To get three boys and two girls out of one of the toughest sectionals in the state, it’s an awesome feeling.”

After the races concluded but before official results were announced, Garrett coaches tried to calculate if either Weller, Malcolm or both would be able to join their teammates. Petre said they had both runners in the 10th and final individual qualifying spots, but were anxious until their names were announced.

“I kind of knew but I didn’t want to tell them because I wanted to make sure I didn’t make a mistake,” Petre said. “To see their excitement, it’s all worth it. I’m very proud of them.”

Homestead sophomore Addison Knoblauch was the class of the field in the girls’ race, leading from the start. She built a comfortable lead to finish at 19:07.9. Concordia sophomore Alexa Panning was second at 19:53.5.

In the boys’ race, Columbia City senior Austin Hall posted a winning time of 16:24.3 Carroll’s Robert Lohman was second at 16:35.8.

Concordia, with three runners in the top 10 and five in the top 20, won the team title with 58 points. Homestead was second with 74 and Carroll was third with 77.