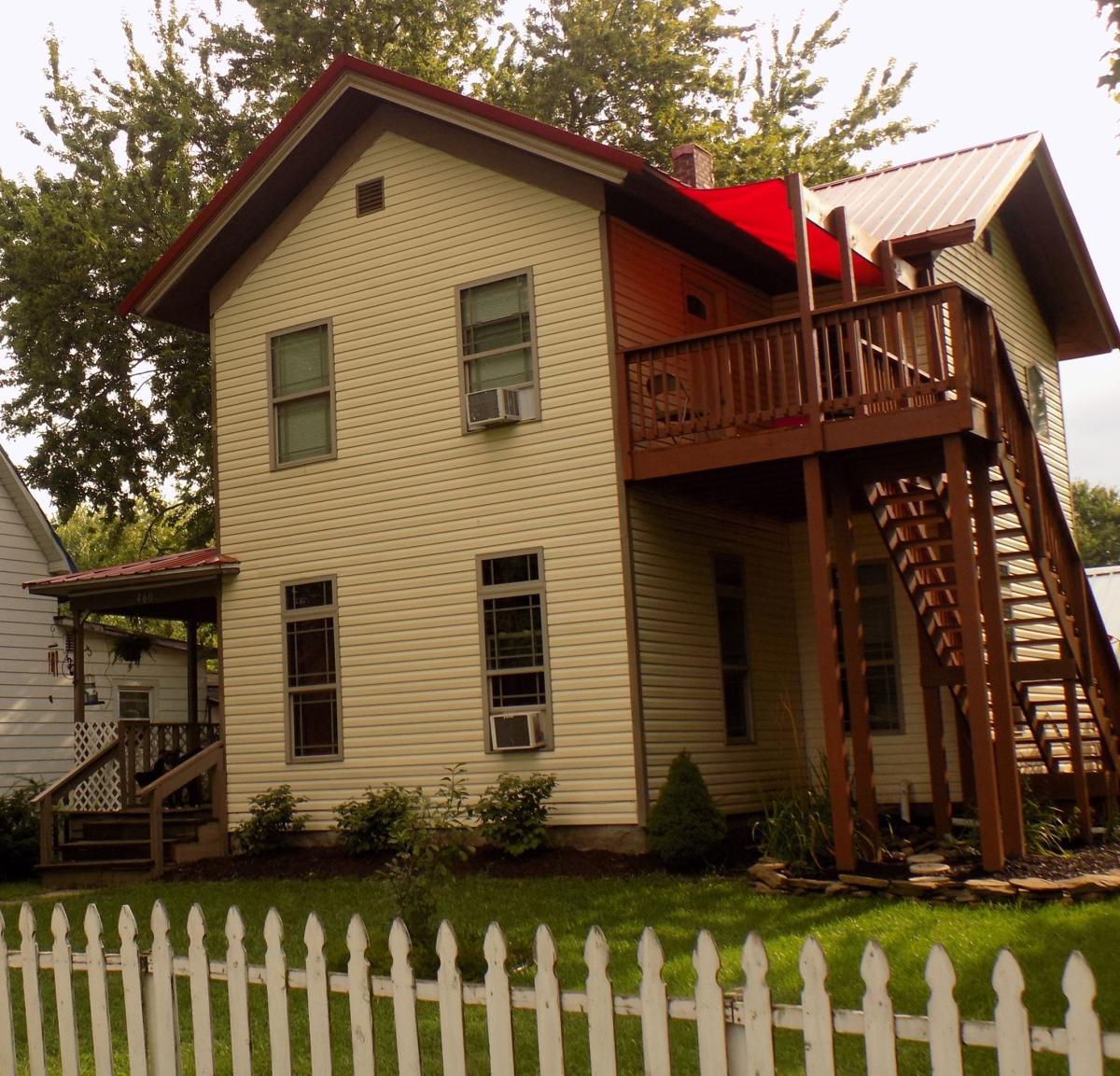 Safe Harbor 3/4 House at 460 S. Elm St., Waterloo, serves a transitional living environment for those in recovery from addictive substances. It serves as a stepping stone between a halfway house and independent living. Andrew Sigmund is the house manager of Safe Harbor 3/4 House, a transitional living environment for those in recovery from addictive substances at 460 S. Elm St., Waterloo.

Safe Harbor 3/4 House at 460 S. Elm St., Waterloo, serves a transitional living environment for those in recovery from addictive substances. It serves as a stepping stone between a halfway house and independent living.

Andrew Sigmund is the house manager of Safe Harbor 3/4 House, a transitional living environment for those in recovery from addictive substances at 460 S. Elm St., Waterloo.

WATERLOO — A Waterloo couple have opened their home as a stepping stone to individuals and their immediate families who desire to mature in recovery from addictive substances.

Julie McGinley is the director of Safe Harbor 3/4 House Inc. Her fiance, Andrew Sigmund, is the house manager. Both are in recovery themselves, and they have a passion for helping others to succeed in recovery.

A three-quarter house is a transitional living environment that serves as a stepping stone between a halfway house and independent living, Sigmund explained. It benefits those who are fine in a structured environment but once on their own, revert back to their original coping skills, he said.

McGinley and Sigmund had moved into the house at 460 S. Elm St. in May. Sigmund has experience working in a halfway house and McGinley works in mental health. Safe Harbor also is good for their recovery, McGinley added.

“We knew we wanted to do this,” she said. “The idea was always there.”

In August 2018, they were approached by people who were in need of such a facility, so they put their plan into action. Safe Harbor became a non-profit organization in October 2018 and has a four-member board of directors who also are individuals in recovery.

The couple credit Amber Prince of R & L Accounting in Kendallville for guiding them through the process to become an incorporated non-profit organization.

“She took us by the hand,” McGinley said. “They were amazing.”

The house can take up to three male residents, who live in an upstairs area of the home separate from a private section of the house occupied by McGinley and Sigmund. The residents have a shared kitchen unit and bathroom area, parking area and access to an outdoor porch. They pay a weekly fee of $100, which includes everything except food. On Sundays, they gather with McGinley and Sigmund for a shared meal prepared by one of the residents.

The Safe Harbor program takes six to eight months to complete. McGinley and Sigmund begin to talk with residents about transitioning out at around the five-month mark.

McGinley said the goal of the program is to assist residents without enabling them. Residents set their own goals and must sign and agree to abide by the house rules and regulations. These include refraining from any legal or illegal narcotics, unless prescribed by a doctor, as well as refraining from consuming any alcohol.

Residents must attend three recognized recovery meetings a week, and are subject to random drug tests. They also must attend weekly house meetings. While they do not have a specific curfew, they must sleep at Safe Harbor unless they have made prior arrangements with McGinley or Sigmund.

Residents also are responsible for completing chores around the house and work on shopping, budgeting and individualized social and living skills, McGinley said.

Residents complete a weekly check-up form on which they list the goals they have achieved and their goals for the next week.

Since the program began, two men have graduated from Safe Harbor and are succeeding in living independently, Sigmund said.

“Our emphasis is reunification and quality,” McGinley said. “Because we’re small, were able to give them attention and get involved in their lives and celebrate their victories with them.”

“We know we want to move in that direction,” McGinley said.