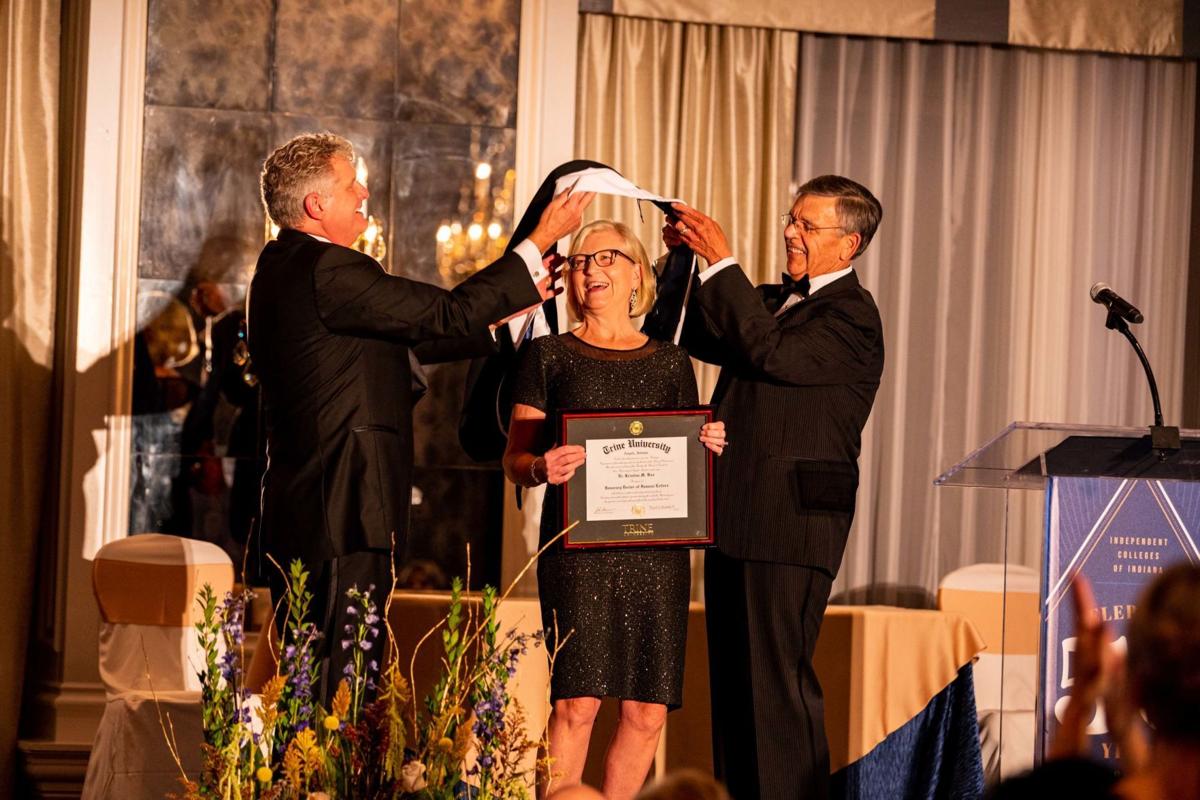 David W. Wantz, president and CEO of Independent Colleges of Indiana, left, and Trine University President Earl D. Brooks II, place a doctoral hood over Dr. Kristina Box, Indiana State Health Commissioner, during the presentation of an honorary Doctor of Humane Letters degree from Trine University. The university recognized Box with the honor during the 50th anniversary celebration gala for the Indiana Academy on Oct. 18. 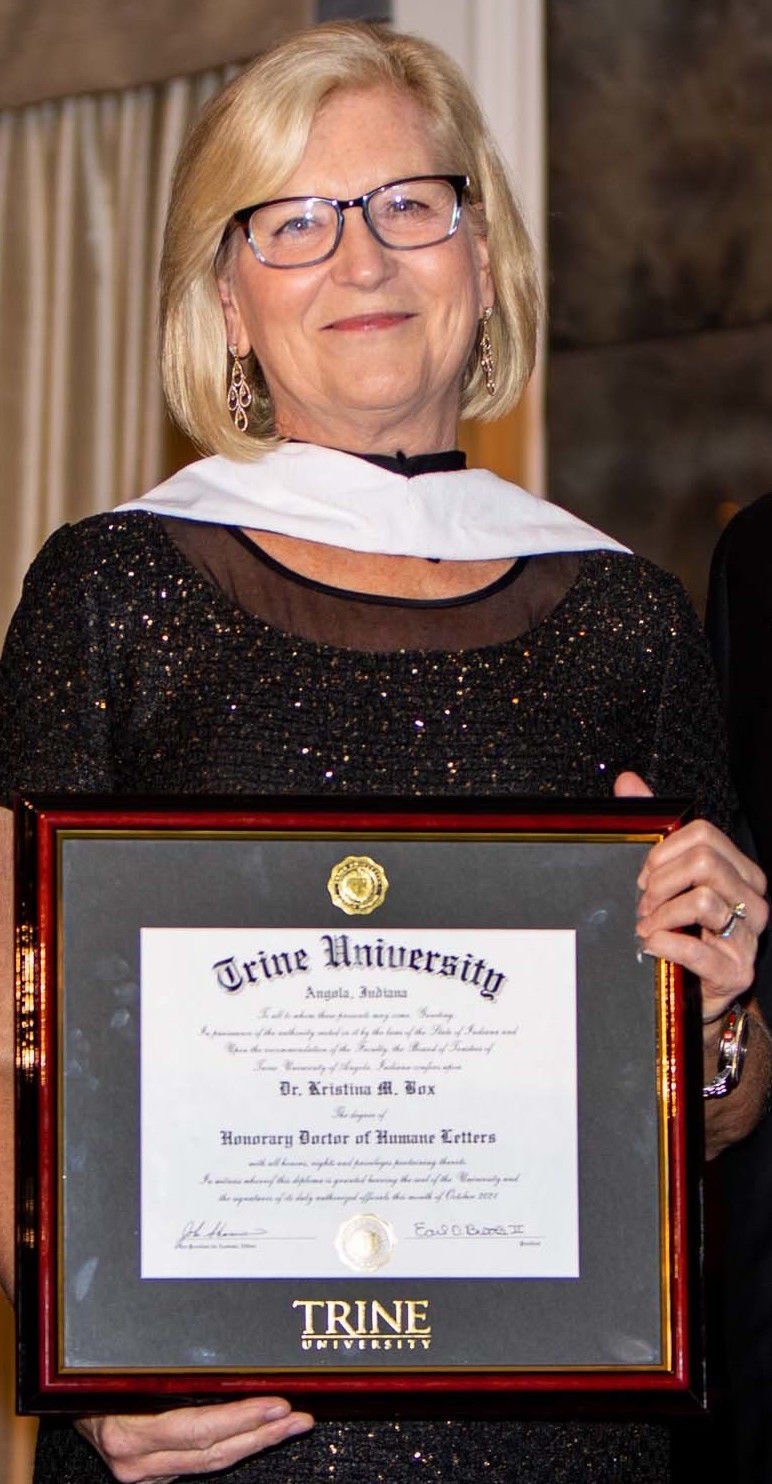 David W. Wantz, president and CEO of Independent Colleges of Indiana, left, and Trine University President Earl D. Brooks II, place a doctoral hood over Dr. Kristina Box, Indiana State Health Commissioner, during the presentation of an honorary Doctor of Humane Letters degree from Trine University. The university recognized Box with the honor during the 50th anniversary celebration gala for the Indiana Academy on Oct. 18.

"It is not an overstatement to say that Dr. Box's leadership saved lives on our campuses and in our communities," said Earl D. Brooks II, president of Trine University, said in presenting the degree. "For that, we owe her a debt of gratitude that we can never repay. But we can bestow upon her the highest honor that a university has at its disposal, our honorary doctorate."

Box has been Indiana State Health Commissioner since 2017, when she was appointed to the post by Gov. Eric Holcomb. Born in Canada, where her father was a dentist on a U.S. Air Force base, she earned her bachelor's degree in biology from Indiana University and her medical degree from the IU School of Medicine.

She has been a practicing obstetrician and gynecologist in Indianapolis for 30 years, starting her career at Community Hospitals of Indianapolis in 1987 as a private practitioner with Clearvista Women's Care.

Since 2015, she has served as the physician lead for Community Health Network's Women's Service Line. In this role, she built the first multi-disciplinary women's center in the Community Health Network, developed critical partnerships with area children's hospitals to improve care and decrease health care costs, and led efforts to ensure low-income women receive the important free health screenings they need. She also became part of a team dedicated to the treatment of substance-use disorder in pregnancy at Community Hospital East.

Box has served on the Indiana Perinatal Quality Improvement Collaborative, an advisory council to the Indiana State Department of Health working to reduce infant mortality. Her work with the collaborative includes serving on a state task force that developed a hospital study to determine the prevalence of drug-exposed newborns.

She also has been involved in ongoing surgical medical missions to Haiti and Bolivia for more than a decade. Even with her current role, she still puts in 24-hour shifts in the labor and delivery unit at Community Hospital North.

More recently, Box has been instrumental in the state's response to the coronavirus pandemic. Her efforts have benefited all higher education institutions in Indiana in guiding and assisting the preventive and protective measures taken toward COVID-19. She allocated COVID-19 tests to institutions throughout the state, including 10,000 that have helped Trine University keep its campus safe and healthy.

Modeled after the French Academy, the Indiana Academy was established in 1970 by the Independent Colleges of Indiana to recognize individual leadership, achievement and philanthropy designed to promote the advancement of the state, as well as its independent sector of higher education. The 50th annual gala, held at the Columbia Club, included the induction of eight new members into the Academy.