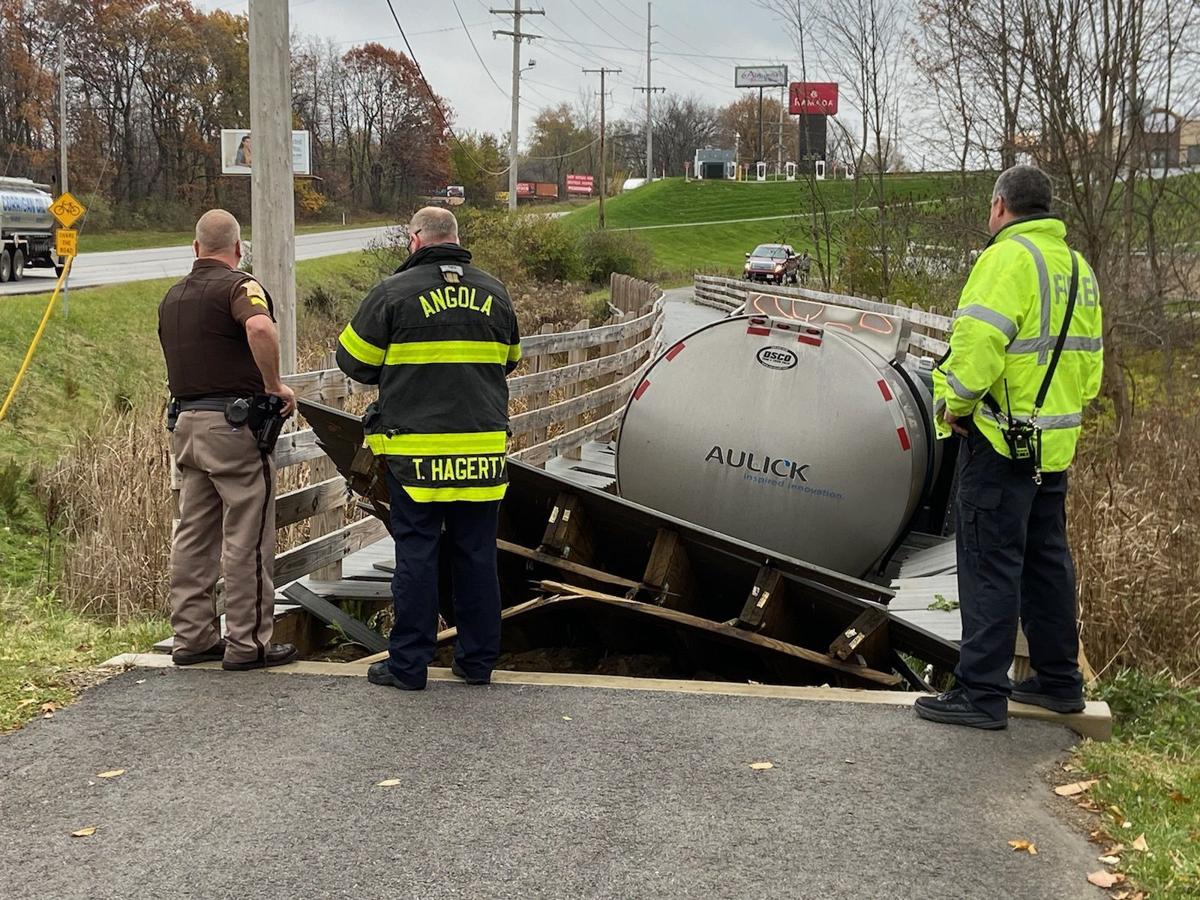 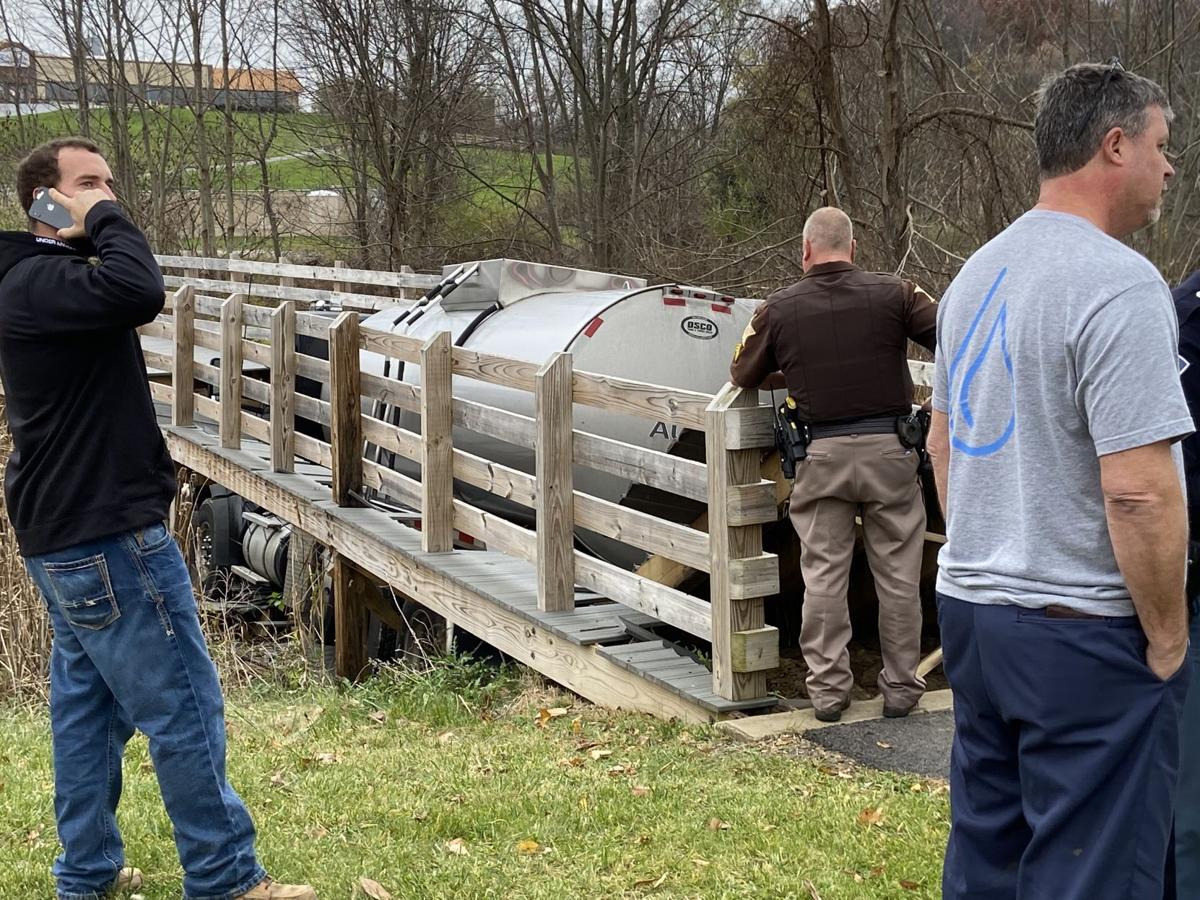 Steuben County Sheriff’s Office Sgt. Jeff Vanette, in brown, inspects the wreckage of a tanker that tried to drive over the pedestrian bridge that’s part of the Steuben County Multipurpose Trail in order to get to a lift station where he was to deliver a chemical product Wednesday morning. The driver’s GPS reportedly led him to the bridge.

Steuben County Sheriff’s Office Sgt. Jeff Vanette, in brown, inspects the wreckage of a tanker that tried to drive over the pedestrian bridge that’s part of the Steuben County Multipurpose Trail in order to get to a lift station where he was to deliver a chemical product Wednesday morning. The driver’s GPS reportedly led him to the bridge.

A truck driver found that out on Wednesday morning, following some erroneous directions that caused him to leave S.R. 127 and drive onto a pedestrian bridge that’s part of the Steuben County Multipurpose Trail.

The tanker truck owned by Aulick Chemical Solutions, Nicholasville, Kentucky, ended up crushing the bridge and falling through to a wetland area underneath at 9:33 a.m. Wednesday.

“He was following his GPS and that’s the way it took him,” Sheriff R.J. Robinson said.

Robert Birt, 56, also of Nicholasville, Kentucky, was heading south on S.R. 127 when he was approaching the Steuben Lakes Regional Waste District lift station near the Ramada Inn.

His GPS directions that said his destination was on the right. He called another driver from Aulick, who said that was the way to proceed. It didn’t work.

The pedestrian bridge for the Steuben County Multipurpose Trail is just yards away from the drive to the sewer station, and you have to cross the trail to get to it. Both of which are on the right for those traveling south, but the bridge can only be accessed from the south by driving through a private parking lot in addition to the trail.

“I can’t even begin to tell you what that guy was thinking of,” said Bryan Klein, superintendent with the waste district.

Jen Sharkey, the former Steuben County Highway engineer who oversaw construction of the Multipurpose Trail, said it’s possible that something needs to be done to prevent vehicles from attempting to cross the bridge in the future.

“We’ll need to look at delineators or bollards to make it abundantly clear that vehicular traffic cannot go down that bridge,” said Sharkey, who continues to advance trail development in Steuben County with the nonprofit Steuben County Trails.

In the past, there have been problems with snowmobiles using the bridge, but that’s been the extent of it until Wednesday.

The bridge was fairly new; Phase II of Steuben County’s trail was dedicated on Oct. 21, 2019.

“It’s almost what I would consider brand new,” Klein said.

Throughout Wednesday crews from the Steuben County Highway Department and Angola Fire Department worked to clear the site.

Angola firefighters were working well into the late afternoon, using chainsaws to cut up the bridge so the truck could eventually be freed and removed, but not before its contents were removed, Robinson said.

No product had been spilled from the truck to the wetland below.

“They’re cutting away the bridge from the area then they’re going to offload the material then the truck,” Robinson said.

After the work was done, two wreckers from First Call Towing were going to remove the tanker, one to keep the truck stabilized and the other to do the towing.

It was expected that the wreckage would be cleared by 8 p.m.

No charges were filed. A damage estimate was not available.