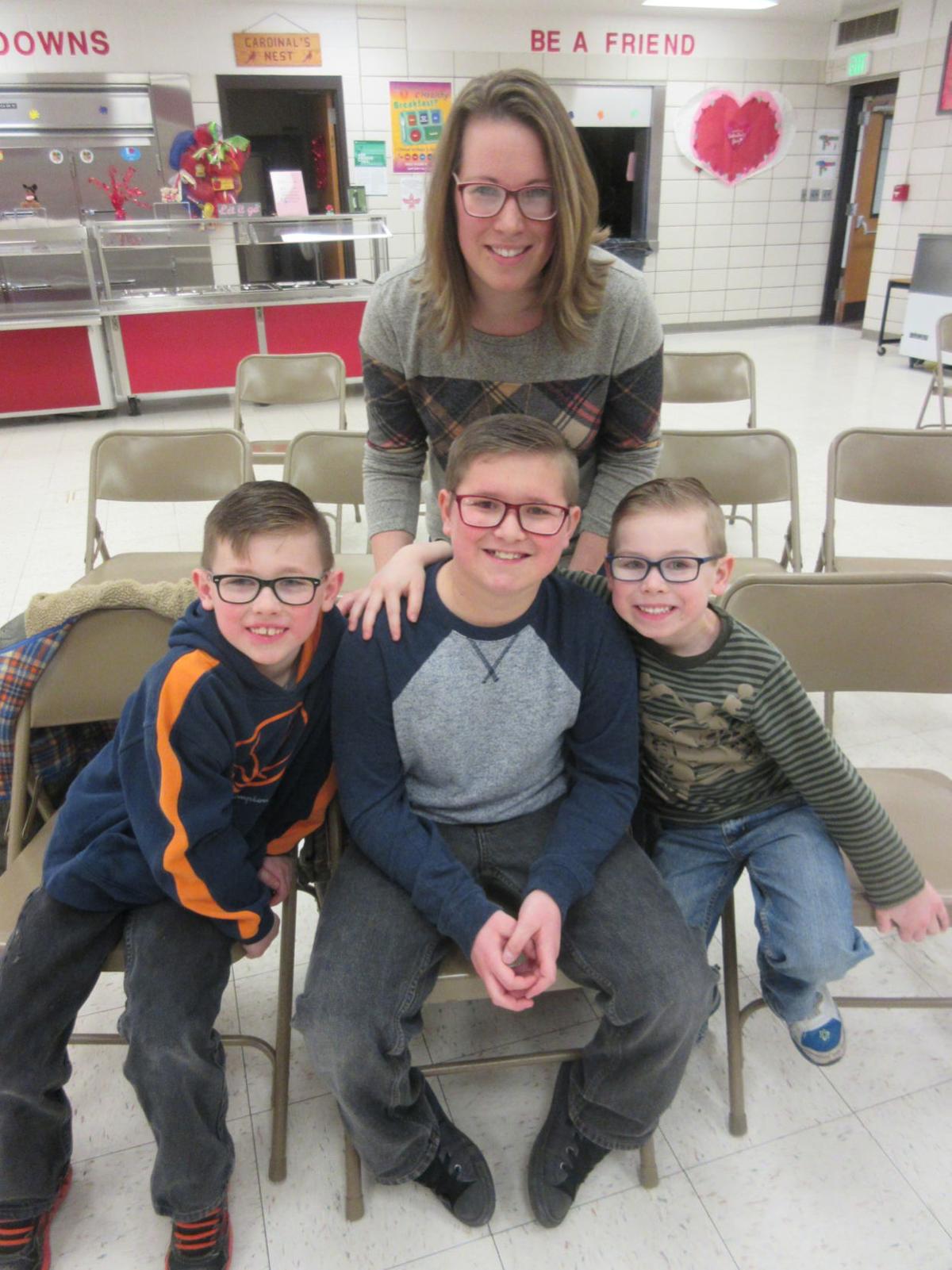 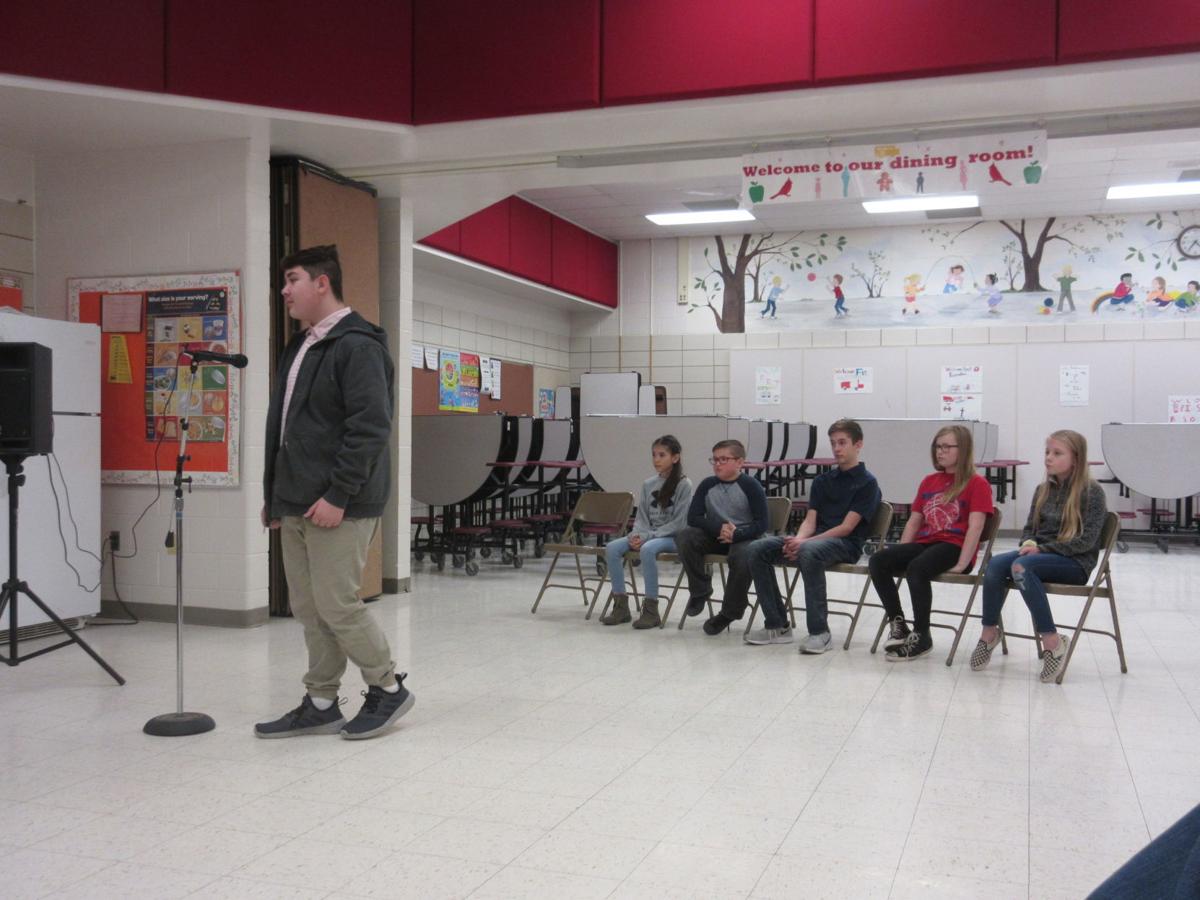 Victor Rodriguez approaches the microphone to spell a word during an early round of the Steuben County Spelling Bee Friday at Carlin Park Elementary School. The other spellers were winner Bryant Gowen, Brody Foulk, Piper Hassman, Camila Urbana and Rose Drown.

Victor Rodriguez approaches the microphone to spell a word during an early round of the Steuben County Spelling Bee Friday at Carlin Park Elementary School. The other spellers were winner Bryant Gowen, Brody Foulk, Piper Hassman, Camila Urbana and Rose Drown.

Gowen took first place in the fifth round, when two other spellers bowed out — Brody Foulk on “jubilant” and Piper Hassman on “gelato.”

With two students exiting in the winning round, Gowen was given a proving word, “balderdash,” which proved him Steuben County’s winner.

The other spellers competing Friday were Camila Urbana, Victor Rodriguez and Rose Drown.

The bee was held Friday afternoon at Carlin Park after having been postponed twice. It was originally scheduled for Thursday, Feb. 13, which ended up being an e-learning day for students due to winter weather. It was rescheduled to this Thursday, which again was a snow day.

“Mother Nature has not cooperated the last two weeks,” said Carlin Park Principal John Curtis. He breathed a sigh of relief that Friday’s bee could occur because Monday is the deadline for inclusion in the regional spelling bee.

If it hadn’t have been for the delays, Bryant’s father, Derek, would have been at the bee, but he had to attend a conference for his work as a youth pastor for the Angola Assembly of God. Bryant had plenty of family cheering him on, including his mother Beth and brothers Mason and Connor.

Bryant will compete against winners from 14 other counties on March 7 at the Rhinehart Music Center at Purdue Fort Wayne. That winner will go on to the Scripps National Spelling Bee near Washington, D.C., in May.

Bryant has been practicing regularly.

“I went through the paper and if I knew the word and how to spell it, I highlighted it,” he said. That gave him and his mother a smaller list of words to concentrate on.

“We got ‘em,” Bryant said with confidence.

While he knew most of the words in the sanctioned spelling list, he said in his studies he learned that “disproportionate” was a word. And, he said, he now knows how to spell it.

In their drills, Bryant and Beth got through about half the practice book. They will be moving on to more and more difficult words prior to the regional bee, said Beth.

Along with making academics a focus, Bryant enjoys playing games and zipping around on a hoverboard.

“In the winter, I like to play outside sometimes,” he said, adding that he likes caring for the family’s chickens with his father.