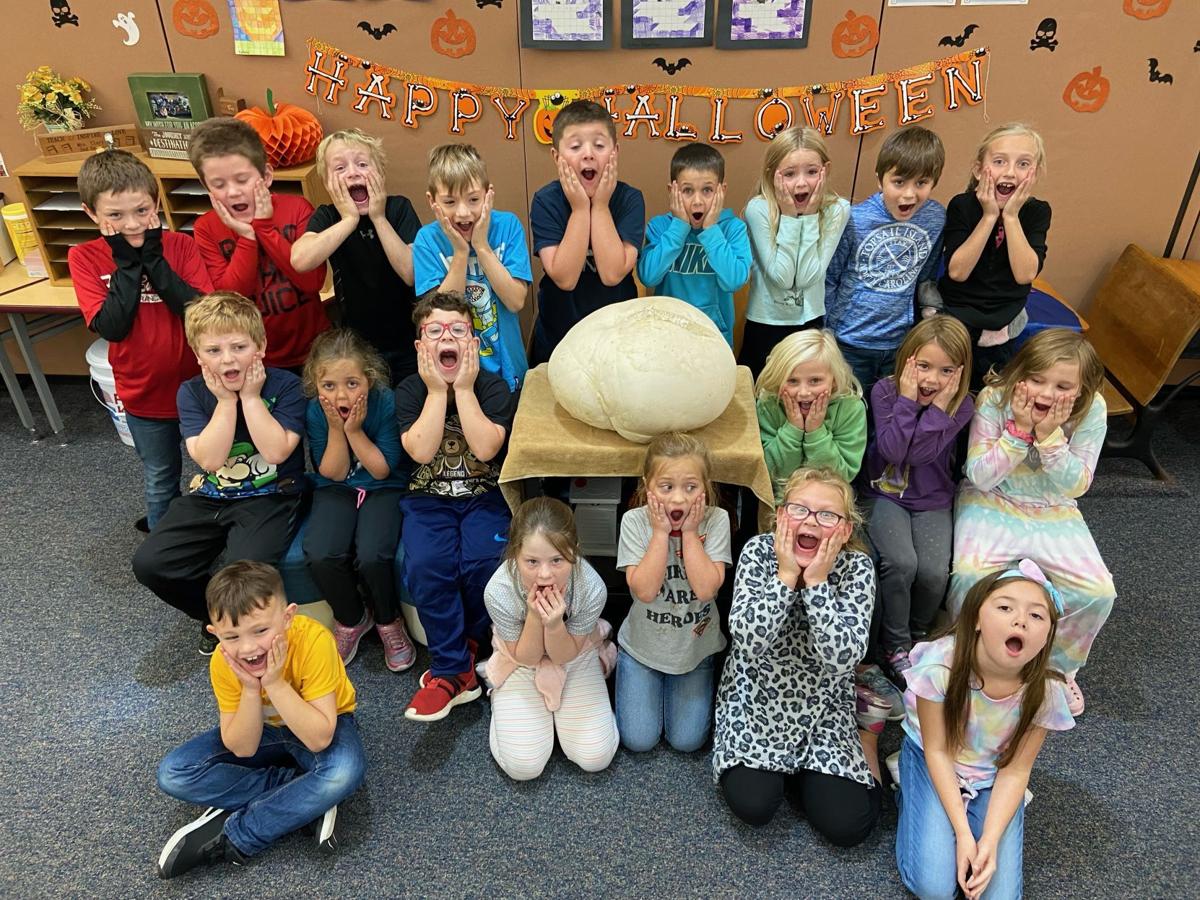 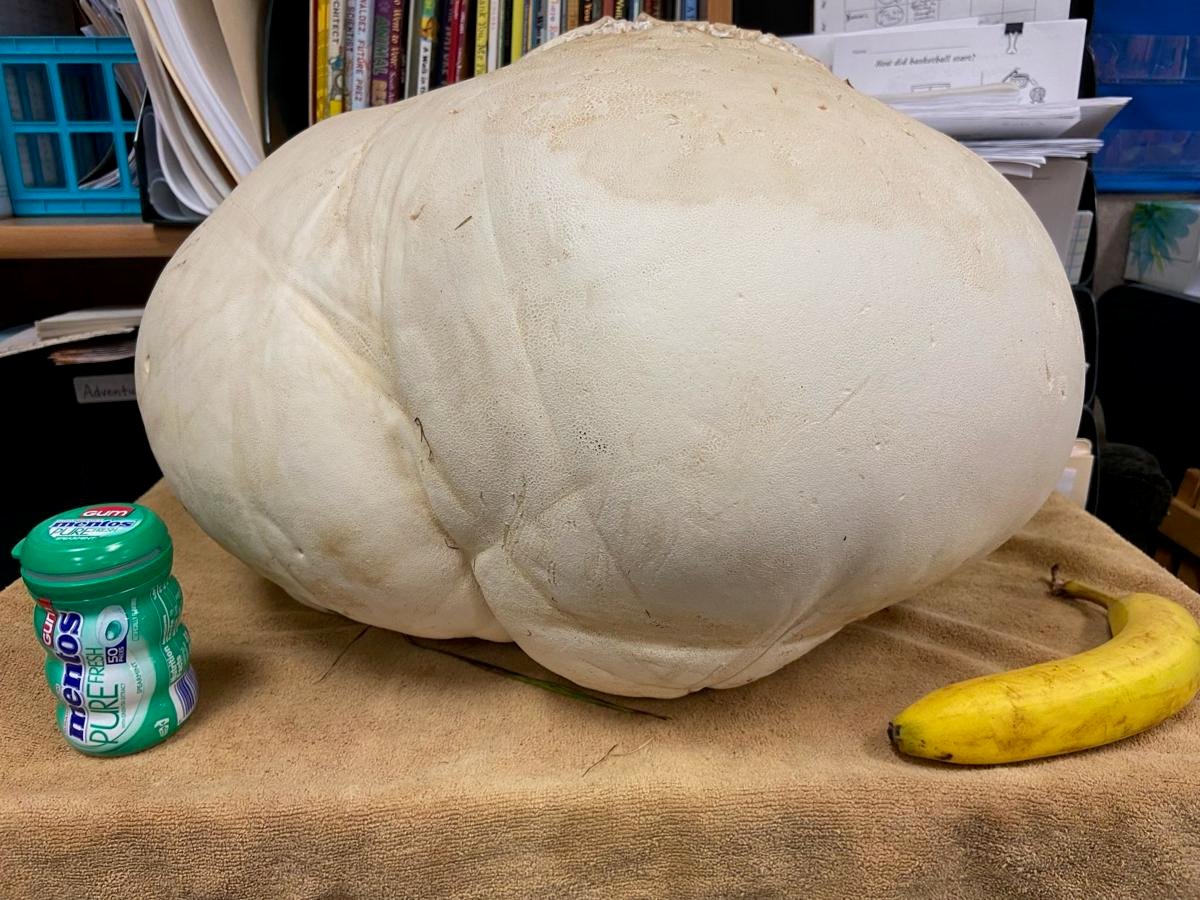 This is the giant puffball found near one of the trails at Ryan Park Elementary School by Julie Clary’s second grade class. It was 18-by-20-inches and weighed 22 pounds.

This is the giant puffball found near one of the trails at Ryan Park Elementary School by Julie Clary’s second grade class. It was 18-by-20-inches and weighed 22 pounds.

It’s been a part of her classes for years, introducing students to nature and all it has to teach, all the while folding in lessons from the classroom.

A few weeks back, the students found one of nature’s unique fungal gifts, a puffball.

It wasn’t any old puffball, it was a monster puffball, weighing 22 pounds.

“My class found a 22 pound puffball while hiking on the Ryan Park nature trail,” Clary said. “We were so excited!”

Giant puffballs, which are edible, can grow up to about 20 inches. The Ryan Park puffball was a whopping 18-by-20-inches.

In some places, where they are prized for eating, puffballs can fetch between $10 and $20 a pound, making the Ryan Park puffball quite the commodity. Do the math (OK, the $220-$440 range.)

Clary didn’t go out and try to sell the puffball on the open market or eBay or something. (OK, you might not be able to find actual puffballs on eBay, but you can find spore kits for growing your own at home.)

The puffball became an educational tool in Clary’s classroom.

“We plan to continue to weigh it as it dries out,” Clary said.

The Ryan Park hikes this fall have yielded many finds, and the damp weather, prior to the current cold snap, has produced many mushroom sightings.

“There have been a lot of different mushrooms and fungi this year, more than usual,” Clary said.

There’s nothing like coming across a giant puffball, though.

“Puffballs are really amazing,” Clary said. “They can produce up to 7 trillion spores.”

Who knows how many spores the Ryan Park puffball will produce, but one thing can’t be denied.

“This is a BIG puffball,” Clary said.