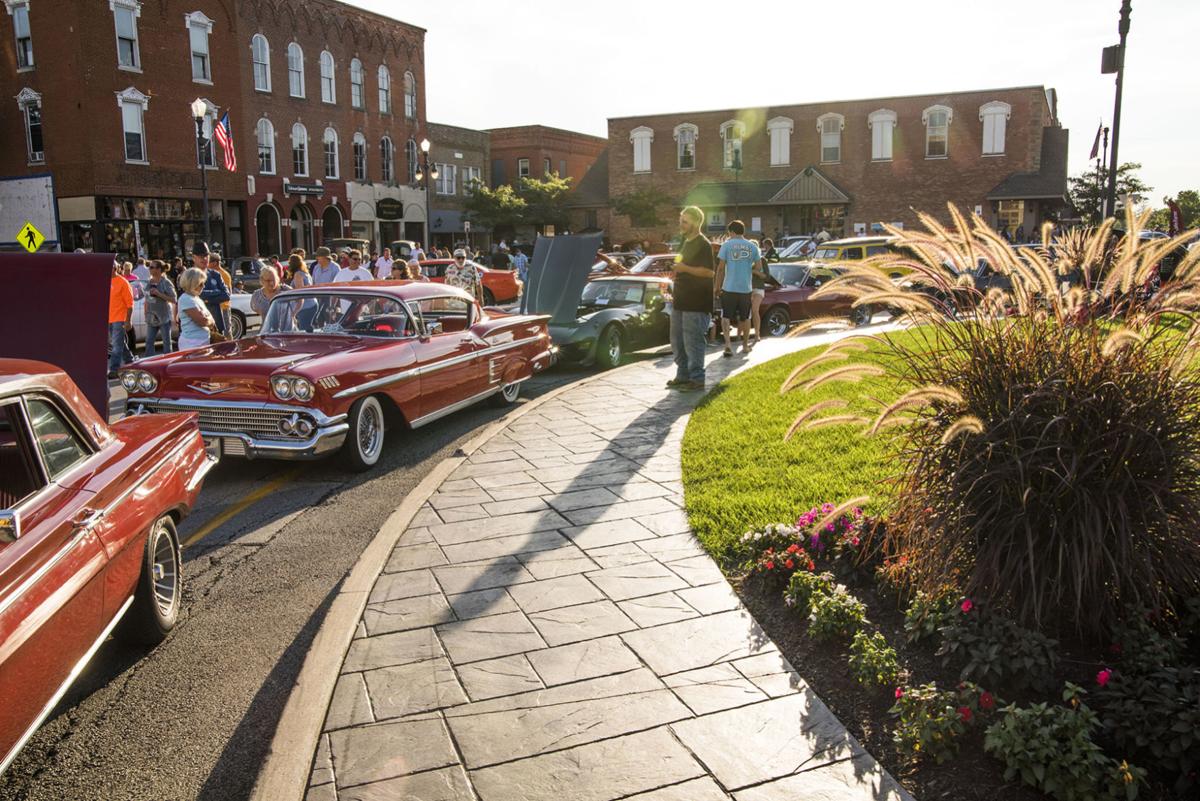 The annual Cruise to the Monument, photographed in its Sept. 18 run this year, is the type of activity envisioned when planners set out to revitalize the downtown following Angola’s Downtown 20/20 Plan. Work on the city’s new streetscape started in 2010 and continues today. 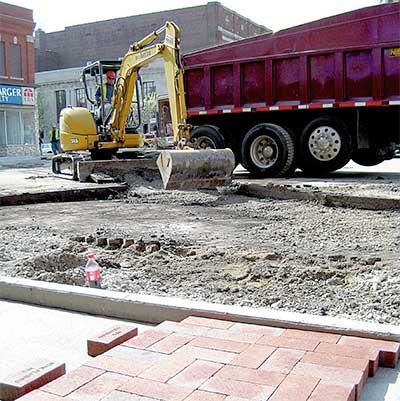 In this April 2010 file photo, work is underway on the new Angola streetscape project that brought brick sidewalks, redesigned parking and a more pedestrian and user-friendly design. 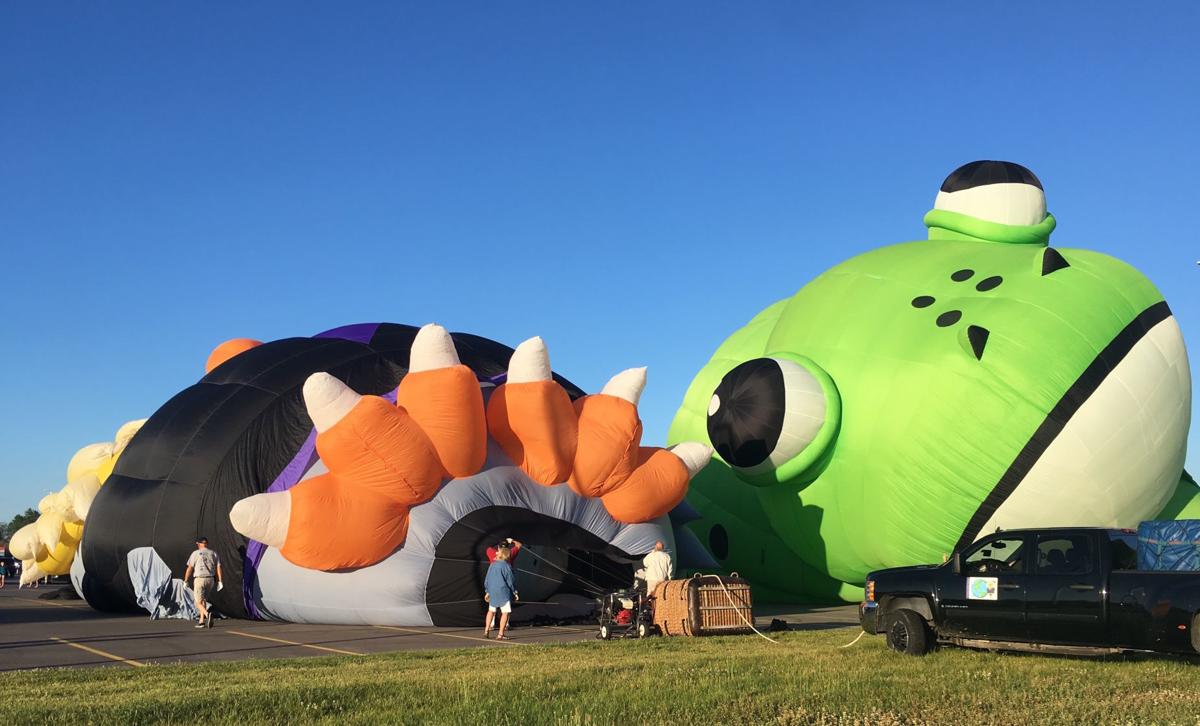 Owlbert Einstein and Kermie the Frog are being inflated for the Angola Balloons Aloft media flight in this July 12 file photo. It was beautiful weather for flying this past year following a couple of years that were difficult for balloon activity.

These four Angola High School classmates lost their lives in a tragic spring break wreck on their way home to Angola in 2011. They were, from left, Riley Zimmer, Evan Weaver, Alexx Bauer and Matthew Roe. 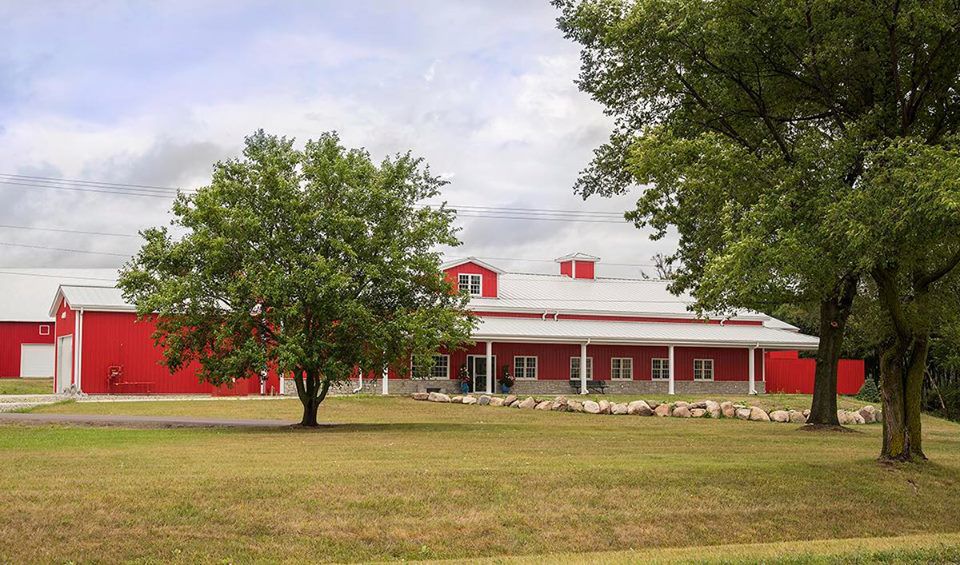 Pictured is the Community Humane Shelter of Steuben County, which opened in September 2017.

The annual Cruise to the Monument, photographed in its Sept. 18 run this year, is the type of activity envisioned when planners set out to revitalize the downtown following Angola’s Downtown 20/20 Plan. Work on the city’s new streetscape started in 2010 and continues today.

In this April 2010 file photo, work is underway on the new Angola streetscape project that brought brick sidewalks, redesigned parking and a more pedestrian and user-friendly design.

Owlbert Einstein and Kermie the Frog are being inflated for the Angola Balloons Aloft media flight in this July 12 file photo. It was beautiful weather for flying this past year following a couple of years that were difficult for balloon activity.

These four Angola High School classmates lost their lives in a tragic spring break wreck on their way home to Angola in 2011. They were, from left, Riley Zimmer, Evan Weaver, Alexx Bauer and Matthew Roe.

Pictured is the Community Humane Shelter of Steuben County, which opened in September 2017.

Following are some of the top stories of the past decade in Steuben County as compiled by The Herald Republican staff.

Angola kicked off the decade with a multi-million dollar downtown streetscape project that was the culmination of a couple years of planning spurred on by two separate studies, most notably the Downtown 20/20 Plan.

While the Angola project relied on much public input, there were many complaints about the project being done — albeit predominantly with grant money — during the height of the Great Recession. There were also complaints — and some remain — about the planter islands in the roads, which were intended as a safety feature to slow truck traffic.

The goal of the Angola project was enhanced safety, an improved pedestrian experience and economic development, which has been seen in the Public Square and the surrounding downtown area.

At the same time Angola was improving its downtown, similar projects were underway in Fremont, Hamilton and Orland.

Angola’s project continues, though a plan for improvements heading north on Wayne Street hit a snag this fall when bids came in significantly higher that projected and therefore were not approved.

Initially started as an awareness event at Tri-State Steuben County Municipal Airport, Angola Balloons Aloft launched in 2010 and celebrated its 10th anniversary this past year.

The event has grown from about 20 balloons to one that attracts top pilots from the United States and has grown to about 36 balloons annually. The event, the brainchild of residents Walt and Marsha Drewes, includes two days of family fun. It is now staged from Angola High School and literally attracts thousands of visitors from across the Midwest.

One of the biggest tragedies to hit the community came on spring break 2011 when four Angola High School buddies lost their lives in a collision on their way home from Florida.

The four friends died in a head-on collision in Chilton County, Alabama, on March 26, 2011, on their way home from spring break in Florida. A van driven by Niall McNellis, 21, of Troy, Alabama, crossed the median on Interstate 65 and struck their vehicle. McNellis also died, and people in a third vehicle were injured as well.

The heartbreak in Angola hometown has been palpable, and it continues to resonate. The families of the four boys have experienced the loss and paid tribute to them in their own ways. There are still tributes to the boys continuing to this day, with scholarships, rubber wristbands, memorials and even a store that includes the Fourever name.

ANGOLA — A four-year, high-profile federal lawsuit between Showgirl strip club founders owners and Angola ended in 2016 after a battle that started in 2012.

Showgirl owners Alva and Sandra Butler and their corporate entity, BBL Inc., Fort Wayne, dismissed its federal lawsuit against Angola that had been waged in federal courts, alleging the city denied the company’s First and 14th Amendment rights. The motion was made with prejudice, meaning the case cannot be brought back before court.

Angola Mayor Dick Hickman announced the lawsuit had been withdrawn during an Angola Common Council meeting.

“The court case of four years has been dismissed. We are glad it’s over with. It was a long and difficult time,” Angola Mayor Dick Hickman said at the time.

One of the attorneys for the Butlers, Matthew Hoffer of Shafer & Associates, Lansing, Michigan, said declining health guided the decision to end the battle, which had its origin in August 2012 following Butler’s purchase of the former Slider’s Bar and Grill at 310 W. Wendell Jacob Ave.

In 2018 what was started as the 101 Lounge was purchased and has been turned into an entertainment venue known as The Eclectic Room, which brings in national and regional music acts and just this year has been used for local fundraising events. Owners are Bill Burke of Sturgis, Michigan, and Mike Ross of Fremont.

After a massive overhaul of the former Oak Hill Conference and Retreat Center, Trine State Recreation Area opened in May 2014 with Gov. Mike Pence on hand.

It was a long process for the sister property to Pokagon State Park, which was also initiated by the citizens of Steuben County early in the last century. (The park turns 95 this year.)

In 2006 a group of citizens and groups formed a committee to discuss the purchase of the 200-acre Oak Hill Center, which was to be auctioned at a sheriff’s sale. The group believed that conserving the site was critical to protection of the Seven Sisters chain of lakes and watershed.

The group, led by the 101 Lakes Land Trust, approached Ralph and Sheri Trine, local business leaders and philanthropists, about assisting with the purchase. The Trines bought the property in 2006, paying $2.8 million.

Work continues to this day to improve and preserve the facility and its land.

Marion’s Woods a legacy in the city

The property is 20 acres of woods surrounded by growth in the Angola community.

Marion’s Woods is named for Marion Eberhardt. Marion’s husband, Art Eberhardt, made the preservation of an old-growth Angola forest possible.

It was Marion who sparked Art’s love of nature, he says. She passed away Sept. 7, 2010, at the age of 85, but her spirit lives on in this lasting tribute.

The 20-acre block became the last untouched stand of timber in an area surrounded by homes. It had been purchased for development, but A&D Specs of Angola worked with the Angola Tree Board, and ultimately ACRES, to make the purchase of the property possible.

After a few years of fundraising, the new Community Humane Shelter of Steuben County opened officially in September 2017.

The shelter’s new home is located at 780 Shelter Lane, a private drive off of West Wendell Jacob Avenue.

During a ribbon cutting ceremony, Shelter board President Lisa Caudill said the process to construct the new building was quite a journey over the last few of years.

The board partnered with Shelter Planners of America, Arlington, Texas. “They made us think of things we’d never really thought about,” Caudill said.

The facility is a state-of-the-art shelter that has drawn visitors from across the country, particularly other shelter operators wanting to view the latest in the mass care of domestic animals.

The end of 2017 and beginning of 2018 saw the opening of two new athletic facilities on campus at Trine University as the local campus continues its unprecedented growth.

In the fall of 2017, Trine’s 46,200-square-foot, 700-seat Thunder Ice Arena opened in the 600 block of West Maumee Street. The arena includes an NCAA-compliant ice rink; men’s and women’s varsity, club and visitor’s lockers; weight and training rooms; concessions; a pro shop with wearables, sticks and skates for sale; a VIP lounge and press box. It also includes skate rental and sharpening and is be open to the community for programs and open skates.

Trine has four men’s and women’s hockey teams and the Thunder Ice Arena has a vibrant youth hockey program.

The facility has been praised as one of the best in the Midwest for small colleges and universities.

After resisting for a number of years, the Steuben County Council in spring of 2017 approved the local option highway user tax for local vehicle owners.

Ordinance 899 — the excise surtax for light vehicles — will charge people 20% of their state vehicle excise tax or a minimum of $25. The wheel tax, Ordinance 900, will charge a flat $80 per vehicle greater than 11,001 pounds and trailers with the exception of trailers 3,000 pounds and under, which will be charged a $15 fee. Both ordinances passed 5-2. For the taxes to be collected starting in 2018, they had to receive final approval before July 1, 2017.

Voting for the taxes were Council members Ken Shelton, Dan Caruso, Rick Shipe, Linda Hansen and Ruth Beer voted yes. Voting no were Council members Jim Getz and Wil Howard. This split reflected all three readings of the two ordinances. Both the excise surtax for light vehicles and the wheel tax must be approved in tandem or neither can pass.

Under Indiana law, a county council can amend the tax either higher or lower or repeal it completely.

Steuben County Sheriff’s Department Detective Chris Emerick, with the support of county-approved funding through the office of Steuben County Coroner Bill Harter, used some of the latest technology to identify Tina Len Cabanaw, the woman whose badly decomposed body was found in September 1999 and had remained until May a cold case.

The identity was officially confirmed in June of this year.

Cabanaw was 36 when her body was presumably dumped in a farm field off of C.R. 200N on land that’s now part of Glendarin Hills Golf Club.

With DNA matches through an aunt and eventually Cabanaw’s daughter, Jessica Gallegos, of Colorado, Cabanaw’s identity was determined. And it was a bittersweet moment for Gallegos, who has been to Steuben County to visit her mother’s grave site in Carter Cemetery.

“It hurts just because I may not have closure. I have searched for her every year,” Gallegos told The Herald Republican, “but my hopes of finding her (alive) are crushed. There is some good from the closure; I don’t have to search for her anymore.”

Steuben County Sheriff R.J. Robinson presumes Cabanaw was murdered, yet that remains a mystery, one the sheriff’s department hopes to one day resolve.