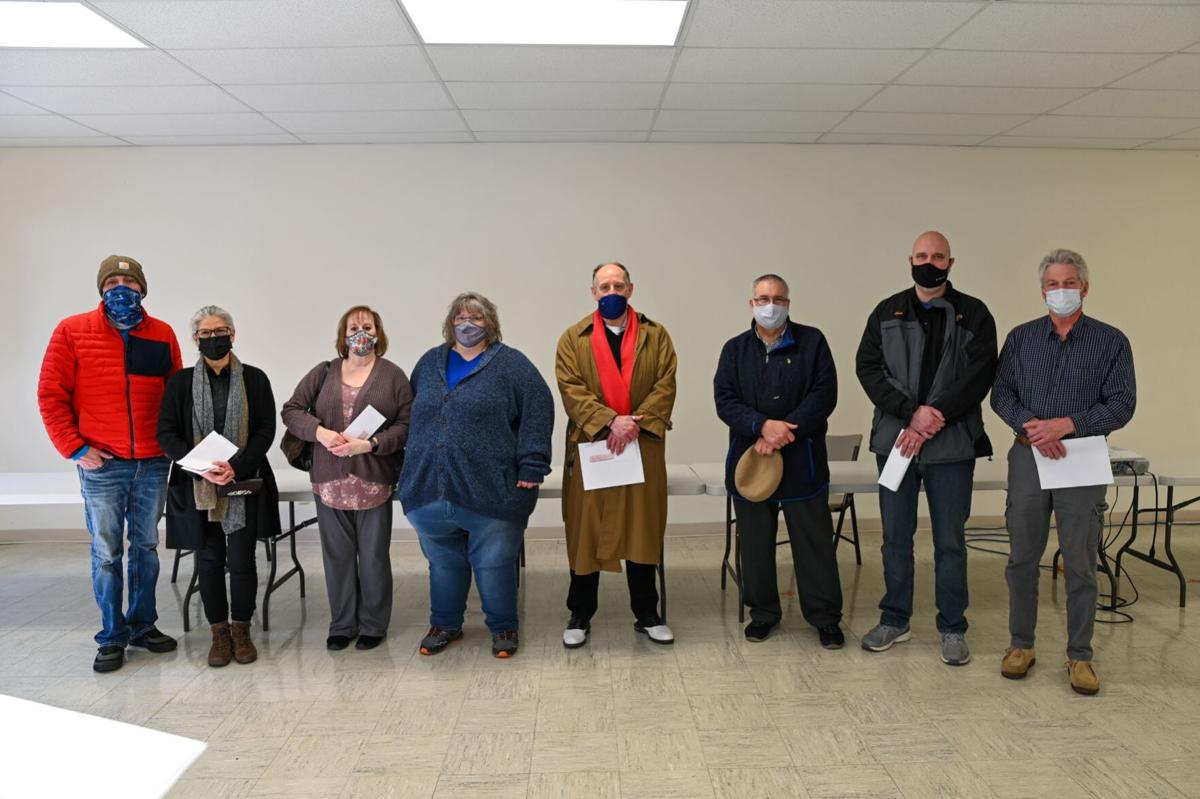 Owners and representatives from seven local businesses were presented with checks Thursday after being awarded between $5,000 and $10,000 in forgivable loans for COVID-19 recovery through the Angola Investment Fund. 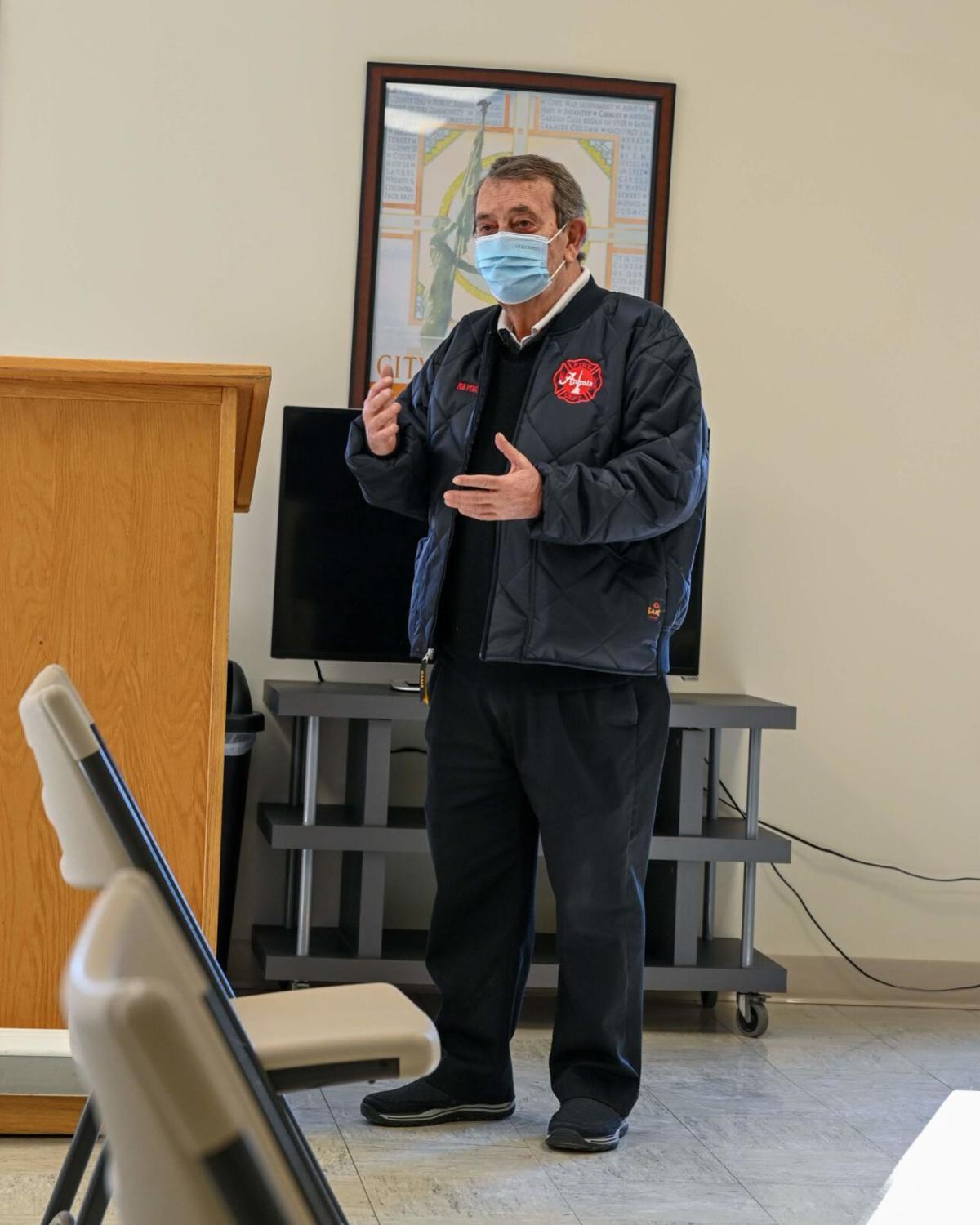 Angola Mayor Richard Hickman speaks to business owners during a Thursday press conference where the Angola Investment Fund presented checks to seven businesses that have been awarded forgivable loans for COVID-19 recovery.

Owners and representatives from seven local businesses were presented with checks Thursday after being awarded between $5,000 and $10,000 in forgivable loans for COVID-19 recovery through the Angola Investment Fund.

Angola Mayor Richard Hickman speaks to business owners during a Thursday press conference where the Angola Investment Fund presented checks to seven businesses that have been awarded forgivable loans for COVID-19 recovery.

ANGOLA — Seven more Angola businesses adversely impacted by COVID-19 were awarded forgivable loans on Thursday, bringing the total number of local businesses that have received financial assistance in 2020 and 2021 to 16.

The funding was made possible through the Indiana Office of Community and Rural Affairs, which awarded Angola $250,000 for the program. The city, through the AIF, chipped in $100,000 to increase the total amount available for forgivable loans to $350,000.

At Thursday’s awards presentation, Councilwoman Kathy Armstrong, who was present to represent the city, said that approximately 69% of the original funds for the program have been exhausted. The figure is based on the amount of money already given out and several pending applications.

But more funding could be on the way.

“We anticipate applying for another round,” Armstrong said. “So, we want to keep this going as long as possible.”

Angola Mayor Richard Hickman spoke briefly at Thursday’s press conference. He began by discussing how the AIF has changed to respond to the needs of Angola’s business community during the pandemic.

Hickman thanked the owners and representatives from the seven businesses that were awarded funding for their contributions to the city, and for the way many were forced to adapt their business practices in order to remain afloat.

“I would bet the farm that none of you are doing business on the 21st of January in 2021 the same way you were on Jan. 21, 2020,” he said. “You had to adjust your way of doing things and be innovative, and we’re just very thankful that we can be here to help you out. We’re very proud to be a part of this.”

With approximately 30% of the program’s funds remaining, it’s not too late for other Angola businesses that have been adversely affected by COVID-19 to apply for a forgivable loan. Applications are still being taken.

To learn more about funding or to apply for a loan, business owners should visit the city’s website, or contact Vivian Likes in Angola’s Economic Planning Department at 665-7465, ext. 7265.