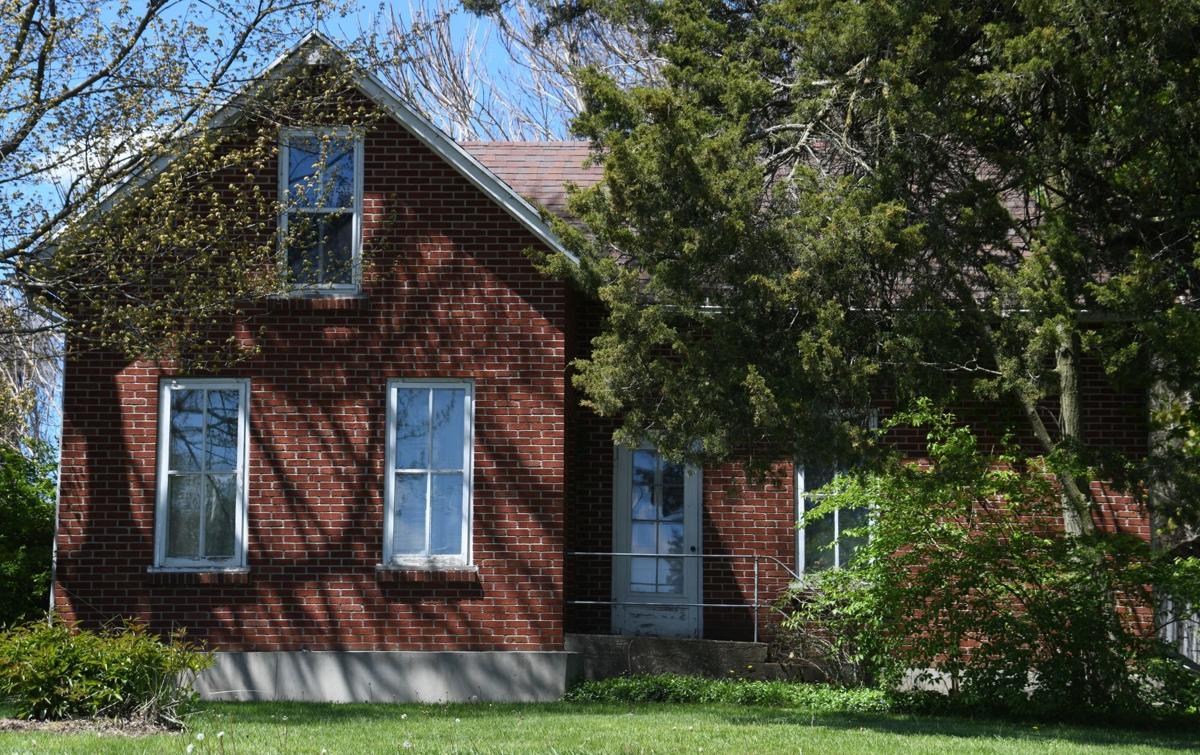 After originally being deemed ineligible for the National Register of Historic Places, the Orton Farmstead pictured above has been found to be eligible, which has potentially altered its fate in being demolished for a roundabout. 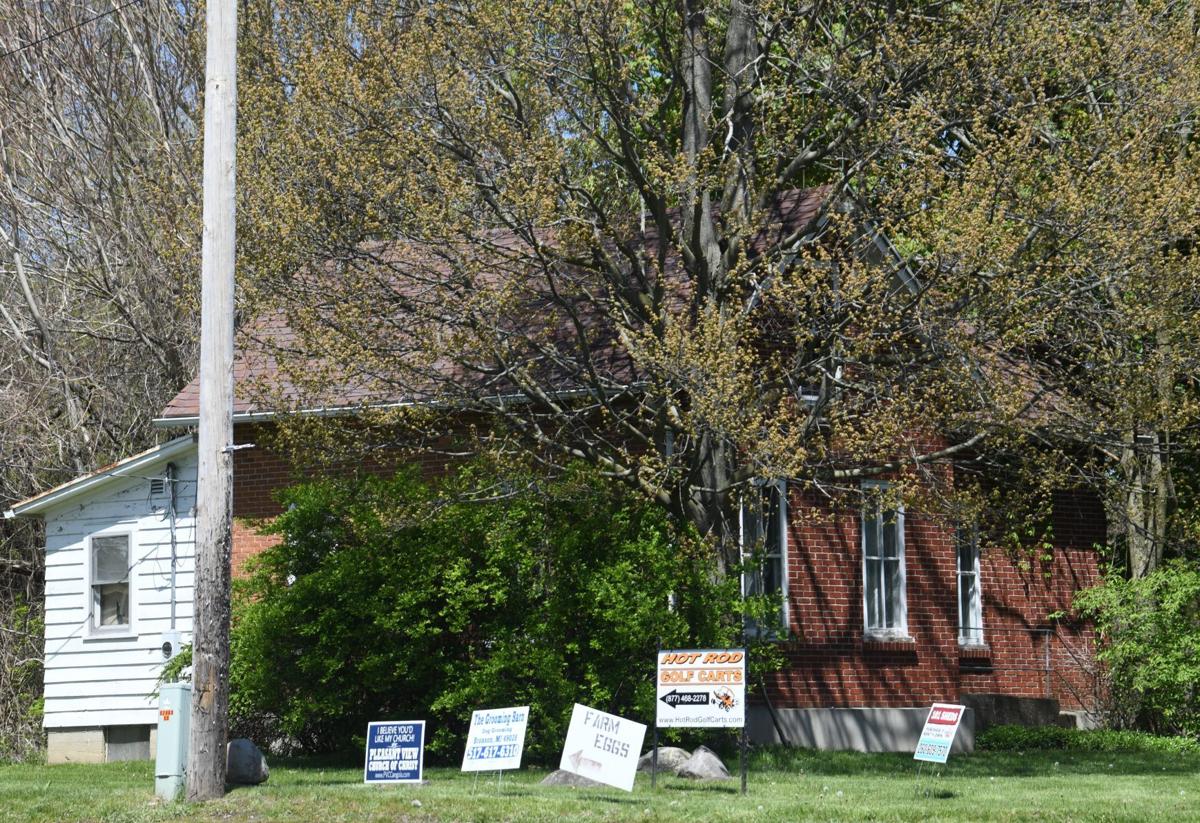 The Orton Farmstead at 1025 N. C.R. 200W stands on nine acres of mostly wooded land. It was potentially being torn down for a roundabout project for the intersection of C.R. 100N and C.R. 200W, but the request is now to move the roundabout to the south and/or east to preserve the property that is National Register of Historic Places eligible.

After originally being deemed ineligible for the National Register of Historic Places, the Orton Farmstead pictured above has been found to be eligible, which has potentially altered its fate in being demolished for a roundabout.

The Orton Farmstead at 1025 N. C.R. 200W stands on nine acres of mostly wooded land. It was potentially being torn down for a roundabout project for the intersection of C.R. 100N and C.R. 200W, but the request is now to move the roundabout to the south and/or east to preserve the property that is National Register of Historic Places eligible.

ANGOLA — The Orton Farmstead property at 1025 N. C.R. 200W that was slated for demolition for a roundabout project might not meet that fate as it was discovered the home could be placed on the National Register of Historic Places.

Todd Zeiger of Indiana Landmarks said the Indiana Division of Historic Preservation and Archaeology, which is the state historic preservation division, made the determination recently that the house is eligible for listing on the National Register of Historic Places.

“This finding was done as part of the required review of any federally funded projects to assess a project’s potential impacts on historic properties,” said Zeiger in an email. “That process, called Section 106 review, provides an opportunity to suggest modifications to a project to lessen or remove any impacts.”

Deb Parcell of Indiana Landmarks said initially, the historic property and archaeology report done by DLZ Engineering determined no historic properties would be affected by the project. The Angola Historic Preservation Commission asked about exploring possibilities to save the house as they felt it was significant.

“Additional photos and information were submitted to the Division of Historic Preservation and Archaeology, who then advised DLZ the property would be eligible for National Register listing,” said Parcell in an email. “Based on that determination, we, in conjunction with the Angola HPC, have requested as a reasonable accommodation that the proposed roundabout be shifted east and/or south as necessary to avoid adverse impact to this National Register-eligible property.”

“The HPC considered this an unexpected victory since we thought the battle was already lost,” Sauer said. “That farm is outside our historic district, so we really have no official say in its fate.”

To Sauer’s knowledge, nothing the commission did prompted the change of heart.

At a meeting of the commission earlier this month, Deb Parcell with Indiana Landmarks read a letter from Deputy State Historic Preservation Office Beth McCord saying the farmhouse is significant, calling the farmstead a “rare surviving example of its type in the area.”

“The simple gabled-el form of the house at the Orton Farmstead, with its 2/2 windows, exhibits a rare use of materials for a modest rural house, with few comparables in the area,” said McCord’s letter. “Brick farmhouses are uncommon in Steuben County, and the few that exist outside the ‘urban’ centers of Angola, Fremont, Orland, Hamilton or Pleasant Lake tend to be larger, more ‘high style’ examples.”

Several commission members had previously written individual letters to the state disagreeing with the decision to tear down the property, but accepting the decision, while wishing to go through the buildings and document them with photos while also potentially rescuing anything they deem historical or valuable.

“Perhaps those letters prompted the state to reconsider, but if so, the (most recent) letter didn’t mention it,” said Sauer.

Sauer continued to say that as far as the commission knows, the roundabout plan now is to move it to the east.

“This should also save the farm on the southwest corner which, although greatly modified and renovated, still has some historical charm,” he said.

In March, the commission received another letter in response to their request to review the site that claimed the nine-acre property didn’t appear to meet the criteria for inclusion in the National Register.

In that letter, it said Steuben County was last surveyed in 2007 as part of the Indiana Historic Sites and Structures Inventory. That search had the Orton Farmstead rated contributing. A total of 170 properties were surveyed in that project. The farmstead was one of eight contributing properties in Pleasant Township at that time.

“Many of the contributing-rated farms in Pleasant Township retained more or better examples of outbuildings than the subject farm,” said the March letter.

Outbuildings at the farmstead include a barn, privy and a shed.

Other contributing-rated farms in the township had what the March letter called “better” examples of outbuildings, including one with an English barn, a machine shed and two concrete silos and another with a bank and a transverse-frame barn, as well as a farm less than two miles from the Orton farmstead that includes a chicken house, a Midwest three-portal barn, a transverse-frame barn, a silo, shed and garage.

The property opposite the Orton Farmstead, located at 2025 C.R. 100N, wasn’t included in the survey but is in the roundabout project’s area of potential effect and, when evaluated by the project historian, the property was recommended to be rated contributing due to its collection of mostly intact outbuildings that include a gambrel-roof bank barn, a milk house and a circa 1920s garage and shed. The property is still an active farmstead.

Steuben County has been working on a project to improve and enhance the safety and efficiency of the intersection of C.R. 100N and C.R. 200W that can often be found backed up with traffic. The intersection is just outside of Angola’s city limits, but within the city’s extra territorial jurisdiction area.

The project was initiated by the Steuben County Highway Department. It is scheduled to be constructed in 2024.

A Road Safety Audit and Hazard Elimination Study determined that the volume of traffic is too high for that intersection. The assessments also found that due to the intersection’s geography, stormwater runoff ponds at the intersection and creates dangerous conditions during adverse weather. It concluded that intersection improvements are needed to reduce the possibility of crashes.

To alleviate those issues, the intersection would be reconstructed as a single lane roundabout.

The project would require reconstructing just less than a half mile of roadway, and would require land acquisition of more than half an acre for right of way purposes.

The property for years had been owned by Paul and Alice Eble, who are both deceased. It is now owned by the Ralph Trine Trust.