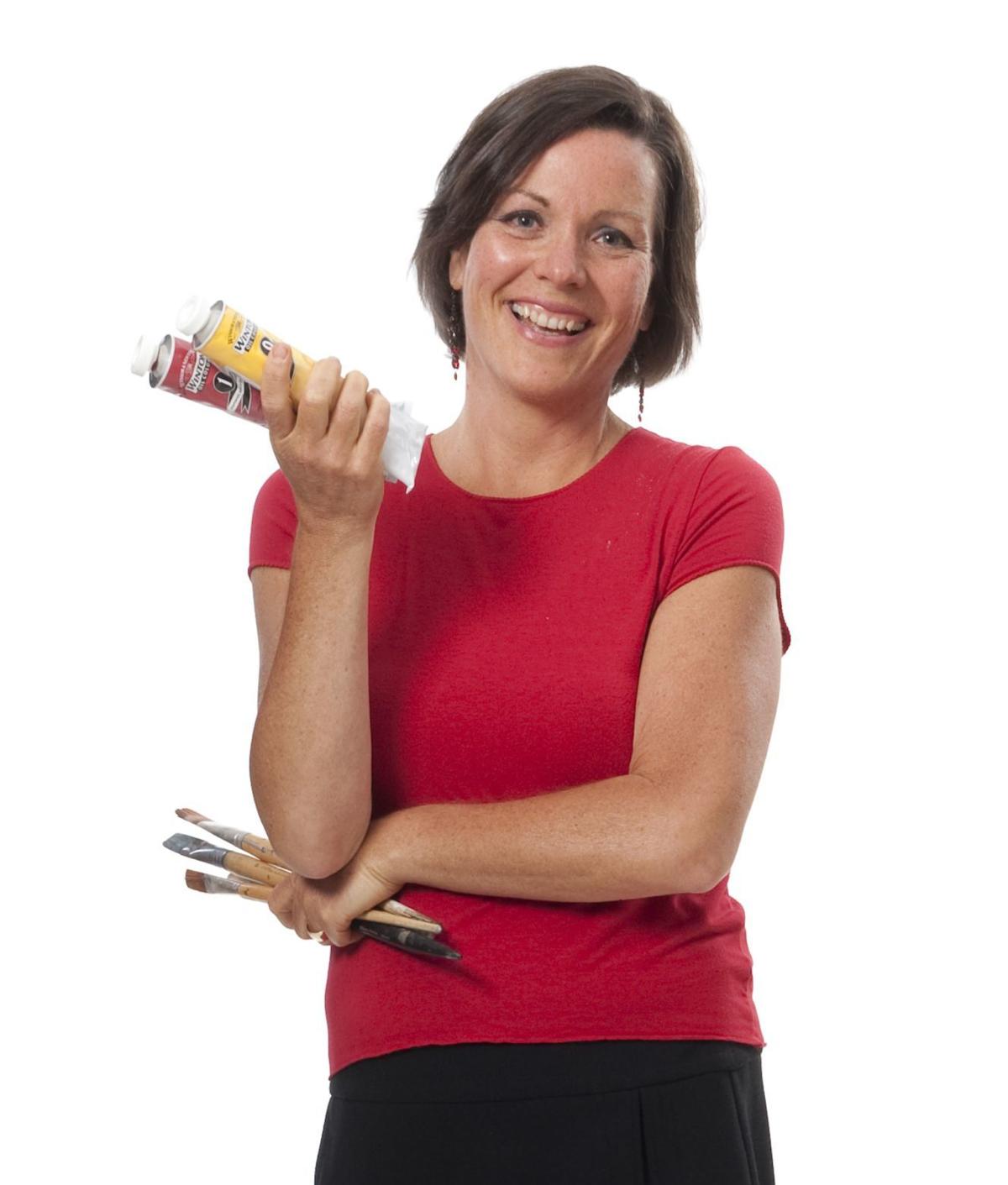 Emily Boiler of Fort Wayne will speak during the Fearless Freak Art Show on Feb. 13 at the Brokaw Movie House in Angola. An artist and author, Boiler will tell her story of overcoming food addiction. 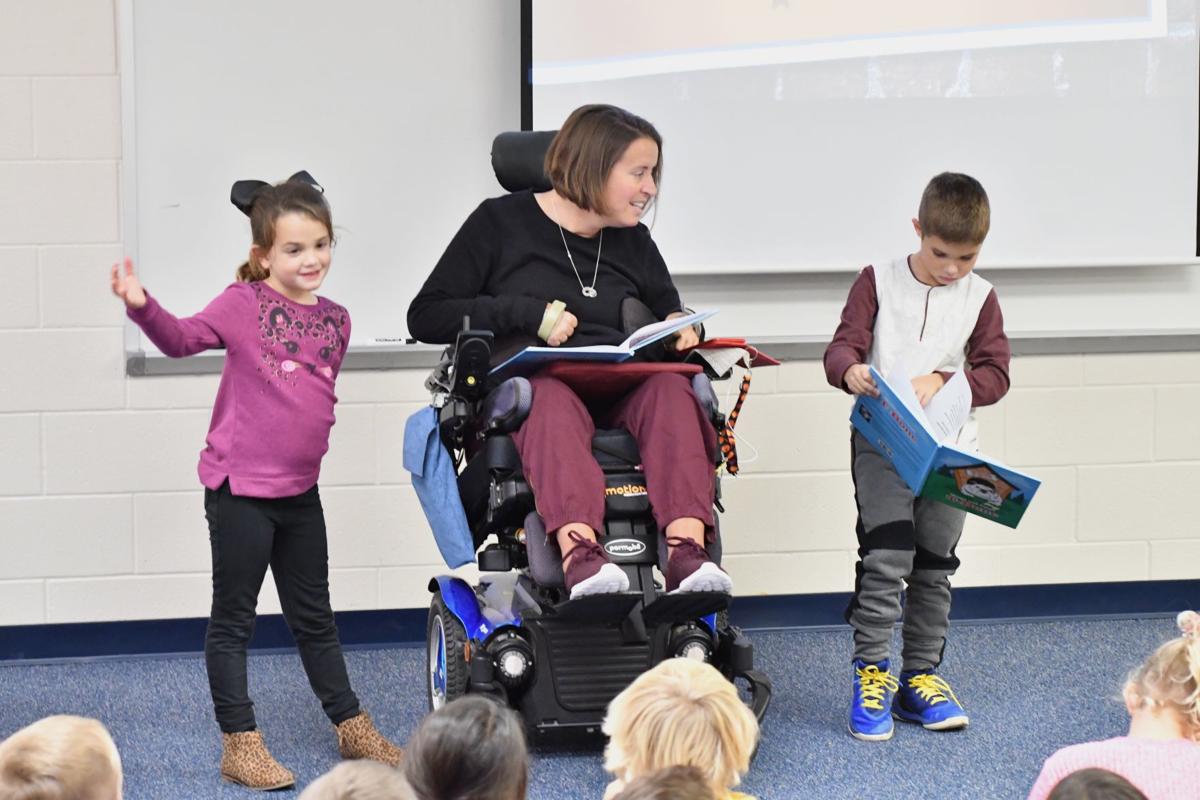 Angola author Annie Streit read “Rough and Tough T-Bone” for a group of first-graders at Cedar Canyon Elementary School in Huntertown on Oct. 22. Streit is currently working on her fourth book and will be a speaker at the Fearless Freak Art Show on Feb. 13 at the Brokaw Movie House in Angola. 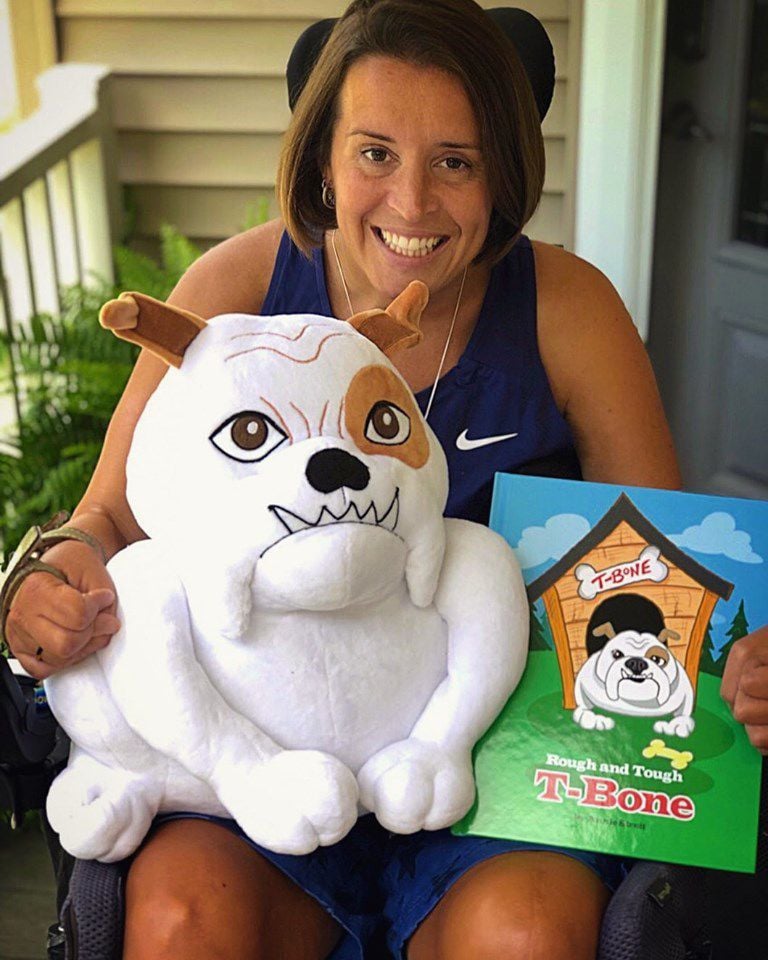 Annie Streit of Lime Lake holds her book, “Rough and Tough T-Bone” and a T-Bone plush, available through Dorrance Publishing.

Emily Boiler of Fort Wayne will speak during the Fearless Freak Art Show on Feb. 13 at the Brokaw Movie House in Angola. An artist and author, Boiler will tell her story of overcoming food addiction.

Angola author Annie Streit read “Rough and Tough T-Bone” for a group of first-graders at Cedar Canyon Elementary School in Huntertown on Oct. 22. Streit is currently working on her fourth book and will be a speaker at the Fearless Freak Art Show on Feb. 13 at the Brokaw Movie House in Angola.

Annie Streit of Lime Lake holds her book, “Rough and Tough T-Bone” and a T-Bone plush, available through Dorrance Publishing.

ANGOLA — Two vibrant speakers will tell joyful stories of overcoming adversity and being their best selves along with the fanfare of the Fearless Freak Art Show.

The multimedia celebration of individuality will be held on Thursday, Feb. 13, at The Brokaw Movie House, 200 N. Public Square, Angola.

Hosted by the Steuben County Anti-Bullying Coalition, the show is a followup to last year’s “Strength In Numbers” documentary, which was also screened at the Brokaw amid community collaboration and discussion.

The event will start with a blue hat walk at 6 p.m. and a program from 7-9 p.m. Art submissions from throughout northeast Indiana will be shared. The artistic expressions selected by SCAB’s jurors range from painting to video to live performance. The artists are high school aged through adults.

Speakers include Angola children’s author Annie Streit and Fort Wayne native and artist Emily Boiler. Boiler will share her weight loss journey and experiences with overcoming obstacles while remaining true to herself. Streit will share her recent release, “Rough and Tough T-Bone,” which not only highlights the problem of bullying but looks into the heart of a bully and the causes of aggressive behavior.

On Boiler’s web site, emilyboller.com, she tells a story of transformation.

“Early on, I displayed talent in the visual arts and right through high school painted murals in homes, schools, churches and businesses,” says her biography. “But, ever since I was 6 years old, I had struggled with a food addiction — even though no one had a clue what it was back then, including my parents. I was especially addicted to sweets and became chubby in childhood and then anorexic in my teens.”

In her 40s, Boiler decided to fight her obesity through an online art project using food as a medium. The exhibit gained national attention and throughout that year, Boiler lost 100 pounds, eradicated the coronary artery disease and prediabetes and became athletic.

Boiler is a regular blog contributor for Dr. Joel Fuhrman who wrote “Eat to Live,” did a guest appearance on The Dr. Oz Show and has been a speaker for organizations and conferences. She earned certificates in Basic Nutrition and The Science of the Nutritarian Diet from Furhman’s Nutritarian Education Institute. Boiler published “Starved to Obesity,” a book meant to offer inspiration, education and practical tips for anyone who wants to escape food addiction and reclaim health.

Streit, a Steuben County lake resident, will share her third children’s book “Rough and Tough T-Bone,” which deals with the themes of bullying and acceptance.

“My hope is that this book helps to raise awareness and help make kids feel more comfortable to talk about their own experiences,” said Streit, who published “Rough and Tough T-Bone” in September and is currently working on her fourth book.

Streit has a degree in social studies education from Ball State University. She enjoys working with children and has spoken to a wide variety of audiences. Many of her stories stem from her own experiences of navigating through life in a wheelchair after a diving accident in May 2005.

Her books focus on the ideas of acceptance, empathy and overcoming obstacles, attempting to connect with children through common feelings and experiences.

She has a blog at annieauthorblog.wordpress.com.

The idea behind the Fearless Freak Art Show was to give community members a chance to show their individuality. Submissions were received from throughout the four-county northeastern Indiana area.

In other genres, Maria Davis will do a stupefying performance with a light sabre. Anna Wilson’s heart-breaking Youtube video eloquently tells a story of postpartum depression.

Other flashy surprises are planned, including costumed characters and a dance performance.

SCAB is a volunteer committee that aims to move beyond bullying in Steuben County to an accepting, cohesive community. In a showy stand against bullying prior to the show, there will be a blue hat walk around Public Square. Blue stocking hats will be available for purchase in keeping with the premise of Hat Not Hate.

Shira Blumenthal is the founder of #HatNotHate and the brand ambassador for Lion Brand Yarn Company. After experiencing scarring bullying as an elementary aged child, she started Hat Not Hate in 2018. People are encouraged to make their own hats of any blue yarn and wear them to show support of the anti-bullying cause.

On Feb. 13 in downtown Angola, people are encouraged to wear those hats in an organized walk and then enjoy art, refreshments available at Brokaw’s concession stand, the speakers and entertainment at the Fearless Freak Art Show. Admission is free though SCAB will accept donations and ideas for further community projects. Contact Megan Peterson at mpeterson@purdue.edu to get involved.