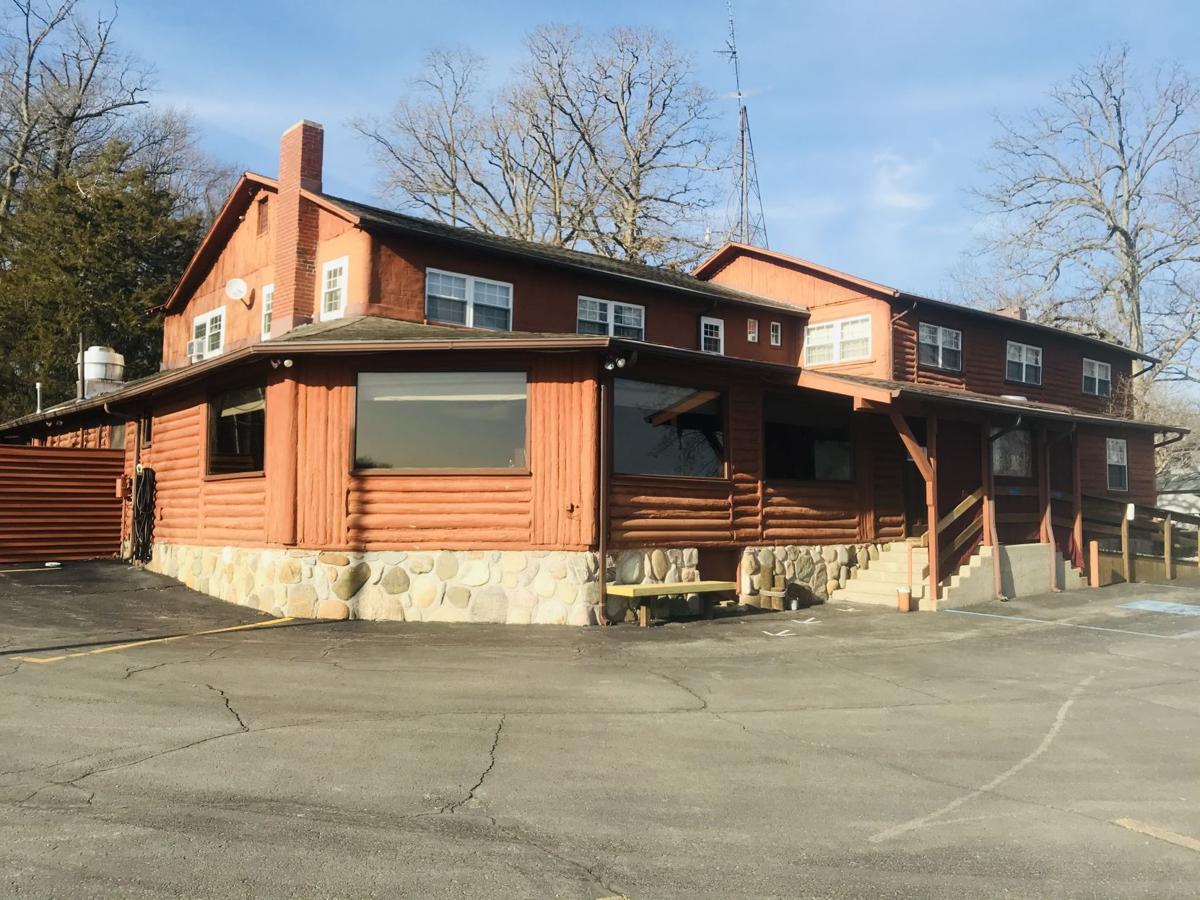 The Captain’s Cabin, shown in this March 15 photo, has closed its doors. The restaurant served its final guests on Saturday night, ending a decades-long era, including three decades under the ownership of Charles, Sarah and Jason Brunson. 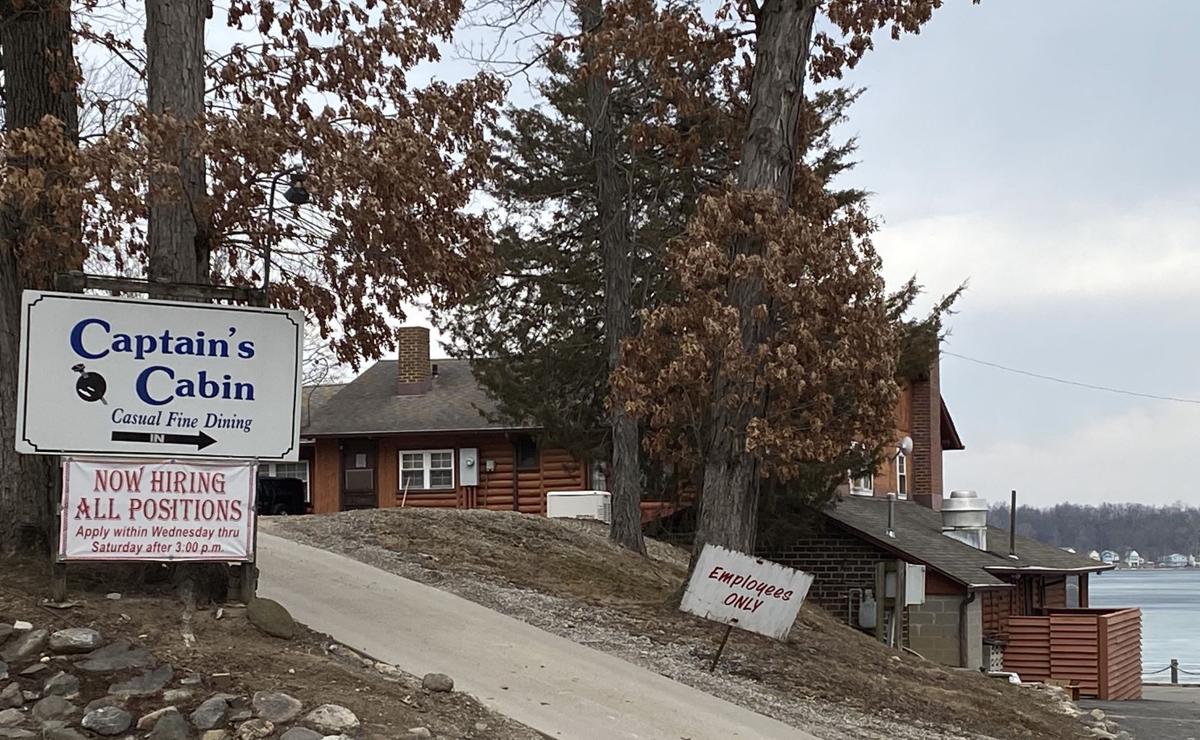 Captain’s Cabin on Crooked Lake has closed its doors as of Saturday night. Future plans for the lakefront property that has provided fine dining for decades have not been disclosed.

The Captain’s Cabin, shown in this March 15 photo, has closed its doors. The restaurant served its final guests on Saturday night, ending a decades-long era, including three decades under the ownership of Charles, Sarah and Jason Brunson.

Captain’s Cabin on Crooked Lake has closed its doors as of Saturday night. Future plans for the lakefront property that has provided fine dining for decades have not been disclosed.

CROOKED LAKE — The storied Captain’s Cabin restaurant that has entertained guests for decades on Crooked Lake has closed its doors for good, co-owner Charles Brunson said in an email to KPC Media Group late Saturday night.

“The party is over after 30-plus years,” Brunson said in a phone interview Monday. “Riding off into the sunset. That’s enough for me.”

The property has been sold but Brunson did not reveal who the buyer is or his or her intent with the approximately 1 acre of land on Crooked Lake. The property also includes a back lot that’s 1 acre.

“At this time, we are not going to divulge who the buyer is,” Brunson said. “Not trying to be too evasive, but there’s still I’s to dot and T’s to cross.”

The business has been owned by Charles, Sarah and Jason Brunson in whole or in part since January 1991. The Cabin, under the corporate name of Arlo Inc., has withstood a major fire and a significant bridge closure, but has hit a brick wall with the same problem that plagues many businesses these days, and that’s the lack of workers.

“It’s been a pretty good run. We just simply ran out of help. It doesn’t matter how much you pay, you just can’t find anybody,” Charles Brunson said.

The lack of growth in the community also is a limiting factor, particularly when more restaurants appear on the scene.

“The pie just gets really thin,” he said.

The closing and possible sale of the business has been speculated since December 2019 when zoning changes were sought to enable a variety of options for future use of the property.

That speculation grew this March when unauthorized information leaked that a pending closing was expected. That led to a large amount of speculation on social media, something that was disheartening to the Brunsons.

Arlo Inc. has owned the fine dining establishment for more than 30 years after purchasing it from Jim “Jungle Jim” Rivera, a former member of the Chicago White Sox.

In early December 2019, the Steuben County Plan Commission approved a favorable recommendation to vacate three lots in the Jewell’s Grove subdivision where the Cabin sits.

“All we were trying to do was give us more options down the road,” Charles Brunson said at the time.

If the property is sold for residential development, the land would have to be rezoned to Lake Residential from Local Business, the Plan Commission said in 2019.

After 30 years in business, Brunson said he has had many good times at the restaurant that’s never ventured from his fine dining tradition.

“We tried to hold the place to a higher standard,” he said.

Throughout it all, the restaurant developed a loyal clientele.

“We’ve had a lot of good people walk through these doors,” Brunson said. “We have had so many good people come through here.”

Brunson said he, Sarah and Jason might have stuck around for another couple years — until construction of the roundabout that’s going in at the intersection of C.R. 100N and C.R. 200W that will shut down the major road leading to Crooked Lake and the restaurant that sits on the first basin.

“If not for the workforce and a lack of growth we would have hung around for a couple years anyway,” he said. “We were still having fun with the place. It was an enjoyable place to work.”

The roundabout project, which is to be built in 2024, helped push the decision up a bit sooner. In 2015, when the C.R. 100N bridge over Interstate 69 was rebuilt, closing the road for months, it was devastating to the restaurant’s business, Brunson said. He anticipates the closing of the intersection, just a short distance from the I-69 bridge, would end up having the same effect.

Anticipating the pending closing, Saturday night brought a packed crowd to the Cabin. People were lined up outside the restaurant prior to its 4:30 p.m. opening and many stayed until the doors closed at around 10 p.m.