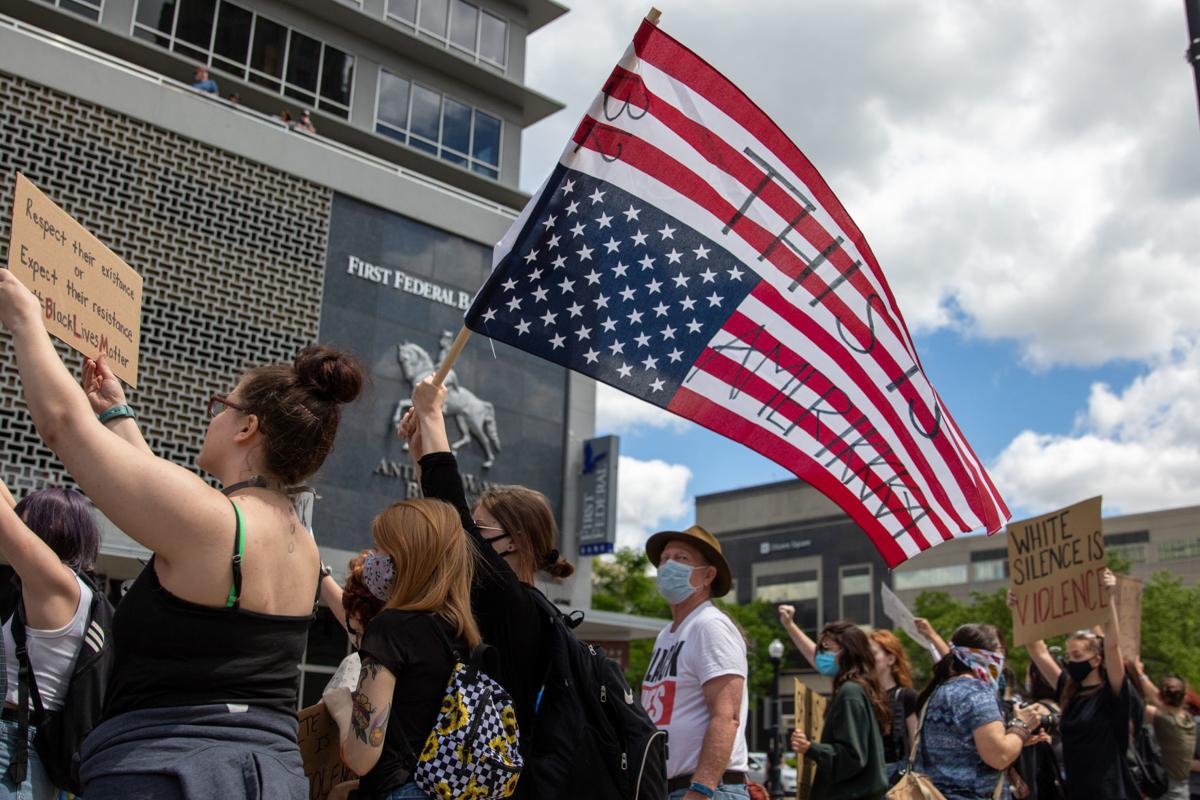 A protester waves an upside down American flag during a protest Saturday in downtown Fort Wayne. Gov. Eric Holcomb issued a statewide call for peace after protests occurred in numerous cities over the weekend, with some turning violent and destructive. 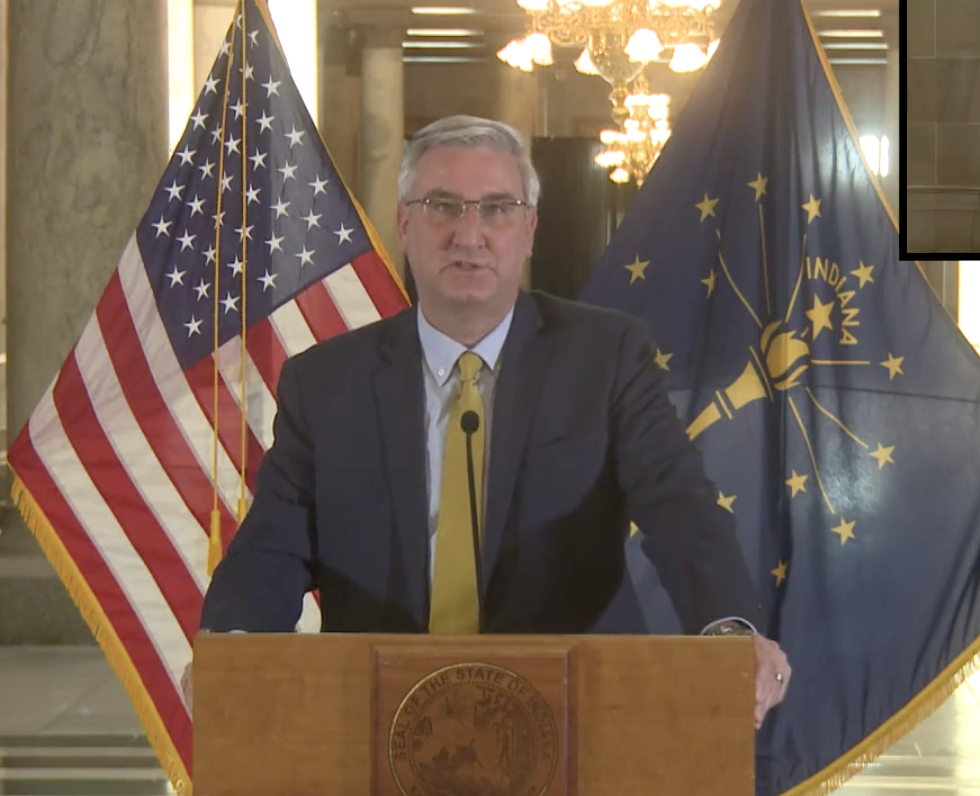 INDIANAPOLIS — Moments after President Donald Trump finished a conference call with governors from across the United States Monday calling many of them “weak” for the aftermath left behind from a weekend of protests and riots, Gov. Eric Holcomb took to the rotunda of the Capitol to address Hoosiers on the events from the past weekend.

In the wake of the brutal death of Minneapolis, resident George Floyd on May 25, protests around the United States, many of which have turned violent, have wreaked havoc on many cities including several in the Hoosier state.

“What started out as an understandable and needed response to the disgusting, gross, violent and fatal injustice to Mr. George Floyd has turned into anything but a proper time of mourning. My prayers continue to go out to the Floyd family and I want them to know of the so many Hoosiers of all races who seek to honor his legacy by committing ourselves to righting these injustices,” Holcomb said in his opening remarks.

“His final words ‘I can’t breathe’ haunts me, and it should remind us that with every breath we take, every breath we have left should be devoted to making sure what happened to Mr. Floyd doesn’t happen again.”

Protests, which were mainly peaceful, turned violent after dark on Friday, Saturday and Sunday in cities across the state including Fort Wayne, Indianapolis and dozens more.

After paying respect to the memory of Floyd, Holcomb had a distinct message to those protesters who are vandalizing business, monuments and causing harm within the state.

“No citizen has the right to destroy or vandalize another Hoosier’s safety or property,” he said.

He said change at all levels can’t occur until control is gained across the Hoosier state. He went on to say once control is established, he wants Indiana to be a leader in change.

“We must harness, not squander, the energy in the Floyd aftermath,” he said. “This will take all of us, we the people forming a statewide coalition that calls for nothing less. This violence makes progress harder.”

Carter and Lyles said their forces will continue to support local communities where needed.

“We stand in support of our local law enforcement agencies,” Carter said.

Carter was choked up when he began discussing the violence and destruction, which took place around Monument Circle in Indianapolis on Saturday night and Sunday morning.

“The view on Saturday was overwhelming,” he said.

As the head of the Indiana State Police, Carter said Hoosiers must hold leaders like himself accountable.

“Let me say I am sorry,” Carter said.

He said this is not the way to solve a complex issue within our state and across the United States.

On Sunday, the Indiana National Guard established a presence at state properties in Indianapolis to stop the destruction and soldiers from the 122nd Fighter Wing in Fort Wayne assisted Fort Wayne officials.

National Guard troops continue to protect state properties as long as there is a need within the state.

“We are going to continue to be available to support local officials, because they know best what their communities need,” Holcomb said.

In looking to make change, Holcomb said it is going to take everyone coming together, supporting a common solution.

Holcomb said he will continue to do everything he can to improve the lives of every Hoosier, no matter their race.

Carter said law enforcement agencies need to do a better job of being transparent within communities to help build the trust of residents.

Holcomb ended his remarks with one simple statement, “This country was founded on ‘We the People’ and we need your help.”