The cast of “Yar! The Pirate Spectacular!” gather after a sword fight between the pirates and the pirate hunters. The show takes the stage today through Sunday at Prairie Heights High School. 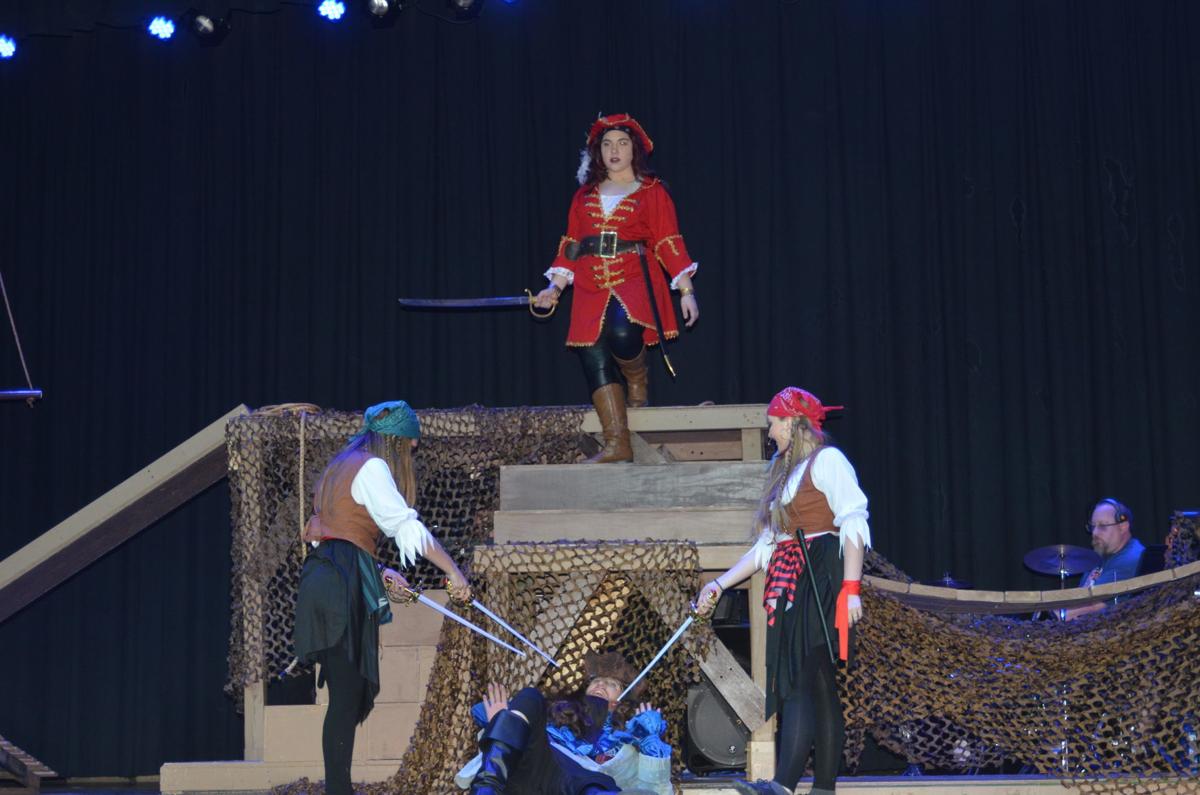 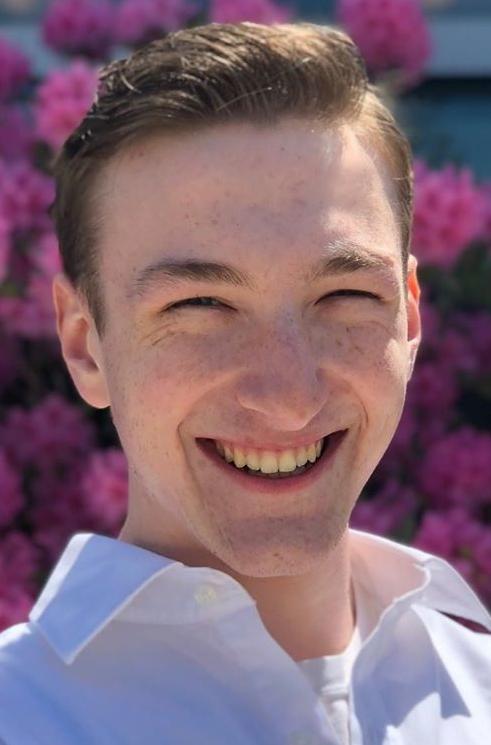 The cast of “Yar! The Pirate Spectacular!” gather after a sword fight between the pirates and the pirate hunters. The show takes the stage today through Sunday at Prairie Heights High School.

BRUSHY PRAIRIE — Swashbuckling pirates and pirate hunters alike take the stage this weekend at Prairie Heights in the debut performance of “Yar! The Pirate Spectacular!”

The lyricist, composer and librettist for the show is someone that many familiar with the Prairie Heights theatre community will recognize; John Claudy.

Now a student at Valparaiso University, Claudy has long had an interest in composing musicals that stems back to his sophomore year of high school.

The show won Claudy the Valparaiso University Pillar of Excellence in the Arts award. He is a student of music and theatre.

“I have a notebook full of ideas and a mind filled with even more,” he said. “A friend of mine and I set out to compose a musical for a musical writing competition, but when that ultimately led nowhere, I was left with premises for some shows I fell in love with and wanted to continue working on.”

“I estimate well over 1,000 hours of heart poured into this show, and even that is severely undercutting it,” he said.

The show opens with a dock worker named Robert Pearson, played by Dalton Sprunger, that wants nothing more than to sail the high seas. His boss will not let him, but that’s not going to stop Pearson.

It continues through Pearson’s trials, an experience with a con man named Timothy Swindell and several female pirates with a lot of laughs, a fair amount of drama and at least one love interest.

This weekend’s performances are the “beta version” according to both Claudy and Reed.

“While it is a complete story and show, having been reworked multiple times, it’s still in its infancy and will continue to grow and change,” Claudy said. “I already know what I want to do for the rewrites after it moves on from Prairie Heights, as those changes are a stark contrast to the show people will see.”

Reed said Claudy made a rehearsal for the first time on Tuesday and was happy with the way the show was going and the way the set came out.

The process of writing a show from start to finish as well as casting and staging has been no easy task, but Reed said it has been a good learning experience for not just Claudy, but for herself and the other directors and crew involved with the show.

Reed said there were a few people she relied heavily on to be able to successfully produce Claudy’s masterpiece.

“Mr. Mike Mullen, a Prairie Heights alum who has helped with rehearsals since the process started back in May, Mrs. Amber King, a Prairie Heights alum and choreographer has hours and hours of choreography work, Mr. T.J. Missler as my assistant director with set design and construction, Mr. Chance Varner as technical director as his knowledge of both lights and sound far surpasses my own and Miss Kayli Savage with her work on orchestration, I could not have done it without them,” Reed said.

Claudy sent his musical scores to Savage and she helped him take the compositions and get them arranged properly. She also taught the music to the cast, many of whom Reed said don’t really read music.

Chuck Reed, said Claudy, was able to help immensely with the percussion elements of the show. Claudy gave him permission to take the percussion and make it his own.

Claudy also said important contributions came from Christopher Cock, conductor of the university chorale at Valparaiso, several music education majors that gave him guidance and advice and his girlfriend, Michayla VanAken who listened to his ramblings and rantings about the show and his passion for composing.

While there is a full orchestral score, for the version taking place this weekend, Claudy said they decided to do just piano and drums on stage with the performers.

“For future versions, I would love to have the entire orchestra as written,” he said. “But we decided this was the best choice for the initial performance, as we are also competing for state and regional competitions with this show.”

One performance, said Reed, will be judged to see if it gets to be performed at theater competitions in the coming season, which would be a big deal, especially for Claudy, since he is a former state officer for the state theater association.

“Having my alma mater perform not only gave me the pre-existing connections I had with the theatre department, but gives me the privilege of seeing the actors on stage become my characters, as many of these actors I have seen grow from middle schoolers through the shows I was in along side them,” Claudy said. “Finally, it leaves behind a legacy for when I move from Brushy Prairie to Broadway, as well as a message to all Prairie Height students – your circumstances do not define you, but how hard you work and how much you dream will ultimately carve the path of your destiny.”

“Yar! The Pirate Spectacular!” will be performed at the Brice G. Diehl Performing Arts Center at Prairie Heights High School at 7 p.m. today and Saturday and at 3 p.m. on Sunday. Tickets are $10 at the door or $7 in advance at phtheatre.booktix.com.