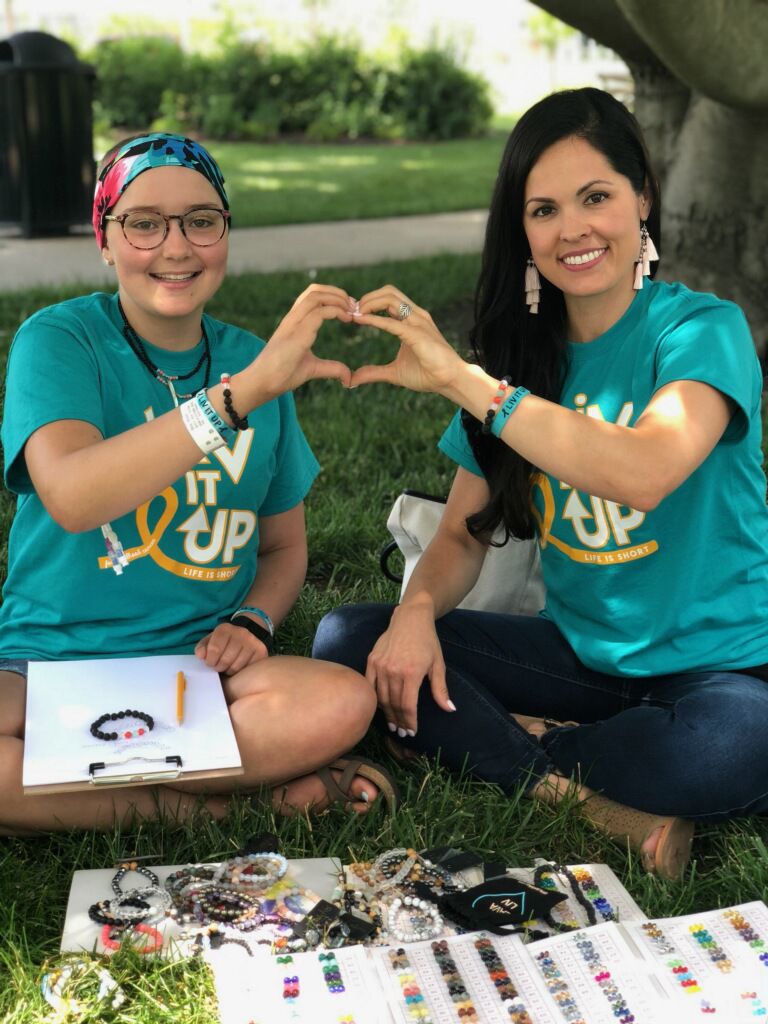 Olivia Stoy of Ashley and Emily Bryan, a Steuben County resident who operates EmilyKai in Fort Wayne, recently launched a lava rock bracelet to benefit Stoy’s upcoming bone marrow transplant. It was designed by Stoy and the theme is “Lava Liv.” 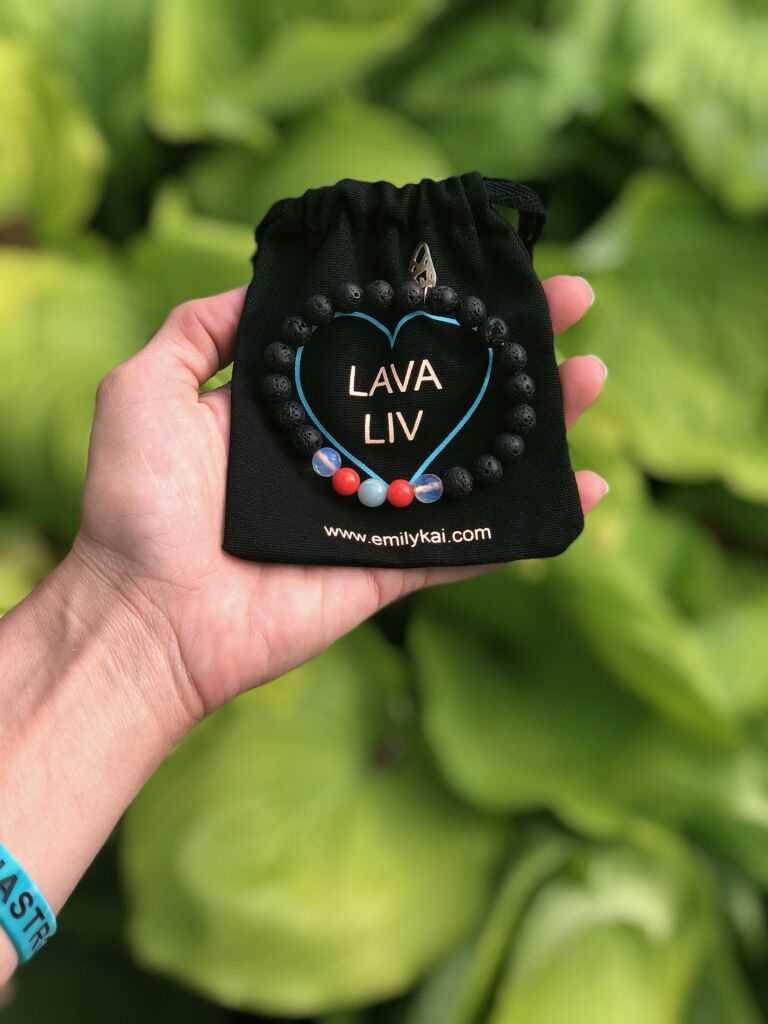 Lava Liv puts the love into helping Olivia Stoy of Ashley, whose family is raising funds for a bone marrow transplant that will help her heal from two years of fighting cancer. 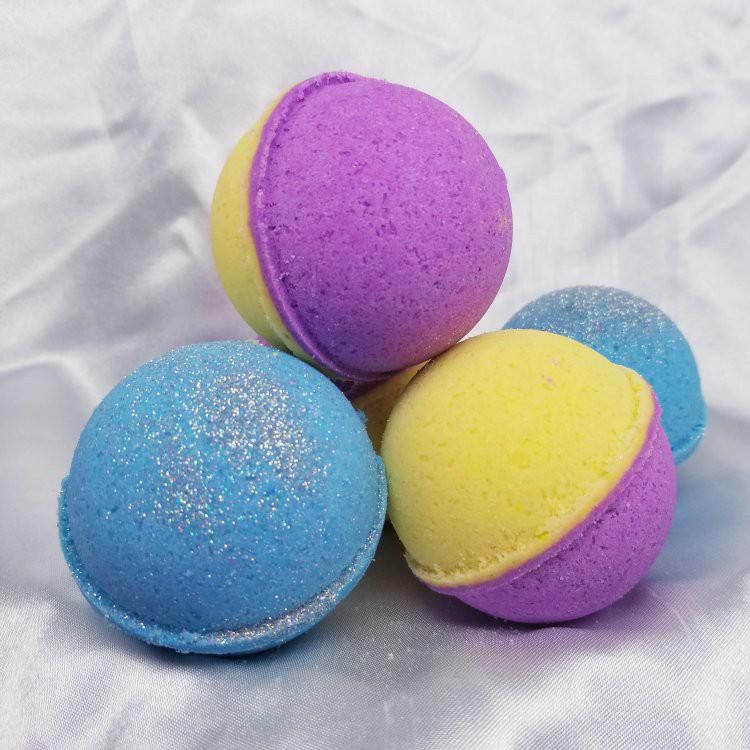 Olivia Stoy of Ashley and Emily Bryan, a Steuben County resident who operates EmilyKai in Fort Wayne, recently launched a lava rock bracelet to benefit Stoy’s upcoming bone marrow transplant. It was designed by Stoy and the theme is “Lava Liv.”

Lava Liv puts the love into helping Olivia Stoy of Ashley, whose family is raising funds for a bone marrow transplant that will help her heal from two years of fighting cancer.

ANGOLA — A duck race at the Hamilton Lake Millpond on Saturday, June 30, during the town’s Independence Day festivities will benefit Olivia Stoy of Ashley.

Quack It Up, hosted by Hamilton High School’s National Honor Society, is one of many efforts to raise funds for a bone marrow transplant for Stoy, who has battled cancer for the past two years.

In cooperation with EmilyKai, a Fort Wayne producer of fashion accessories, Stoy designed a lava rock bracelet that is available on the business’ web site, emilykai.com.

Liv It Up T-shirts are available again after the first batch of the shirts sold out almost immediately. They can be purchased for $15 at Angola and Auburn locations.

Olivia, the daughter of Tom and Megan Stoy, was diagnosed with T lymphoblastic lymphoma two years ago at the age of 12. She is now cancer free and has been continuing chemotherapy treatment at Riley Hospital for Children.

The next step is a bone marrow transplant. A down payment for the procedure, $350,000, must be raised prior to the transplant, which is scheduled for July 23 at Riley Hospital for Children in Indianapolis. The transplant will help Olivia’s body heal; her brother, Preston, is the donor.

While the Stoys’ medical insurance covered all costs up until this point, it is not covering the bone marrow transplant. The $350,000 is a minimum estimate for the transplant itself, said Megan, and the final costs associated with the procedure are likely to significantly exceed the fundraising goal.

Northeastern Indiana is rallying around the family. People marketing everything from cookies to toothpaste to farm-fresh eggs to bath bombs are donating proceeds to the Stoy family. Fourth-grader Lexie Anderson sold lemonade at a stand in Auburn Wednesday to benefit Olivia. Anderson saw Olivia’s story on TV, said Town Tavern owner Larry Davis, and wanted to do something to help. Davis is offering a discount to his customers who contribute to the cause.

In a post last week on Facebook at “Olivia is #StoyStrong,” Megan thanked everyone who has reached out to help. More than $102,000 had been donated at gofundme.com/olivia-stoy-bone-marrow-transplant as of Wednesday afternoon, and the donations continue to roll in. As of Tuesday, Megan said more than $132,000 had been raised by various means.

The duck race proceeds will go to the Liv It Up fund. Tickets cost $5 apiece; three for $10. For each ticket, one gets a duck with a specific number, which will be recorded along with the purchaser’s name and telephone number.

“You will go home with information about the prizes and we will keep your duck for the big race,” said Alecia Pfefferkorn, Olivia’s aunt and principal at Prairie Heights Elementary School. “After the Hamilton parade, all of the purchased ducks will start away from shore. Once released, the ducks will float to shore.”

The parade is scheduled for noon.

Unsold ducks will also be available at the Liv It Up Angola Block Party on Friday, June 29, which is geared toward raising funds for the Stoys. The four quadrants of Public Square in downtown Angola will be cordoned off from 5-8 p.m. and there will be a Hubie Ashcraft concert hosted by Monument Pizza, a sit-down meal by Sutton’s Deli, kids zone manned by the Pleasant Lake Mennonite Church and other vendors and features.

Liv It Up T-shirts were available starting Wednesday for $15 at Calicos and Collectibles, Sunset Slush, Sutton’s Deli, Monument Pizza and Angola Kids League games in Angola and Little Sprouts in Auburn. Plastic Liv it Up Bracelets can be purchased for $1 each at Beacon Credit Union and Kroger, both in Auburn, and Sutton’s Deli in Angola.

Bryan said she’d been following Olivia’s story from its beginning.

“I sent her a lot of bamboo hats and some other products just to kind of make her feel good,” said Bryan, who started her company with the goal of creating showy, well-fitting headbands. EmilyKai products are sold at The Bent Fork in Angola; the Lava Liv bracelets will eventually be available there.

Bryan said her company is working hard to keep up with orders for the bracelets on her web site.

The bracelets feature black lava rocks, coral and light turquoise beads and moonstone. Olivia and Bryan got together at Five Lakes Coffee in Angola one day and Olivia designed it.

“She was very natural at it,” said Bryan. “She chose her favorite colors and she chose the moonstone.”

The moonstone reveals a glint of the gold elastic band underneath. The gold is symbolic of pediatric cancer.

“I hope that you enjoy it and feel confident and strong while wearing it,” says an Olivia quote on EmilyKai’s web site. The bracelet costs $20.

The lava stones can be infused with essential oils, something that has helped Olivia during her exhaustive physical hardships. Lavender helps her relax and sleep; peppermint oil eases her headaches.

“She needs love and support to get through,” said Bryan, “everybody fighting for her.”

The list of efforts for Olivia includes a July 13 event at Sylvan Cellars, and on June 30, 8 a.m. to 3 p.m., Little John’s Lemonade Stand, a Lake Gage tradition started in 2012 to support children who have gone through cancer.

Downtown Angola shoppers can purchase Liv It Up and Lavender Lemon bath bombs at Sassafras and Sage, 65 S. Public Square. Fifty percent of all sales will go to the Stoy family. The Liv It Up bomb is teal, one of Olivia’s favorite colors, with a summer floral scent and lots of glitter. The Lavender Lemon features Angola High School colors, purple and gold. Sassafras and Sage is open 10 a.m. to 5 p.m. Wednesday through Saturday and will be open during the Angola block party.