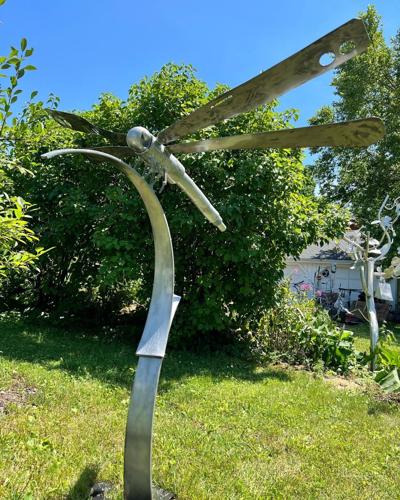 Dragon Wings by Sunday Mahaja is one of the fall sculptures coming to Angola. 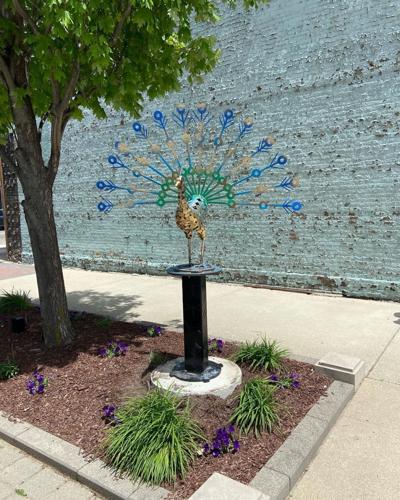 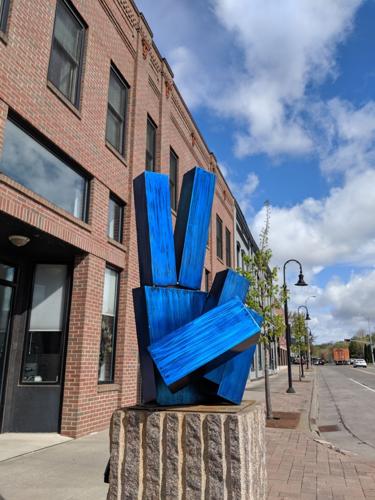 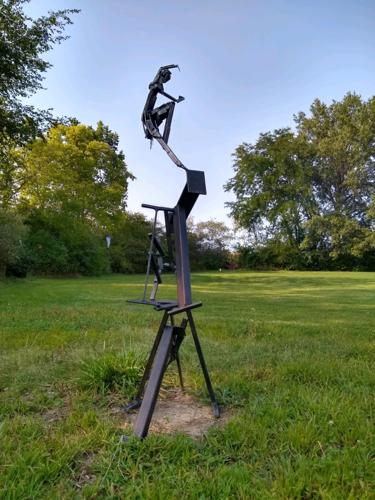 Dragon Wings by Sunday Mahaja is one of the fall sculptures coming to Angola.

Tentative installation date is Oct. 14. The council selected the sculptures based on the aesthetic considerations of how the artworks would fit in Angola’s colors in the fall. City officials also said they did not want the sculptures to be unintentionally damaged during the exhibit.

Once again, the Mendez brothers from Decatur were in the mix as was newcomer Sunday Mahaja.

The four winning sculptures are Royal Highness and Dragon Wings by Mahaja each approved by 80% of the council and Just a Little Peace by Alex Mendez approved by 70% of the voters and Balance Beams (30%) by Gregory Mendez.

The fourth sculpture that received most of the votes after Royal Highness and Dragon Wings is Mahaja’s Giraffe that got the approval of 60% of the voters. However, the council decided that it would be better to diversify the choice of the artists, and that was why Balance Beams was selected, Angola Director of Economic Development and Planning Jennifer Barclay said.

Barclay said Mahaja was a new participant of the selection process. His biography submitted to the city says that Mahaja was born in Nigeria and came to Goshen College to study art.

According to Mahaja’s biography his main focus, originally was painting with acrylics but he fell in love with metal sculpture in his junior year. Sunday’s biography says that his art is inspired by “what he sees, his life experiences and the challenge of breathing life into discarded metal.”

Over the recent years Mahaja’s solo exhibitions were in Warsaw, Elkhart and Goshen, and he has also received several awards in Indiana and in neighboring states. In 2021 alone he received five art awards.

Alex Mendez began his sculpting journey in a small town in northeast Indiana, but his work spans from North Dakota to Georgia, and Florida to New Hampshire. Alex has a never-ending supply of hope that is matched only by his talent for sculpting metal into beautiful art, reads his biography.

Gregory Mendez was born and raised in Decatur, and graduated with a bachelor’s of art in sculpture from St. Francis School of Creative Arts in Fort Wayne. His biography submitted to the city reads that Mendez also participates in community development by promoting public art on the local level.

“My sculptures depict figures in motion that are classical in form and modern through technique. The figures consist of welded layers of steel that represent the elements of art,” reads his artist statement.

The Angola Arts Council voted on 11 art pieces submitted by three artists. Mahaja submitted five projects, Alex Mendez submitted four and Gregory Mendez submitted one. The 11th sculpture named Con Altura, was made by Joel Lara. The city has also selected two alternative choices if the nominated sculptures are not available. The alternatives are Happy Flyer by Mahaja (with 30% of the vote) and Prosper by Alex Mendez (10%).

The four winning sculptures will be used as a replacement for the previous works. Two were recently removed — the sculpture of the sunflower was broken, and one more was picked up because the artist was due, said Barclay.

The deadline for the artists who wanted to exhibit their work in Angola downtown in fall 2022 was Sept. 5 and priority was given to the outdoor sculptures that have “visual appeal to all ages,” reads the city’s call to artists.

Mayor Richard Hickman was present at the meeting, and said that when sculptures project proposal was first brought up to him, he thought that the local community was too conservative for this type of venture, and the undertaking would receive bad feedback, but much of his feedback has been positive.

“[It’s] a great addition to our community,” said Hickman.