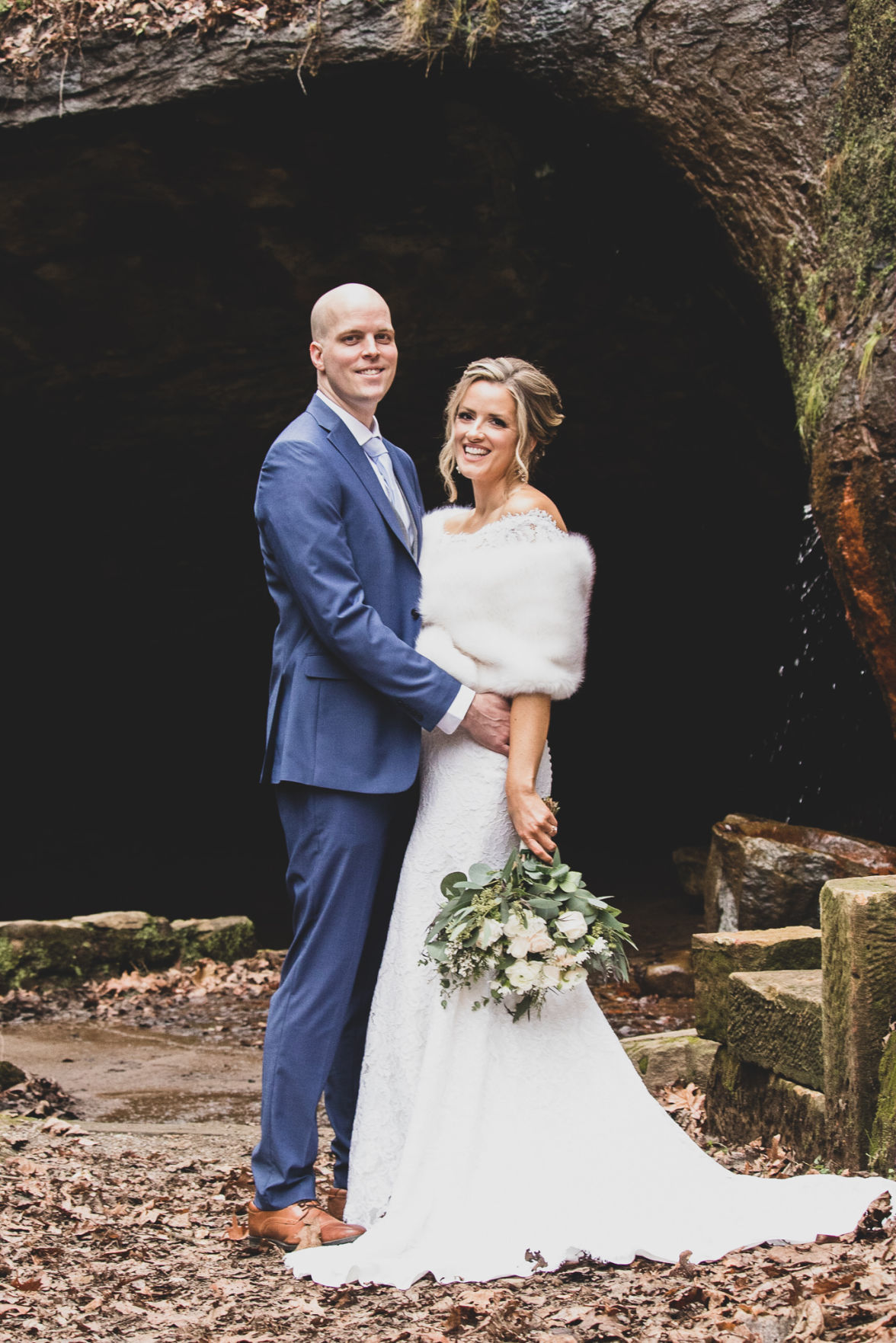 Married in November, Chris and Haley Okuley are living life to the fullest. 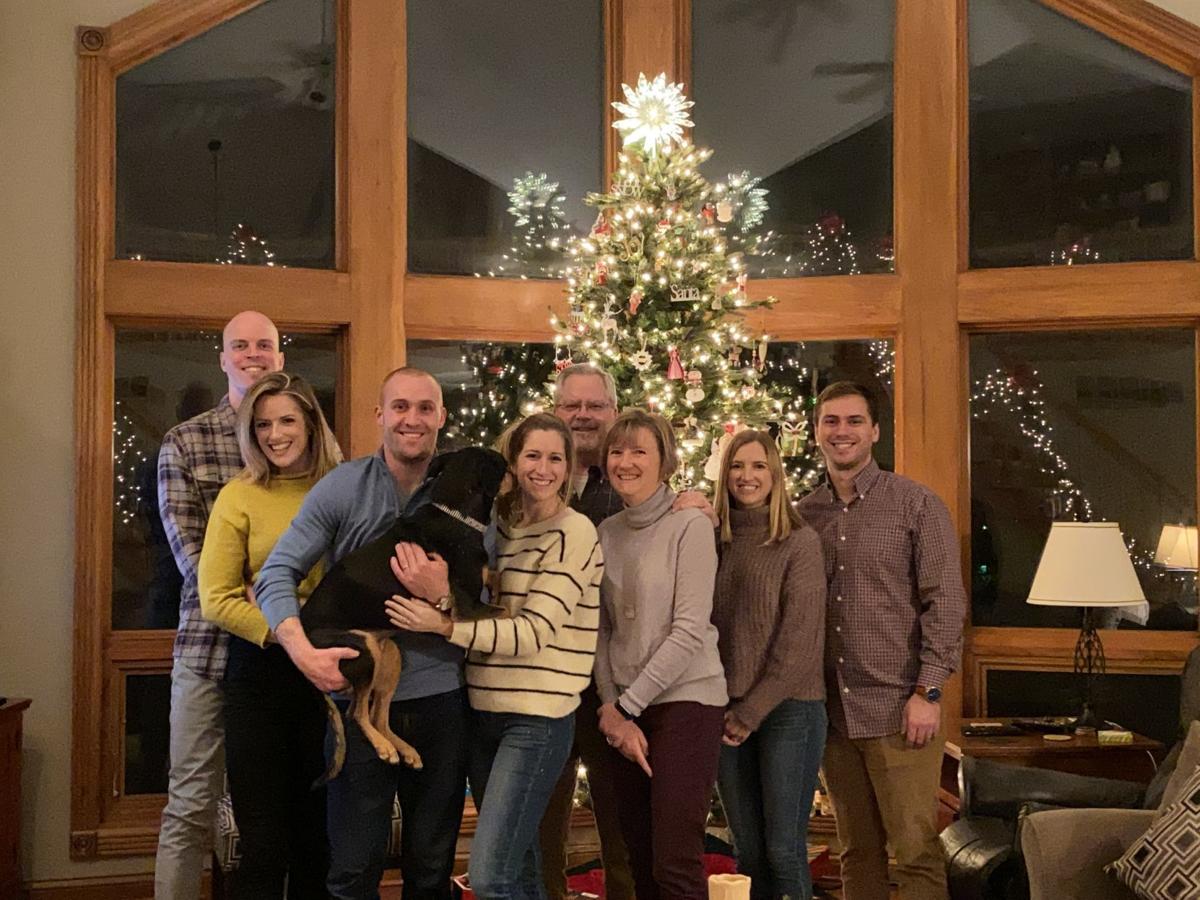 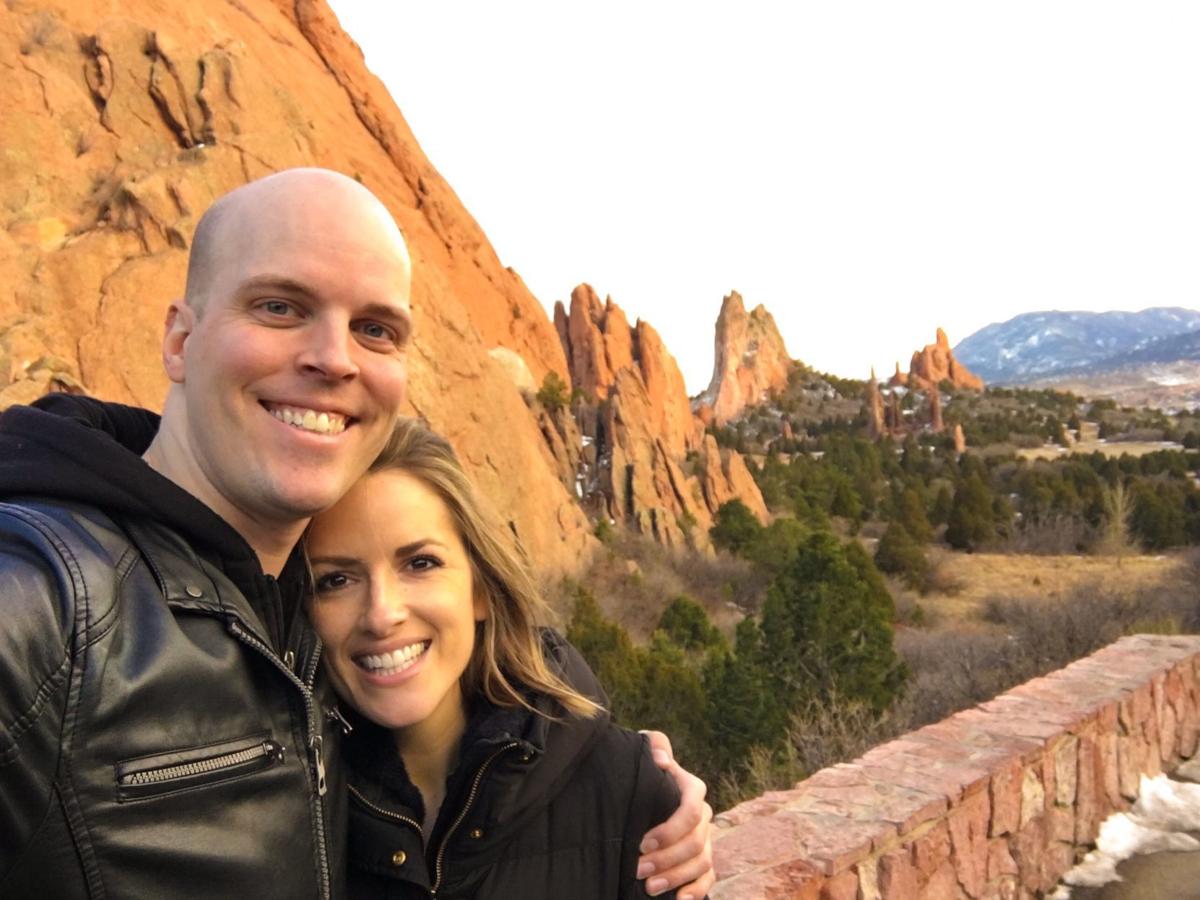 Traveling to Colorado, Chris and Haley Okuley pose for a selfie at Garden of the Gods. 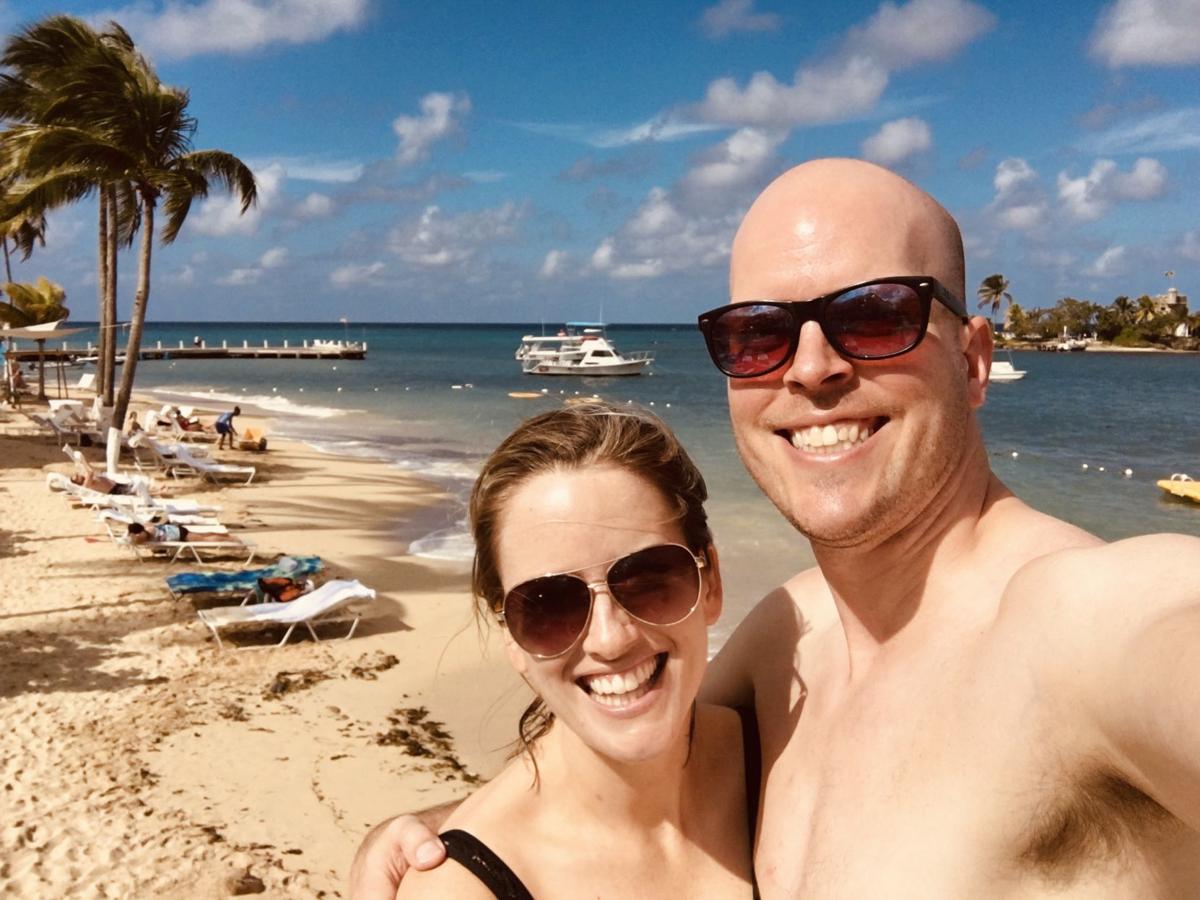 Haley and Chris Okuley spent their honeymoon in Jamaica and, with permission from her doctors, Haley got to scuba dive. 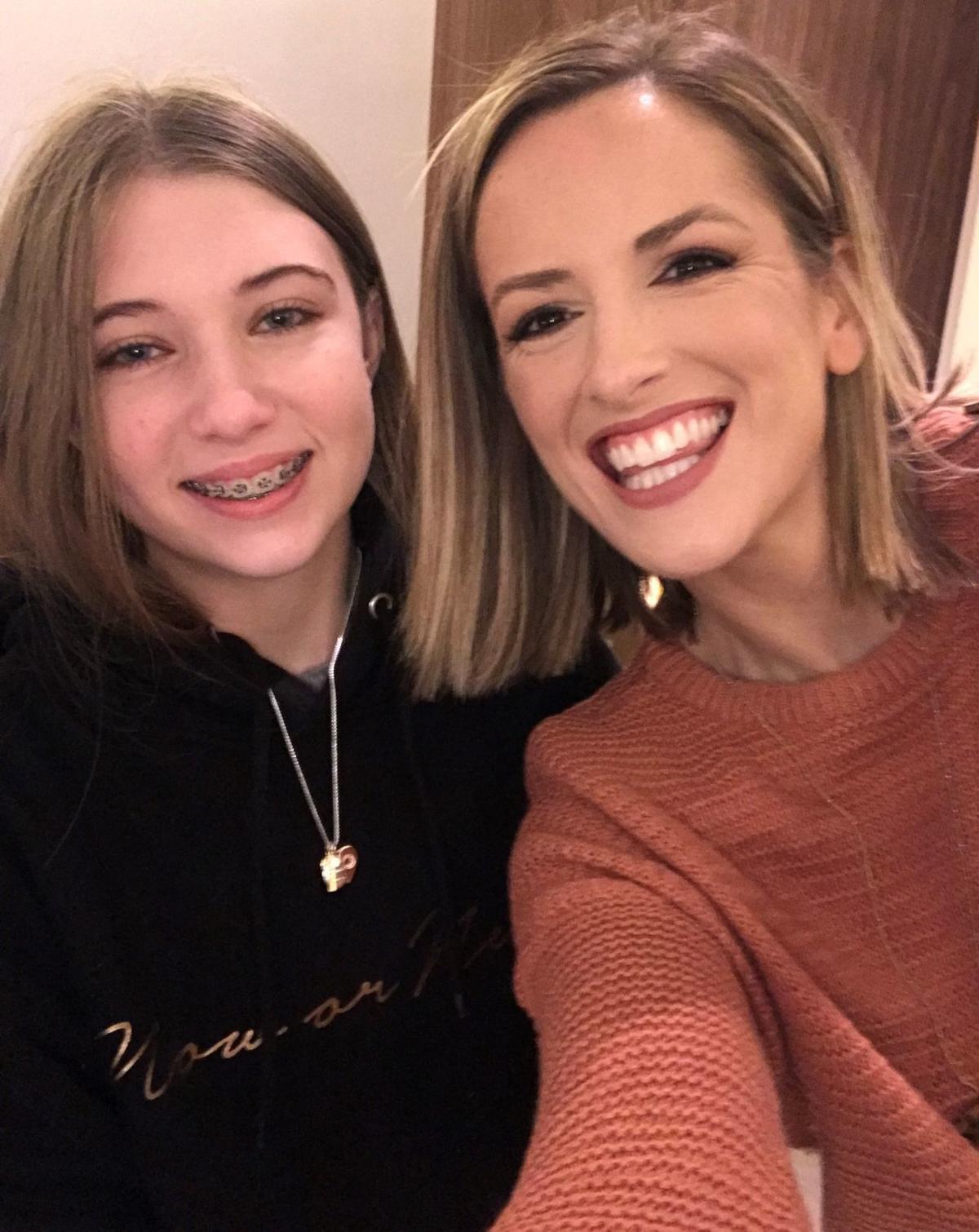 After the Today show, Haley takes a selfie with her donor’s daughter, Lexi, whom she met for the first time in person on the show. 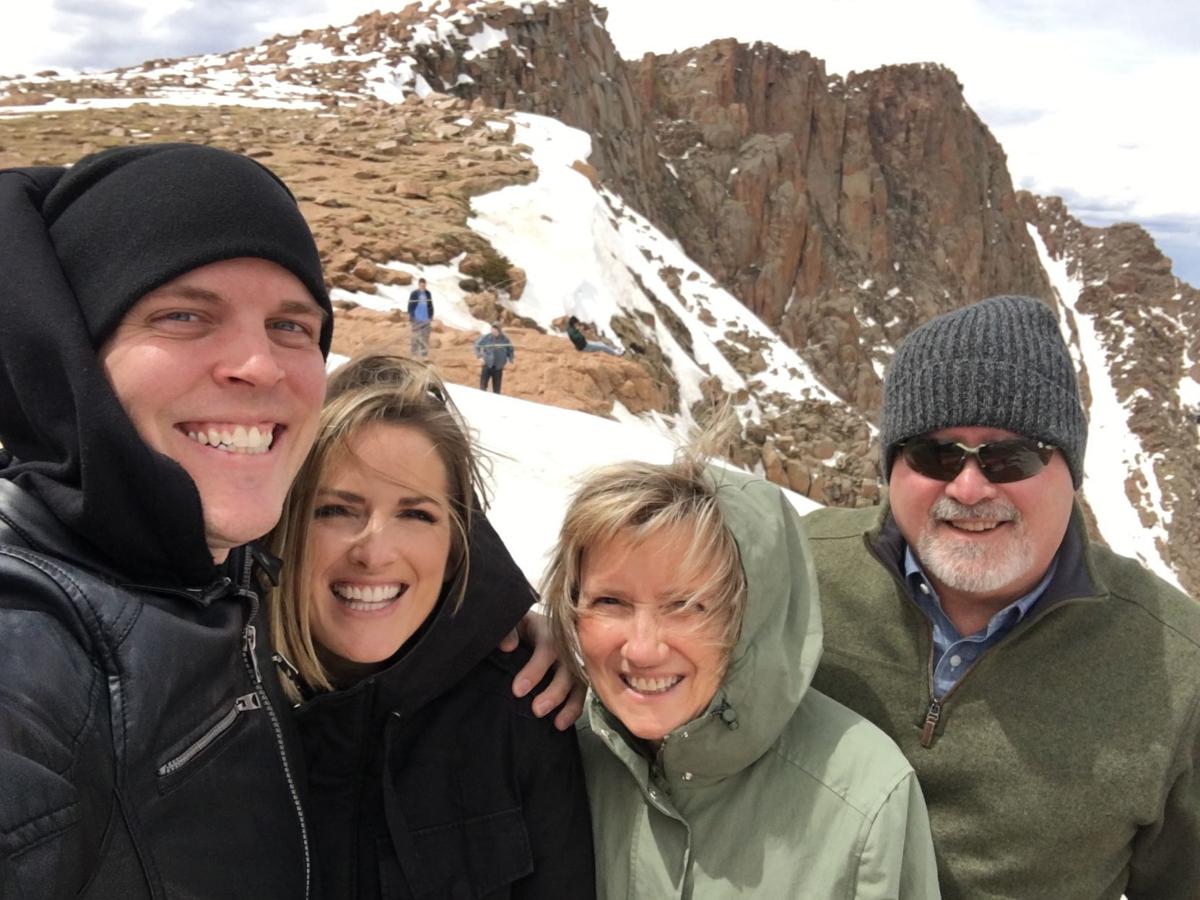 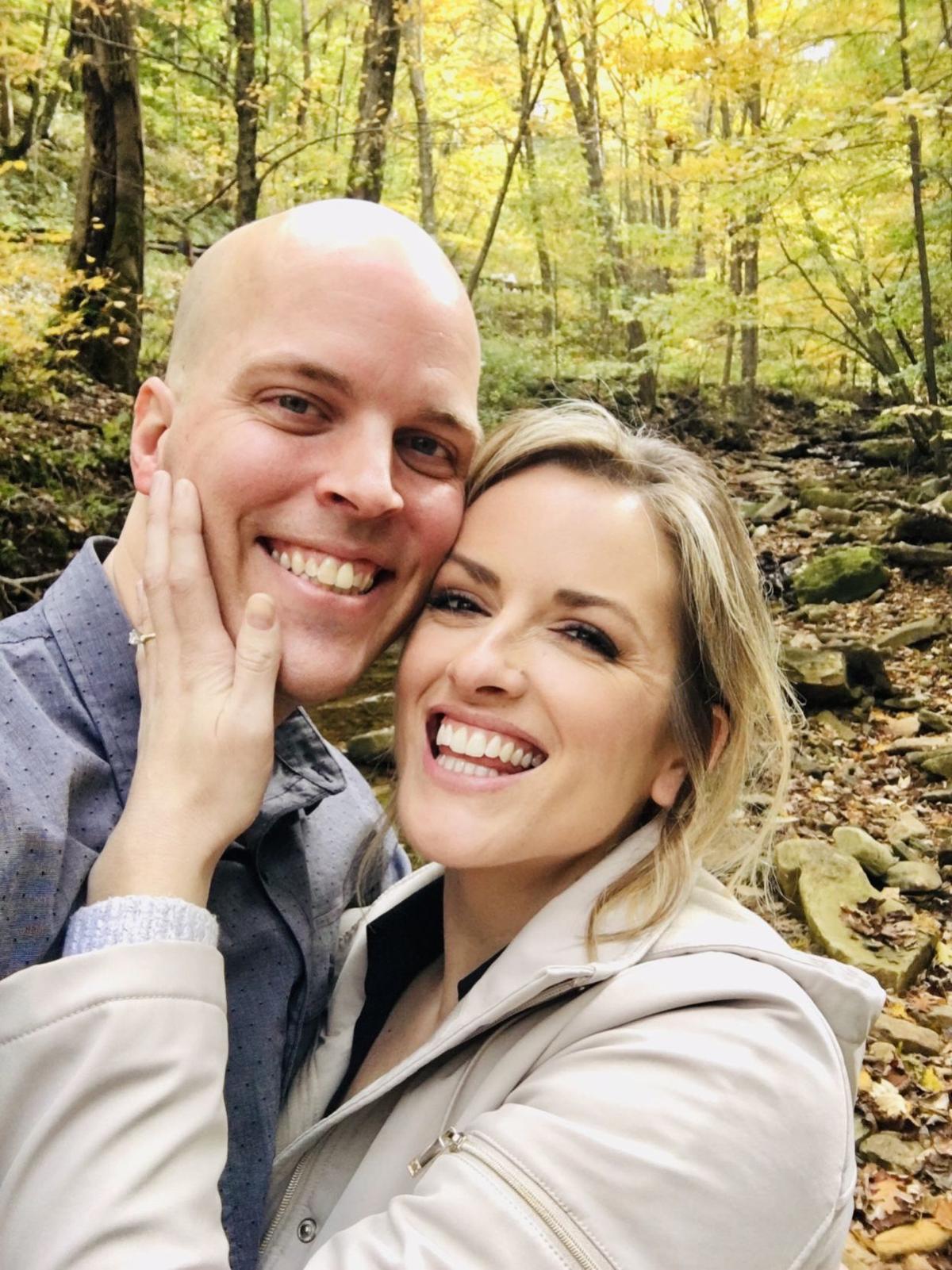 Chris and Haley now reside in Pittsburg. Haley once thought she’d never be able to live away from her Indianapolis transplant team but has overcome that hurdle. 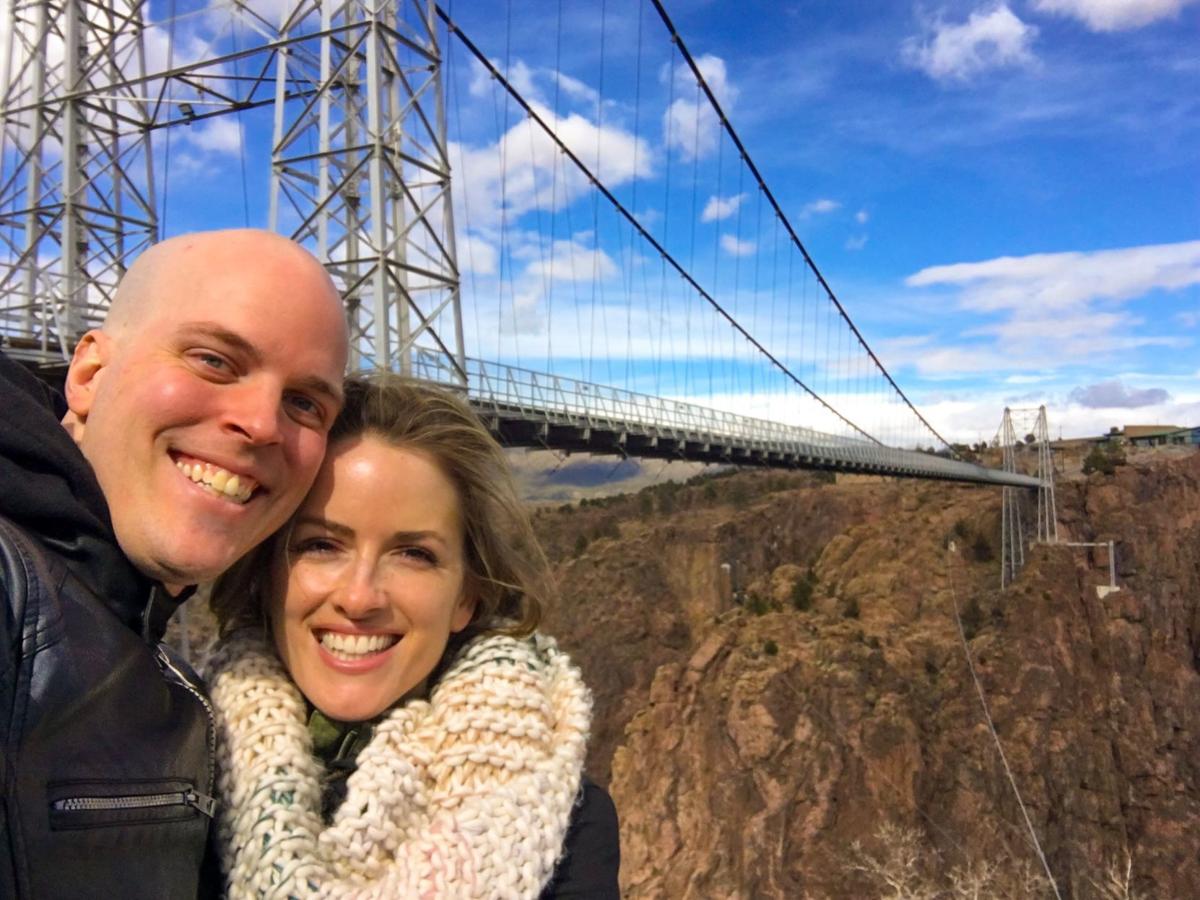 Visiting the Royal Gorge Suspension Bridge in Colorado, Chris and Haley stop for a photo.

Married in November, Chris and Haley Okuley are living life to the fullest.

Traveling to Colorado, Chris and Haley Okuley pose for a selfie at Garden of the Gods.

Haley and Chris Okuley spent their honeymoon in Jamaica and, with permission from her doctors, Haley got to scuba dive.

After the Today show, Haley takes a selfie with her donor’s daughter, Lexi, whom she met for the first time in person on the show.

Chris and Haley now reside in Pittsburg. Haley once thought she’d never be able to live away from her Indianapolis transplant team but has overcome that hurdle.

Visiting the Royal Gorge Suspension Bridge in Colorado, Chris and Haley stop for a photo.

PITTSBURG — Unless you saw the scars on her torso or the medications she took every day, most people would never know Haley (Hodgen) Okuley received a five-organ transplant almost five years ago.

Okuley, a native of Big Long Lake and a Prairie Heights High School graduate, now lives and works in Pittsburg, with her husband, Chris.

Living so far from the transplant center in Indianapolis that did her surgery five years ago this fall is just one of the many things Okuley has done that she never dreamed possible when all of her medical trials and tribulations began.

She’s also been able to meet the family of the young woman that donated the organs that saved her life, allowing her to do all of the things she never thought possible.

That first meeting? It was nationally televised on “The Today Show” in what Okuley called a “really special moment.”

After the catastrophic clot that destroyed 18 feet of her small intestine, Haley was diagnosed with myeloproliferative disorder, a disease that causes the production of too many blood cells and results in blood clots.

Myeloproliferative disease affects five in every one million people.

After the transplant, Haley had to stay close to her transplant team in Indianapolis.

“At one point, she thought she was never leaving Indianapolis,” said her husband, Chris Okuley. “So for her to be able to move away was a huge step and speaks volumes about how well along she is in her recovery.”

Just eight months after her transplant, Haley said she was back to working full time, something she’s been able to do ever since.

“I’ve been able to travel again,” she said. “I met Chris when he was living in Colorado Springs and we dated long distance for a long time.”

The two did trips back and forth to see one another at least once a month for almost a year while dating.

To be able to do that, she said, showed how much health she has regained.

She took a job in Pittsburg shortly before she and Chris tied the knot in November. He also works in Pittsburg as a military recruiter.

“We have a very normal life now,” Haley said.

She will forever see transplant doctors for any medical care, but she said she has doctors in Pennsylvania that work with her transplant team from IU Health and follow her care closely.

“If you didn’t look at her scar and see her medications daily, you’d never know Haley’s a transplant patient,” said Chris. “She goes through life completely normal now. You’d think nothing of it.”

At one time, Haley didn’t think she’d live to see the age of 30 or get married.

“She’s made 30 just fine, got married and now the needle is pointing toward her living a long life, not like she has her days counting down,” Chris said.

After Chris and Haley got married, they took a honeymoon trip to Jamaica, just one of the milestone travel moments Haley’s experienced post-transplant.

“Scuba diving in Jamaica was a real milestone moment,” she said. “Being able to go was something I never thought I would ever get to do. I did it perfectly fine, no issues. I loved it and my doctors approved it.”

With Chris’s help, Haley has also been able to slowly reintroduce foods into her diet that she didn’t know if she’d ever eat again, like fruit.

“Chris has really helped me experiment with my diet and expand it to the point I feel like I can live a very normal life,” she said. “I can go to restaurants and find something to eat, travel. That part has been a miracle. I even introduced fruit this year which has been unbelievable. And aged cheeses have been amazing.”

After transplant, her diet was very limited, with Haley living on around 12 foods for about three years. Those foods were simple things like eggs, bread, plain meats like chicken or deli meat and crackers.

“I basically had to have food everywhere I went to make sure I could eat and maintain my weight,” she said. “So much has opened up and I feel like I have so much more freedom.”

Even her parents told Chris it was a big deal to hand off the torch, so to speak, of Haley’s care, but so far her health continues to do better and better.

About three months after the transplant, the first of many letters with the donor family were exchanged.

From there, the relationship evolved onto social media, where Haley said they could have more frequent contact with each other.

The donor was a young woman named Alicia. Her daughter, Lexi and her mother, Rebecca, have stayed in contact and finally met recently on The Today Show.

“It’s been cool to follow Lexi (on social media) and get to know her personality through that social media lens,” Haley said. “She seems like such a fun kid, a prankster. She’s always pranking her grandma. I like to see what they’re doing and I know they like seeing me do so well.”

They never imagined the first time meeting face-to-face would be on national television.

In September, the story was pitched to The Today Show by representatives from IU Hope.

Though meeting her donor family wasn’t a first for the show, the meeting was the first for a five-organ recipient.

“They really wanted to do one with a five-organ recipient,” she said. “I think someone reached out to a public relations rep at IU with my story and they said that’s the one.”

When the call came asking to share her story with external media, she thought it would be with a few television networks in Indianapolis. The Today Show hadn’t even crossed her mind.

“Five minutes after calling, they called back saying Today was very interested,” she said.

Leading up to the television show date at the end of January, Haley said she would receive phone calls for photos or to clarify different parts of her timeline.

“It was really quite a process,” she said.

A last-minute decision made it possible for her parents, Bill and Sandy Hodgen, to be in the interview after she met Rebecca and Lexi in person on the show.

Her husband, Chris, was also there as were his parents.

“If you watch the Today clip, you’ll hear Rebecca say Haley is the reason people should donate,” Chris said. “Their family gets the overwhelming big impact of that choice.”

Haley and her family are forever grateful for Rebecca’s daughter, Alicia, and the choice to be an organ donor.

“It’s something so often overlooked,” he said. “You go to the BMV (bureau of motor vehicles) and don’t think much of it, but putting a face to the need makes it much more real.”

Chris continued, saying he could never go to the BMV and say no if they’d put pictures of real people in front of him, saying those people lost the chance to live without donors.

He and his brother talked after the show aired about how it is such a powerful thing. They grew up not hearing much about organ donation. Now, as a family, they’re all about putting the awareness out there because maybe, if the public knew more about it and saw the results, the majority would be donors.

“From a support standpoint for family member standing by a loved one going through transplant, just hang on,” Chris said. “Don’t give up hope that the person can turn a corner.”

Going through her medical journey, Haley said she really learned about the importance of being your own medical advocate in the healthcare system.

“Speak up and take your health into your own hands and learn about your conditions and medications so you can be an active participant in your treatment,” she said.

Body has to adapt

Any transplant is major surgery, requiring the body to adapt to having the gift from another person’s body.

“It’s kind of an unnatural thing,” Haley said. “Lots of complications can come, but small tweaks in your healthcare regiment can make a difference in the long-term.”

She’s had to make those tweaks in her own care, with her doctor’s help, but tweaks to diet and medication have gotten her to where she feels “really good.”

“I want to express gratitude for my community back home in Indiana,” she said. “For how much support they gave me, my family through it all. It was unbelievable the things people did for me, people that didn’t even know me or my family. We were floored and still talk about it to this day.”

People held fundraisers, mowed the lawn at her parents home on Big Long Lake, walked the dog while they were in Indianapolis with Haley and sent countless cards, letters and donations.

“It was unbelievable and really helped us pull through as a family,” she said. “I want to say thank you to everyone.”