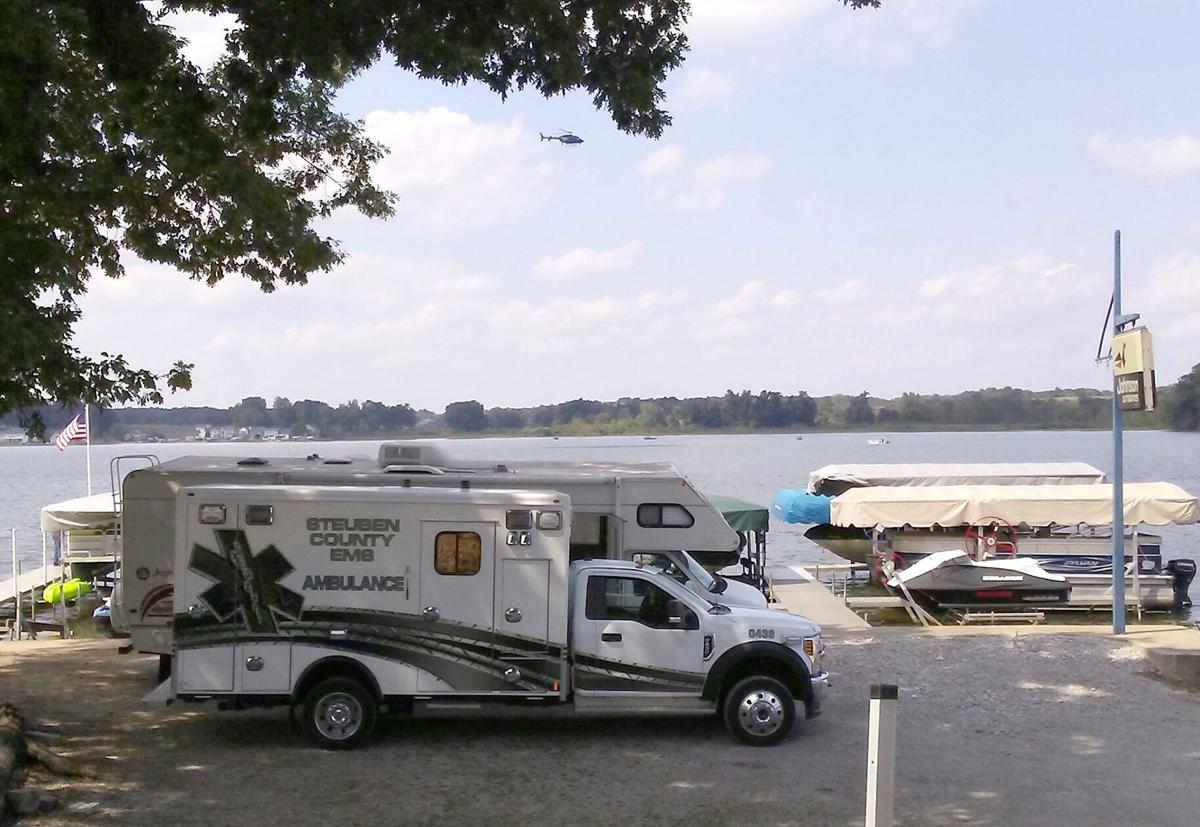 As Indiana Department of Natural Resources Conservation officers and other emergency personnel from Steuben County search Hamilton Lake for a missing 18-year-old from Ohio, a helicopter flies over as a Steuben County Emergency Medical Service ambulance stands at the ready on the northeast side of Hamilton Lake at Clark’s Landing Marina on Aug. 23. The body of Mason Shuey, Ottawa, Ohio, was located at about 9:23 p.m. Aug. 23. He went missing at about midnight on Aug. 22. 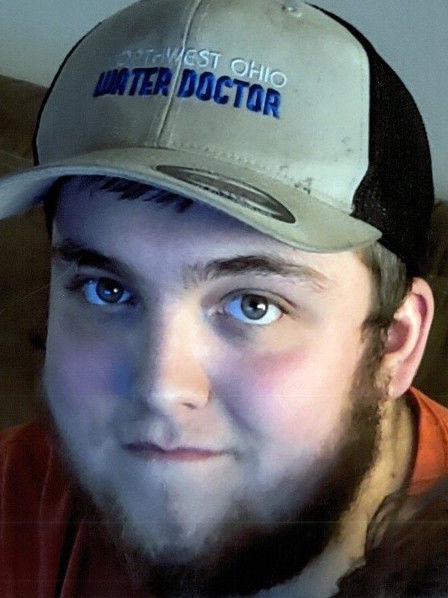 HAMILTON — Juvenile charges are going to be filed in connection with a drowning that occurred at Hamilton Lake in August, claiming the life of an 18-year-old man from Ohio.

At about midnight Aug. 22, Mason Shuey, 18, Ottawa, Ohio, lost his grip of the swim platform of a Supra ski boat he was being pulled from. He and two others were passengers in the boat, driven by a 17-year-old boy from Ottawa, Ohio. The others in the boat were a girl, 17, and another boy, 14.

All except the driver were in various states of intoxication, say documents from the Indiana Department of Natural Resources Division of Law Enforcement. Shuey reportedly was under the influence of marijuana, the DNR report says, and was quite intoxicated, the youths told officers. Steuben County Coroner Rodney Snyder said Shuey had a blood alcohol content of 0.101%, which is above the legal limit of 0.08 to drive.

The driver is being charged with the adult equivalent of failure to report a boating accident resulting in death, which would be a Level 5 felony; obstruction of justice, a Level 6 felony; false informing, a Class B misdemeanor; and transportation of alcohol by a minor, a Class C misdemeanor.

The other two juveniles face obstruction of justice, false informing and minor consuming an alcoholic beverage, a Class C misdemeanor.

It wasn’t until Nov. 18 that investigators with the DNR were finally provided with accurate information about what happened on the night of Aug. 22 and early morning of Aug. 23, say documents obtained by KPC Media Group through a public records request.

The three minors involved were interviewed with signed permission of and in the presence of their parents.

Interviews with the minors involved in the incident indicated three of those riding in the boat took turns being pulled slowly in the water as they held onto the swim platform at the boat’s stern late at night.

The DNR’s exhaustive reports said Shuey and the 14-year-old boy had been hanging on to the swim platform, being pulled through the water at a slow speed when he looked to his side and noticed Shuey was no longer there.

The boy cried out to the driver of the boat, and the three spent a couple hours on the lake, looking for their friend. A witness on shore and another, a fisherman out on the lake, told investigators they heard the youths quarreling over their predicament.

After they ran the boat out of gas, the three were able to make their way back to the family cottage at about 3 a.m. At about 7 a.m., two of the youths took a personal watercraft back out on the lake to try to find Shuey, to no avail.

Eventually the youths told the mother of the boat driver that their friend had gone missing and authorities were called at about 8 a.m. Aug. 23. Shuey was not seen again until he was found by another boater at about 9 p.m. on Aug. 23. Conservation officers and other law enforcement and emergency personnel spent the day searching for Shuey. The search had been called for the day when a boater spotted the body and called authorities.

Originally the youths told investigators that Shuey had been urinating off the back of the boat and then disappeared, unbeknownst to the others in the boat. They said they didn’t see him disappear because their heads were turned to give him privacy. The girl involved in the incident changed her story in her November interview and the other two recanted shortly thereafter.

After adjudication, the youths will probably be turned over to Ohio authorities for their disposition, Musser said.

It was the second of three drowning incidents in 2020 on Steuben County’s lakes. There were two fatalities from the three drownings. The first was on June 25 on Lake James when an Illinois man was swimming after a boat then went under the water and was quickly pulled from the lake but was unable to be revived. In October, a Pleasant Lake man survived a drowning incident at Gooseneck Lake.