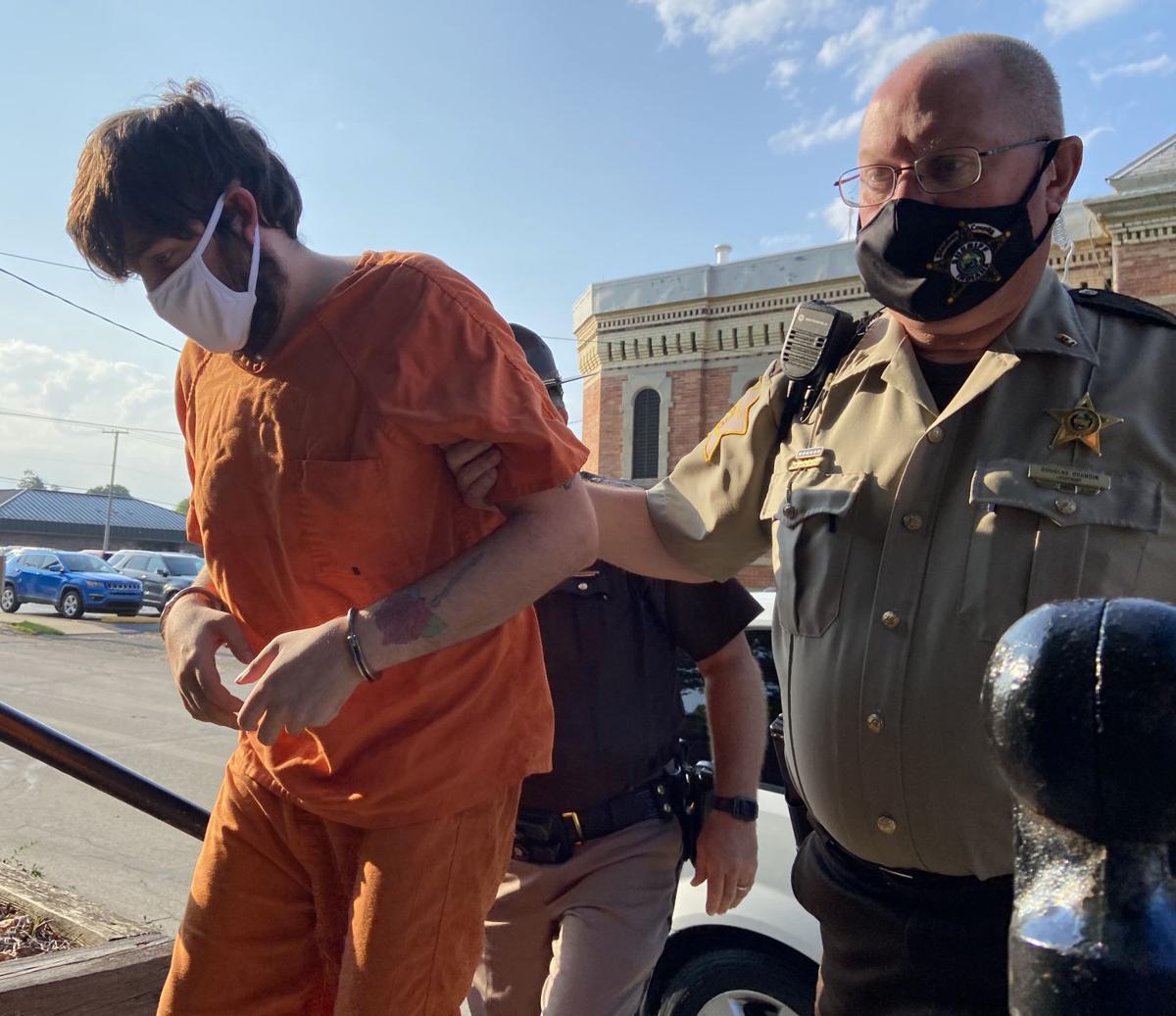 Matthew R. Hoover, Anderson, is led into the Steuben County Courthouse by Jailer Doug Grandin to attend his initial hearing on a charge of murdering Wilma Ball, 82, Lake James, on Thursday morning. Hoover allegedly stabbed Ball to death sometime between June 22 and June 23 in her home. 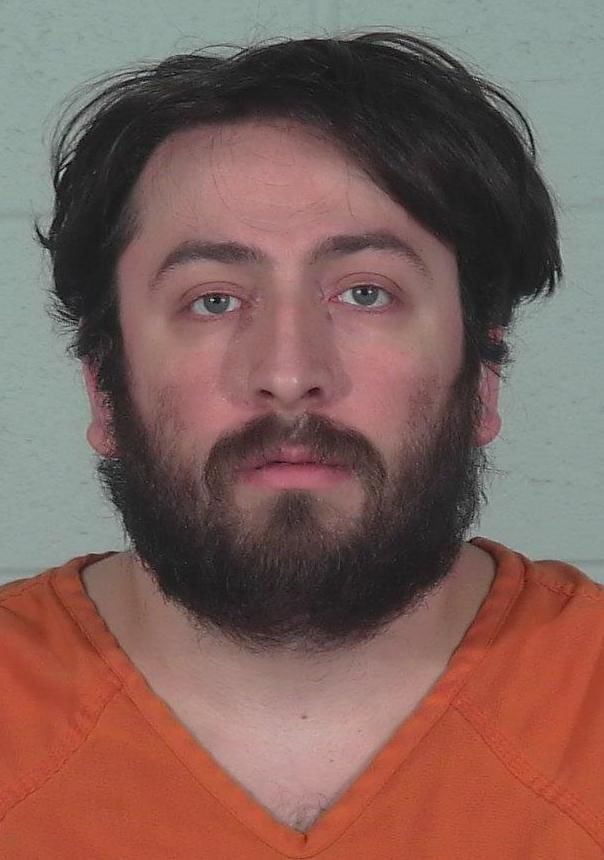 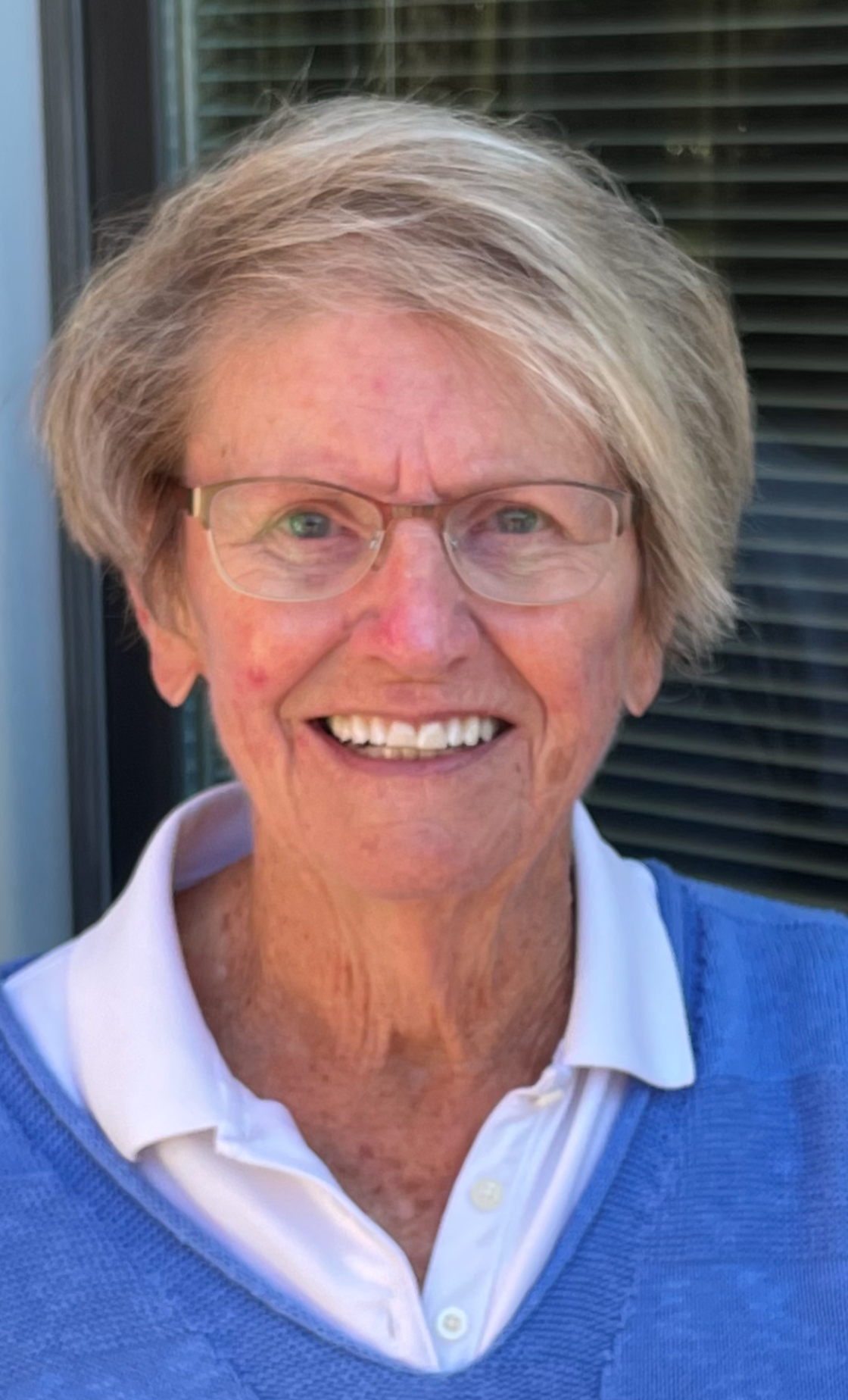 Matthew R. Hoover, Anderson, is led into the Steuben County Courthouse by Jailer Doug Grandin to attend his initial hearing on a charge of murdering Wilma Ball, 82, Lake James, on Thursday morning. Hoover allegedly stabbed Ball to death sometime between June 22 and June 23 in her home.

ANGOLA — An Anderson man has been arrested on a preliminary charge of the murder of Wilma Ball, 82, Lake James.

Hoover was arrested at about 4:30 p.m. in Anderson after confessing to the crime to Steuben County Sheriff’s Office Detective 1st Sgt. Chris Emerick. Mrs. Ball was found dead on June 23 by friends.

During an initial hearing Thursday morning in Steuben Circuit Court, Prosecutor Jeremy Musser put Emerick on the stand to make the case that Hoover be held without bail, to which Judge Allen Wheat agreed.

“Did he confess to killing Wilma Ball?” Musser asked.

“Yes he did,” Emerick responded.

Hoover allegedly stabbed Mrs. Ball in the neck twice, with the potentially fatal wound being a stab that was some 3 inches deep, an autopsy revealed. Court records did not say what Hoover allegedly used to stab Mrs. Ball. Because the case is still under investigation, Emerick would not say what was used. Autopsy details filed in court indicated it may have been a knife.

The confession was made while Hoover was being questioned at the Anderson Police Department on Wednesday afternoon. Details of that interview were not completely spelled out in charging documents filed in court. In fact, the document said Hoover denied killing Mrs. Ball and said he didn’t even know her, other than to wave at her when the two crossed paths outdoors.

Hoover told Emerick he had never been in the Ball residence, though he was tied to being inside from his DNA that was discovered on beer cans police found in the home. He allegedly made entry to the home by going through a garage window. Emerick took a DNA sample from Hoover on July 1 in Anderson.

Hoover was a former neighbor of Mrs. Ball on Lane 200E Lake James, who was found dead in her home on the afternoon of June 23. It is believed she was killed sometime between June 22 and June 23, Emerick said in court. Details from the autopsy that were filed in court did not indicate a time of death.

Mrs. Ball was found by two of her friends who arrived at her home to check on her well being after she didn’t show up for their morning golf game. Mrs. Ball was quite athletic, her step-daughter Jennifer Fahlsing said.

Hoover had been living with his brother across the lane from the Ball residence. Hoover’s brother, Noah, told police that he believed his brother might have had something to do with the murder because he quit his job and abruptly left town in a truck he stole from their parents on the day Mrs. Ball was discovered, court records say.

In his initial hearing, Hoover told Wheat that he wanted to represent himself in the legal proceedings then eventually accepted the representation of public defender Benjamin Nordmann.

Hoover is facing 45-65 years in prison if he’s found guilty. Wheat set a Nov. 29-Dec. 3 trial date. Hoover will next be in court for a status hearing on Sept. 27. A final pretrial conference is set for Oct. 18.

Hoover’s arrest brings to a close a period of uneasiness in the tight-nit community in the Red Sand Beach-Glen Eden Springs area of Lake James where Mrs. Ball lived. In the weeks since the murder, neighbors were worried that a killer might be on the loose and willing to strike again.

In the days following the incident, the Sheriff’s Office reached out to the public to seek information about the homicide.

The investigation is still ongoing and additional criminal charges may be sought. Based on information contained in the charging documents filed in court, another crime that’s sexual in nature also may have occurred. Mrs. Ball wasn’t wearing any pants when she was found and a rape investigation was conducted, but the results were not included in court records.

Assisting the Sheriff’s Office with the apprehension of Hoover were the Indiana State Police and Anderson Police.