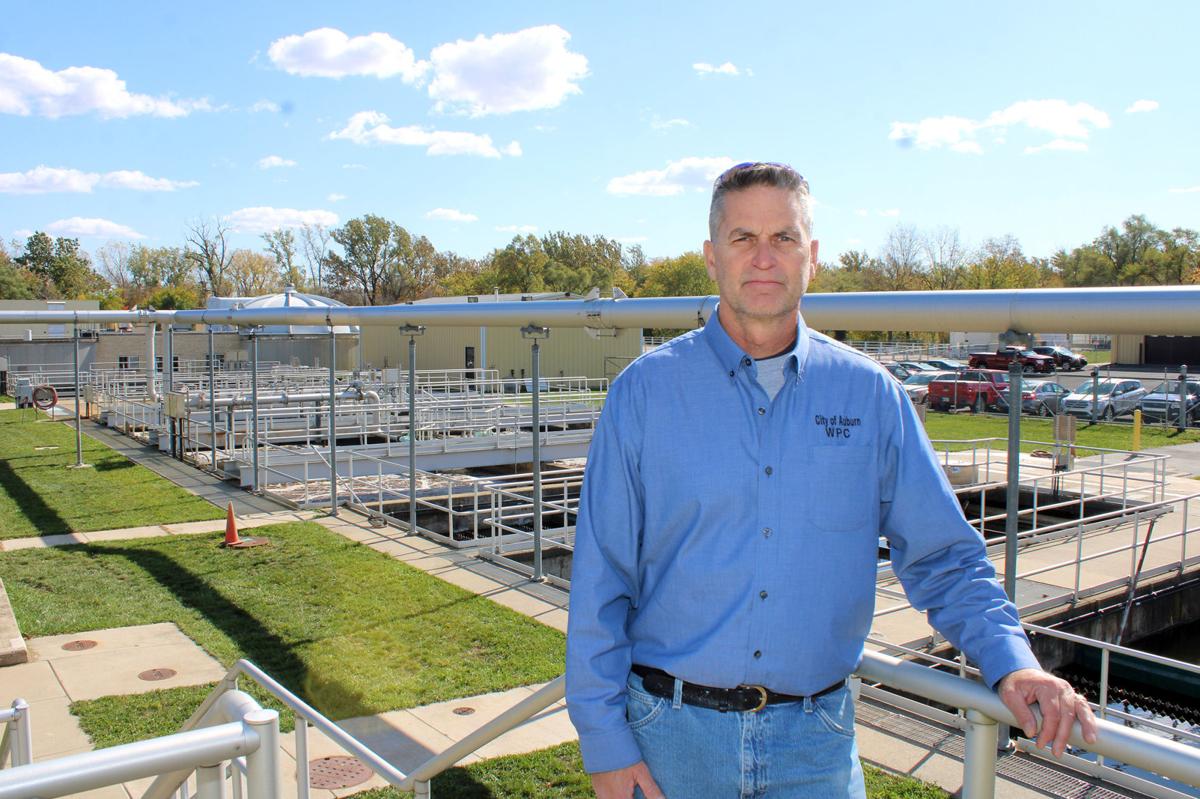 Drew Wallace, water pollution control program coordinator for the City of Auburn, is pictured at the city’s wastewater treatment plant. 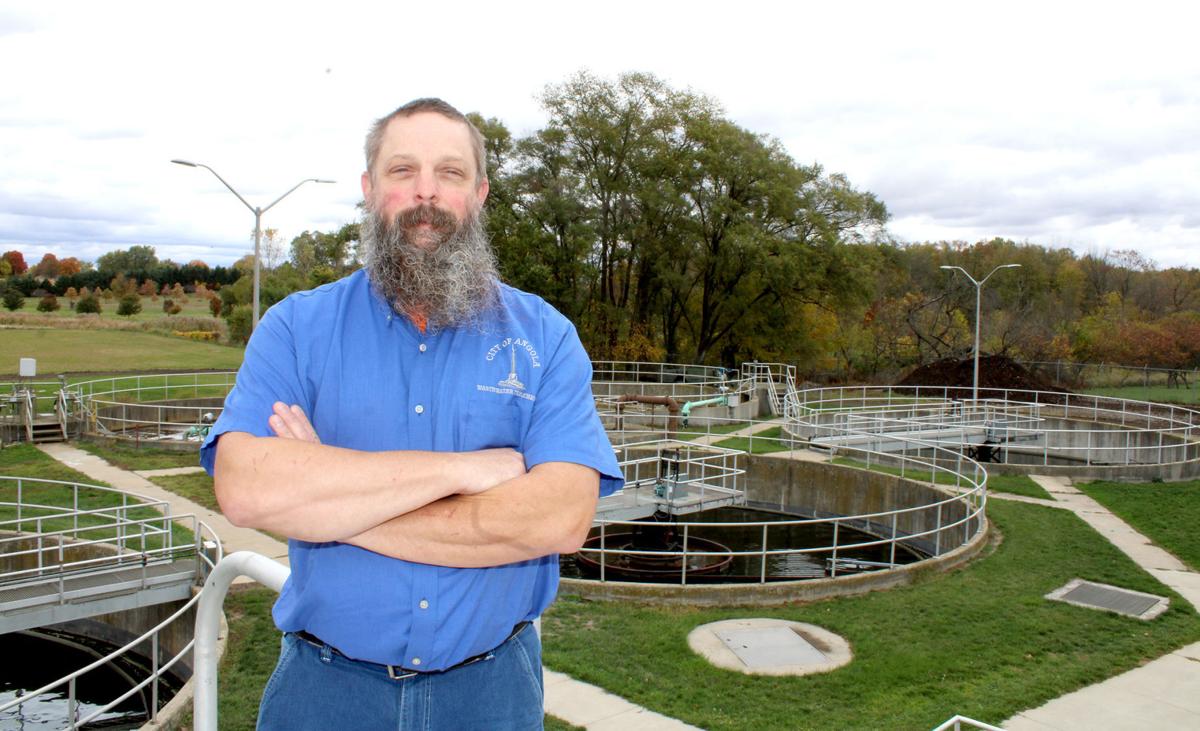 Craig Williams, wastewater superintendent for the city of Angola, is pictured at the city’s wastewater treatment plant. 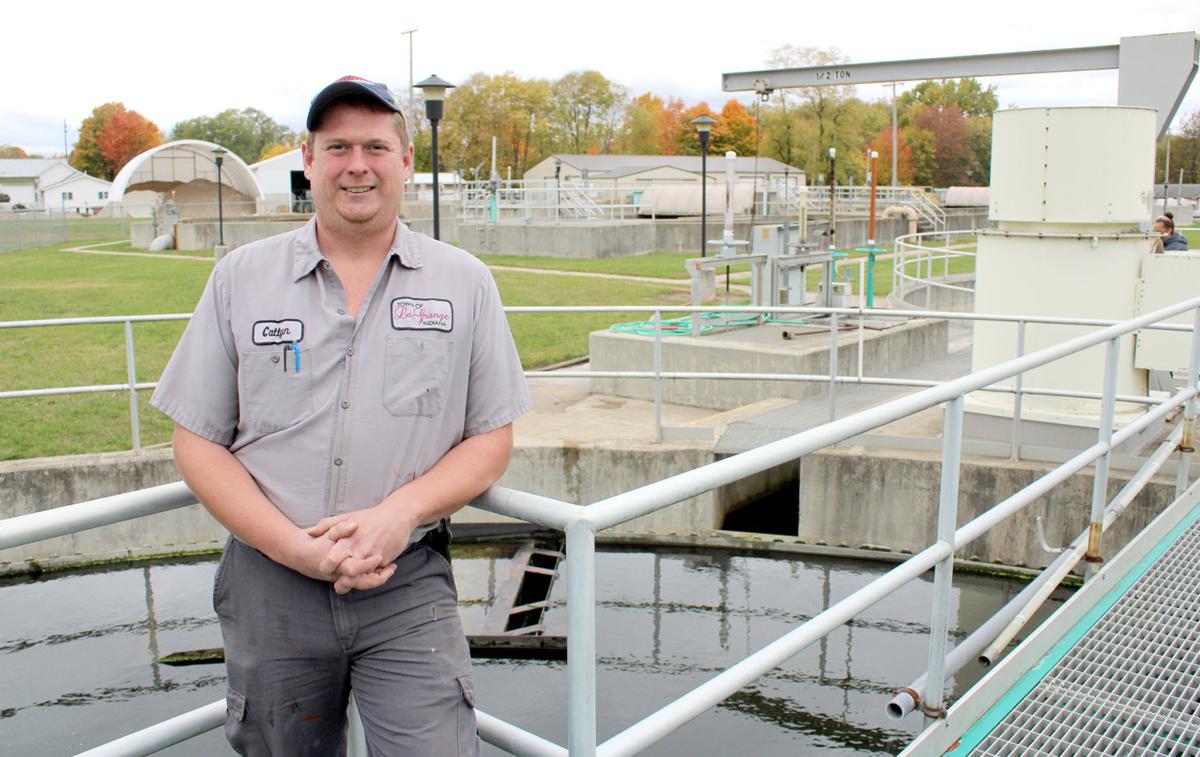 Catlyn Helmuth, wastewater superintendent for the Town of LaGrange, is pictured at the town’s wastewater treatment plant.

Drew Wallace, water pollution control program coordinator for the City of Auburn, is pictured at the city’s wastewater treatment plant.

Craig Williams, wastewater superintendent for the city of Angola, is pictured at the city’s wastewater treatment plant.

Catlyn Helmuth, wastewater superintendent for the Town of LaGrange, is pictured at the town’s wastewater treatment plant.

Wastewater treatment facilities in communities big and small continue to fight debris, hygiene products and grease that is making its way through sewer systems across the United States.

One of the biggest issues is personal hygiene wipes, which are marketed as flushable.

Wastewater superintendents in the four county area say they continue to fight the battle against flushable wipes and other materials that are being discarded in municipalities wastewater systems.

As COVID-19 hit earlier this spring and toilet paper was at a premium area superintendents all issued some kind of community awareness piece about the dangers of the products.

Craig Williams, wastewater superintendent for the city of Angola, said they see a little relief from the products after community awareness pieces are circulated. But invariably people’s habits go back to what they were after time.

“I have been in this for 20 years, I think changing long term habits is extremely difficult,” Williams said.

LaGrange Wastewater Treatment Superintendent Catlyn Helmuth brought the issue to his town board earlier this month as he has again begun to see an increase in debris.

“People are treating their toilet like a trash can,” he said.

His department is seeing whole wash clothes being discarded through the sewer lines up to five times a week. He also continues to have an issue with flushable wipes.

Helmuth said, when he started with the department two and a half years ago they weren’t having the same issues.

Schultz said although his department hasn’t seen a large increase, they haven’t seen a decrease either.

Personal hygiene wipes marketed as flushable are just that they are flushable and are biodegradable, but they don’t break down as toilet tissue does when it enters the wastewater system.

Toilet tissue breaks down as it makes its way through the sewer system and to the wastewater treatment facility making it almost non-existent by the time it gets to the plant.

Dealing with the issue

Over the years wastewater departments around the country have learned how to deal with the issue to keep their systems up and running.

Schultz said the wipes can not only burn up lift station pumps they can also accumulate in sewer lines leaving homeowners with complications.

Drew Wallace, water pollution control program coordinator with the city of Auburn, said in a March article published on the city’s website that flushable wipes are one of the leading causes of malfunctioning lift station pumps.

“Flushing any type of paper towels or wipes down the toilet — even those that are labeled flushable or biodegradable — can lead to sewer backups, treatment plant issues and in-home plumbing clogs,” Wallace said in his report.

Helmuth said he has had to clean three lift stations just this week, as pumps were clogged with wipes and other debris.

Wastewater treatment facilities fight the issue with technology, weekly visual checks of the system and other monitoring practices.

When issues arise at any lift station or within the wastewater treatment facility itself superintendents and other employees are instantly warned so they can immediately rectify the situation.

“I have a talented crew that can read the information the pump stations are putting out,” Williams said. “Over the last 15 years we have made some huge improvements in being able to get to those problems before they happen.”

The city has also proactively upgraded its pumps and control panels over the last five to seven years.

Williams said newer technology pumps have impellers on them that are designed not to accumulate as many wipes.

It is the accumulation of disposable wipes and other debris on pump impellers that cause the biggest issues.

Wallace said the wipes, which don’t break down in the system get caught on the impellers causing them to overheat and shut down.

“These plugs cause unnecessary damage to the sewer system equipment, and could cause an environmentally-damaging sewage spill — and possibly a heavy fine by a state agency,” Wallace said in his report. “All of this is preventable with just a few simple actions.”

If wipes and debris make it through municipalities’ lift stations it is then caught in screens at wastewater facilities.

Helmuth said the screen at the LaGrange plant does a good job of catching the debris. That debris then has to be discarded in landfills.

Williams said the disposal of materials collected within the system costs’ municipalities additional dollars because it has to be disposed of in special landfills.

He believes a lot of people believe they are doing a good thing because they aren’t putting wipes in landfills, not understanding they don’t biodegrade in the system.

Helmuth and other superintendents say cooking grease can also be a big issue.

Grease hot or cold settles on pipes causing the diameter to shrink as it accumulates through time.

Helmuth admitted he didn’t think much about the issue until he began working at the plant.

Grease is to never be discarded through wastewater systems. When cleaning dishes it is advised to thoroughly wipe them off before washing them or putting them into a dishwasher.

Never pour Fats, Oils or Grease (FOG) down garbage disposals or sinks. Instead, allow it to cool and use a rubber scraper to remove these items from cookware, plates, utensils and cooking surfaces. Then place the grease in a sealed container, and dispose of it in the trash.

A buildup of grease can cause homeowners money out of their pocket because of clogs in their plumbing.

Wallace said when the Auburn department uses the camera in the lines, they see all of the taps that come into the city’s lines. They have seen taps that are nearly choked off because of FOG build-up.

What can be done

All of the superintendents agree that community education and awareness is the best course of action to stop the problem. The more the issue is reinforced to the public the more it becomes a habit.

Williams said if his department sees a huge issue in a selected area they will do targeted reminders mailing information to residents living within the selected area.

Helmuth came to his board this month looking for ideas and suggestions on how to get the word out.

He said in the coming year he is looking at potentially providing information during community festivals and events.

In Auburn Wallace said he is looking at meeting with local homeowners associations to share his information about the dangers of flushable wipes.