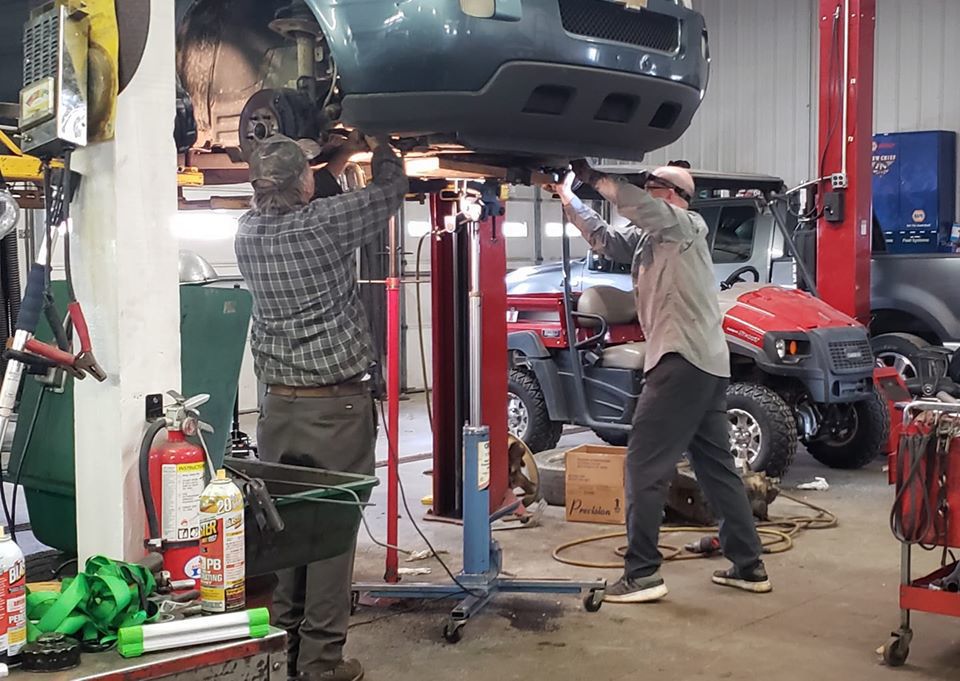 Randy Palmerton, left, works with his son, Gabe, on a vehicle at Fremont Tire and Oil, a new business open in Fremont taking new auto care customers and operated by Gabe. The shop is located at 307 W. Swager Drive, Fremont. 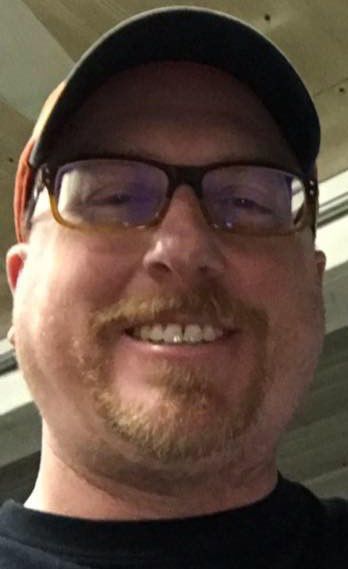 FREMONT — After spending more than a decade working a desk job doing mechanical design work in Houston, Gabe Palmerton decided it was time to move back to Fremont to re-open the family business.

In September, he and his wife Aimee, opened Fremont Tire and Oil in the same shop that Palmerton’s father, Randy, operated for years as Randy’s Trannys at 307 W. Swager Dr., Fremont.

“I really wanted to come back and help the community out and be with my dad,” Palmerton said. “It was time to move home, be close to Dad and it was kind of my birthright to have the shop.”

Randy said he’s glad to have his son back in the area and doing business in the same shop he did for so many years.

“He’s the fourth generation to do something like this,” Randy said about Gabe. “My granddad didn’t do a lot, but he worked as a parts man for McNaughton’s then my dad had the Shell station and I worked for him and Gabe did the same for me.”

Randy is enjoying working with his son again.

“I’m happy he made the decision to come back and open,” Randy said. “I missed running it and the customers I had.”

Gabe said a lot of the customers he’s seen so far have been new customers that Randy didn’t do work for in the past, but some of his father’s old clientele have started coming in as well.

While it is Gabe’s business, he said Randy comes out quite a bit to help, something he knew his father would do once he opened the doors to the shop again.

“Don’t let the name deceive you,” Gabe said of his business. “We do way more than just tires and oil.”

While they aren’t set up to do transmissions or rebuilding a full engine, Palmerton said they will rebuild rear ends.

They have the tools to reprogram tire sensors, as well, and the shop is more or less full service, Palmerton said.

For customers in Fremont that need a pickup or their vehicle dropped off, that’s an option offered by the shop.

To schedule an appointment at Fremont Tire and Oil, stop in the shop or call 495-3777. For more information on the business, follow on Facebook, https://bit.ly/2RkY7jr or visit the website, fremonttireandoil.com.