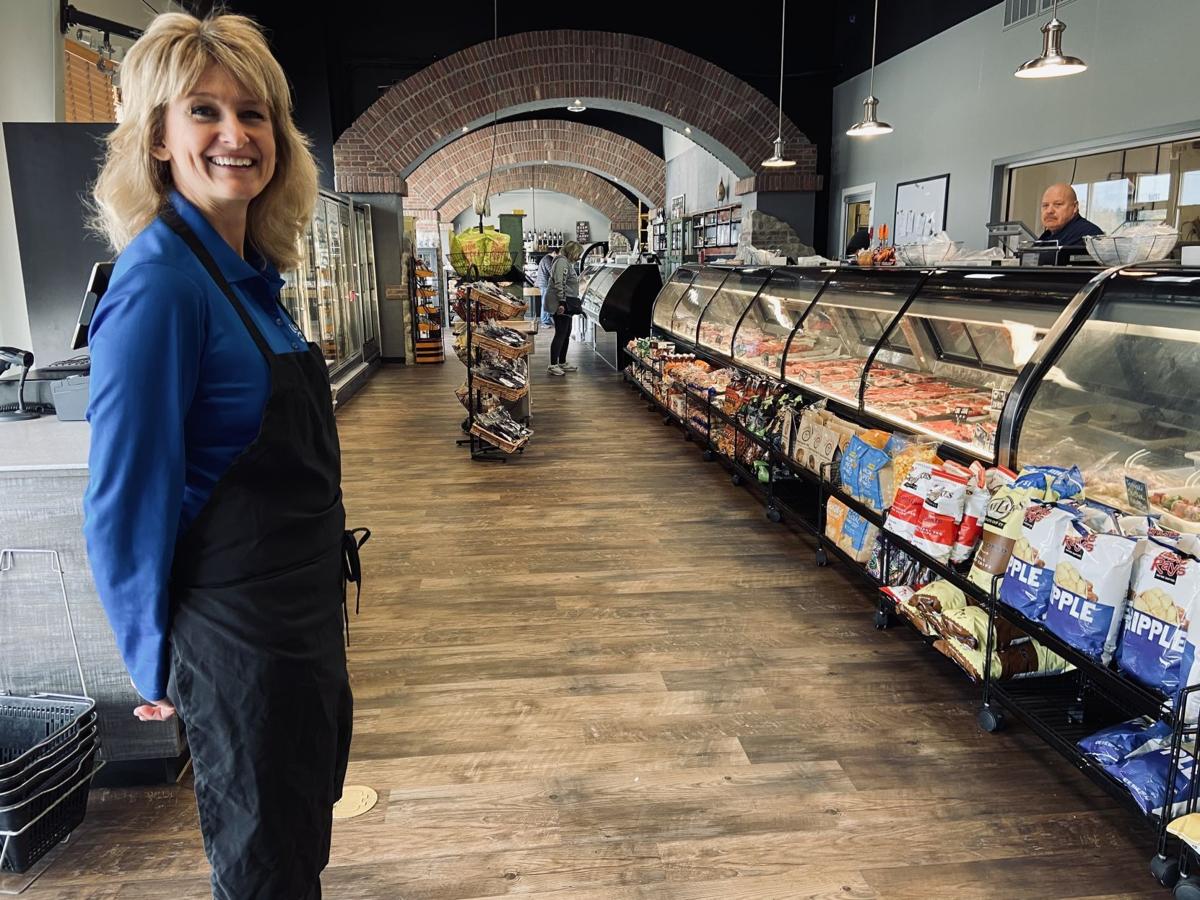 Charrissa Rager of Lakeside Meats stands in front of the expanded market, which has doubled in size. 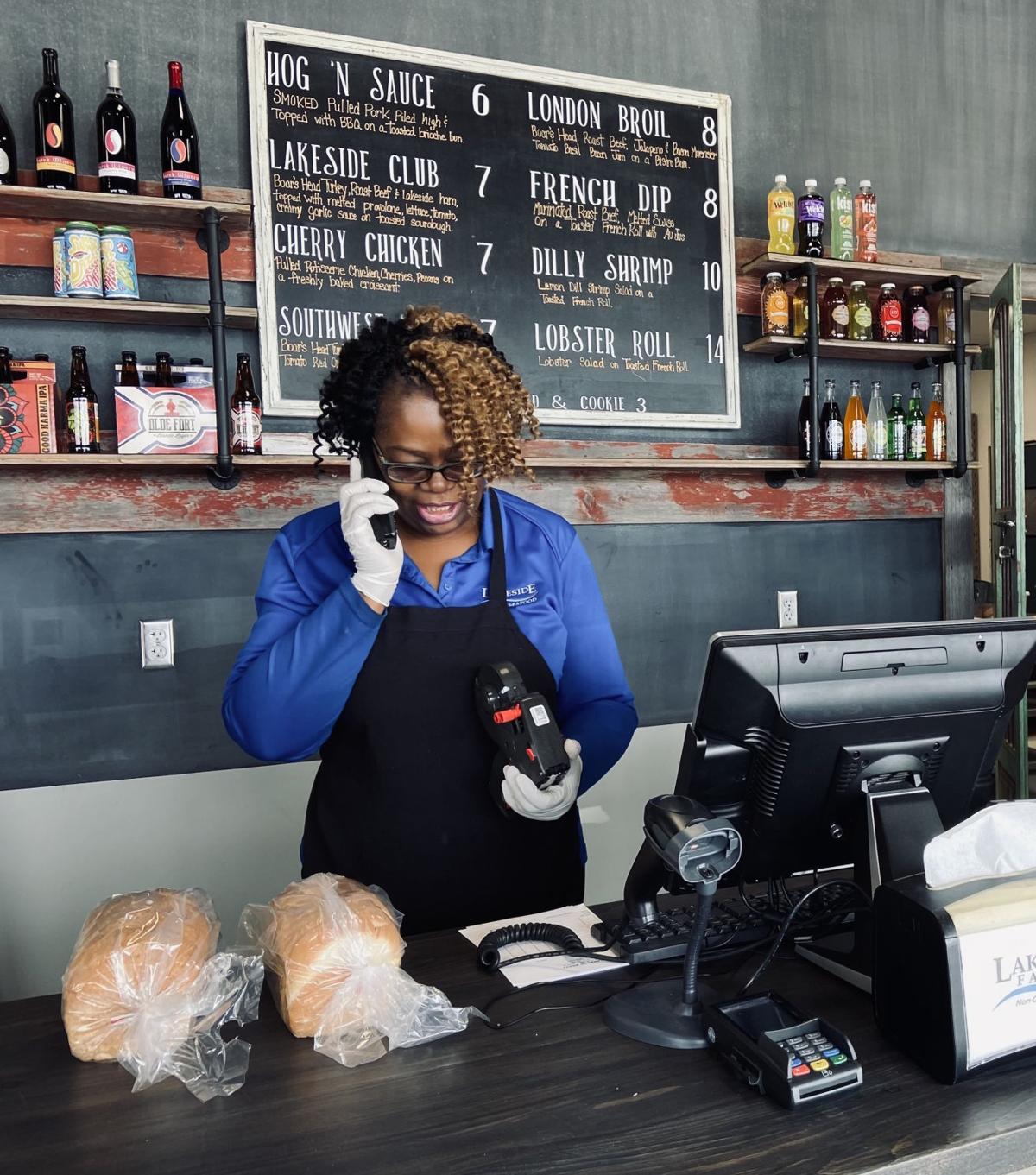 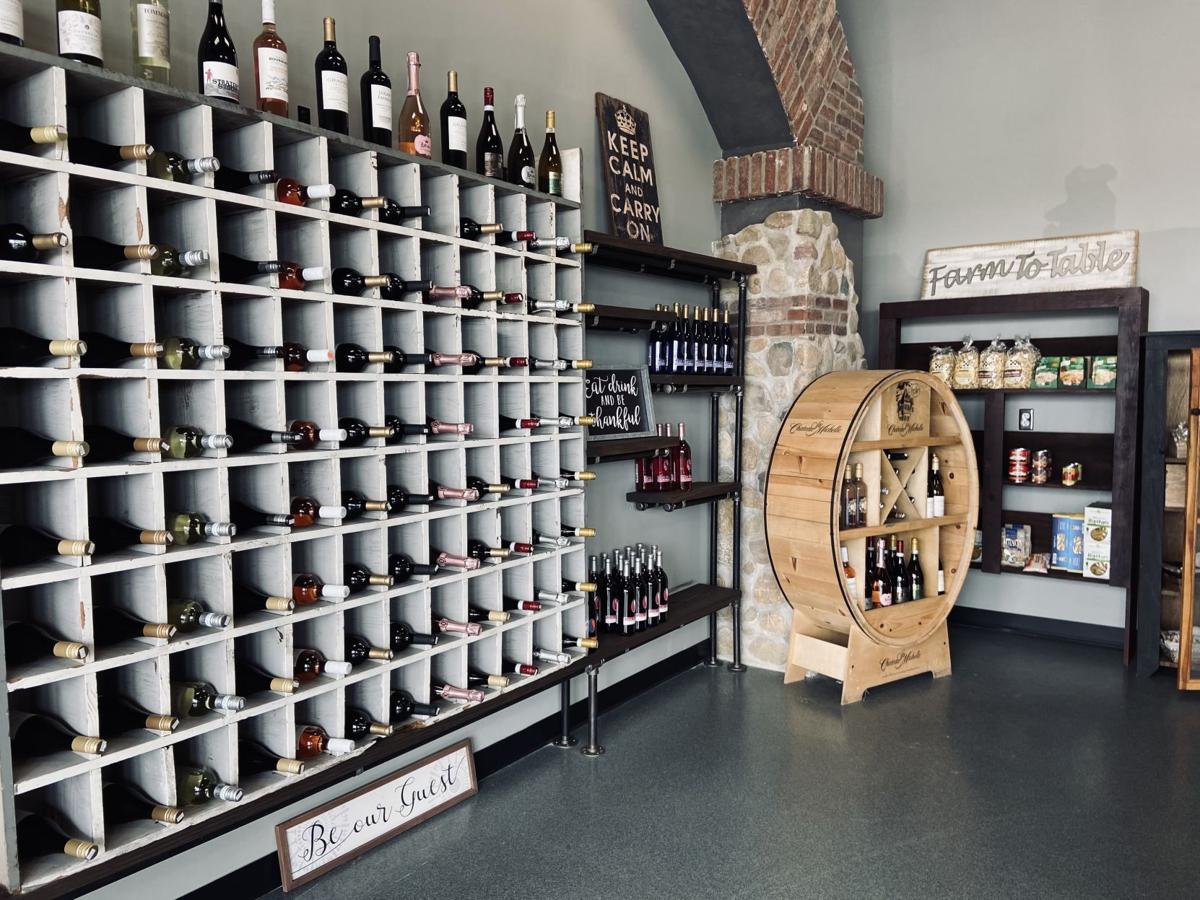 Pictured is the new wine display at Lakeside Meats, Angola.

Charrissa Rager of Lakeside Meats stands in front of the expanded market, which has doubled in size.

Pictured is the new wine display at Lakeside Meats, Angola.

The former Harger’s Meats, then Lakeside Farm Market and now Lakeside Meats, has doubled in size at its location at 1920 W. C.R. 200N, located between Crooked Lake and Lake James.

When Tasty Pizza moved out of the strip center where Lakeside now has about half of the space, Rager was eager to make the move to expand.

“I wanted to move into that area but I wanted to do it when this space was free,” she said.

Starting late last year, Charrissa and Trent Rager started their expansion that would take the store from 2,000 to 4,000-square-feet that’s in a busy location by the lakes.

It has allowed Lakeside to expand in ways that never would have been possible before, enabling them to not only add more meat selection, but expand their fresh seafood that’s flown in fresh regularly and provide meals. There’s also a wide selection of wines available, along with beer.

What the store offers is food you won’t find elsewhere and meat that’s raised locally.

“I try to bring in products you can’t find at the big box stores,” Charrissa Rager said. “I don’t think you’re going to find a farm-to-fork butcher shop.”

All of the locally sourced meat is non-raised on non-genetically modified feed. There’s even Wagu beef, the ultra-marbled meat that steak lovers crave.

Because of the demand for meat during the height of the COVID-19 pandemic, Rager increased Lakeside’s custom butchering, which was greatly expanded in the project.

“That’s one of the reasons I expanded — my custom work. I needed to make more room for my butchers,” Rager said. As one shops for steaks or roasts or other cuts of meat, you can see the butchers working away, trimming beef, for example, that’s on the rail.

But one of the big differences now is the ability to visit Lakeside and pick up an entire meal and take it home and put it on the table quickly. That’s due to their expansion of cooking ready-to-eat meals or take an reheat items.

“That’s what I wanted. You can come in and get a hot dinner and leave,” Rager said, talking about hot entrees and sides that are available.

The other option is picking up prepared items and warming them at home.

“All you’re doing is coming in and heating it up at home,” she said.

“You know how long it takes to bake a potato,” Rager asked rhetorically to point out the ease of her prepared items.

“I have people coming in just for the fish,” Rager said. “It’s a fresh offering that Steuben County doesn’t have.”

The expansion has also allowed for the growth in smoked fish.

“Getting that seafood case open allows me to offer smoked fish,” she said.

There are also new offerings such as some prepared foods, a grind-a-cup coffee bar, confections and even a bakery that offers everything from cookies to wedding cakes.

The decor has a decided Steuben County flavor. Field stone that adorns walls is from fields farmed by Lakeside. There are many items repurposed from a variety of sources. There are items from Amish barns. Wine barrels from Satek Winery are incorporated. There are many items sources from Remember When antiques. There’s a set of kitchen doors from Then & Now antiques. There’s a table top that used to be the poker table of famous nightclub owner the late Clark “Skip” Hamilton.

“I guess we sort of went vintage,” Rager said. “I wanted to create a unique destination shop.”

From yet another customer friendly standpoint, the new layout allows the store to flow much better, eliminating what had been a bottleneck in the original space. People wanting to pick up a lunch from 11 a.m. to 2 p.m. do so now at the west end of the store, not competing with customers at the east end buying meat and other food products. An additional register was added at the west end to also improve flow, and there’s now three entrances.

Every day for lunch there are eight regular items offered, including two of which are seafood, a dilly shrimp sandwich and lobster rolls.

The company has grown from seven employees to 20, which is expected to grow to 25 in the summer. A variety of special events are being planned, like cooking classes and wine tastings.

An open house is scheduled for Saturday, June 5, from noon to 6 p.m.