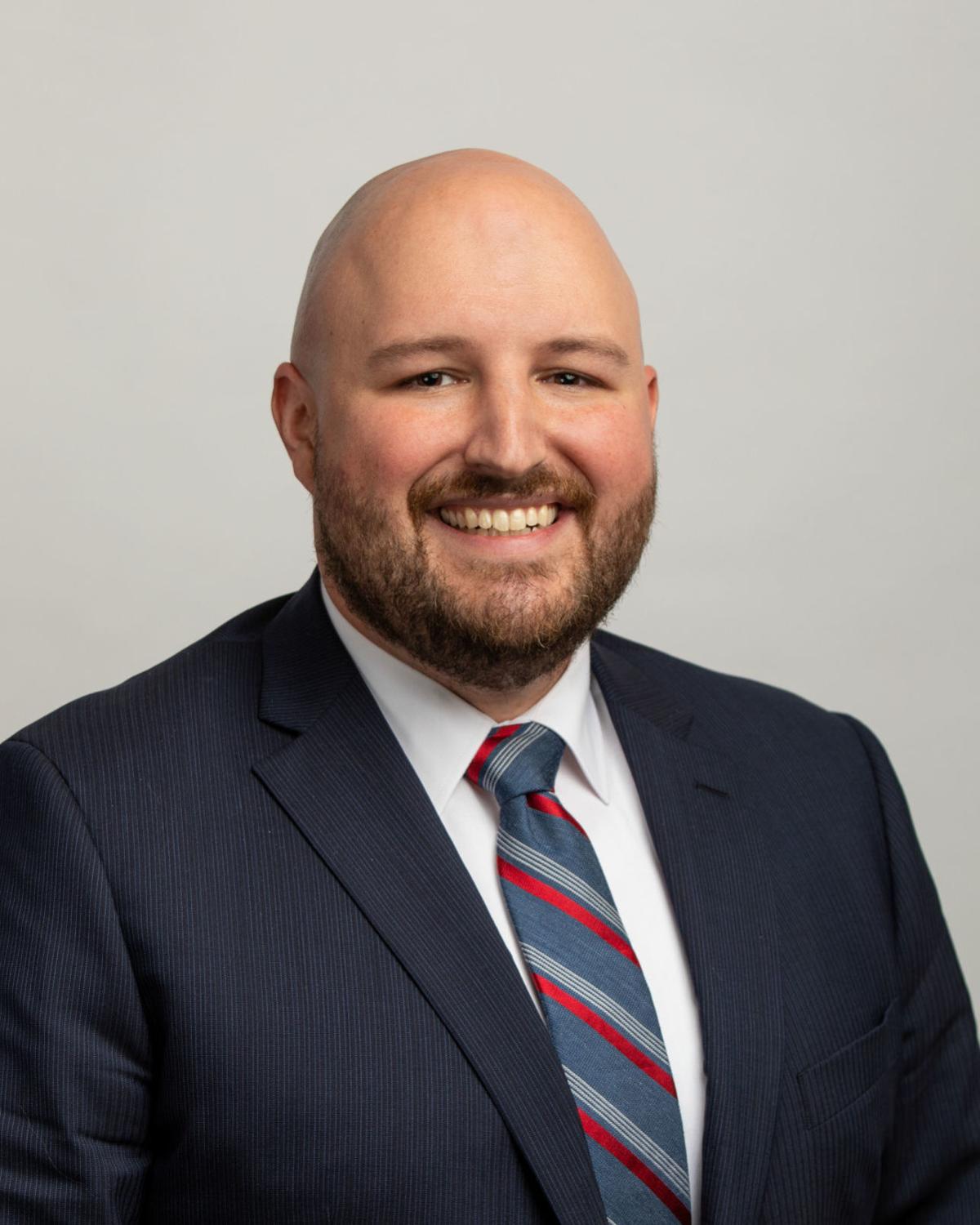 Patrick Jaicomo is an attorney with the Institute for Justice in Arlington, Virginia. 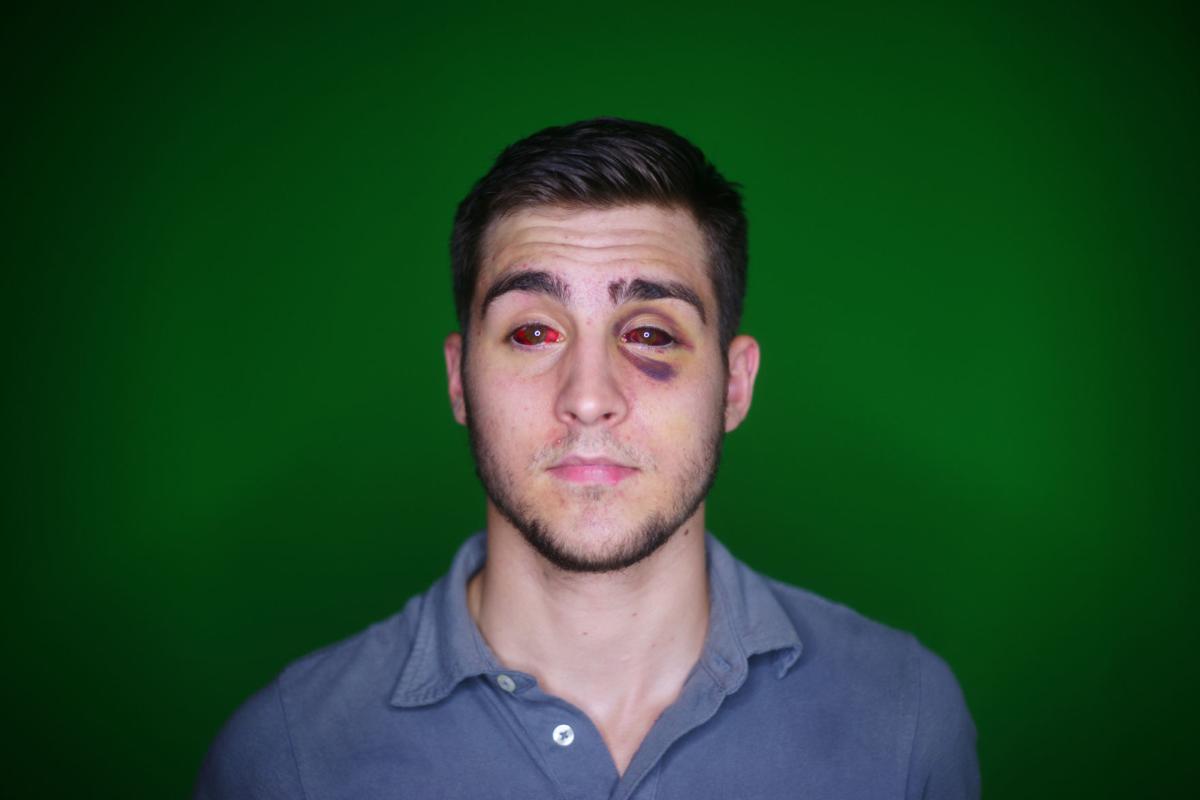 James King’s injuries are seen in this photo. 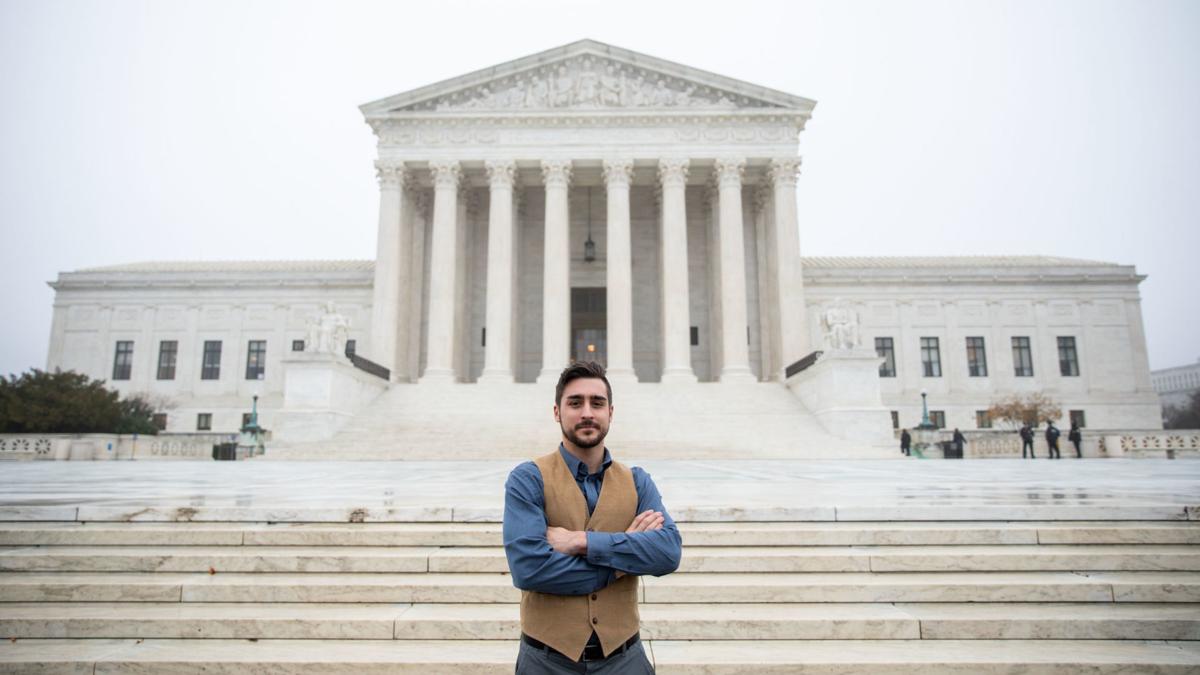 James King, battered by police in a mistaken-identity incident in Grand Rapids, Michigan, in July 2014, stands before the federal court building in Washington, D.C.

Patrick Jaicomo is an attorney with the Institute for Justice in Arlington, Virginia.

James King’s injuries are seen in this photo.

James King, battered by police in a mistaken-identity incident in Grand Rapids, Michigan, in July 2014, stands before the federal court building in Washington, D.C.

WASHINGTON, D.C. — A Fremont native will argue a police brutality case before the U.S. Supreme Court.

Patrick Jaicomo, 34, is a Fremont High School graduate who attended the University of Notre Dame and holds a law degree from the University of Chicago. He met James King in 2015 after a jury acquitted him of three felonies related to a beating he withstood from two law enforcement agents in Grand Rapids, Michigan.

Jaicomo and King will go before the nation’s highest court to challenge the legal precedents for police accountability.

“The whole point of this project, why James has been so courageous,” said Jaicomo, is to make the point that if citizens must follow the law, then the government has to follow the Constitution.

“Everyone’s talking about qualified immunity right now,” said Jaicomo, who works for the Institute for Justice in Arlington, Virginia. His wife, Kenzie, a 2005 Fremont graduate, works in the development department at the IJ.

The Supreme Court created qualified immunity in 1982, granting all government officials immunity for violating constitutional and civil rights unless the victims of those violations can show that the rights were “clearly established.” Very precise case law must be cited to prove those rights.

“It requires a victim to identify an earlier decision by the Supreme Court or a federal appeals court in the same jurisdiction holding that precisely the same conduct under the same circumstances is illegal or unconstitutional. If none exists, the official is immune. Whether the official’s actions are unconstitutional, intentional or malicious is irrelevant to the test,” says an opinion piece written by Jaicomo and Anya Bidwell, which appeared in USA Today on May 30. Bidwell also works for the IJ, which concentrates on government encroachment on individuals’ rights.

The USA Today article prefaces with the May 25 killing of George Floyd by Minnesota police.

“But when Floyd’s family goes to court to hold the officers liable for their actions, a judge in Minnesota may very well dismiss their claims. Not because the officers didn’t do anything wrong, but because there isn’t a case from the 8th Circuit U.S. Court of Appeals or the Supreme Court specifically holding that it is unconstitutional for police to kneel on the neck of a handcuffed man for nearly nine minutes until he loses consciousness and then dies,” says the article. “And such a specific case is what Floyd’s family must provide to overcome a legal doctrine called ‘qualified immunity’ that shields police and all other government officials from accountability for their illegal and unconstitutional acts.”

In early 2016, King sued FBI Special Agent Douglas Brownback and Grand Rapids police detective Todd Allen in a Michigan district court, represented by Jaicomo. A federal judge dismissed the case but it was reversed in the Sixth Circuit Court in February 2019.

“We did beat it,” said Jaicomo.

Last fall, Brownback and Allen petitioned the U.S. Supreme Court for a writ of certiorari, arguing that further proceedings are necessary because the case was dismissed by a trial court.

“Per their custom, the justices granted the writ of certiorari (March 30) without comment,” said an article in Courthouse News Service, a nationwide service for lawyers and the news media based in Pasadena, California.

Jaicomo likened the government’s strategy to a “shell game.” He suggests that joint task forces made up of local and federal agents can skirt state law.

“Because members of joint federal-state task forces have power under both state and federal law, they should be more accountable, not less, when they use that power to violate the Constitution,” Jaicomo said in a statement to Courthouse News Service.

A briefing for the case, titled Brownback v. King, will be submitted to the U.S. Supreme Court in September. The hearing may occur as early as October or as late as next spring, said Jaicomo, noting that the coronavirus pandemic has affected Supreme Court schedules.

The appeal stems from a July 2014 stakeout at a Grand Rapids gas station; both officers were dressed in plain clothes. They were looking for a suspect named Aaron Davison, who was known to frequent the gas station and was wanted for a home invasion.

“He was wanted for having stolen empty cans and liquor from his boss’ apartment,” said Jaicomo.

“Without identifying themselves as police, the men began asking James questions and ultimately pinned him against their vehicle,” explains a synopsis on the IJ’s web site. “When one of the men took James’ wallet, James believed he was being mugged, so he did what any rational person would do: He tried to escape. But when he did so, the men tackled James, choked him unconscious, and severely beat him.”

Jaicomo was working for a Michigan firm, Miller Johnson, when he initially took the King case.

“I had developed a niche practice in civil rights,” Jaicomo said.

King, a college student, was walking between two jobs when he was shoved against an SUV by the two officers. Davison was known to purchase a pop every day at the gas station.

“Instead of apologizing or letting him go,” said Jaicomo, the officers charged King with assault with intent to do great bodily harm, resisting arrest and aggravated assault on a police officer, then “went around and forced people to delete video.”

The prosecutor tried to offer King a plea bargain, which would have been an admission of guilt. King took the case to trial and was found not guilty on Feb. 25, 2015.

“The jury must have believed that James was justified,” said Jaicomo. He joined the IJ in August and it took the King case in January.

When the King case first hit the news, it was in the aftermath of the Aug. 9, 2014 fatal shooting of Michael Brown by police officer Darren Wilson in Ferguson, Missouri. Now, it echoes the recent killing of George Floyd.

“It seems like it’s been happening with more and more frequency the last few decades,” said Jaicomo.

With his legal background and a team dedicated to justice at his side, Jaicomo will speak to the nation’s top judges about every citizen’s rights.