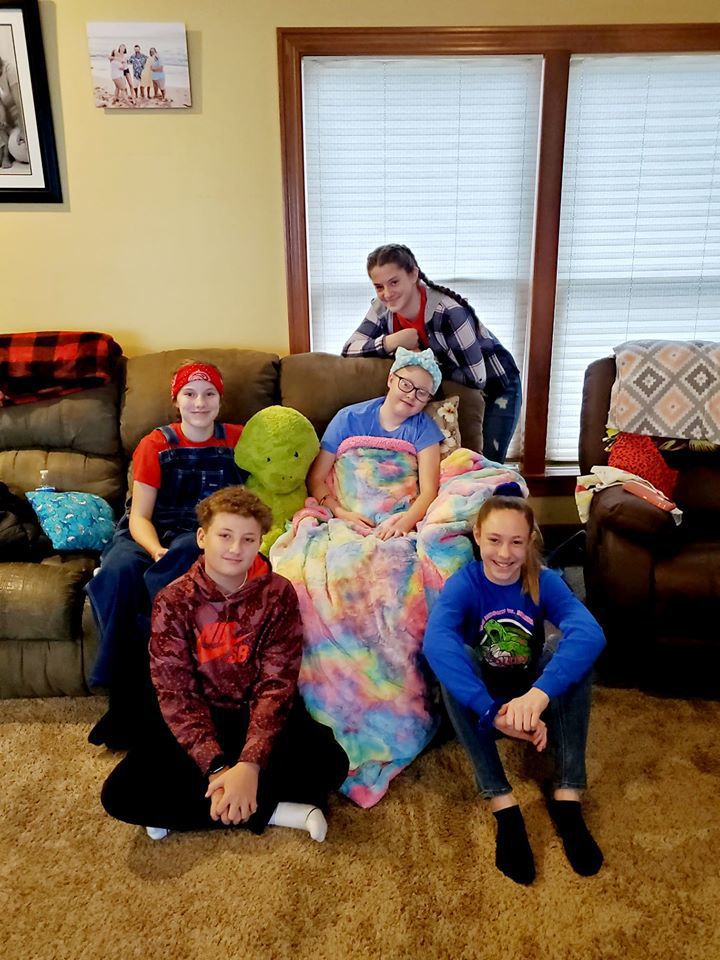 Friends were a constant thing in ConLei's life, even as she battled cancer. Her friends were either visiting her or talking with her whenever possible. 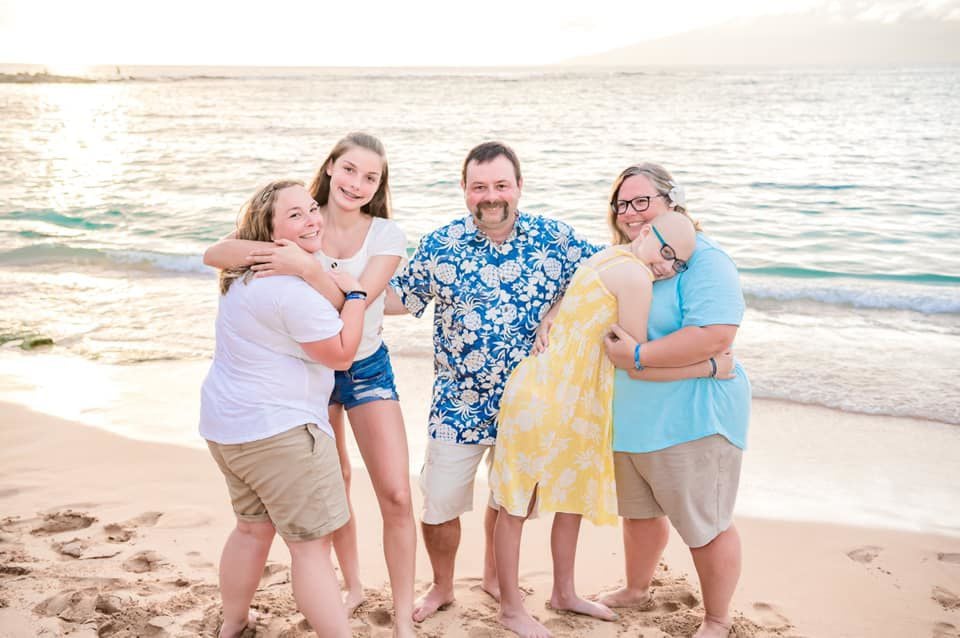 ConLei’s family got to take a Make a Wish trip to Hawaii and took some photos on the beach. Pictured from right are her sisters, Jordan and Sage, her dad, Chris, ConLei and her mom, Jill. 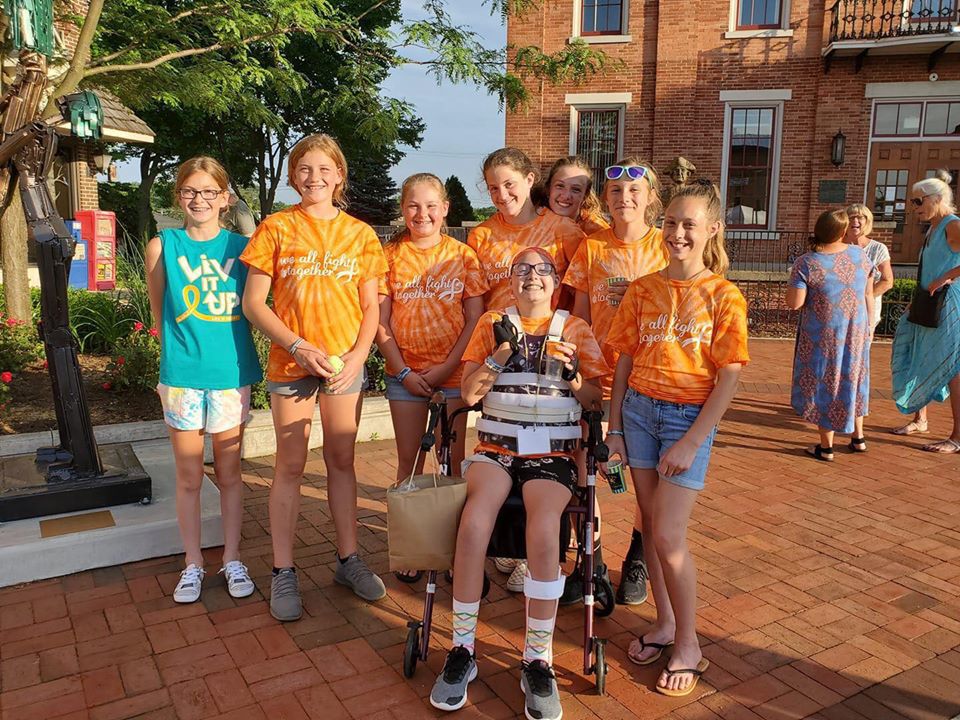 ConLei spent some of the Liv it Up fundraiser in 2019 hanging out with her friends. She was one of the recipients of the funds raised during the event held on Angola's Public Square. 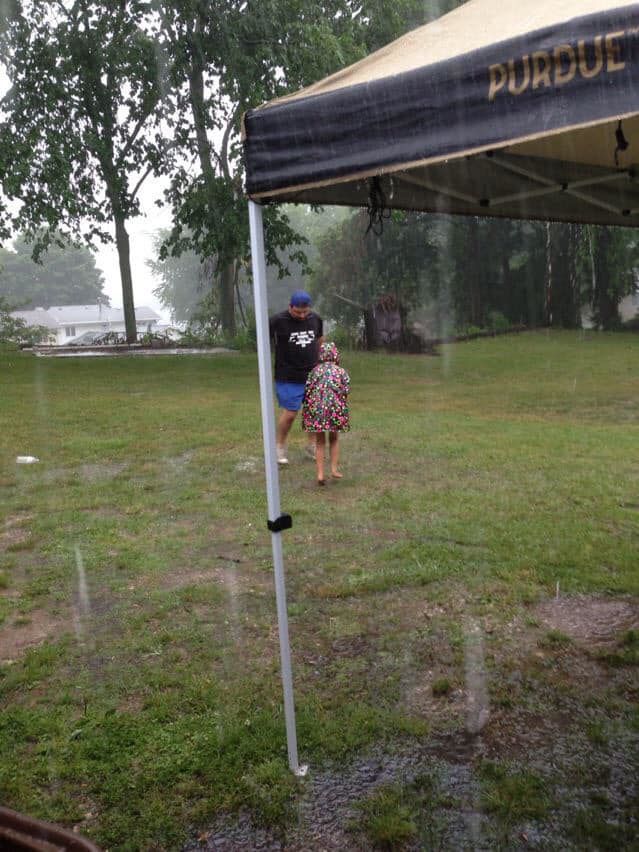 In this photo, ConLei is showing who she is. She's barefoot, playing in the rain and she got dad to go into the downpour to have some fun, too. 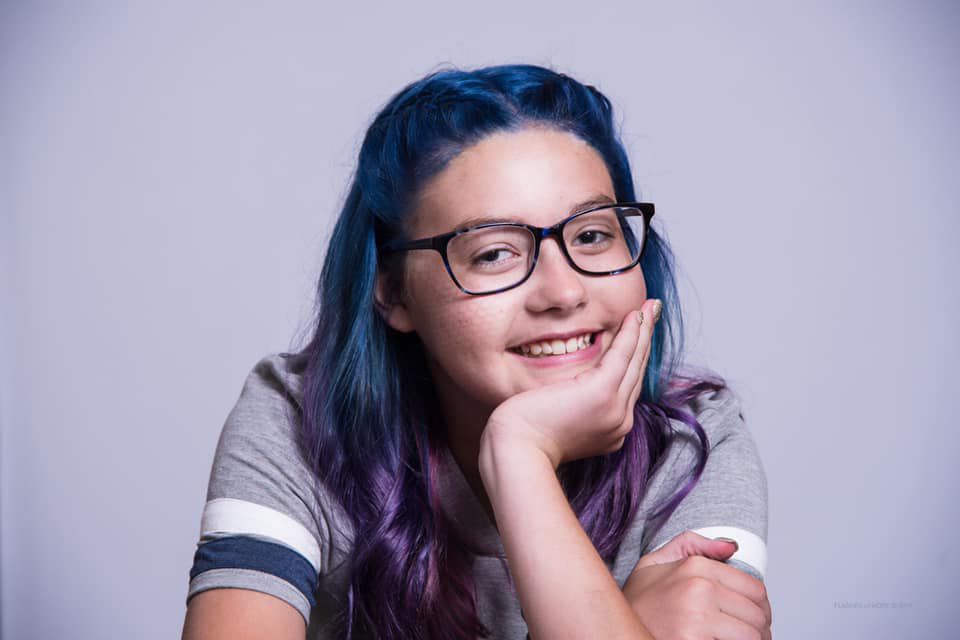 Friends were a constant thing in ConLei's life, even as she battled cancer. Her friends were either visiting her or talking with her whenever possible.

ConLei’s family got to take a Make a Wish trip to Hawaii and took some photos on the beach. Pictured from right are her sisters, Jordan and Sage, her dad, Chris, ConLei and her mom, Jill.

ConLei spent some of the Liv it Up fundraiser in 2019 hanging out with her friends. She was one of the recipients of the funds raised during the event held on Angola's Public Square.

In this photo, ConLei is showing who she is. She's barefoot, playing in the rain and she got dad to go into the downpour to have some fun, too.

BIG TURKEY LAKE — ConLei Walworth spent her life living exactly the way she wanted, not caring what anyone else had to say or thought about her.

Sometimes, she even showed that carefree style by walking around the mall in Fort Wayne in her bright pink robe with yellow smiley faces on it and her hair completely uncombed.

ConLei didn’t care what people thought and was always true to herself, said her parents, Chris and Jill.

“She was my third daughter,” said Jill. “Her class and friends group was very large. She had six super-tight friends, but beyond that it was still so large and there was never any drama.”

One reason for that drama-free group was ConLei. Drama and fighting wasn’t something she would tolerate, ever.

And that friends group never fell away, even while she was battling diffuse midline glioma, the cancer that took her life on Wednesday.

On vacations, including her Make a Wish trip to Hawaii, ConLei always had to buy souvenirs. Not just for herself, but for all of her friends, too. She would bring back shirts, keychains, that kind of thing all for her friends.

Some of those friends gathered Friday with a few teachers and shared some of their favorite ConLei funnies.

One student recalled how ConLei always called it “corn soap” instead of “corn syrup” and when one of them would correct her, she “snotted” into her juice.

Another fun memory came from a volleyball tournament elevator. ConLei asked everyone in the elevator, strangers included, who cut the cheese.

During NWEA testing, everyone was, as expected, working quietly. ConLei thought she heard someone fart and began “scream laughing.” Everyone else was afraid to laugh, but not ConLei. And no, she didn’t get in trouble for it.

“I could seriously write for days on ConLei, she was so easy to love,” said her fifth grade teacher Laura Allen in an email.

As a student, Laura said ConLei was so much fun to have in class.

“She added humor in our day to day classes and it’s hard to find humor in things like explorers or battles but ConLei always found a way,” she said. “I always felt bad for the other classes because they missed out on that ConLei touch in social studies.”

Laura also said ConLei was a “skinny, tall warrior who could serve the ball off the back wall if I didn’t remind her to just put it on the court” in volleyball.

Every practice saw ConLei working to improve her skills and she had a strong desire to give everyone the winning spirit she had for sports.

In the classroom or out on the golf course, ConLei’s teacher and golf coach Allison Hall said ConLei always had a way to make those around her happy.

“Even on days where she had a rough round, she still found something positive to say to someone or something funny she remembered from her round,” Allison said. “ConLei will always hold a special place in my heart and will always be remembered in the little things of everyday life.”

ConLei was one of those students who touched her teachers’ hearts in a “beautiful way,” as Allison put it in an email.

Everyone said Conlei had the most social personality that was contagious.

Dustin Lucas, another teacher she had at Prairie Heights, said ConLei could be talking to an adult, friend or a total stranger and it didn’t matter. She could make friends with anyone.

“She could bring a smile to anyone’s face with her bubbly personality,” he said. “She was a very special student who could spot my sarcasm in an instant.”

He recalled an assignment where students had to create a slideshow with an endangered or threatened animal species.

She earned the title of turtle whisperer because she was always out at the creek near her house, catching turtles. Neighborhood kids, from young to teens, would always be following ConLei and seeing her work her magic with the turtles.

One afternoon, her mom went to talk to another neighbor and that’s when the neighbor told her that she and her children called ConLei the turtle whisperer because of her knack with them.

By age 8 or 9, ConLei was entering fishing tournaments with her dad.

“She was a bit of a legend,” said Jill. “She could use a bait-caster super early.”

The fishing community, said her family, really took her under their wing. No matter how each of the guys fished, they were always checking in with ConLei to see how she did.

A benefit tournament held last fall on their home lake, Big Turkey Lake, saw the most boats a tournament on the lake has ever seen with more than 40 out fishing.

Chances were, if you looked in her lunchbox, you’d see it loaded with sweets because ConLei had a “legendary sweet tooth,” her mom said.

Laura recalled as a teacher and coach one day ConLei got out a brand new tub of chocolate frosting that had been in her lunch.

“I remember saying I sure hope your mom didn’t need that to frost a cake with,” Laura said. “She said ‘this was part of my lunch, Coach, I kind of have a sweet tooth.”’

She always packed a cosmic brownie, too, because she could “get anything in that school with a cosmic brownie.” Apparently, they are like currency in the Prairie Heights cafeteria.

Even through her own battle with cancer, ConLei was taking care of others.

“She took care of everyone,” Jill said. “Through all of this, she worried about everyone else.”

She was the one out advocating for others, child or adult, because it was the right thing to do.

“There is no good way to describe how big her heart was,” Jill said. “Cross someone she loved and she would not back down. She would take it from whoever but cross her sister or her friends and she was out, guns blazing.”

Chris and Jill said people constantly are asking how they can help. Throughout all of this, they said they’ve had people bringing food, mowing their lawn and more. But what they really want is this.

“Do nice things for people,” Jill said. “Stand up for the little guy and be nice to everyone. That’s what we want.”

The hashtag #LiveLikeConlei can be found on social sites such as Facebook, for people that are out doing good things the way ConLei would.

“She lived a very blessed life,” said her parents.