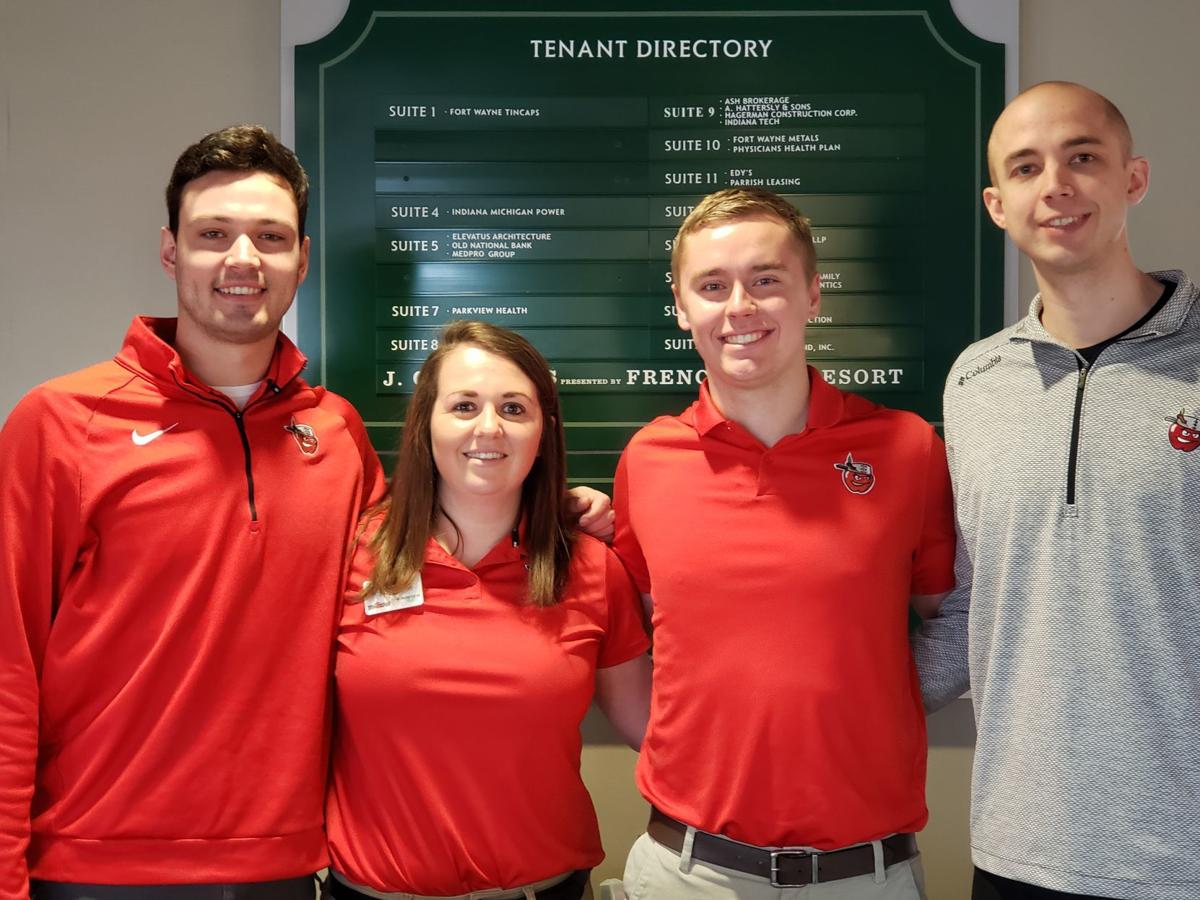 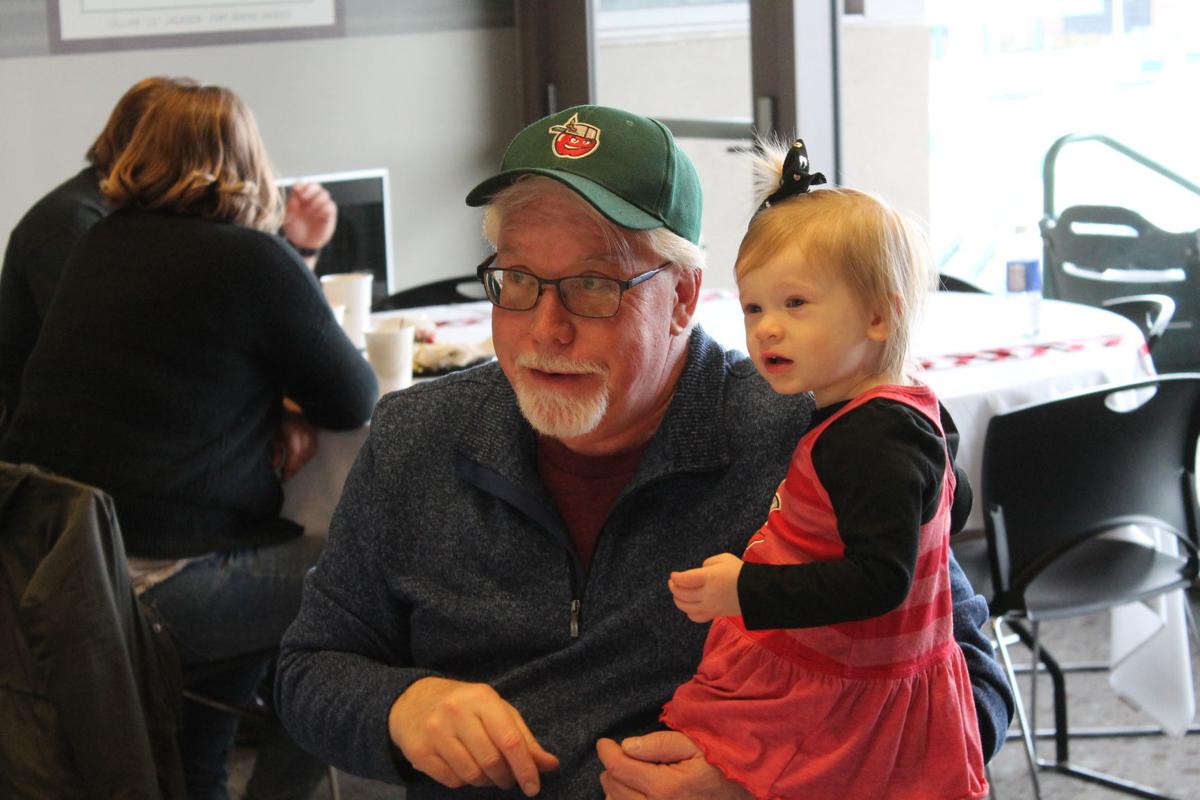 Eliza Gervais, 1 and a half, and grandpa Rob Blackburn watch TinCaps mascot Johnny TinCap at a ticket sales event at Parkview Field. Eliza is the sister of Eddie Gervais, 5, and the daughter of Edmund and Jessica Gervais. 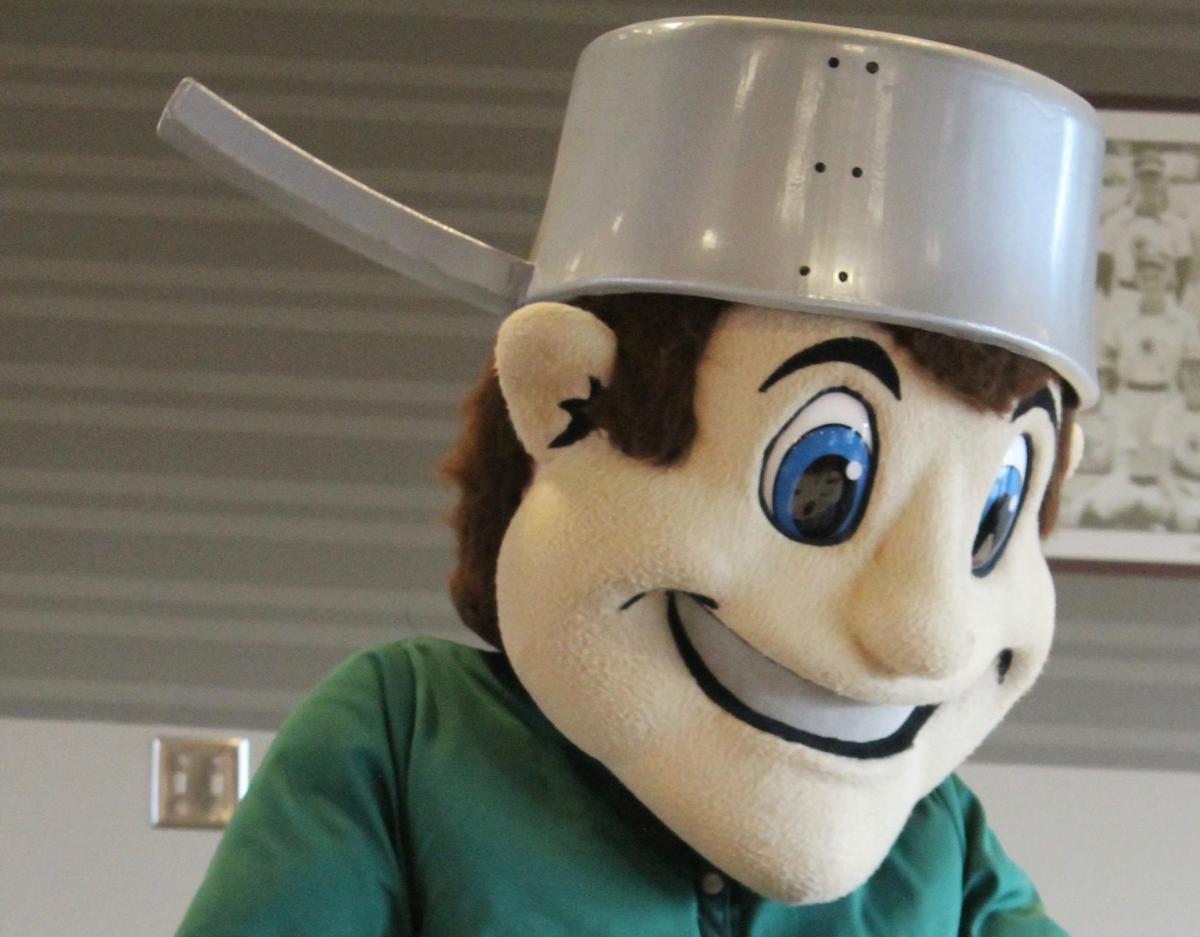 The TinCaps mascot was recently on hand during the opening of season ticket sales.

Eliza Gervais, 1 and a half, and grandpa Rob Blackburn watch TinCaps mascot Johnny TinCap at a ticket sales event at Parkview Field. Eliza is the sister of Eddie Gervais, 5, and the daughter of Edmund and Jessica Gervais.

The TinCaps mascot was recently on hand during the opening of season ticket sales.

The Fort Wayne TinCaps will play 70 home games in 2020, but club president Mike Nutter says Fort Wayne is home the other 300 days of the year too.

When opening day tickets went on sale Feb. 12, Nutter welcomed fans to the Suite Level Lounge of Parkview Field, one of the most highly rated stadiums in all of Minor League Baseball.

“We’ve got a great fan base and it’s nice to really connect with them today,” Nutter said. “It’s been a long winter, but it’s good to have them back in the ballpark.”

“Not many of us (on staff) were from Fort Wayne, but this is home,” Nutter said. “I moved here in October of 1999 to work for The Wizards (the team’s name through 2008) and this is the longest I’ve lived anywhere, raising kids that are out at Homestead.”

He said the parent club, the San Diego Padres, is sending some top prospects to the Single A TinCaps. “We’re hoping to get back in the (Midwest League) playoffs,” Nutter said. “We’re excited to have Manager Anthony Contreras back with us for a fifth year.”

He said many of the team will be high school-age athletes living and playing far from home. “The community really embraces them,” he said. “Some are Latin American players who live with (Fort Wayne) families at their homes. The Padres really care about the players and set up English as a second language courses. Those are mandatory throughout the season. They do a lot to help them get assimilated.”

Even more promotions are planned during game nights this season.

“We have 29 fireworks shows, which is the most of any Minor League team,” Nutter said. “One of the characters from the TV show ‘The Office’ is coming out here.” Leslie David Baker, a.k.a. Stanley Hudson, from “The Office,” is booked for Friday, July 17.

“We also have the tried-and-true stuff, like Thirsty Thursdays,” Nutter said. “I think if we got away from those I would be a former employee because people love them so much.”

Although individual game tickets went on sale Feb. 12, season tickets and group outings already were being booked. All options are now available by calling 260-482-6400 or visiting TinCaps.com.

The TinCaps report more than 20 sell-outs per year during their first 11 years at Parkview Field. Games on the Fourth of July, Star Wars Night, Princess Night and Comic Book Hero Night routinely sell out. The club advises fans to buy their tickets early to confirm seats.

Improvements this year include a new video board and expanded netting to protect fans from baseballs. In 2016, the TinCaps first expanded the original netting to include sections from the home dugout to the visiting dugout. In 2020, netting will be extended to protect all seating areas in foul territory and most of the Huntington University Picnic Pavilion.

The TinCaps are currently hiring seasonal employees. Job seekers can apply at TinCapsJobs.com.