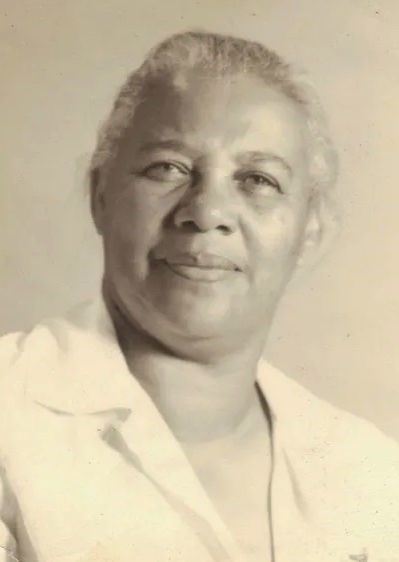 Mama Joe, Carol Butler’s grandmother, is the subject of her recently published book. 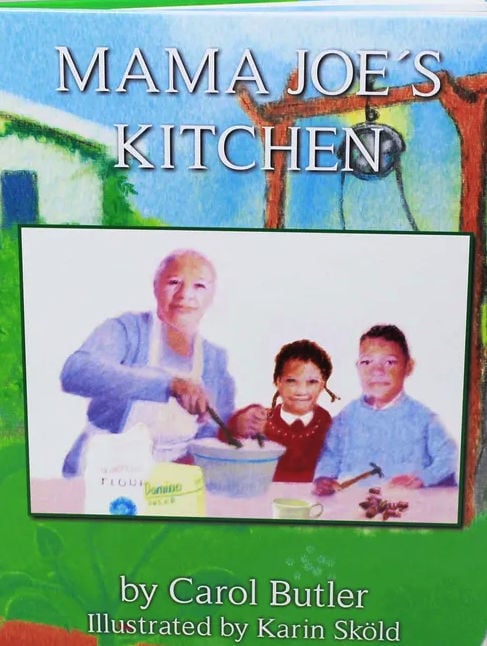 Mama Joe, Carol Butler’s grandmother, is the subject of her recently published book.

FORT WAYNE — Carol Butler never planned to be an author and after having her first book published, the many school children she read to always wanted to know when she would write another. This year, she had an answer.

After telling the story of a local hero in her first book, published in 2013, the northeast Fort Wayne resident wanted to dig into her own past.

Butler describes her new book, “Mama Joe’s Kitchen” as “not so much a collection of stories but of my memories as a little girl.”

Though all the characters in the book have fictitious names, the passages retell Butler’s experiences growing up around her family members, and how they were all brought together under their grandmother, who Butler affectionately referred to as Mama Joe. Through the eyes of the book’s main character, Lauren Claire Austin, Butler describes life in rural Georgia during the 1950s, including her memories of playing with her cousins, spending time in the woods or at the one-room schoolhouse where grandmother taught. Of course, some of fondest memories are of her grandmother’s recipes and the time spent in her kitchen.

“That was the nerve center of her home,” Butler said, adding that the title of the book came to her after hearing a lecture by Bryan Collier, an African American author and illustrator who described his own grandmother’s cooking as an art.

Though it took her a while to commit to writing a second book, Butler’s idea for “Mama Joe’s Kitchen” was sparked around 2012 when one of her cousins gave her a suitcase from her grandmother’s house, which contained several items from around her home — photos still in their frames, graduation invitations, an assortment of trinkets her family members had given her.

“One of the things in there was a stack of letters on pale green, almost linen stationary and all tied up in a gold ribbon,” Butler recalled. “After opening it, I determined they were letters my grandmother had received from my grandfather when she was in school in Fort Valley, Georgia.”

The letters were dated from 1919 to just before Butler’s grandparents were married in 1923. Because her grandfather died in 1940, the letters were the closest Butler had ever gotten to meeting him, and the experience led her to write a play titled “The Rose of Love,” which she performed at a family reunion in 2012 before staging it at the Allen County Public Library.

“Instead of just standing and talking about the genealogy of our family, that play really sparked an interest not only in the rest of the family but in me,” Butler said.

As a widow in the 1940s, Mama Joe purchased 60 acres of land in rural Georgia and made sure all of her children received an education. When Butler was a young girl, she was sent from her parents’ home in Atlanta to stay with her grandmother for several months — a period that her book draws from.

“I knew I was very privileged to spend time with my grandmother,” Butler said. “She was a pioneer in her community, and as a little girl staying with her I remember the fun times when she would laugh when the pressure cooker blew up and the potatoes exploded all over the ceiling, and her old car she drove. Because she was very active in the community and in her church, she was very independent and when she was finished working at the school, I would ride with her to different meetings where people were gathered.”

“I tried to put those stories that I could remember together, and I gathered some other things from different members of the family who are older than I am. There’s not very many of those people left.”

One of the things several members of Butler’s family recalled about Mama Joe was her insistence on letting the children eat before the adults — a tradition one of Butler’s aunts continues to this day.

While writing “Mama Joe’s Kitchen,” Butler leaned on the experience of working on her first published book, “Genois Wilson, Firefighter: She Dared to Be First,” which tells the story of Fort Wayne’s first female firefighter, Genois Wilson Brabson. The book was illustrated by Teresa Yarbrough, a Fort Wayne native who became Indiana’s first African American firefighter.

After completing her first book, Butler wanted to emphasize that she didn’t intend to make any money off of its sales. Instead, she started a donation program, encouraging social groups, clubs and individuals to donate money to purchase books for schools and libraries. The funds helped her donate 70 books to the Detroit Public Library, and she also donated 50 books to elementary schools throughout Indianapolis — complete with a reading and welcoming of Brabson by the Indianapolis Fire Department.

Butler plans to do the same thing with her new book. Each copy costs $9.99, and she hopes people will donate as much as they can. She and her husband also planned to donate 33 books to elementary schools in Fort Wayne Community Schools this month.

Butler tried to enlist Yarbrough for illustration again, but she was too busy. After asking several people in the Fort Wayne area and coming up empty handed, she solicited work online. After receiving responses from individuals from all over the world, she came in contact with Karin Skold, an illustrator who lives in Nykoping, Sweden. Skold’s portfolio was chock full of watercolor portraits of African women in traditional dress, and Butler felt compelled to ask her if she could draw her grandmother.

“I looked at her drawing and it was like looking into my grandmother’s eyes,” Butler recalled. “I just thought ‘This is perfect.’ Since then, she and I have become like sisters.”

Butler hopes to one day visit Skold in Sweden. After the book was published, she sent a care package to Skold including a signed copy of “Mama Joe’s Kitchen” and a cake made from one of her grandmother’s recipes.

Guests can enjoy a sample of a recipe handed down by Mama Joe during a reading and signing event at the main branch of the Allen County Public Library, 900 Library Plaza, 1-4 p.m. July 13. The event will be in Meeting Room C. Visit lamplighterpondmjk.com to order books for pickup during the event.