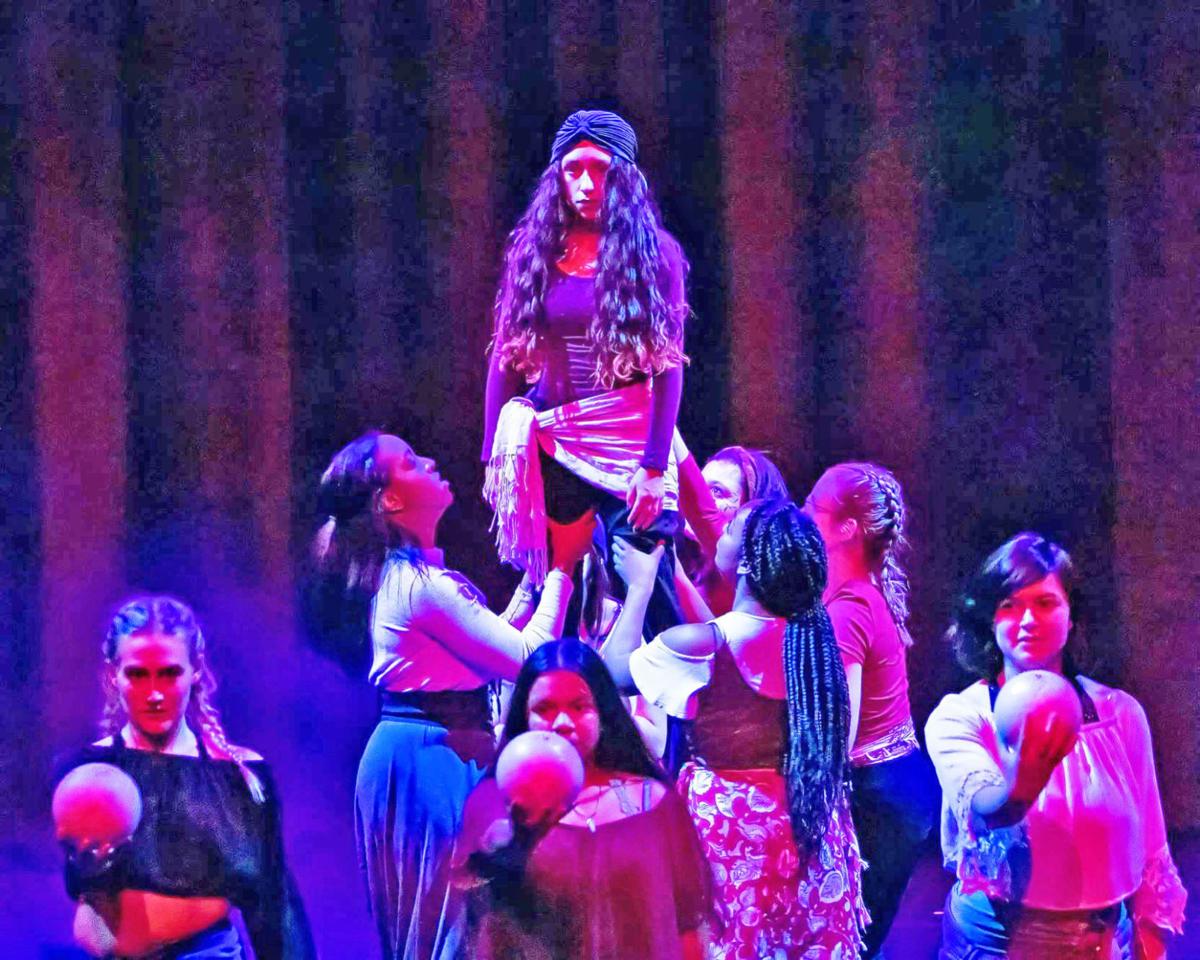 Ghostly figures raise a dancer aloft. Each dance in the Halloween show is the work of a different choreographer. 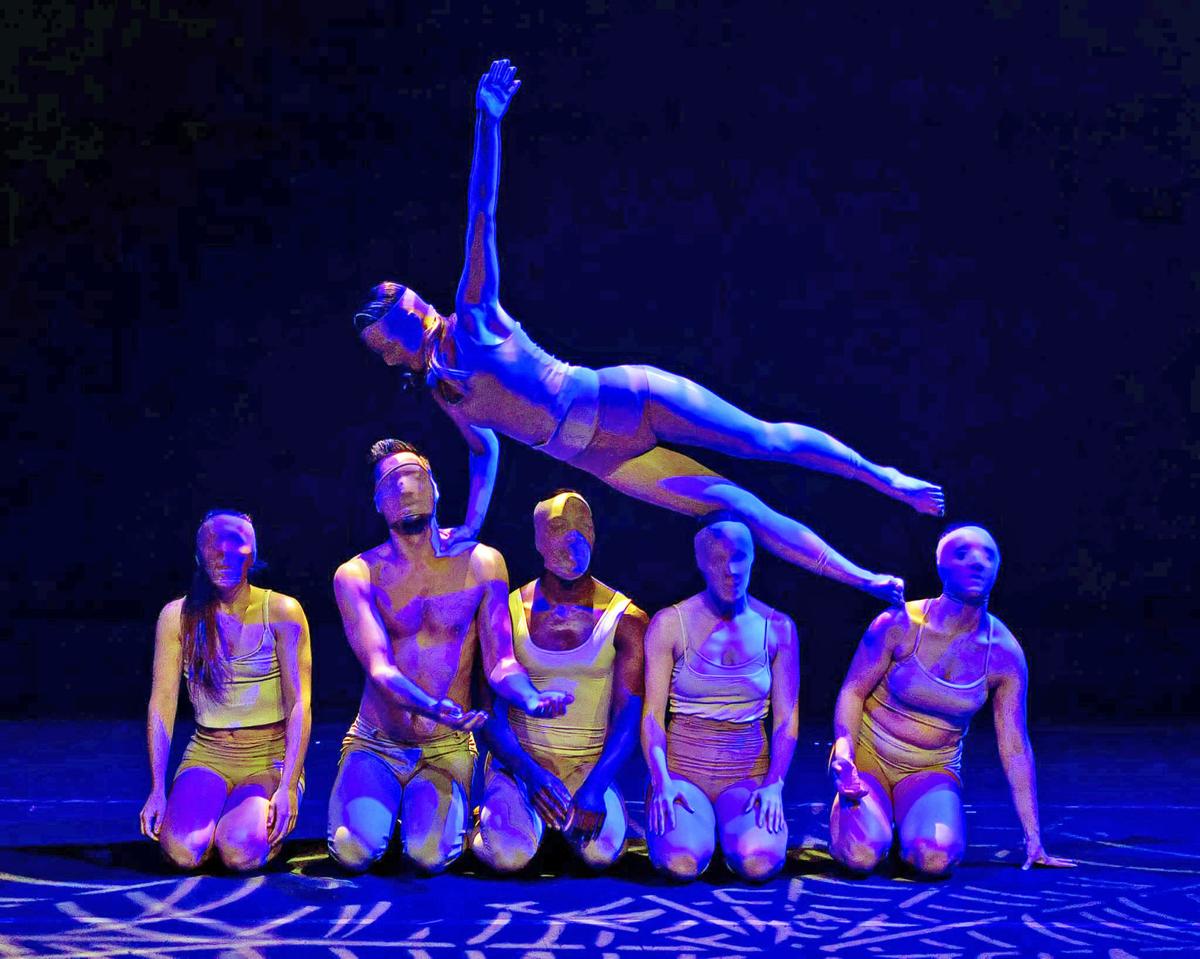 A dancer seems to levitate over a group of dancers in Fort Wayne Dance Collective’s Halloween show. 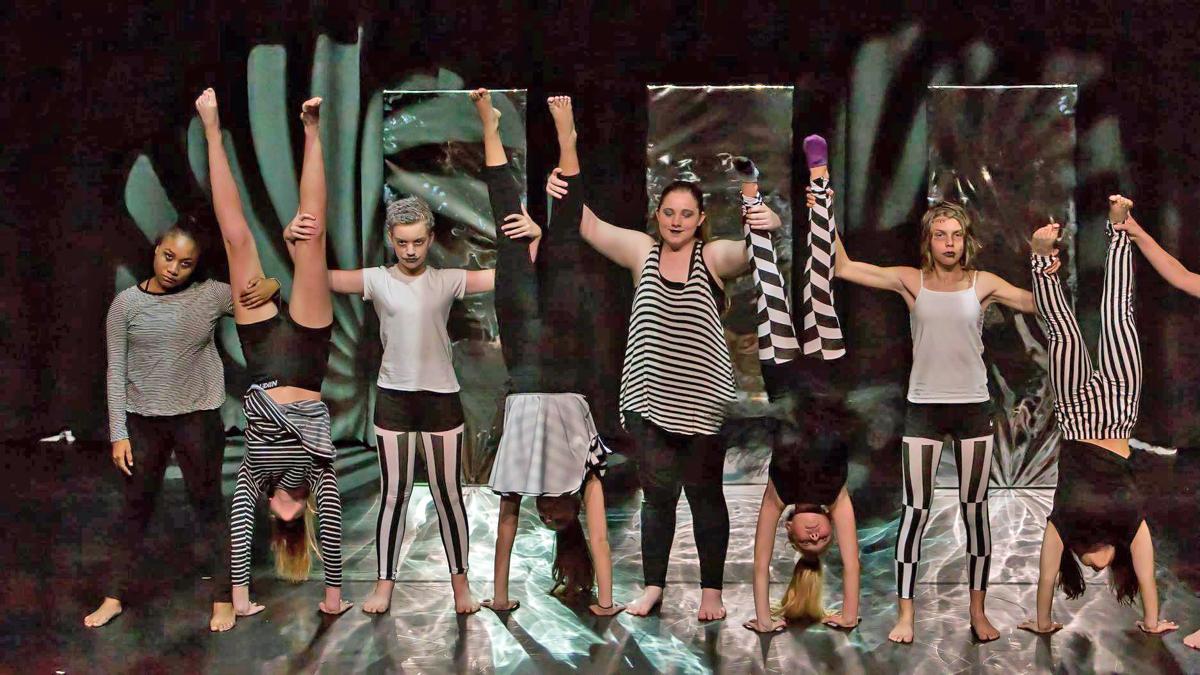 Ghostly figures raise a dancer aloft. Each dance in the Halloween show is the work of a different choreographer.

A dancer seems to levitate over a group of dancers in Fort Wayne Dance Collective’s Halloween show.

The best way to get in the spooky mood the season is to attend the Fort Wayne Dance Collective’s 11th annual Halloween Show.

Three performances of its “Magical Misadventures” show will be presented Oct. 18, 19 and 20 at the Parkview Physicians Group ArtsLab at 300 E. Main St. Friday and Saturday shows are at 8 p.m. and the Sunday show is at 2 p.m. Ticket are $15 and can be purchased in advance or at the door.

Setting for the chilling performance is on the grounds of an old school of magic. Civic Theatre performers Matt Faley and Becca Nelson play the roles of the devious and calculating headmaster and deputy headmistress. Projected images, special lighting effects, eerie costuming and choreography intermix to tell a whimsical story of witches and warlocks. The show’s imagery will combine elements of Harry Potter and Archie Comics’ Sabrina the Teenage Witch.

Dancers of the Collective’s touring and youth companies, along with a number of professional dancers, have been rehearsing since mid-August. Mandie Kolkman, artistic director of FWDC and show director, says the movement featuring hip hop and contemporary dance choreography is designed to set a spooky, even scary, mood. “Showgoers will feel themselves being surrounded and drawn into what we refer to as immersive theater,” she said. “We’ll be ‘breaking the fourth wall’ by including some interaction with members of the audience.”

Lighting effects that will set the show’s changing moods are the work of multi-media artist Diane Gaby of Fort Wayne who has worked with nationally known David Laschapelle of New York City. Instead of theatrical sets, the audience will see dancers move through and around projected art done by North Side High School student and member of the cast, Fiona McKinney.

The performance is unusual in that there are 12 choreographers involved. According to Kolkman, “instead of one choreographer designing all the dances, each choreographer turned in a story line for her dance and then designed it to fit the theme. Costuming was produced from their vision of the piece.”

Kolkman says performances of the show the first eight years were held at FWDC. “Due to increasing popularity, we had to find a larger space. That’s when we moved to the Parkview ArtsLab. And because of its growing popularity we had to add a third performance this year. The show is a bit scary,” she said, “so we are suggesting that children under 10 years old be accompanied by an adult.”

Purchase at fwdc.org, at door (while supply lasts – limited seating) or by calling ArtsTix Community Box Office at 260-422-4226.